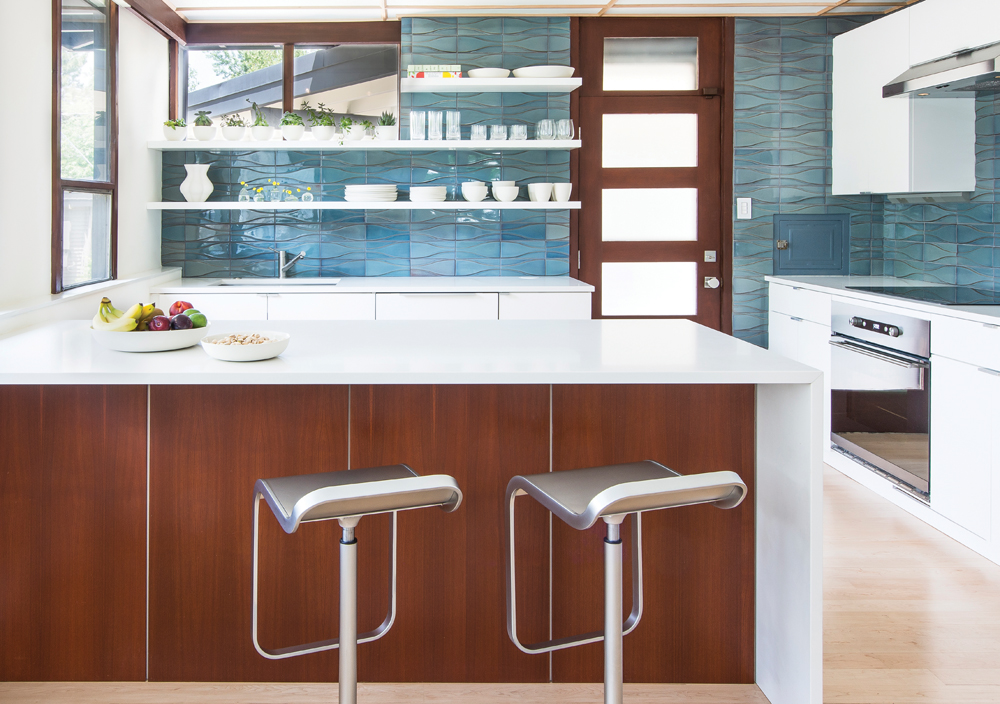 All the tiles that people are accustomed to seeing are made by machines,” says David Clark, a Beacon-based industrial designer. Clark is referring to the bathroom and kitchen tile that we see in commercial and residential applications every day. This tile is mass manufactured with low-quality ceramic ingredients—almost exclusively overseas—and sold everywhere from Home Depot to Wayfair.

Sensing that there might be an appetite in the market for artisanal, handmade tile, Clark started ModCraft out of his Brooklyn apartment in 2004. Beyond the myriad problems that having a ceramic kiln in a small Williamsburg apartment presents, as Clark’s vision for his business grew, he needed more space to keep up with demand. In 2006, Clark and his wife, Mary St. John, both Pratt grads, moved to Beacon to design and make ModCraft’s products in a larger volume.

ModCraft’s specialty is three-dimensional wall tiles. (One stunning example can be seen in the fireplace mantel of Evelyn Carr-White’s home, which is featured on page 36.) Dimensional tile, as it’s called, had its heyday in the `50s and `60s at the height of Midcentury design, when it was used architecturally. (Edith Heath’s tile cladding for the Pasadena Art Museum is one notable example.) While it fell out of fashion for a few decades, ModCraft led the way for a new generation of studios reviving the style. And while dimensional tile may be on trend, Clark’s aesthetics are firmly rooted in the lasting elegance of Midcentury Modernism. “Dimensional tile is not a trendy thing to me,” Clark says. “The goal was always to design something that was timeless.”

ModCraft offers 12 styles of dimensional tile and matching flat tiles. (Prices range from $40 per square foot to up to $90 per square foot for dimensional tile.) Each tile is handmade using high-fire porcelain clay; Clark estimates that each tile is touched 30 to 40 times by hand during its creation. Glazes come in 26 hues, with subtle variations in color due to small-batch firing. “We don’t try and control the variations,” says Clark. “We’re very controlling of the process, but it’s a natural thing that happens.”

“Even though we might produce hundreds of tiles for a job, each one is totally different,” says Clark. And that slight variation, that authentic mark of the human touch, he says, “is what people want when they’re looking for a handmade product of any kind.”