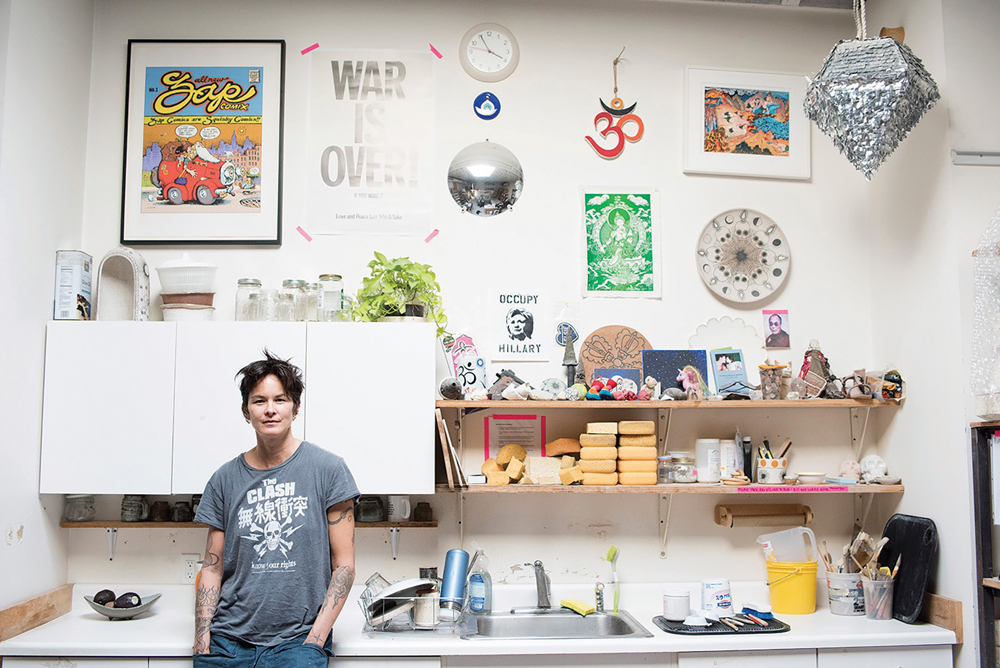 Regardless of its purpose, each object—no two exactly alike—shares a common goal: “I’m hoping that it visually sparks a reminder to love and care for yourself and others, live your life, and breathe,” says the artist, who has cited Yoko Ono and Maurice Sendak as inspirations. “I’m not sure how I try to achieve that. I think I just try to do it for myself and then share the work it inspires me to make.” 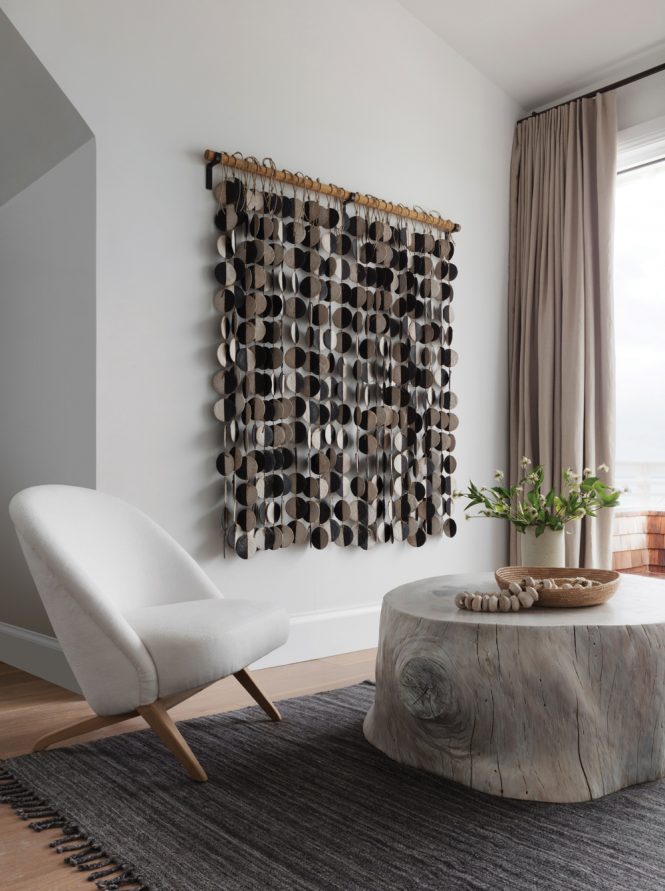 Quan grew up all over Vancouver, attending eight different schools, and found refuge in art rooms, drawing. In 1984, she moved to New York City to attend Parsons School of Design, but life had other ideas. “I got a job at a restaurant called Indochine and a nightclub called Area, got way distracted, dropped out of school in my second year and then modeled for six years,” Quan says.

In 1991, she founded Me&Ro Jewelry with friend Robin Renzi. The two parted ways 12 years later and Quan gave birth to a daughter in 2003, then rediscovered a medium she’d only dabbled in before. “Wracked over what to do next in my life I decided to take a ceramics class just to start working with my hands and get some flow going,” she says. 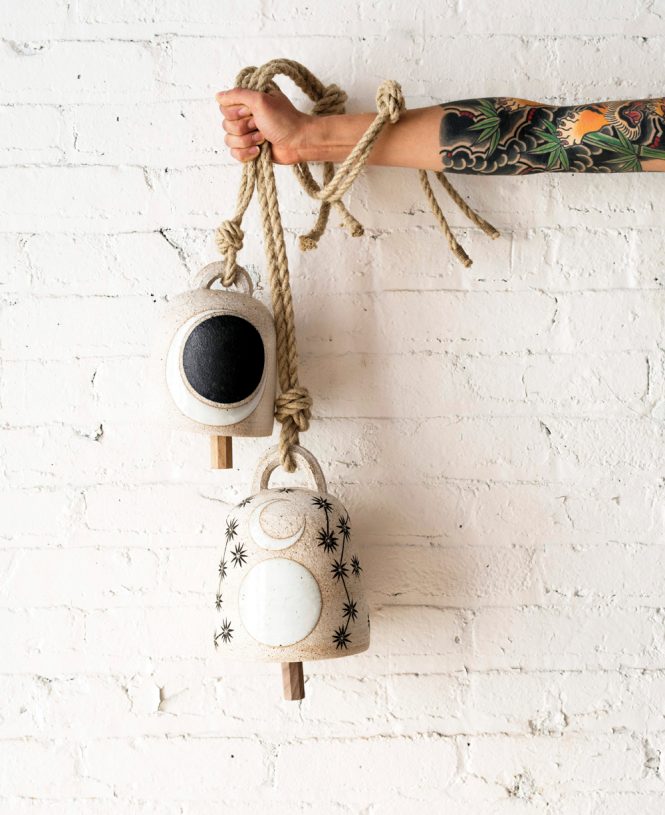 The clay felt good, and the bug bit hard: one class became two and then three, and Quan found herself renting a studio in the Williamsburg building occupied by sculptor Arnie Zimmerman (now of Hudson). “I called it Macho Studios,” says Quan. “No heat or AC, the water was downstairs, a stinky forklift, a kiln that would stall near the end and take at least four hours too many to get to temperature. I was there for four years and loved it. When Arnie sold the building, I moved to New Clay Studio in Gowanus. I called it Princess Studio because it had heat, AC, a drain in the floor to hose down all the clay dust, beautiful skylights, in a quiet residential neighborhood. And the kiln fires off by 7 or 8pm. No more huddling near the kiln at 11pm in the winter.”

Quan considers her pottery, which is either hand-formed or thrown on a wheel, “a canvas for my love of drawing, painting, text, and color. Impermanence and interconnection are ideas that I return to often,” says Quan, “drawing inspiration from the writings and teachings of Buddhism and its extensive visual language.” Quan picked up her Eastern influences rambling through the late, great bookstores of New York, poring over both philosophy and design. 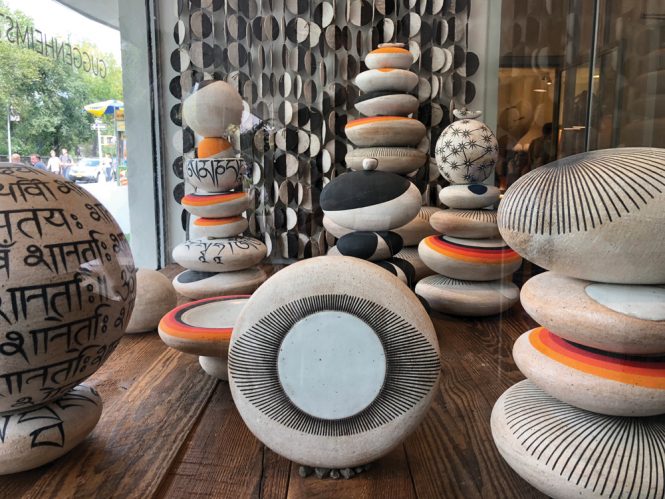 Now, Quan is in the process of transitioning to her latest studio in Saugerties “which is a dream come true,” she says. “In 2001 I had worked with a life coach and dreamt of making ceramics in the country with a garden, compost, and trees. It was one of those ‘if you could do anything, bar nothing’ exercises based on a daydream from a single throwing class I took in 1991,” she says. “I lived in New York City for 36 years and love it there, but I was ready to move. In 2008, I almost bought a house in Bearsville, but the economy tanked and then I was afraid. I am counting my blessings for timing that I got it together in 2019, before COVID. There is no way I could do it now.”

Like her Williamsburg and Gowanus digs, the Saugerties studio has a name: Ratsnake Studio, so named for close encounters. “There’s a huge black rat snake that lives under the stairs at the back door, comes out on sunny days and hangs out on the stairs, takes off to hunt and comes back. At first I was like ‘it’s gotta go!’ But I’ve gotten used to the snake, and this year there seem to be two. I’m really not sure how I’d feel about a bunch of baby snakes, we’ll see. Ack. I’ll take it day by day with that.” 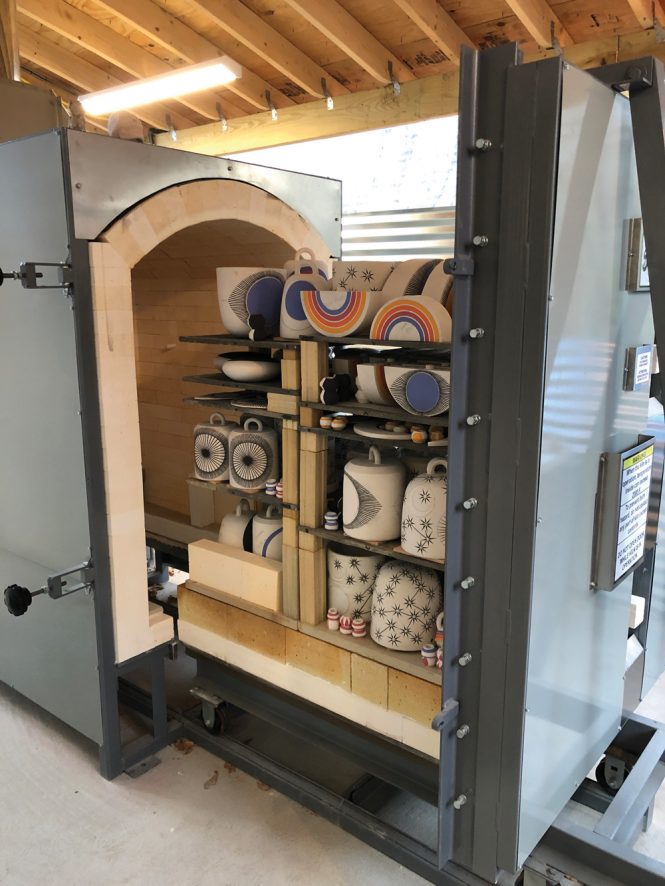 Loaded kiln at Ratsnake Studio in Saugerties. The gas kiln was made by Bailey Pottery in Kingston. Photo MQuan Studio

Quan’s work, which has been characterized by Elle magazine as “haute hippie,” is available through her own website and at select design outlets in New York City including Fair, Cote A Coast, GRDN in Brooklyn, and the Whitney and Guggenheim museums.