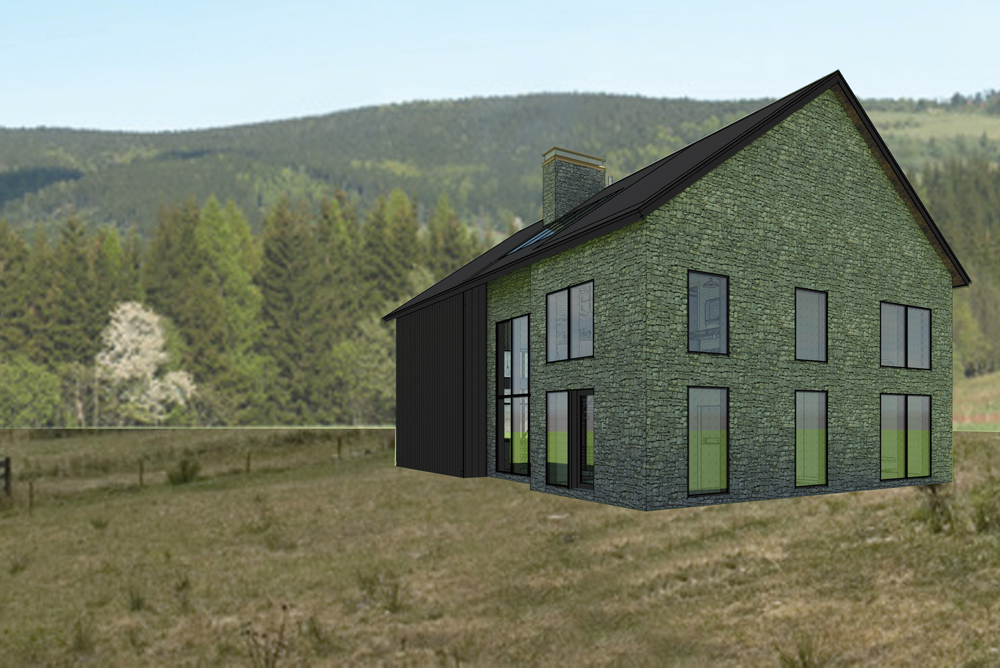 I’ve designed one or two houses that didn’t come into fruition,” says Catskill-based architect Kevin Conklin, whose practice consists of building high-end homes—mostly secondary residences before the pandemic—in Ulster and Columbia counties. He notes that the obstacle is often sticker shock once the construction estimate come in. “Nobody believes the cost of what it takes to build something today,” he says, adding that the recent price spike in materials costs has only exacerbated the problem.

The Contemporary Rustic Barn featured here falls into the above category. The client pumped the brakes once the contracting estimates started to roll in. What’s left are Conklin’s renderings for an open and airy house, sited on land in central Columbia County, that took full advantage of sweeping Catskill views with near floor-to-ceiling west- facing windows in the great room. 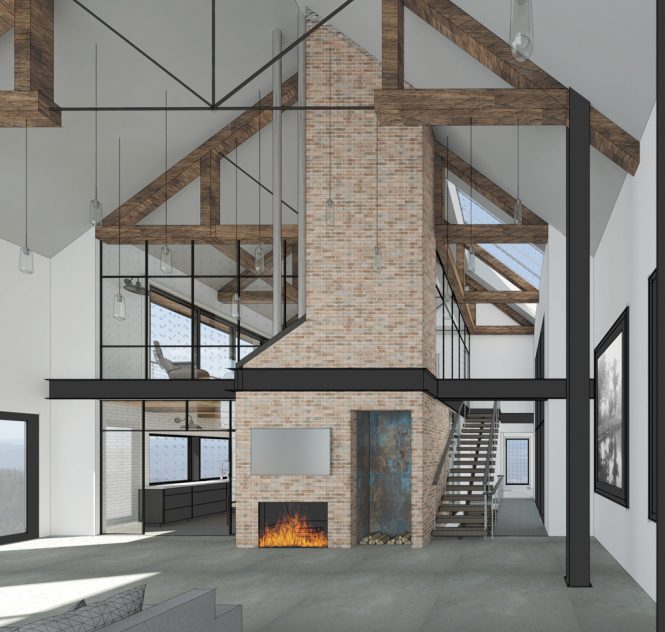 While the original design estimate came in too high for Kevin Conklin’s client, the architect redesigned the structure as a miniature version of the original project, which is currently under development.

The design of the house itself is a mixture of modern materials like glass and steel and polished concrete floors along with the use
of traditional wood and stones. One of the architect’s favorite flourishes is a wood-fired pizza oven in the large kitchen with a massive, butcher-block topped island.

The good news: The client is still working with Conklin, and a new design is in progress. “This is the first time we’ve ever had a whole house not work out and roll right into the design of a second house,” Conklin says. “It was a matter of weeks between stopping one and starting another and we dove right into it.” The revised design is a mini version of the 3,500 square-foot house house (2,000 square feet this time) that will incorporate many of the structural elements of the original house, but without the large footprint and some of the costly amenities. “All the large and grandiose spaces in original plan became more realistic budget-wise. We took the parts of the of the bigger house that he really loved and trimmed the fat,” says Conklin. Just no pizza oven.