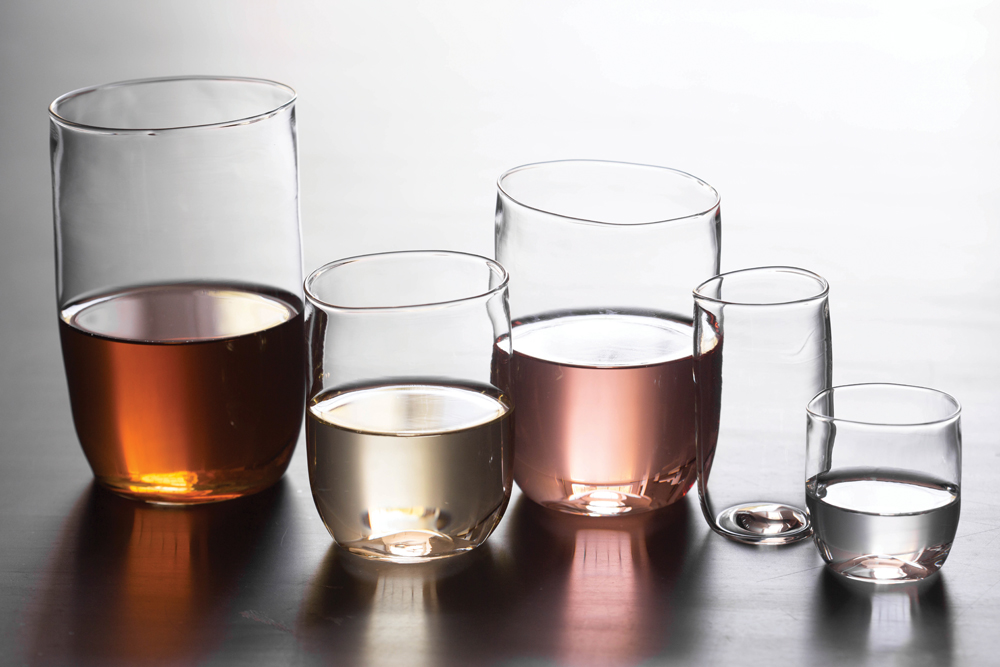 Malfatti Glass artisans Jill Reynolds and Daniel Spitzer recently hosted a socially distant good time. “We wrapped up 50 irregular Prosecco glasses in tissue paper, put them on a table at the end of the driveway and gave them away—some to regulars that we’d emailed, some to random passersby; even the mailman got a pair,” says Reynolds. “We had chalk lines for social distancing, and people loved seeing each other. At 8:00 that night, everyone was invited to ‘post your toast’ online. The theme was ‘To your health!’” 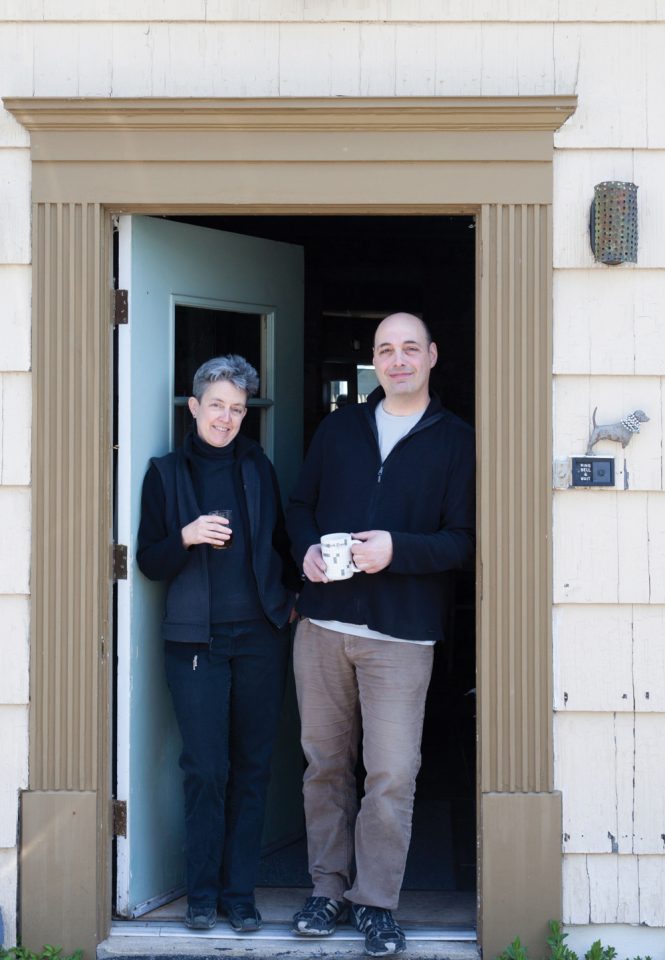 The couple met at a fundraiser for Pilchuck Glass School in Stanwood, Washington, in the early 1990s, and have been collaborating ever since, shaping stunning glassware using only borosilicate glass, hand tools, fire, and their own breath. Spitzer learned glasswork at the University of Wisconsin and joined Dale Chihuly’s Seattle studio. After graduating from Evergreen College, Reynolds worked as a science illustrator at Chicago’s Field Museum “drawing monkey bones,” and then moved back West to work as a visual artist; she never considered glass as a medium until she saw flamework in progress. “It was like having a line in three dimensions,” she says. Reynolds and Spitzer’s glass making and teaching eventually took them to Brooklyn; they moved to Beacon in 2003 to turn a former funeral home into their studio.

Malfatti—“misshapen” in Italian—grew in response to popular demand. Reynolds was giving her handmade glass away to delighted friends when woodworker Jessica Wickham, a Beacon neighbor, asked if they’d share a show booth. “She thought our glasses would look good on her table,” says Spitzer. 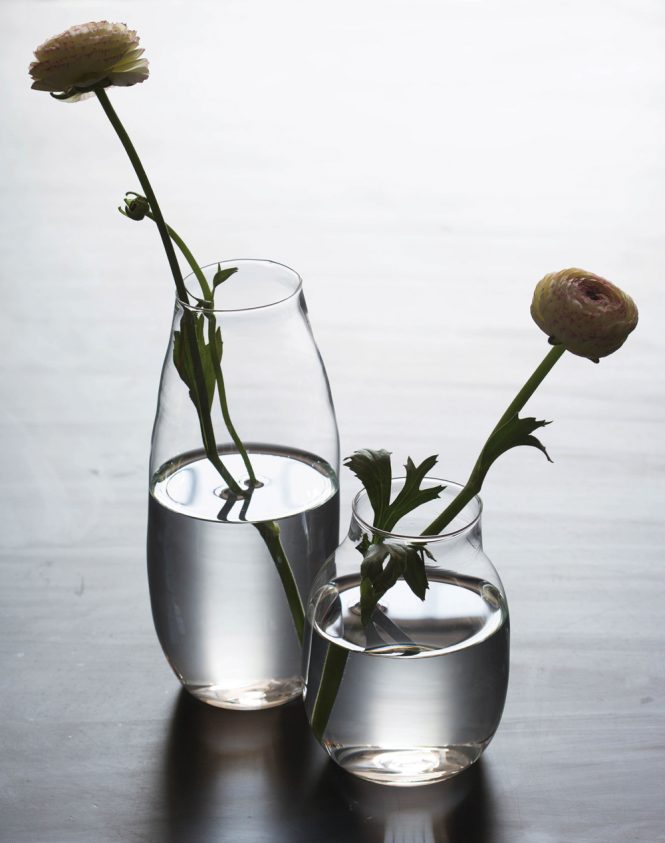 Things quickly took off; today, along with glassware, Reynolds and Spitzer create custom glass installations, sculpture, and chandeliers. “We don’t advertise, really, just social media,” says Reynolds. “Our biggest order, 750 items, came from a Parisian designer on behalf of a wealthy, nameless Middle-Eastern client. And we ended up providing glassware for Gwyneth Paltrow’s rehearsal dinner at Jerry Seinfeld’s place in Amagansett a couple of summers ago. But’s there’s only so big this can get—you can only make so many glasses.”