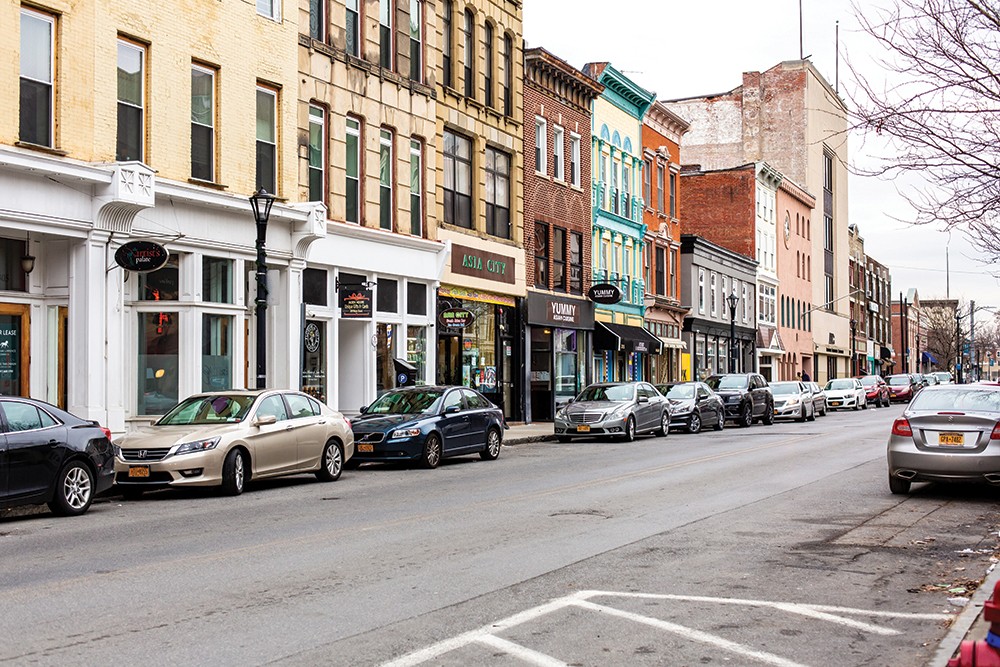 “I sold my Town of Poughkeepsie home a little over a year ago, smack dab in the middle of the seller’s market, when homes were selling for way over the asking price and sellers were getting multiple bids. And even though the world was shut down, the Hudson Valley was busy attracting more hospitality businesses so that when the doors opened again there would be ample tourists flocking to the area. It worked.

But it’s a year later and I’m a year older enjoying my new digs. What’s happening with the real estate market now and what’s changed? We checked in with two local real estate experts to let us know how business is going, if it’s still a competitive seller’s market, and whether the hospitality industry really was helping the real estate market.

Andrew Gates, associate broker with Houlihan Lawrence in Millbrook, says that the current real estate market is still hot and the agency has just finished their biggest two years ever. “This was significantly better than the last peak in 2007,” he says.

Gates explains that it’s still hard to talk about today’s market without mentioning the pandemic, because the pandemic is accelerating existing trends.

“But there are other factors, including the ‘sick- of-the-Hamptons factor,’ such as the Hamptons’ exorbitant pricing, which was a real thing even prior to COVID,” he says. “Our market is still 99 percent driven by demand from New York City. You occasionally will see California and sometimes Long Island and northern New Jersey, but we’ve always been a trickle-down market for New York.”

The Hudson Valley has also become an increasingly popular tourist destination, which, in turn, is driving more residents to the area. “Hospitality is an introduction to the area for a lot of people, the first point of contact,” says Gates. “These places are really lovely and beautifully done, have great food, and are in beautiful settings. And many are cool and trendy, so the visitors will then go on to become buyers.”

“Phenomenal” is how Jennifer Grimes, a licensed broker/owner with Country House Realty in Grahamsville and owner of Red Cottage vacation rentals, refers to the real estate market. “This area has become so desirable that it has fostered new businesses and attracted commercial enterprises to such an extent that there is an influx of employees to work in those businesses and an influx of tourists coming to enjoy those businesses,” she says.

As a result, Grimes explains that the towns are now scrambling to understand how to react to the influx of tourists and residents. “It creates situations that now require town planners to recognize and address thoughtfully, not just for immediate discussion and action, but to give some thought to whether this is sustainable.”

Grimes explains that certain areas in the Hudson Valley were not as well-known pre-COVID, and took a longer time to catch up to the better-known towns. “I’m really looking at Sullivan County, the last county to the party within two-and-a-half hours of New York City, and the rate of hospitality growth has been astronomical,” she explains. It also has incredible natural amenities on par with the Mid-Hudson Valley and eastern Catskills, and it’s been the recipient of much fawning media coverage.

Grimes explains that with the advent of second homeowners putting their properties in the rental pool, vacancy has dropped dramatically. “The level of occupancy of our region’s homes has skyrocketed and, with that, so have the issues that towns are grappling with, like parking, which are symptoms of popularity.”

Gates says his primary business is the luxury market, which is attracting many second-home buyers. “I put ‘luxury’ in quotations because it could be under a million dollars, like a beautifully decorated antique farmhouse for $600,000. I’ve seen bidding wars as much as 30 percent over the asking price for properties up to the $5 million price point.”

Going forward, Gates says that lack of inventory will continue to drive a seller’s market. “I would strongly encourage sellers who are already planning on selling about two to three years from now to move their timeline up to take advantage of market conditions,” he says.

Gates says that most buyers are looking for turnkey properties, so those properties will attract bidding wars. “And those are the properties that are in scarce supply,” he says. “Think out of the box, and look for a house with a problem, like wall-to-wall carpeting that you can rip up or a light remodel and stop thinking that you’re going to buy your dream house. Be willing to roll your sleeves up. If you are willing to buy something that needs some updating, or is historic, but hasn’t been updated, is on large acreage or is in northern Columbia County, or Greene County, then you’ll find homes in places that are great places to live.”

Even though the real estate market mirrors what it was last year and the year before that, it looks like there’s more activity on the hospitality and commercial fronts, which are bringing even more potential residents to the area. The Hudson Valley has become one hopping place to live. It will be interesting to see how it continues later this year.