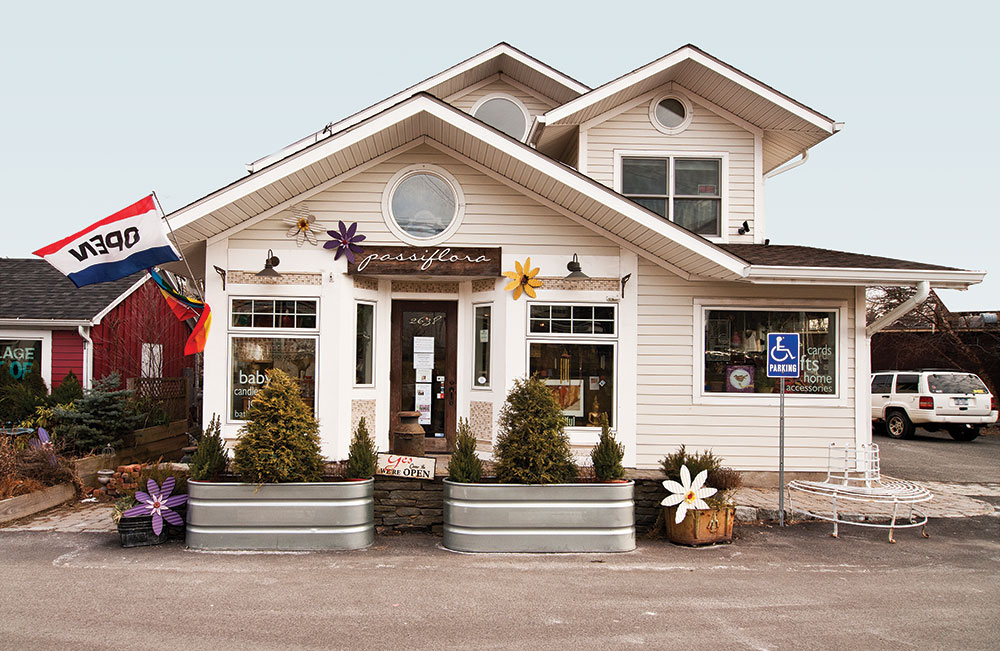 Transportation: Hillsdale is located seven miles from the Route 23 exit of the Taconic State Parkway. It’s a 25-minute drive from the Amtrak station in Hudson and 45 minutes from the Metro-North Railroad station at Wassaic.

Nearest Hospital: Fairview Hospital, in Great Barrington, Massachusetts, is nine miles away; Columbia Memorial Hospital, in Hudson, is 13 miles away.

The hamlet of Hillsdale sits at a crossroads, centered around a single traffic light at the intersection of Routes 23 and 22 in Columbia County. Its 25-minute proximity to hip Hudson and the Berkshires’ tony Great Barrington is appealing, but its unspoiled rural ambience is its biggest selling point. Sylvan farm fields surround Hillsdale, affording stunning views of the Taconic Range. Today, many of Hillsdale’s carpenter Gothic cottages, Federal buildings, and Greek Revival, Second Empire, and Queen Anne homes are being renovated into second homes, upscale shops, and design studios. Hillsdale is a rare place where you can still walk to both a supermarket and a family-owned lumber and hardware store. It’s a perfect blend of new and old.

Incorporated in 1788, the Town of Hillsdale (which includes the hamlets of Hillsdale, North Hillsdale, and Harlemville) thrived in sheep raising and wool production in the early 1800s. Later, the area supported a flourishing dairy industry, with milk from local farms transported via train to New York City. Hillsdale’s recovery from that industry’s collapse in the 1970s has gained speed due to strategic planning. In 2010, the hamlet of Hillsdale was designated a State and National Historic District, enabling homeowners to take advantage of tax credits when renovating . Hillsdale’s new comprehensive plan includes zoning to preserve the scenic viewshed as well as ordinances to protect farmland. A town-wide sewage system was installed in 2008, and this year Hillsdale is putting in new sidewalks, park benches, and lighting.

Roeliff Jansen Park, less than a mile south, is located on a 300-acre former farm that was slated for a housing development until the state acquired it and handed it over to the town. Trails through the fields, which are leased to two farmers, offer miles of hiking; there’s also a playground, dog run, and children’s summer camp. In summer, the park also hosts the Copake Hillsdale Farmers Market. Hillsdale is located on the Harlem Valley Rail Trail, which eventually will link Wassaic Falls to Chatham. Hillsdale is also home to the Falcon Ridge Folk Festival, held in August, which attracts thousands. 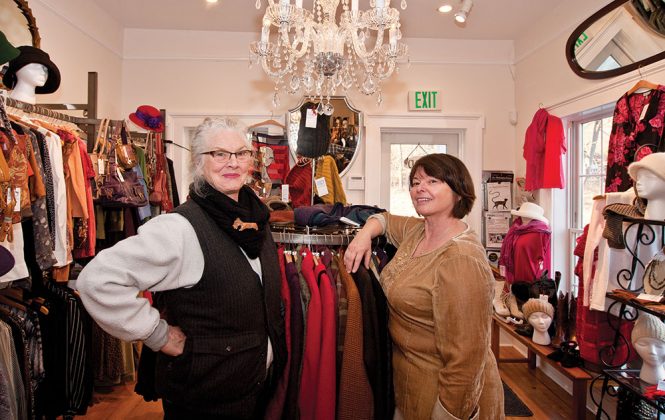 Lynne Chmurzynski (on right, shown with her friend Betzie Bendis) opened Mirror Mirror Clothing at the 1845 Althouse-Higgins House in 2012.

Properties in Hillsdale tend to move quickly, with 20 sales and three properties in contract in the last year. Buying land and building from scratch is another option, with 25 land-only properties on the market at press time, ranging from four to 131 acres in size and $59,000 to $2.2 million in price.