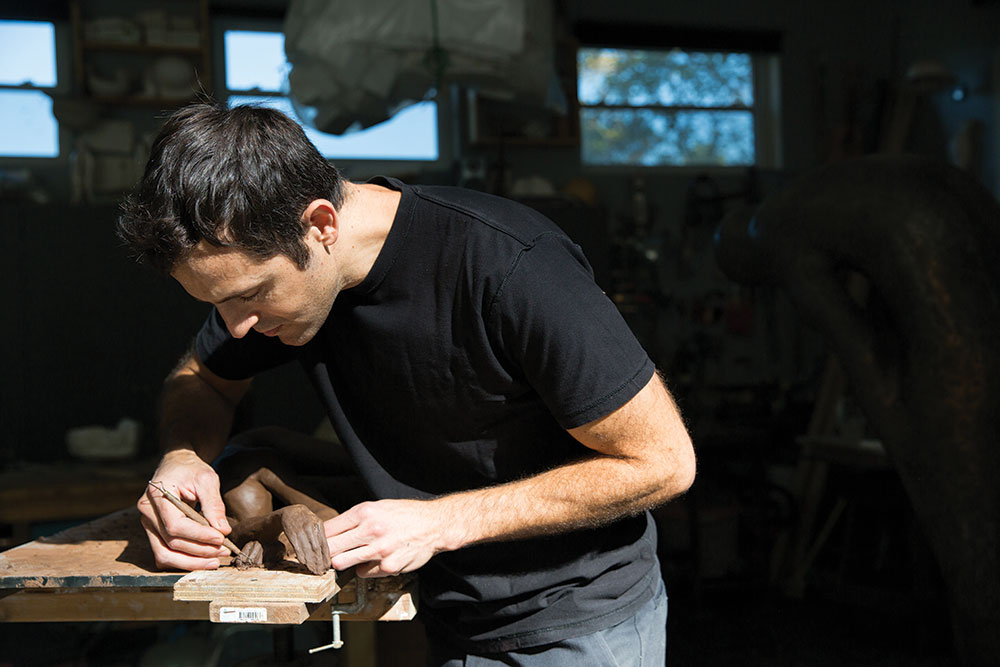 Art school left Emil Alzamora skeptical about whether or not he wanted to continue casting the large, figurative bronze sculptures he had been making in college. His professors had told him figurative was over, but he just couldn’t embrace abstract. So he decided to do something rebellious instead: sail around the world. But as he was preparing to sail out of Spain to begin his voyage, he happened to meet someone who told him about a town on the Hudson River that had the best foundry in the world.

So, in 1998, Alzamora, a native Floridian, put his sailing plans on hold to check out Beacon, then the home of the Polich Tallix foundry (which has since relocated to Rock Tavern). He got a job there, and like all of the foundry’s employees, began using it to cast his own work on the side.

Gradually, Alzamora’s pieces evolved into more fluid, abstract forms, utilizing metals and ceramics, but they remain centered around the human body. “I’m glad I stuck with working in this language, dealing with the body,” he says. “I have a close connection to it, and so does everyone for the most part. To some degree or another, [people] relate to their bodies—they have to, or we wouldn’t be here.”

Alzamora still has his pieces cast at Tallix, but since 2001, he’s been a full-time artist, working out of a studio at his home in Beacon. His sculptures, which employ a variety of materials, including bronze, steel, aluminum, ceramics, wood, and cement, have won substantial critical recognition and have been shown around the world, most recently in Hong Kong and Singapore.