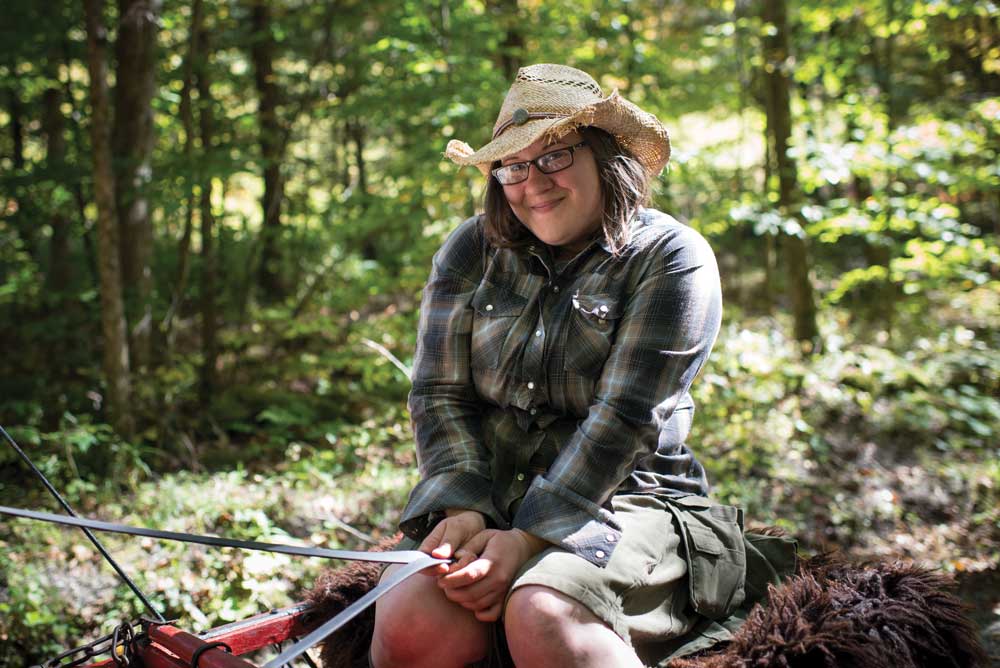 It’s far more common (and some would say common sense) to place the earning of one’s daily bread first in life and the pursuit of driving passions somewhere down the list. But can making a living be combined with making a life? Yes it can, says thirty something Jenna Woginrich, though it’s not necessarily easy.

Almost a decade ago, Woginrich began working toward trading a career as website designer for companies like Orvis and Coldwater Creek for her dream position: a mash-up of homesteading farmer, blogger, book author, and workshop leader. When she quit her final office job, she found her new role as demanding a position as it sounds. She now grows and raises most of the plants and animals she eats, a life that offers no sick days or vacation time.

She does all this on a hilly six-and-a-half-acre farm that emphasizes functionality over photo-ready finesse—shrubs are goat-nibbled, fences rickety. Located in the town of Jackson, Washington County, the property hosts an 1860s farmhouse, a variety of outbuildings, and a 50-creature herd of sheep, milk goats, ponies, bees, chickens, pigs, and rabbits. 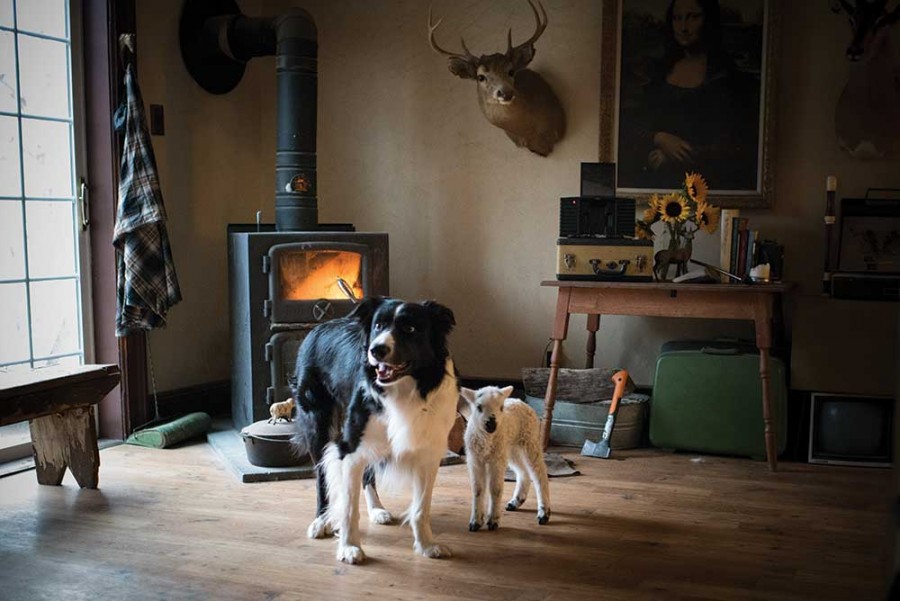 Woginrich pursued her passion for farming on three farms in three states, but when her rented property in Vermont became unavailable, she began looking at houses with land and talking to banks. “They sort of laughed at me,” she says. “I was a single woman renting a cabin for $600 a month, and they basically told me to come back when I had $12,000.” Fortunately, she found a “great” mortgage broker who coached her on finances and told her about a USDA program designed to place people in rural houses.

Her current property is the first she’s owned, as well as the place that allowed her to completely untether from an off-farm office. Her list of homestead hobbies is a long one: She knits wool spun from her sheep, takes Merlin, her Fell pony, on riding adventures, practices archery, falconry, and fiddle playing, and trains a border collie.

Unfortunately, food sufficiency does not pay other bills. Enter the Internet. Woginrich, began chronicling farming adventures after a 2006 move to Oregon so she could update friends and family. When a friend suggested she write a book on farming for renters, she did an online search for possible publishers and discovered Storey Press, a cornerstone of the back-to-the-land movement of the 1970s and ’80s. She studied their proposal guidelines, then called and pitched her book. They were interested—not in her idea, but in her. Why don’t you write a memoir? an editor suggested, and her first book, Made from Scratch, was born.

This book was followed by four additional memoirs or memoir/how-to hybrids. They’ve been well read and well reviewed; One Woman Farm, her 2013 offering, was recently given the 2014 silver Nautilus Award, a prize for books promoting spiritual growth and conscious living. 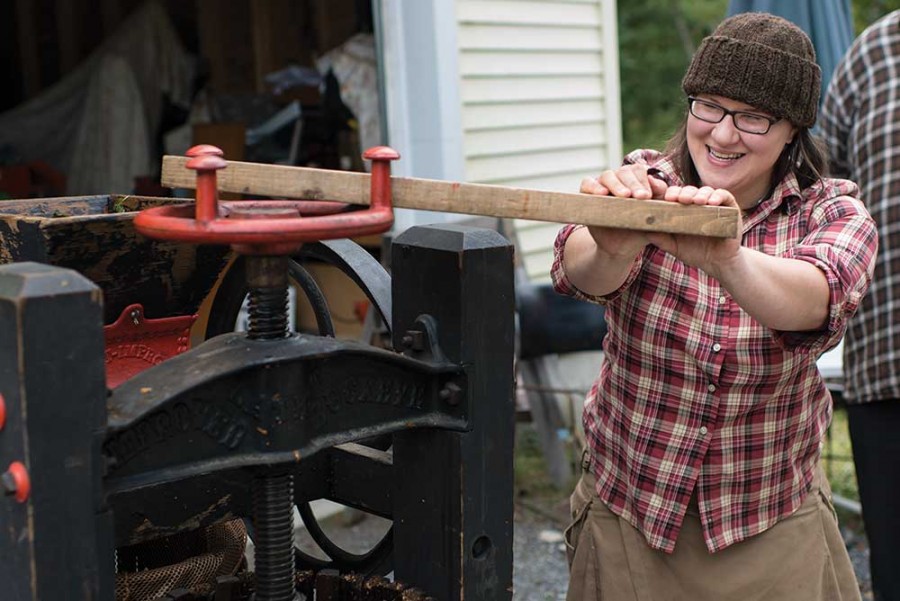 The name of her current book, Cold Antler Farm (Shambhala), is also the name she’s given to every one of her farms. But this book reveals a woman far removed from the dewy-eyed newbie in Made from Scratch. She’s grown tougher, more resilient, turned from farm fanatic to seasoned hand.

Woginrich calls the 2010 move to her farmstead the best decision she ever made. Jackson, a rural southern Adirondack region with a mix of mountain and farmland, is sprinkled with small-scale homestead farms and farm-minded souls. “It’s a blessing,” she says. “It is the most amazing place I’ve ever been. The people, farm, and community here have created the books.”

Her writing’s become more seasoned too, and more widespread. In addition to her own popular blog, Woginrich writes for other well-known blogs and magazines. Her writing helps pay the feed and electric bill, as do the series of on-farm workshops she holds on everything from chicken raising to archery. They are comprehensive and intense: Archery workshop attendees also craft a bow of their own and chicken workshoppers can leave with starter chickens.

But though Woginrich is very expressive of her life’s many joys, her writing and teaching don’t downplay the relentless hard work and financial insecurity she lives with each day.“It’s not a dream come true—it’s a dream I’m fighting for,” she says. “I’ve seen the best and worst of homesteading and the best and worst of the Internet. Someone [on the Internet] once threatened my life because I talked about killing my pig. But I’ve also had strangers offer me their phone number at three in the morning because I’d just posted a blog entry about a lamb that died in my arms and I couldn’t stop crying.”

The book idea Woginrich is currently considering doesn’t focus directly on farming but on the joys and challenges of an “authentic life” spent doing what you love. “It’s not easy or secure working for yourself,” she says. “It was a really rough winter—it was hard keeping fires lit and bills paid. But there’s such passion and import in keeping my life here—it’s become more of a mission than a job.”