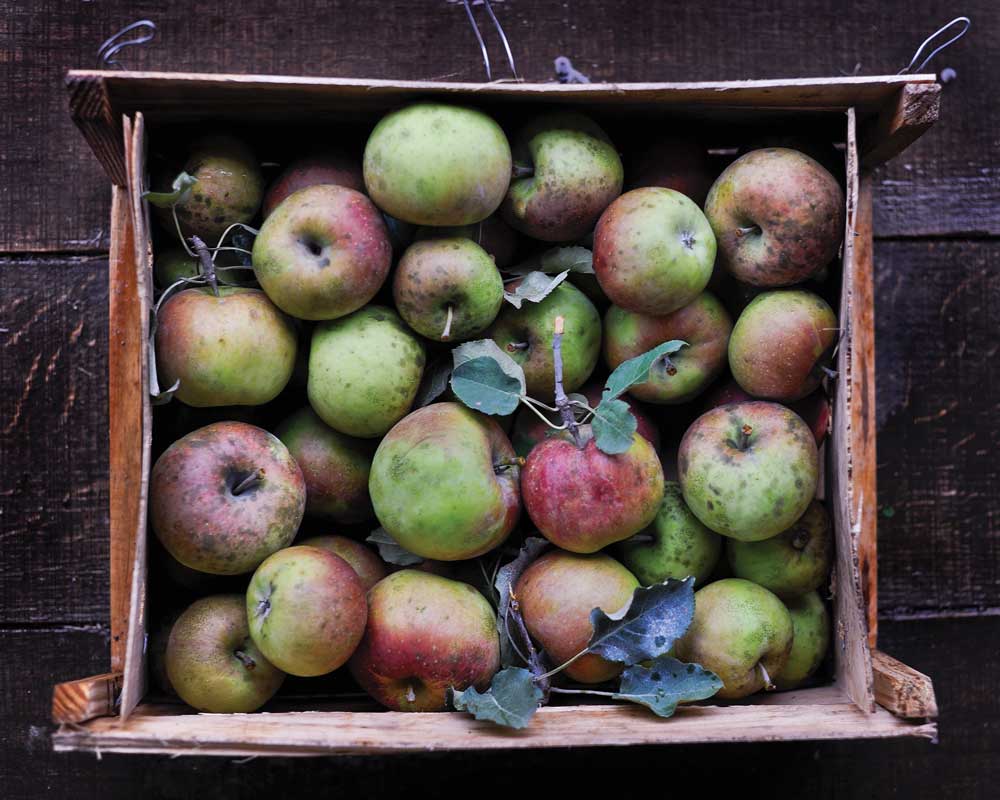 My son, who is nine, is reading Farmer Boy by Laura Ingalls Wilder. Set on a family farm during the mid-1800s in far northern New York State, the story chronicles Almanzo Wilder’s ninth year. It was a busy life. Here’s a somewhat wry description of the plot from Wikipedia: “It describes in detail the endless chores involved in running the Wilder family farm. Young as he is, Almanzo rises before 5 a.m. every day to milk several cows and feed stock. In the growing season, he plants and tends crops; in winter, he hauls logs, helps fill the ice house, trains a team of young oxen, and sometimes—when his father can spare him—goes to school.” Certainly my son’s life is nothing like this.

As you’re likely aware, the Hudson Valley is enjoying an agricultural renaissance. After years of decline in family-run farms and the national mania toward consolidation of production into “agribusiness”—just at the point where the old ways were being lost to memory—farming became hip.

Our area has rich soil and a good seasonal climate. According to Pattern for Progress, the Hudson Valley boasts over 5,000 farms that generate more than $500 million in revenue each year. That’s great, but we all know farmers don’t have it easy. What could improve the success of Hudson Valley farms?

According to a recent study by the Local Economies Project, lack of infrastructure for processing vegetables, meat, and dairy is a major obstacle to successful small- and medium-scale farming. According to the report, “Much of the aggregation, distribution, and processing infrastructure that historically served small- and medium-sized farms was lost as the national food system transitioned toward larger scale, centralized operations.”

Yet without benefactors there would be no renaissance. There are quite a few organizations that have an interest in supporting the natural movement toward farm-life and agricultural renewal in our valley. Players include the Local Economies Project, Glynwood, the Northeast Organic Farming Association, Cornell Cooperative Extension, and Farm Credit, just to name a few. There are organizations on every scale working to strengthen the resiliency and scope of local farming efforts.

The activities, yield, and environmental effects of local farms add so much to the character of this area—what would we be without our views and open spaces, apple picking, CSAs and farm markets, and the dinners in the fields? In this issue we bring you two stories relating to food production and farms.

As Peter Barrett alludes to in his story on page 14, this area used to function as a larder to New York City. Just twenty years ago, while seasonal produce was being grown in the Hudson Valley, it was difficult to obtain here, except for at a few farm stands. Much of it was sold at the greenmarkets of Manhattan and to city restaurants. Subsequently, farmers’ markets blossomed throughout the Hudson Valley, and now our region is peppered with many small markets on every day of the week throughout the growing season, and there are a handful of winter markets as well. Most grocers attempt to sell some local produce, and as Barrett shows us, there are now many ways local food is finding its way to restaurant plates.

Meanwhile, Matthew Benson’s family has made a go of farming in a style that’s distinctively 21st century. With his photographer’s eye and practical hands he developed a pocket of land in the center of Newburgh into a bucolic idyll and thriving community farm. You can see his photos of Stonegate Farm and enjoy his unique approach to the farming conundrum on page 20.

Certainly our lives have changed drastically since the time Almanzo Wilder and his father were flaying wheat on the barn floor for entertainment during tedious snowstorms. The return to small scale farming in our valley brings an exciting opportunity to make the most of new technologies and revive some old ways. The fruit of the effort? Better food in the Hudson Valley, a working landscape, and hopefully, a thriving portion of our economy. I think it also bears mentioning that, as Almanzo’s father would tell you, there is something noble in a step toward self-reliance.