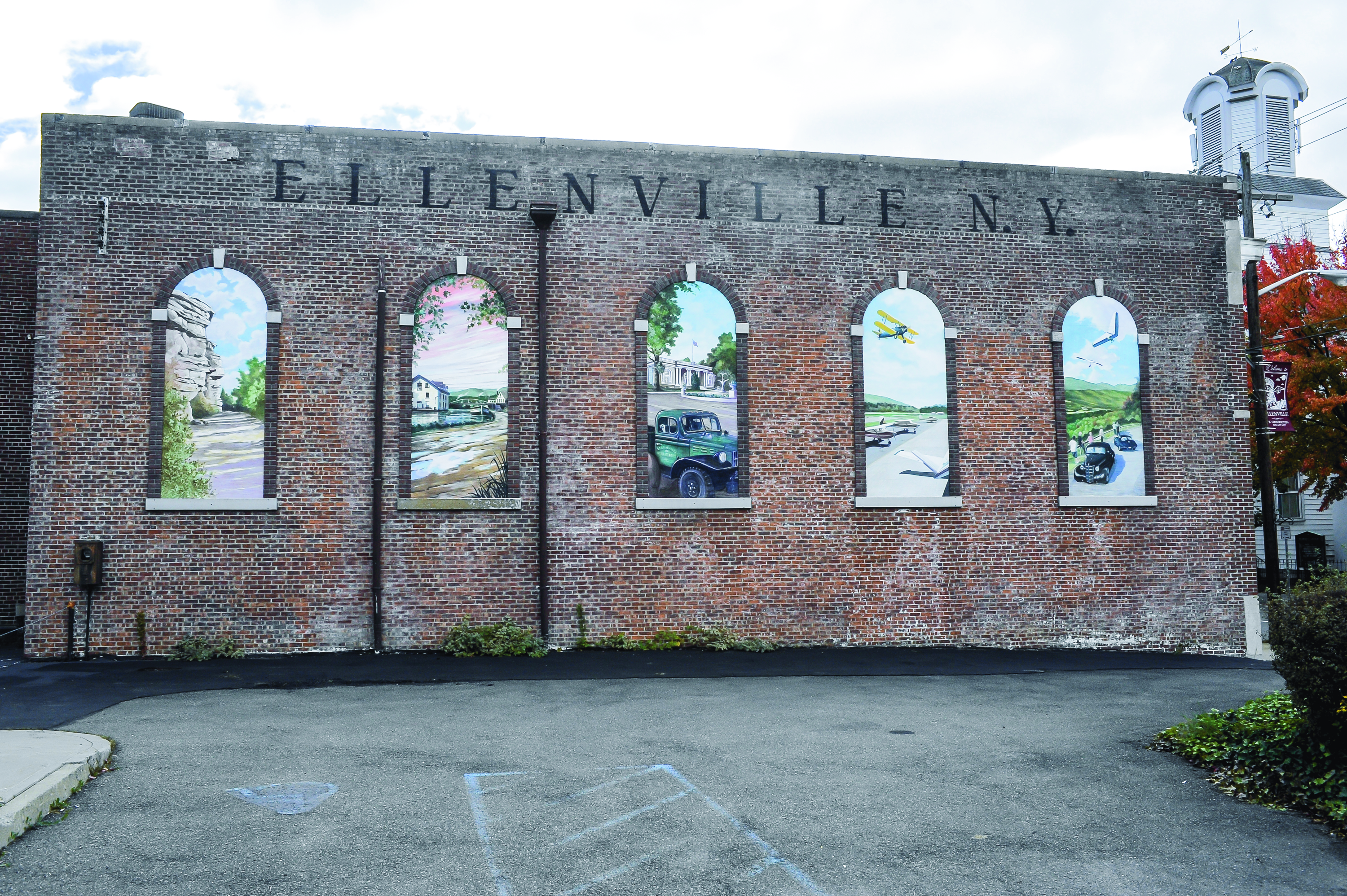 Ellenville packs a lot of history into a few square blocks with its hodgepodge of steepled churches, handsome 19th-century storefronts, gracious Victorians, low-income housing developments, and futuristic, abandoned 1960s motels. The village boomed with the opening of the D&H Canal in 1828, and when the canal was later supplanted by the railroad, it thrived as a summer tourist center, with sweltering city folks flocking to its boardinghouses, bungalows, hotels, and resorts. The closing of the village’s two factories, which once employed 5,000 people, in the early 2000s was a big blow, but there are refreshing signs of recovery: Ellenville has several good restaurants and the region’s only professional theater company. It’s also set in a landscape of unsurpassed natural beauty, which includes the southern Shawangunks, the Catskills, and the Rondout Reservoir, with miles of preserved forest.

Route 52 runs from the center of town up the mountainside to idyllic Cragsmoor, a scattering of Victorian and craftsman-style homes, that started as an artists’ colony in the late 1800s. Nearly 2,000 feet above sea level, Cragsmoor features spectacular views, a tiny library, post office, and charming, Gothic-style Stone Church, built in 1897, which still holds Sunday services. To the north, off Route 209, is the modest hamlet of Napanoch, home to the New York Department of Correctional Services and two prisons. Napanoch features a few restaurant-bars and the Shanley Hotel, built in 1845, allegedly haunted, now in the latter phases of restoration, and open for business (and ghost tours).

Ellenville could serve as a stage set for a drama about broken dreams, but in fact it’s slowly making a resurgence as an entertainment and commercial center. On Canal Street, the restored Art Deco Shadowland Theatre is renowned for its professional productions of award-winning dramas and musicals. Ellenville is also a foodie destination thanks to Gaby’s Café; Aroma Thyme Bistro, which offers live music two nights a week, wine and beer dinners, and other events; and the Italian-style trattoria Tony and Nick’s. The Publik House, located in a former 1960s motel, is another popular hangout spot. Cohen’s Bakery, founded in 1920, still does a lively business on Center Street, while fresh local produce is sold at Barthel’s Farm Market. Nearby, on Route 209, Shoprite, Peter’s Market, a Rite Aid, and a Walmart cater to every need.

But it’s Ellenville’s gorgeous surroundings that are luring people to the area. On Berm Street, there’s a trail leading right into the Shawangunks. Sam’s Point, located near Cragsmoor, is the Shawangunks’ highest point, with dramatic cliffs, waterfalls, a sky lake, ice caves, and a rare habitat of dwarf pitch pines. Guided weekend tours of the “wild caves” area in the warm-weather months are solidly booked. A world-renowned rock-climbing destination, the ’Gunks also attract hikers, bicyclists, runners, and hang gliders, with hang-gliding school Mountain Wings located right in the village. Many residents were disappointed when New York State didn’t select the abandoned Nevele resort to redevelop as a casino, but as a consolation prize, the state gave Ellenville $1 million toward improving its hiking trails. 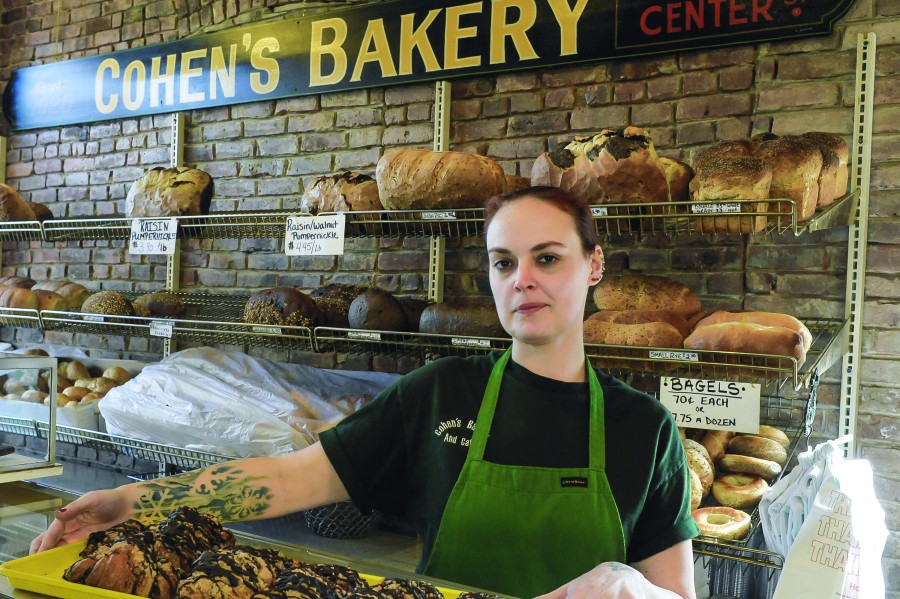 Artsy Cragsmoor is the most desirable area. Recent sales include an 1889 cottage for $365,000, and a converted church, complete with bell tower, on two acres for $299,000. Deals can also be found there: A two-story Colonial in foreclosure sold for $121,500, while a 1950s ranch sold for $96,000. In contrast, a six-bedroom Victorian on well-kept Maple Street in Ellenville is listed for $188,000. A bilevel house, built in 1987 on 1.5 acres on Westwood Street, lined mainly with Brady Bunch-style homes, is listed at $225,000. Many weekenders live in Ulster Heights, west of Route 209, where a bi-level ranch with 11 acres, set back from the main road, is listed at $199,000. Napanoch’s housing ranges from modest cottages to handsome Victorians. A four-bedroom foursquare built there in 1920 is listed at $118,000. One of the most unique properties on the market is 155 acres with a private lake and two contemporary  homes for $885,000, seven miles west of the village.