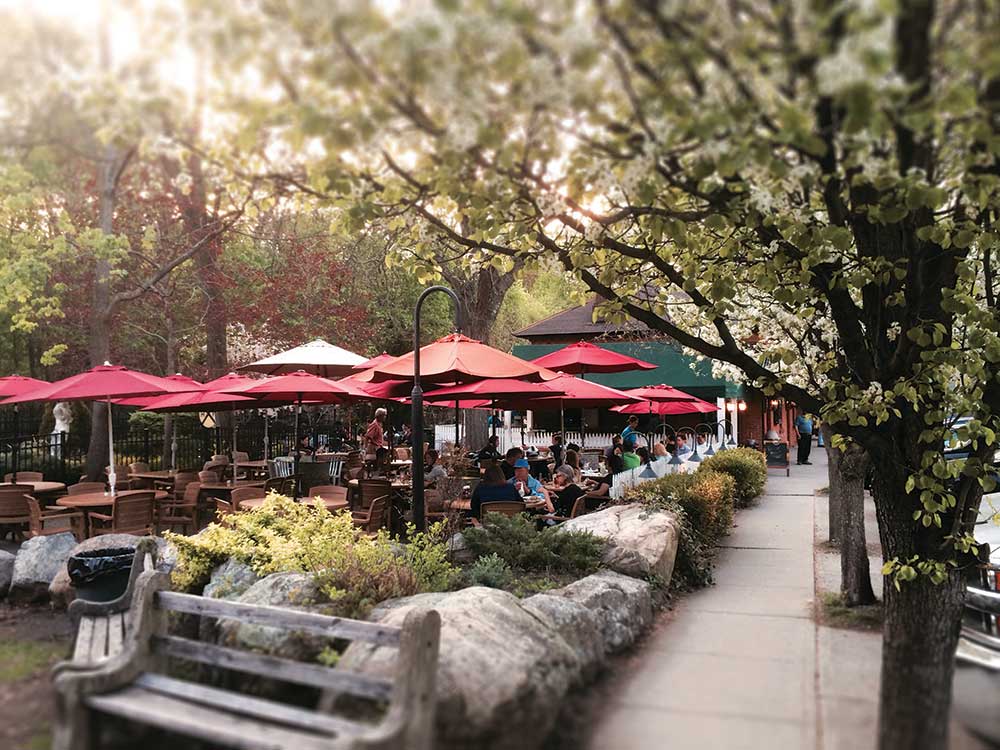 Transportation: Metro-North’s Hudson Line stops at the end of Main Street; the ride to Grand Central takes about 1 hour and 15 minutes. The intersection of Route 9D and Route 301 lies at the other end of Main Street beneath the village’s sole traffic light. Stewart International Airport is 17 miles away.

Nearest Hospital: St. Luke’s in Newburgh is 12 miles away.

Schools: The Haldane SchoolDistrict is widely considered to be one of the best in the area, ranking between an 8 and a 10 on GreatSchools.org. The recently opened Manitou School, located on the grounds of the former Plumbush Inn, is a private school that runs from Pre-K to 5th grade with plans to expand to 8th grade.

For many newcomers to the Hudson Valley, the tiny historic village of Cold Spring serves as their introduction. Located in Putnam County at the Hudson Highlands, the river’s narrowest and deepest part, Cold Spring sports one of Metro-North’s most charming railway stops and a riverfront plaza. Main Street runs downhill toward the Hudson, offering spectacular views for walkers. Covering just over half a square mile and well stocked with shops, restaurants, and galleries, Cold Spring makes the perfect weekend getaway for city dwellers without cars.

Standing near the waterfront gazebo on a warm summer evening, gazing up at the Crow’s Nest and Storm King Mountains towering overhead as the sun sets upriver, it’s hard not to wish to live there. The fact that the waterfront plaza boasts Moo Moo’s Creamery, arguably one of the best ice cream shops in the region, doesn’t hurt either. As the stars come out, it’s tempting to grab a room at the Hudson House Inn and dream of having a quieter life in Cold Spring.

But Cold Spring wasn’t always so quiet. The village took off with a bang when the West Point Foundry opened in 1811, and the valley reverberated with the sound of cannons being fired across the river, lodging ordnance deep in the mountainside that were still being discovered as recently as 1999. The site of the foundry was recently converted into a stunning new park by Scenic Hudson. 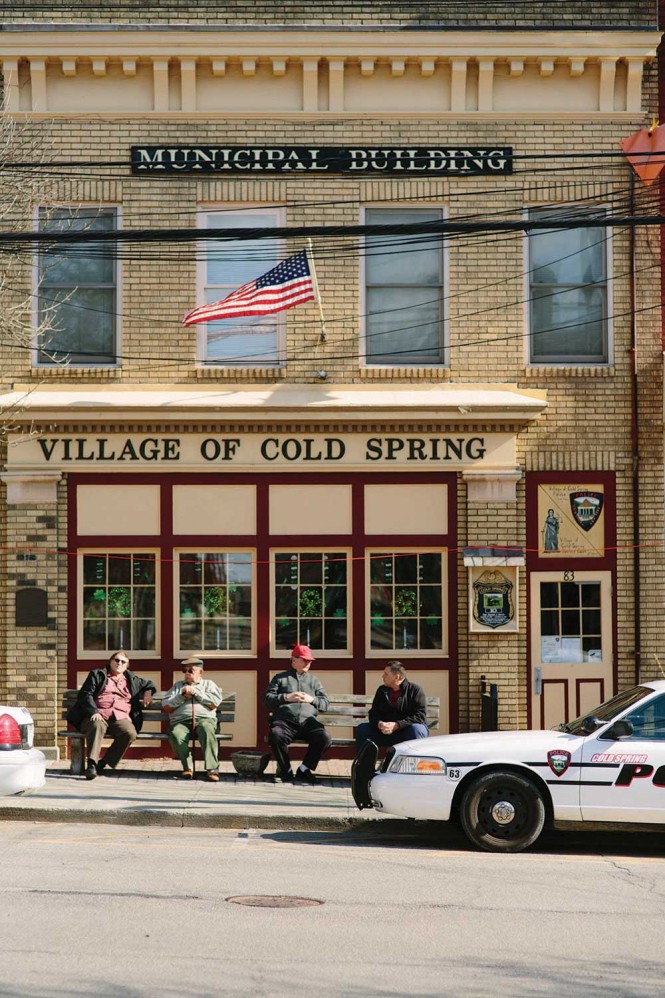 With industry dominating the local economy for years, Cold Spring thrived for a long time as a blue-collar town packed with simple, sturdy homes that have stood the test of time and are now considered historic. Thanks in part to its walkable scale, Cold Spring has transcended its working-class roots to become incredibly desirable for affluent homebuyers drawn to the village’s yesteryear charm.

That charm has also worked against Cold Spring, as younger visitors have tended to find it a bit too tame as well as stuck in the past. Although Main Street bustles on Saturday afternoons, it’s deserted after 8 pm. But Cold Spring is slowly getting younger and more diverse, with new businesses popping up that manage to be hip enough to attract newer residents, but classy enough to appeal to older residents who have lived there for years. Three shops in particular—Cold Spring Apothecary, Cold Spring General Store, and the outdoor goods supplier and fly-fishing hub Old Souls—have an urban rustic aesthetic that heralds the dawn of a vibrant new Cold Spring. While these store’s prices might have caused the town’s traditional working class residents to shake their heads in disbelief, the high quality of the items sold within justifies the costs. In a sense, the stores’ offerings are just like Cold Spring itself: classic, handmade with integrity, and built to last.

For such a small village in terms of both population and square mileage, Cold Spring has a surprising number of options available for home-buyers. Although the median and average prices for homes in Cold Spring are on the high side for the Hudson Valley—$433,000 and $704,943, respectively—the cheapest way to find a Cold Spring address is at the two condominium complexes on the opposite sides of town: A condo just under 1,000 square feet runs $100,000 to $240,000. A two-bedroom luxury townhouse right on the riverfront plaza can be had for $900,000. Larger, historic homes, like a four-bedroom Second Empire Victorian, usually cost just under $1 million.

There’s plenty available in the middle of the market as well. For $350,000 to $550,000, there is a variety of charming 19th-century homes on offer. Since people who move to Cold Spring tend to stick around awhile, buyers need to be prepared to update the interiors.