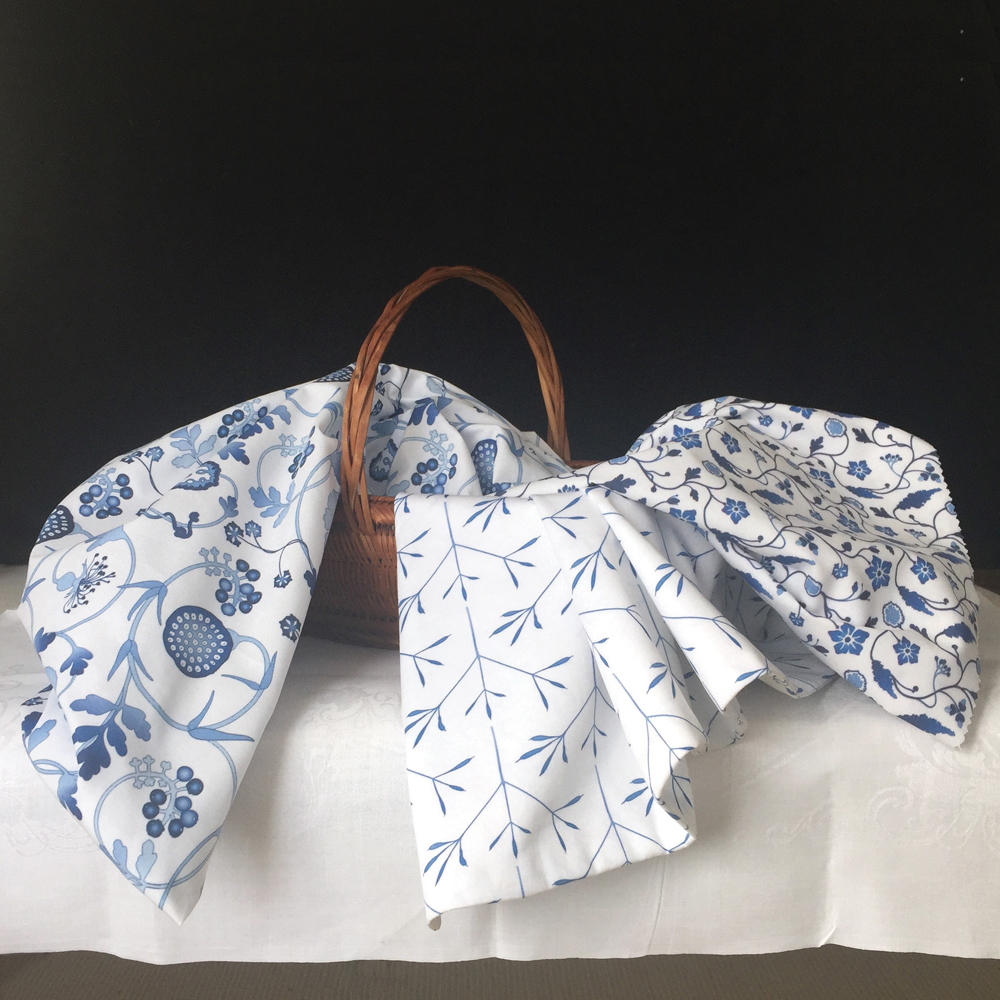 Palampore is a highly prized fabric art created in India in the 18th and early 19th centuries, in which artists handpainted detailed patterns from nature onto wall hangings, draperies, table linen, and bedcovers; the results were cherished by royalty.

Artist Alison Kouzmanoff has updated this method: Instead of depicting elephants and peacocks, she finds her motifs in Hudson Valley plant life. “I was always playing with pattern making,” she says. “Sometimes I dream patterns and then remember them and mess around with them when I wake up. Some work out, some don’t; I’ll draw out an image and then work it up on the computer.” 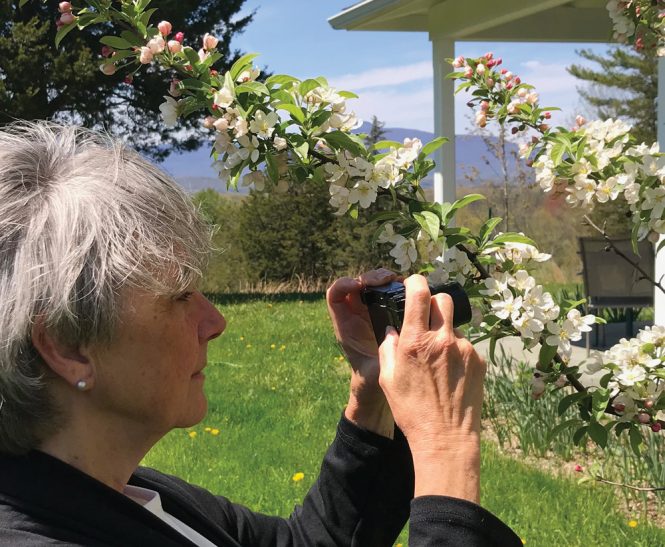 After studying art at Syracuse University, Kouzmanoff moved to New York City and worked as an advertising photographer and a graphic artist for McCall Pattern Company and a chart and map company, making floor plans

and maps for real estate firms. “I love maps,” she says. “I did all the graphics work when the World Trade Center was sold.” 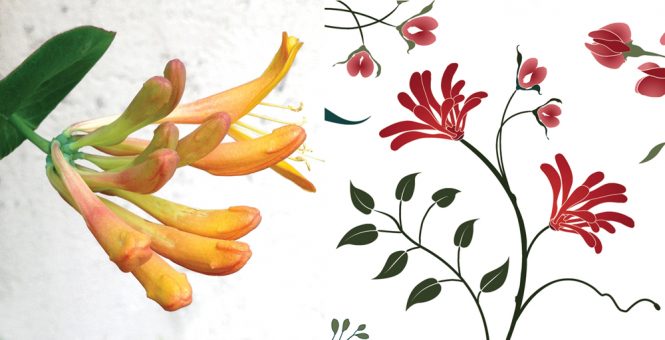 One day on the subway, she decided to stand near a man wearing penny loafers and reading John Updike. When they both exited at 34th Street, she assumed the moment had passed. But the man, architect Alexander Kouzmanoff, chased her down. “He lost me, then spotted me by my red rubber rain boots,” she says. “He had wanted to talk to me on the train, but not in front of another woman who was there. He ran up to me to find out who I was and then, I later learned, told his friend he’d just met the woman he would marry. Thirty-five years later, here we are.”

Kouzmanoff founded Palampore Fabric when the couple relocated to Germantown. 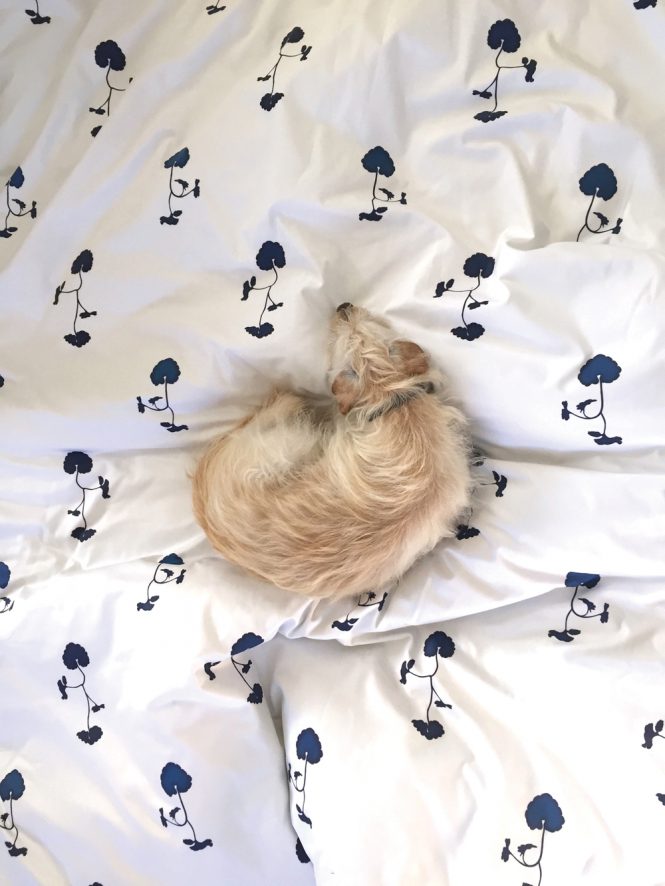 “I grow the plants, I take photos of the beautiful little pods and tendrils—and then I draw. I just absolutely love the whole process. I love capturing form. That people like my stuff is just the icing on the cake.” Printed in the US on demand to avoid waste, Palampore’s fabrics use only nontoxic, biodegradable inks.