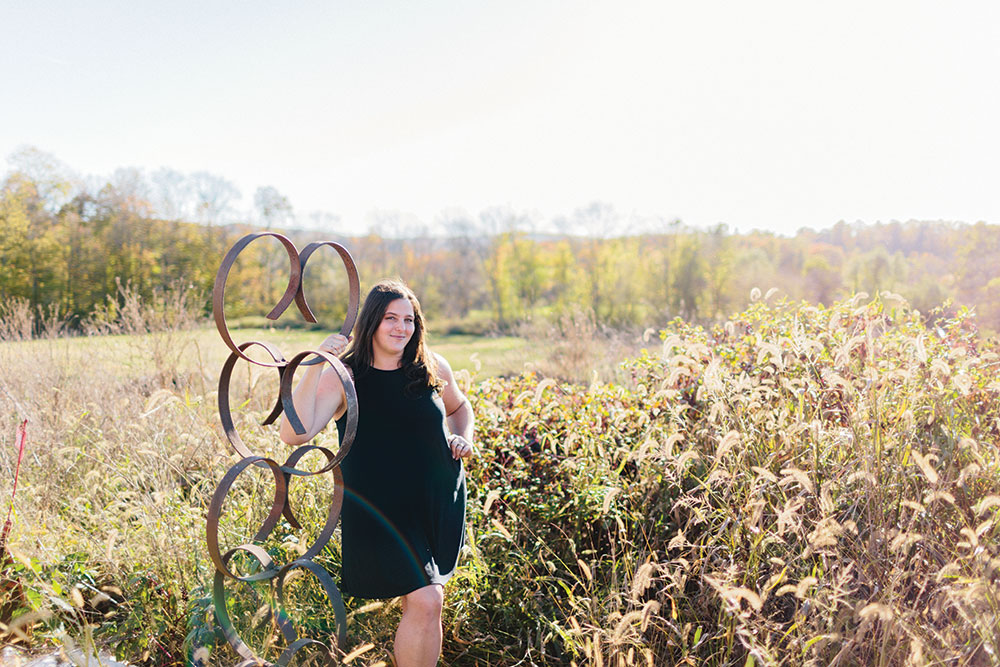 AGRISCULPTURE, a design studio that turns metal farm equipment into art and home furnishings, launched with a project that not only led the way to a creative future for metal artist Amy Lewis Sweetman, but also incorporated her past.

Growing up on a former farm in Cornwall, Sweetman discovered “old, antique, rusted metal things” in the barn and yard while playing and doing chores. “I’d wonder about them,” she remembers. “I liked the shape of them.” And she never forgot them.

Nor did she forget learning, while studying architecture at Cornell University, the famed architect Louis Kahn’s advice for students: “If you’re ever stuck for inspiration, ask your materials for advice,” Sweetman recounts. “You say to a brick, ‘What do you want to be, brick?’ And the brick says to you, ‘I’d like to be an arch.’”

So in 2012, while creating an outdoor sculpture for Cornell Cooperative Extension’s Sullivan County offices, Sweetman naturally turned to antique farm equipment—and took its opinion into consideration. “I asked this old disc harrow blade I’d found on the side of the road, ‘What would you like to be?’” she says. “And the disc—which is a cool, giant metal plate attached behind the plow that spins before and after plowing—said, ‘A fountain.’”

Sweetman titled the fountain Grow—“I like verbs and action,” she explains—which was prophetic. In just five years, AGRISCULPTURE has expanded to win customers throughout the US, Canada, Australia, Germany, and Fiji for its metal fountains, now available in both large and smaller, portable sizes; tractor seat chairs; and affordable heirloom-quality candlesticks made from antique metal food-serving pieces. Sweetman creates each piece in her shipping-container studio at Sweetman Farms, where she often works with her professional welder husband, Douglas, whom she met while scouting for farm equipment, and married in 2015. 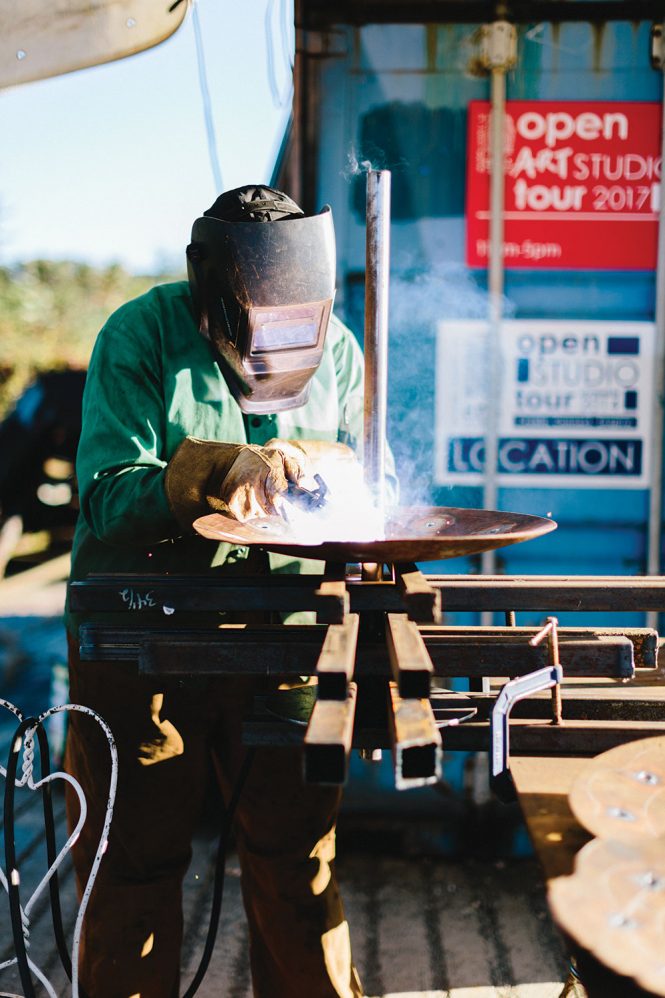 These days, Sweetman is focused on two projects: building metal sculptures for Orange Regional Medical Center in Middletown, and running the monthly lecture series “Do You Love What You Do?” at Pennings Farm Market in Warwick. Upcoming guest lecturers include Roger Moss of Sustainable Warwick (December 13); Deep Living author Susanne Meyer-Fitzsimmons, (January 17); Sweetman herself (February 14); and Dave Kurdyla of DK Forgeworks (March 14). Each lecture runs from 6pm to 8pm; tickets are $15.

For Sweetman, the public event is a natural outgrowth of her art. “I’m about creating my own business, working on the fringes of the architecture world in an entirely new medium, and the design-build aspect—I love what I do,” she says. “I love to know what makes people tick, what gets you going, how you became who you are. I want to not only serve the people I design for, but also create something I can plug into, that makes me grow personally, both as a designer and a human being.”