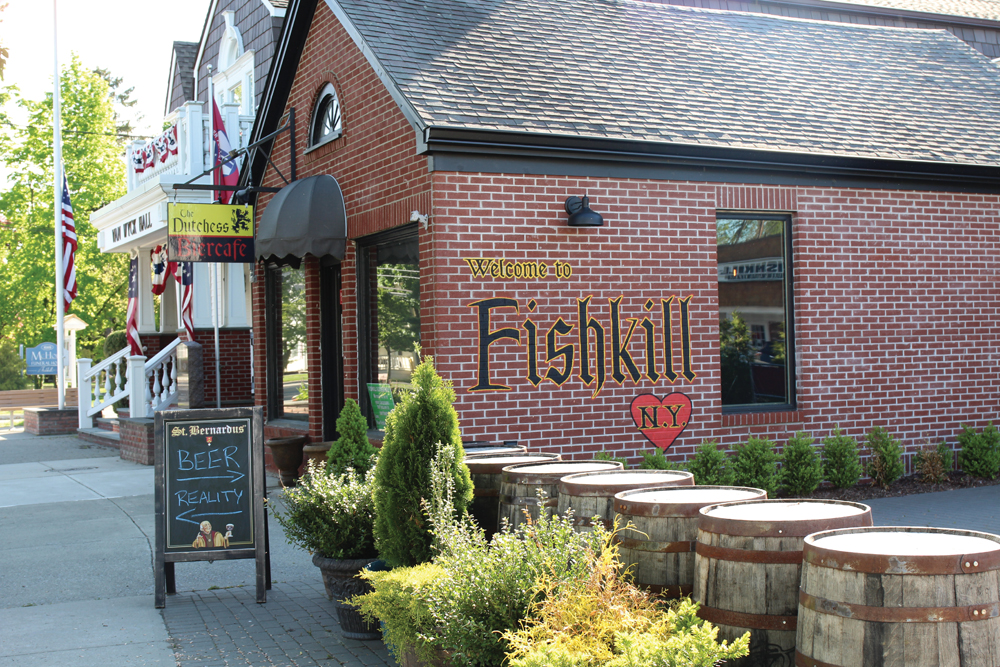 Transportation: Fishkill’s prime location puts it right near both Route 9 and I-84. Metro-North’s Hudson Line can be caught at the Beacon Train Station, located six miles to the west.

Schools: The village of Fishkill is part of the Wappingers Central School District. Fishkill Elementary School is in the village. After that, students matriculate to Van Wyck Junior High in East Fishkill, followed by John Jay High School or the private Orchard View Alternative High School, both in Hopewell Junction. St. Mary School, a parochial school serving kindergarten through eighth grade, is also in the village.

Misconceptions abound regarding Fishkill, even when it comes to such basic pieces of information as its name, and where it is. The name can be a bit off-putting to people who are new to the Hudson Valley and aren’t used to seeing the word “kill” in the name of various towns, rivers, and mountain ranges. But “Fishkill” is simply a portmanteau of the Dutch words for fish and creek. The name is meant to be bucolic, not disturbing. Then there’s its location: While many municipalities in the Hudson Valley use the same name for a larger town as well as a smaller village in the center of it, “Fishkill” refers to an extraordinarily large area that includes such local landmarks as most of Mount Beacon and even Bannerman’s Castle on the Hudson River.

With all that acreage, the tiny, one-square-mile village of Fishkill, nestled in the crook of I-84 and Route 9, tends to get overlooked and left out of conversations about the best places to live in the Hudson Valley. Because it isn’t dependent on any specific industry or tourists to fuel it, Fishkill never really went through a downcycle, like so many of its neighboring towns. It’s hard to say that the village has suddenly become hot, because it never really was cold.

And yet there’s a renewed interest in the village these days, as people moving to the Hudson Valley visit Fishkill, perhaps as an afterthought, and find everything they were looking for packed into that one square mile. 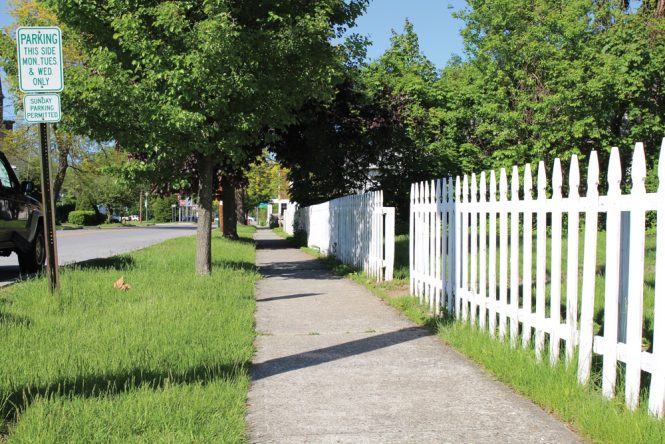 Fishkill has plenty of quintessential small-town charm, including Victorian homes and picket fences.

“There is a large trend of buyers who are very interested in the ‘walking village’ type of living,” says Suzanne DeCosta, an associate realtor broker with Houlihan Lawrence who’s been selling homes in Fishkill for over 16 years. A small village means you’re always within walking distance from Main Street, and Fishkill’s tiny Main Street includes enough charming restaurants, bars, shops, a weekly farmers’ market, and ample outdoor seating to keep the scene vibrant. Even when that scene is reduced to take-out due to COVID-19 restrictions, those who find themselves working from home are more appreciative than ever of having everything they need within walking distance.

But it isn’t only homebuyers who are drawn to Fishkill’s walkable lifestyle. New apartment complexes have been built here in the past few years to accommodate the swell in renters who put access to a walkable lifestyle at the top of their needs list. But some of the village’s biggest selling points aren’t that obvious or sometimes even visible. DeCosta says that for buyers coming from the rural exurbs of Dutchess County, having access to a village water and sewer line, as opposed to well water and septic tanks, is a big plus.

If Fishkill’s Main Street isn’t as long as you’d like, the village’s location near the cross-section of two highways means that other options are within a short drive. Beacon’s mile-long Main Street, filled with shopping and dining options, is just five minutes away. Do you prefer to go hiking? Although it is closed temporarily in the face of the Covid-19 shutdown, the Fishkill Ridge trailhead to Mount Beacon is also about five minutes away. Head 10 minutes in the other direction and you’ll find yourself at the beginning of the Dutchess Rail Trail, which you can bike or run all the way up to the Walkway Over the Hudson. or, next summer, when things hopefully get back to normal, drive five minutes down Route 9 for a day keeping cool at SplashDown Beach. And when you’re all done you can head back to your Fishkill home, park your car, and walk into town for ice cream under the rows of trees that insulate the town both visually and sonically from the bustling highways just a stone’s throw away. 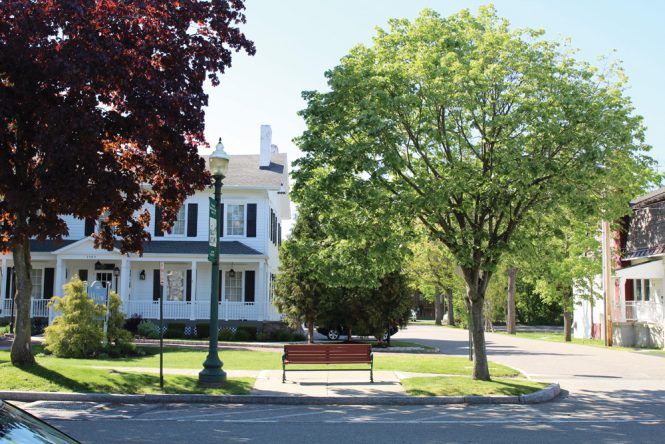 One-square-mile Fishkill is known for its walkability.

You’ll have plenty of money left over for ice cream if you’re shopping for a house here as opposed to nearby Beacon. At press time, a two-bedroom, two-bathroom Cape Cod house on Main Street itself was on the market for $269,000. First-time buyers will find a lot of affordability, with condos and apartments going for less than $250,000. Are you a single buyer who doesn’t need a lot of room? Then Fishkill is for you, with one-bedroom, one-bathroom apartments to be had for just $110,000 to $150,000.

Even the higher end of the market tops out at prices that are becoming mid-market in other “hot” locations. A 3,000-square-foot house with three bedrooms and three bathrooms, right in the center of the village, is currently on the market for $395,000.

And the current COVID-19 crisis hasn’t slowed down the market much. According to data provided by Houlihan Lawrence, Dutchess County properties sold in April were down by only 10 percent from what they were a year ago, and listings were down by only 22 percent. Considering that in-person showings were off the table the entire month of April, it’s a remarkably small drop.

If there’s any possible downside to Fishkill it’s that a small village means a small housing pool. So if you find something you like here, run, don’t walk.