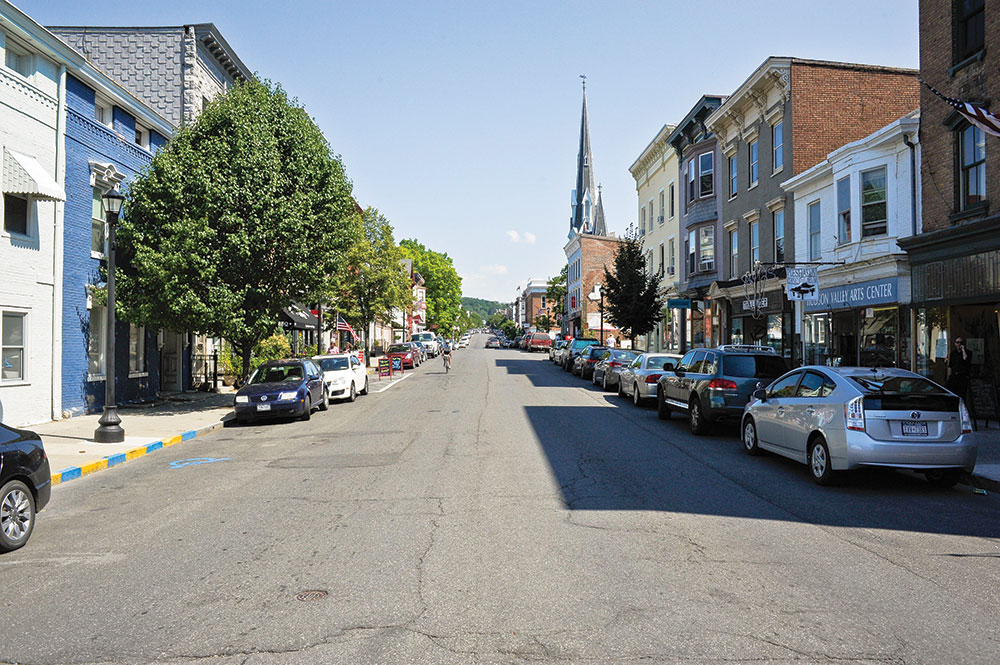 What lies ahead for the City of Hudson? The long period of blight that began in the 1960s has at last ended—once-vacant architectural gems are now gleaming homes and boarded-up storefronts are charming shops. But will Hudson’s future always be bright?

Hudson resident Matthew Frederick is cautious about what’s happening in his city. That’s well worth noting since Frederick is an architect, urban designer, and design instructor, as well as the author of 101 Things I Learned in Urban Design School, published in April by Three Rivers Press, an imprint of Crown/Penguin Random House. His new book—a small, attractive primer on urban design’s basic concepts—is the ninth title in the internationally bestselling 101 Things I Learned series, which Frederick founded in 2007 with an edition on architecture.

Frederick has taught and lived many of 101 Things I Learned in Urban Design School’s lessons, like No. 2: “You’re 85% like everyone else 85% of the time.” In 2010, he and his wife, literary agent Sorche Elizabeth Fairbank, moved from Cambridge, Massachusetts, to Hudson for the same reasons many other people do: to have proximity to New York City while living what he calls “the ideal urban life”—in a “terrific,” “amazing” apartment (which was, at least initially, a rental bargain) in the middle of town, within walking distance from a bookstore, the post office, restaurants, shops, outdoor recreation, and culture.

But moving to Hudson has also given Frederick a front-row seat to its boom, which he views with a critical eye. “So-called urban renewal, at least as practiced in the 20th century, tended to make our cities worse,” he admits. “Often, what we were calling urban renewal wasn’t even urban. We would tear down old city blocks and replace them with buildings in green space, not realizing that we were basically building a suburb within the city.”

That’s what happened in Hudson, but now another kind of decline may be going on there. “Nowadays, we’re making a different mistake,” Frederick says. “We’re building mixed-uses, shops with apartments over them, which is great as far as it goes. But just like traditional urban renewal, the process is top-down, outside-in, big-scale. Hudson has a few sites that the city would like to see built on. The process everyone defaults to is, ‘Let’s get a developer to come in here and build on them.’ So a big project would be realized all at once. Hudson’s best amenity is Warren Street, and it wasn’t built anything like this. It’s fine-grained, with 20- or 24-foot-wide properties. So why don’t we divide our empty sites up and sell them separately and build more fine-grained urbanism? And think about that big project built by an outside developer—when it is completed, the monthly rent checks will go to someone who doesn’t even live in the community. How is this in any way good for cities?”

Hudson is gaining residents, but its net population isn’t growing: Between 12,000 and 13,000 people lived there in 1930, but only about 6,000 do today. Current data shows that Hudson’s population is still falling—but no longer due to urban renewal, “white flight,” or deindustrialization. Instead, says Frederick, the decline seems to be “at least in part because people are buying old houses and fixing them up as vacation homes. So houses that had two or three occupied units are now single-family houses, and the owners aren’t included in the local population count.”

Frederick says he’s loathe to sound like he has all the answers, but nonetheless it can be edifying to apply his book’s lessons to Hudson—like No. 98: “Urban is how people live, not merely where they live.”

“Are people moving to Hudson, Kingston, Beacon, or wherever to be part of the community?” he asks.  “Or do they view their new outpost as a ‘trophy town’ that they want altered to suit their needs and otherwise preserved as something precious and historical? Do they care about the deeper problems there, that all cities have to face? Do their visions for the city consider the needs of the long-term residents, many of whom may be poor? Or is the city to them merely a place to spend a weekend and maybe eat in a nice restaurant?”

But it isn’t only newcomers who need to think about how and where they live. Resurgent cities themselves should also engage in self-examination, Frederick notes. “Do the cities themselves and their institutions have policies and practices in place that will help residents invest their lives there in an urban manner?” That, he says, is the real question.