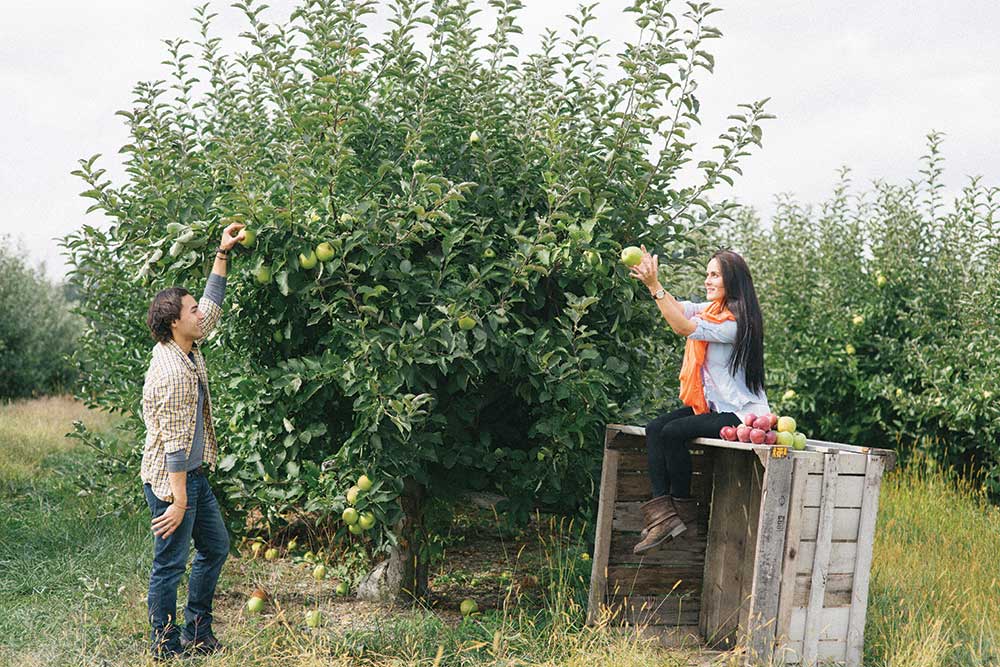 Transportation: NJ Transit’s Tuxedo station, on the Port Jervis line, is 16 miles away; during rush hour the trip to Penn Station averages around an hour and five minutes. The New York State Thruway is also 16 miles to the east, and Newburgh’s Stewart International Airport is 25 miles to the north.

Schools: Warwick’s school system is one of the village’s main draws ranking between a 7 and a 9 out of 10 on GreatSchools.org. Many of the teachers have been there long enough that they’re now teaching the children of their original students. But as Warwick continues to grow younger and more adventurous, alternative private schools are beginning to appear: Both Montessori and Waldorf schools can now be found nearby.

Some say the village of Warwick, located less than five miles north of the New York / New Jersey border, is the best of upstate towns: the convenient urbanity of the downstate suburbs mixed with the bucolic farms and outdoor adventures of Upstate.

Warwick was founded in the 1700s as settlers were drawn to the abundant, unusually fertile farmland—the fabled “black dirt” that today produces a quarter of the nation’s onion crop—and the Wawayanda Creek (which ambles next to Main Street). Once the Warwick Valley Railroad set up headquarters here in 1860, Warwick became a hub of activity. The commerce that was brought in helped the nascent village’s cultural and economic scenes to flourish, bolstering its scores of apple orchards and dairy farms, many of which are still here. But with the village’s financial health tied to the railroad industry, the advent of the automobile in the 20th century proved disastrous. Warwick began to crumble.

Undeterred by the promise of malls and shopping centers, the citizens of Warwick decided to protect the farmlands surrounding the town and double down on Main Street, putting in plenty of parking, planting trees, and striving to maintain the architecture that defined the village center. It seemed crazy at the time, but Warwick had the last laugh as the very anachronistic qualities that it fought to save are currently in vogue. Today, its inviting, walkable, and historic Main Street is a small-town delight, with numerous appealing side streets and alleys revealing ever more shops and eateries, and giving the impression that there’s always more to discover here.

Warwick trends older than much of the Hudson Valley, with the median age averaging at 46 years as opposed to the state average of 41.Those forward-thinking citizens who laid the groundwork for the village’s revival back in the 1960s are quite content to stick around and enjoy the fruits of their long-ago labors. But their grown children, now starting families of their own, are in no rush to leave either. Add the influx of young New York City expats who are coming to Warwick seeking greener pastures, and Main Street is getting just a little bit hipper each month. 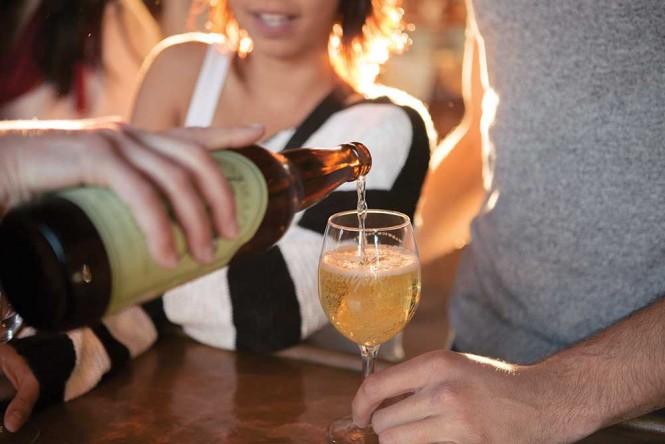 Rustic antiques shops and elegant jewelry stores remain, but now there are Pilates studios, surf-themed taco joints, family-oriented brewpubs that double as dog-adoption centers, and plenty of places to load up on local craft beers, wines, and hard ciders. Eateries like Eddie’s Roadhouse and Conscious Fork boast of their commitment to the sustainable agriculture being grown right outside of the village, a scene that’s celebrated every fall when 30,000 people descend on Warwick for Applefest. And the Hudson Valley Jazz Festival originally began as the Warwick Jazz Festival, as a way of capitalizing on the abundance of professional jazz musicians who all happen to call Warwick home. The festival neatly sums up what the Warwick of today is slowly becoming known for: a mix of sophistication and funkiness.

You can spend under $200,000 on a tiny three-bedroom ranch-style house from the 1950s or drop over a million on a historic Dutch Revival or Georgian Manor from the 1800s. While the median house value of $281,336 is only about $400 above the state average, the majority of the homes are either on the high end or in the sub-$200,000 range. That doesn’t mean there’s nothing in the middle, but if you’ve got your eye on one of the village’s many charming original Victorian homes valued between $400,000 and $600,000, be prepared to dig your heels in and wait: Once people put roots down in Warwick, they’re loathe to leave. Warwick Grove, a New Urbanist-style development recently built on the outskirts of the village, is abundant with new, midpriced federals, Greek Revivals, and cottage-style homes built to contemporary, eco-friendly standards.