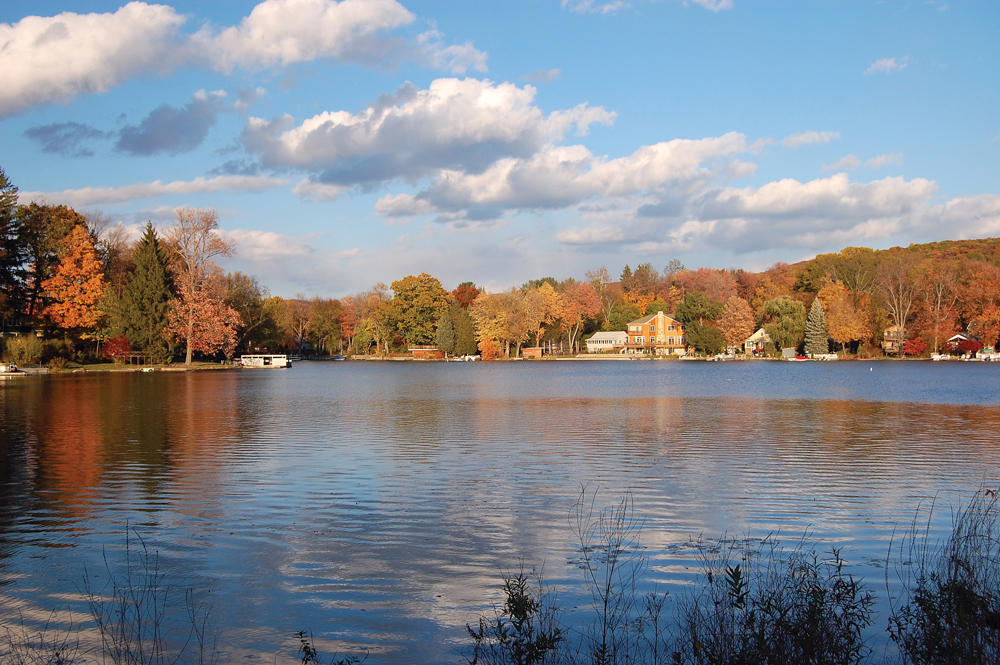 Proximity to Major City: Warwick is 58 miles from New York City and 118.2 miles from Albany.

Transportation: Warwick is located 17.2 miles from NY-17. New Jersey Transit provides commuter bus service from Warwick to New York City and the surrounding areas, and a free Park-n-Ride is located on Rt. 17A. The public-use Warwick Municipal Airport is located within the town.

Nestled between four mountains at the southeastern corner of Orange County, Warwick provides a refuge for city escapees in search of Upstate vibes and ample green spaces without the overlong commute. “It’s amazing to stand on the mountaintop and see the city skyline, and meanwhile a bear could be sneaking up behind you,” says Hannelore Chambers, who left corporate finance behind 12 years ago and has zero regrets. “We wanted to start our family and give the kids an active childhood, and especially in the past year, being able to get out and ski three times a month, hike, swim—it’s been a huge mental health boost,” says Chambers. “So is the really nice blend of people—families who go back 12 or 13 generations plus a lot of folks who’ve moved up since, and a community life that offers so many opportunities to work together that you form deep connections.”

The valley was already a hot destination in 1700, with fierce competition for land grants until the Wawayanda Patent became official in 1703. Early industries included the Sterling Works, where the 500-yard iron chain that secured the Hudson River from British ships during the Revolution was forged. Through the 19th century, the action centered in the hamlets, where mills, iron forges, carding factories and craftspeople flourished. The railway, which opened in 1862, brought wealthy holidaymakers to build the painted lady Victorians that still adorn the Village of Warwick’s historic district.

Warwick was an early adopter of smart growth principles, passing a PDR (purchase of development rights) bond issue in 2000 and revamping its zoning in 2002, and repurposing a onetime prison as a lakeside recreation zone and office/technology park.

Chambers led the committee that turned out 1,000 local volunteers to build an inclusive playground; now she’s on the board of Wickham Works, a nonprofit producing community events, and overseeing the creation of HelloWarwickValley.com, designed to showcase the town’s assets. “Even in local groups, people will ask things like, ‘Is there a place to eat with a view of the lake?’” she says. “We want to make sure everyone knows: Yes!”

The website is just one of the ways that Warwick residents have joined forces. Seniors and the disabled get their errands and transportation handled through the Friendly Visitor Program at no charge. During the pandemic shutdown the Warwick Relief Market gave local merchants a signal boost on Facebook, and Nourish Your Mind, an integrative therapy center with a strong focus on the brain/gut connection, quadrupled its practice. 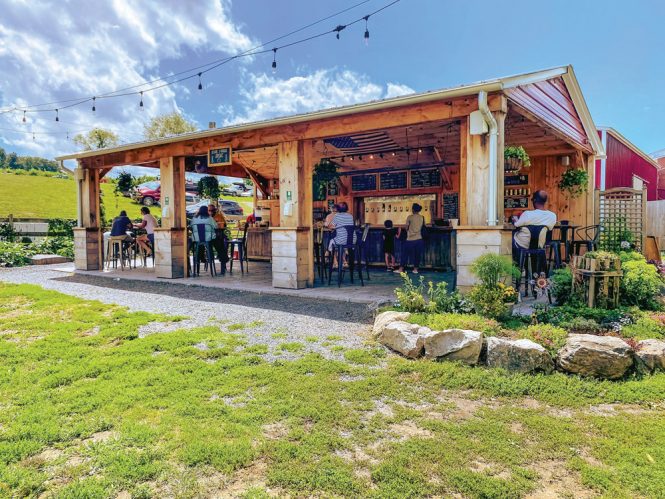 Local eateries have taken the opportunity to improve and expand outdoor seating. “Warwick Thai, this hidden gem in the village center, has added gorgeous plants and lighting,” says Phyllis Emmerich, owner of Warwick-based marketing firm Branded 845. “Pennings Farm just reopened—reservations are a good idea for indoors, but they have two beautiful big hillside lawns for walk-ins.”

“We love being able to just relax with our friends, get a table at a winery or brewery with board games for the kids and kick back with a glass,” says Chambers. “Then head to Greenwood Lake, rent a boat, and hit a lakeside restaurant for a beautiful evening on the patio.”

“One of our agents just put a listing on three days ago and she’s had 17 showings. It’s still the COVID market, and bidding wars get intense; everyone involved needs to stay kind and caring and careful of what they do, but the watchword is ‘If you want to sleep in it, don’t sleep on it.”

The median listing price in Warwick in late April was $463,950. True to Tinnirello’s observation, the only choices available for under $200,000 were raw land and a lone two-bedroom described as ready to tear down. One four-bedroom two-story in the village and a three-bedroom townhouse were the only homes listed at under $300,000—just barely under.

Above $400,000 one begins to find pristine ranches and Colonials in prime village locations; one recently renovated bi-level with four bedrooms and two full baths advertised “phenomenal views” at $419,900. A three-bedroom ranch with stone facade on a four-acre lot was priced at $599,000.

Three and four-bedroom colonial and ranch houses with over 2,500 square feet, spacious porches, and renovated kitchens and baths were available in the $600,000 to 800,000 range. And if you’ve more than that to spend, you might find a genuine Victorian estate—one on 5.7 acres, featuring vaulted beamed ceilings, screened conservatory, sumptuous primary suite and pool with waterfalls was listed at $989,000 in April.

Above a million, says Tinnirello, competition remains fierce. “We’re seeing a lot of one-point-something listings, and they’re selling fast,” she says. “For cash, no less.”