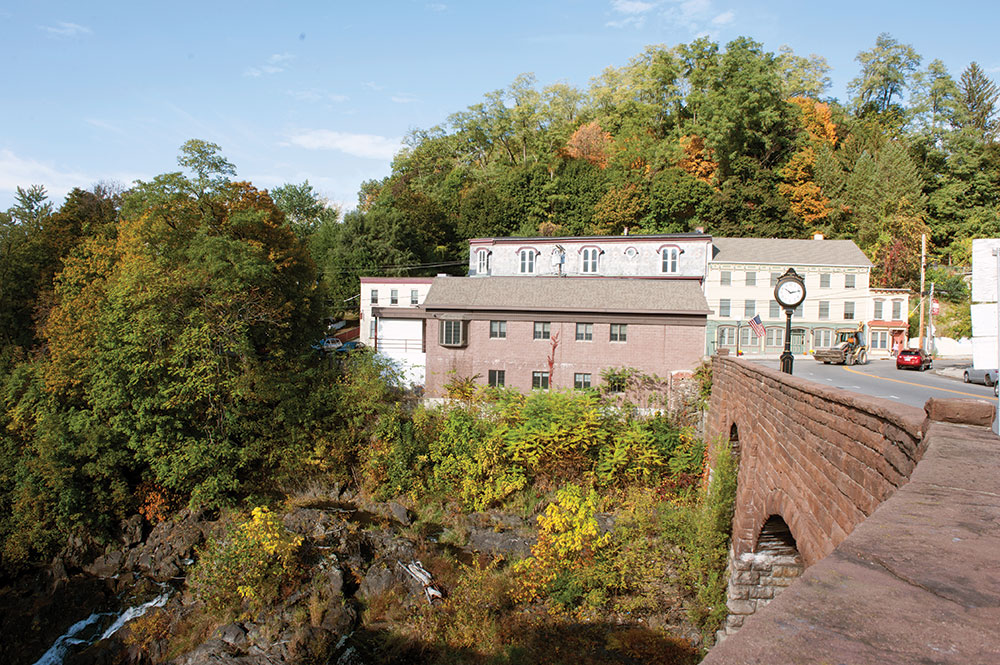 Transportation: The New Hamburg Metro-North station is three miles away; it takes 80 to 90 minutes to reach Grand Central. I-84 and the Newburgh-Beacon bridge are eight miles south.

Wappingers Falls has spent its life as a curious anomaly—a river town that doesn’t quite make it all the way to the Hudson River. The village sprang up near the southern tip of Dutchess County in the 18th century around its namesake waterfall, which interrupts the Wappinger Creek on its 41-mile journey from the foot of Stissing Mountain in Pine Plains to the Hudson River. Two Dutch brothers built a mill at the falls in 1741, along with a stone house now known as the Mesier Homestead, which is nestled into a small park of the same name that acts as both village green and plaza.

Small is what Wappingers Falls is all about. The entire village is barely larger than a square mile, so you can walk from one end of downtown to the other in minutes. But Wappingers Falls’ miniscule downtown is key to its enduring appeal—and its future.

Today, Wappingers Falls is a popular commuter town with the closest Metro-North train station located a few miles away, on the Hudson River shoreline in New Hamburg—close enough for Wappingers Falls to attract commuters looking to put down roots somewhere more affordable than in Putnam and Westchester counties but more intimate than Dutchess County’s urban commuter hubs of Poughkeepsie and Beacon.

Downtown’s appeal comes from the abundance of charming civic details that can be found in close proximity: There’s a rushing waterfall, a tangle of streets around the creek, brick brownstones from the early 20th century, stately pines towering over the village green of Mesier Park, and a 130-year-old library that was modeled after a Swiss chalet. But for many years, people simply savored that charm from their car windows on their way to the big-box stores, malls, and chain supermarkets that are just a few minutes away on Route 9—stores that no small business would dare to compete with.

Now the village is transforming, with established and new residents embracing the simple pleasures of walking into town for coffee at the Ground Hog Café, local craft beer at County Fare, a glass of wine on the porch overlooking the falls at di’Vine, or a performance at the County Players at the Falls Theatre, which has been presenting community theater for almost 60 years. Wappingers Falls’ tiny business district is becoming robust enough to support not only competing pizza parlors but competing tattoo parlors as well. And storefronts that have been empty for years are steadily being renovated into new business spaces. If the business district continues its regrowth and can add some small grocery stores and drugstores, then residents may be able to forgo the chain stores along Route 9 and at the Poughkeepsie malls altogether, and return Wappingers Falls to its roots as an entirely walkable community. 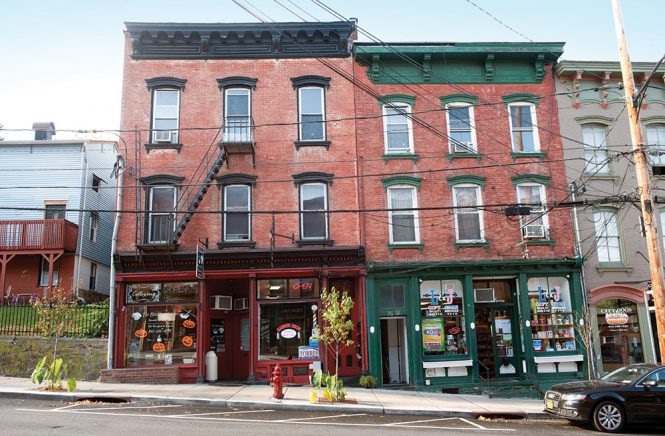 If a house in the village catches your eye, don’t wait. Wappingers Falls has a high volume of prospective home shoppers—including people who find Beacon too pricey—and a low inventory. Many longstanding homeowners in the village are still feeling the effects of the 2008 market crash. Some used the crash to refinance their house and are enjoying the lower monthly payments too much to move; meanwhile, instead of downsizing, empty nesters are waiting for the market to rebound fully in order to recoup their investment.

The village’s high density means that its houses, for the most part, are modestly sized and priced. New constructions, based on tasteful Cape Cod designs, are at the top end of the market, priced from $300,000 to $330,00. An 1880 Cape Cod house, with three bedrooms and 1.5 baths, was on the market for $230,000 at press time, and a charming early 20th-century Colonial with a wraparound porch was listed for $249,000.