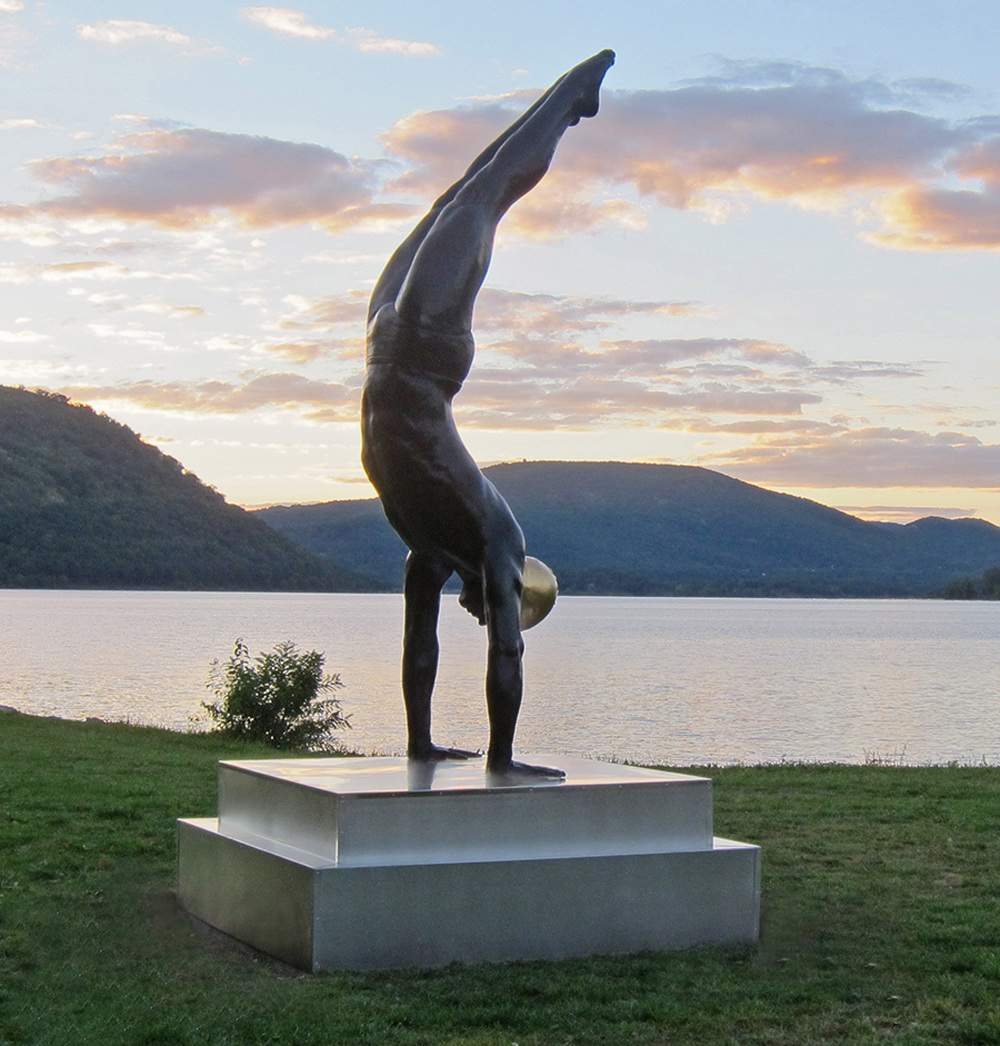 Proximity to Major City: New York City is 41 miles to the south

Transportation: Route 9 travels across downtown, and the Bear Mountain Bridge is five miles north. A Metro-North train station sits at the riverfront; the trip to Grand Central takes about an hour and 15 minutes.

The city of Peekskill sits on a picturesque bay near Westchester County’s northern border, at the gateway to the Mid-Hudson Valley, where the Hudson River narrows and mountains rise on either side. But it’s not just the physical valley that begins here. Many of the cultural and social shifts that have come to define the Hudson Valley over the past 20 years took root here first.

In the 1990s, Peekskill became the first municipality to invite artists in New York City to move north, taking out ads in art magazines to offer generous incentives and low interest rates for those who wanted to live the SoHo loft lifestyle at a fraction of the SoHo cost of living. By the time businessman Ted Bitter came up from Brooklyn in the late 2000s, there was already a flourishing arts scene underway, and Peekskill’s racial diversity reminded him happily of his former home. But unlike the city that never sleeps, Peekskill went to bed early. “By eight o’clock here, everything was dark and dreary,” Bitter recalls.

So Bitter decided to wake things up a bit by opening up the Bean Runner Cafe 13 years ago to bring more coffee and live music. The cafe became one of the harbingers of the next wave of the Hudson Valley renaissance: Peekskill Coffee House had opened across the street a few years earlier, and more live music arrived at the (late, lamented) 12 Grapes and the restored Paramount Theater; meanwhile, Peekskill Brewery began making its own beer back when “craft beer” was a novelty as opposed to something every Hudson Valley town brews. “Now,” says Bitter, Peekskill is “alive and kicking, particularly on weekends.”

And Peekskill is still buzzing, even as the uncertainty around the COVID-19 crisis is changing the physical and emotional landscapes of many local downtowns. The Bean Runner stayed open in the early days of lockdown but started a “pay-what-you-can” program to feed those who’d lost jobs but felt sheepish about accepting a free meal. Bitter’s wife, Drew Claxton, spearheaded a mask-making campaign, donating masks to first responders and putting out a basket of free masks at the Bean Runner. The Peekskill Rotary Club and Manzer’s Landscape Design & Development teamed up to donate over $45,000 of free meals. Local chef Eric Korn and Louie Lanza, who owns six restaurants in Peekskill, helped spearhead the Million Gallons project, cooking and donating thousands of gallons of soup to those in need.

What’s most remarkable about the Million Gallons project is that it began handing out enormous quantities of food in mid-March as the crisis was just beginning. But it’s fitting for Peekskill, which is always a step ahead. The city has been holding a Juneteenth parade for 10 years now (Bitter himself served as one of the parade’s Grand Marshalls last year). And in the wake of the murder of George Floyd, the longstanding Peekskill branch of the NAACP organized and held one of the first local protests in New York State.

And so, on one of this past summer’s first warm weekends, Peekskill was as lively as ever—masked and distant, but lively. The farmers’ market bustled, with a giant dispenser of free hand sanitizer on hand and an elaborate foot-traffic flow plan to keep people happy and moving. Music played from numerous Central and South American restaurants and bodegas. And throughout the city’s warren of streets all the way down to the waterfront, friendly folks were out and about.

Peekskill’s diversity extends to its housing stock, with apartments and numerous co-ops sharing listings with spacious one-family houses. Suzanne Welch, an associate broker with Coldwell Banker for 16 years, has watched the market go through many changes. “Ten years ago, it would take over 300 days to sell a home in Peekskill,” she says. But in the last 10 years, “there’s been incredible change” thanks to the Chamber of Commerce, the Business District Committee, and the fact that “you can get a lot of bang for your buck here. We do have a lot of people coming up from the city, and that’s been ongoing. But drastically, in the past three years, there’s been significant change. This is the one market where homes have been going up three percent every year, solid. Some towns they may get flat for a little bit. Peekskill has continued to grow, as have the commercial businesses here. There’s lots of bars and restaurants and whatnot. But days on the market, now it’s 25 days into contract.”

The average listing price for a house is around $325,000. “You can get a lot for that. But homes that I’m listing at $330,000 are selling for $400,000. We have low inventory, low interest rates, and a mass exodus coming out of the city” due to the pandemic, says Welch. “I just put a house on the market about a month ago, we had nine offers, and people are waiving contingencies, they’re waiving appraisals to get the homes. We had nine offers on that; we’re closing soon. Then I put another house on a week later, and it was the same people all making offers again—and better offers with even less contingencies. People want to get out of apartments. They want some space.”

Or consider becoming your own landlord: In July, an updated four-family Colonial on the north side of the city listed at $599,900. How about taking one apartment for yourself and renting the other three out to friends and family? You’d certainly be keeping in Peekskill’s spirit: In times past and present, whenever this city is down on its luck, its people look out for one another and help each other weather the storm.