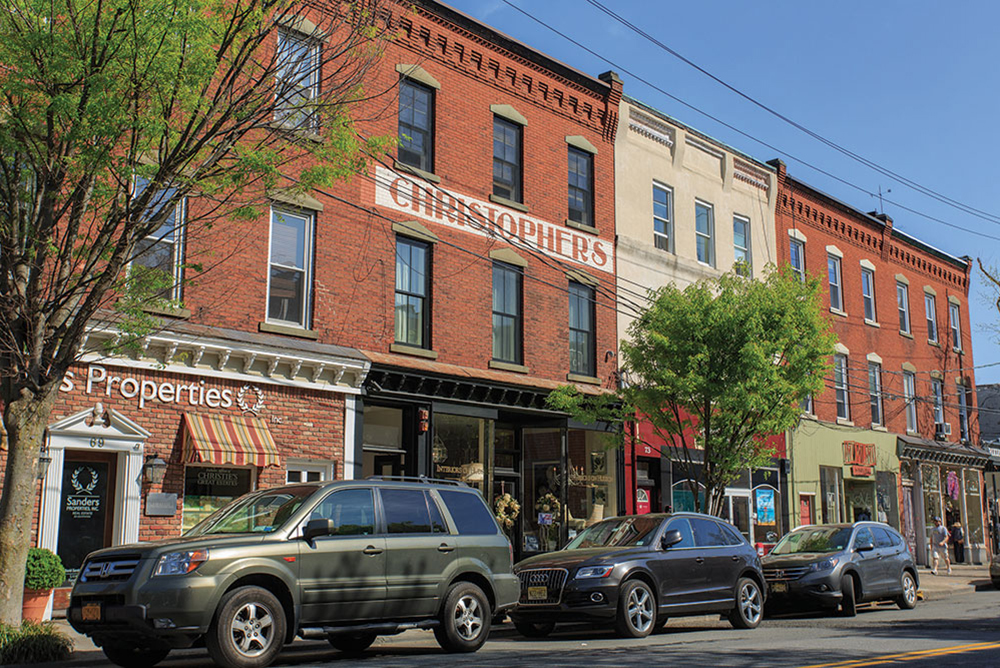 Transportation: The Tappan-Zee Bridge is on Nyack’s southern outskirts. The closest Metro-North station is Tarrytown, across the bridge; a trip to Grand Central takes about 40 minutes. The Palisades Interstate Parkway is also nearby.

Nearest Hospital: Nyack Hospital is right in the village.

If the southeastern Rockland County village of Nyack seems oddly familiar on your first visit, it may be because of the man who grew up at 82 North Broadway. Painter Edward Hopper was born in Nyack in 1882 and called the village home for almost 30 years. For the rest of his life, Hopper would be inspired by aspects of Nyack’s environment: both natural (Hook Mountain’s long shadows contrast with the Hudson’s glittering, three-mile-wide surface) and man-made (narrow streets, generous porches, and a blend of vernacular architectural styles). “In every artist’s development the germ of the later work is always found in the earlier,” he wrote. Even in Hopper’s most famous work, done after he left Nyack, there’s often a whisper of the lonely windows and windswept shores of his upbringing.

Today, Edward Hopper House Art Center exhibits some of Hopper’s early work, and photographs of the locations of his local paintings. But Hopper isn’t the only artist to be inspired by Nyack’s expanse of light and shadow: The museum hosts local artists’ exhibitions and jazz concerts, and rents out studios for painters. From Nyack’s days as a shipbuilding and trading hub to the present wave of professionals and creatives flocking there, the village has always attracted open-minded folks.

THE SCENE
Established in 1672, nestled between the Hudson River, Hook Mountain, and the woodlands of Blauvelt State Park within the town of Orangetown, Nyack has never grown beyond its modest roots as a river village. Its intimate scale in both street plan and population continues to make it appealing; with a population of only 7,000 people, it’s common for those who have lived there for five to 10 years to feel like they know everyone in town. Rockland County residents are drawn to Nyack’s vibrancy, along with people from northern New Jersey and Westchester in search of something cheaper, hipper, and more diverse. There’s also a flow of folks moving up from New York City looking for a quiet, not-so-suburban suburb.

This is Nyack’s main draw: It’s a village that actually feels like one. Residents can walk everywhere and get almost everything they need downtown, avoiding the shopping centers outside town. Downtown is full of quirky businesses that keep Nyack’s sidewalks bustling: There are artisanal donuts and coffee at Gypsy Donut & Espresso Bar, wood-fired pizzas and craft cocktails at Brickhouse, and Middle Eastern vegetarian comfort food at Art Café, which is tucked away inside a gorgeous historic house. Like Nyack itself, Art Café instantly makes you feel right at home.
There’s a growing sense of community spirit in Nyack, which attests to its vibrancy. Local parents recently spearheaded a movement to build a skateboarding park for the kids, and as civic engagement increases among its diverse newcomers, Nyack promises to continue being inventive in surprising new ways.

THE MARKET
It’s hard to talk about Nyack’s real estate market without eventually bringing up the 16,000-foot-long elephant in the room: The Tappan-Zee Bridge, just south of town, is in the midst of a total renovation, with a brand new bridge being built alongside the old bridge, which will be torn down once the new one is completed. Locals held their breath when Governor Andrew Cuomo proposed that the new bridge carry a commuter train, but the death of the plan for commuter rail in Nyack may be a blessing in disguise. While those Nyack residents who travel across the Hudson each day to catch the train at Tarrytown to New York City, or else grapple with the George Washington Bridge, would have welcomed a local train, the lack of one will keep Nyack’s property taxes low and its homes affordable for the diverse community that makes the village so appealing.
With the village growing in popularity, Nyack’s older homes are quickly being renovated and flipped. On North Midland Avenue, renovated three-bedroom homes under 2,000 square feet can be had for $300,000 to $400,000. But if you’re looking for the kind of stately, riverside homes with enormous porches and four or five bedrooms that inspired Hopper paintings like Lee Shore, expect to pay just over $1 million. That’s pricey, but when visiting friends note how Hopperesque your home looks, you can tell them there’s a reason for that. 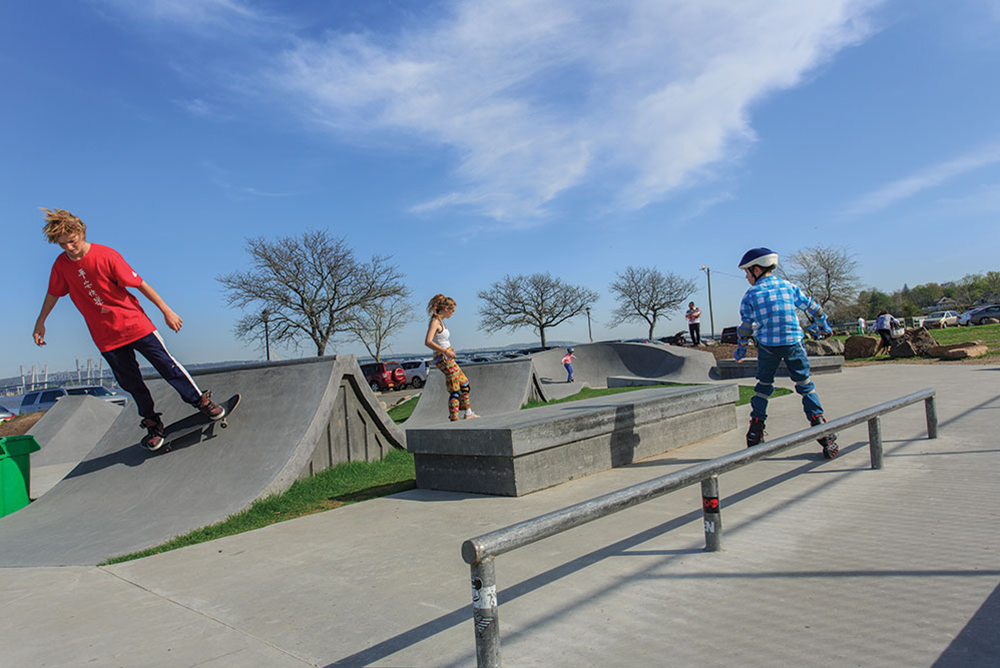