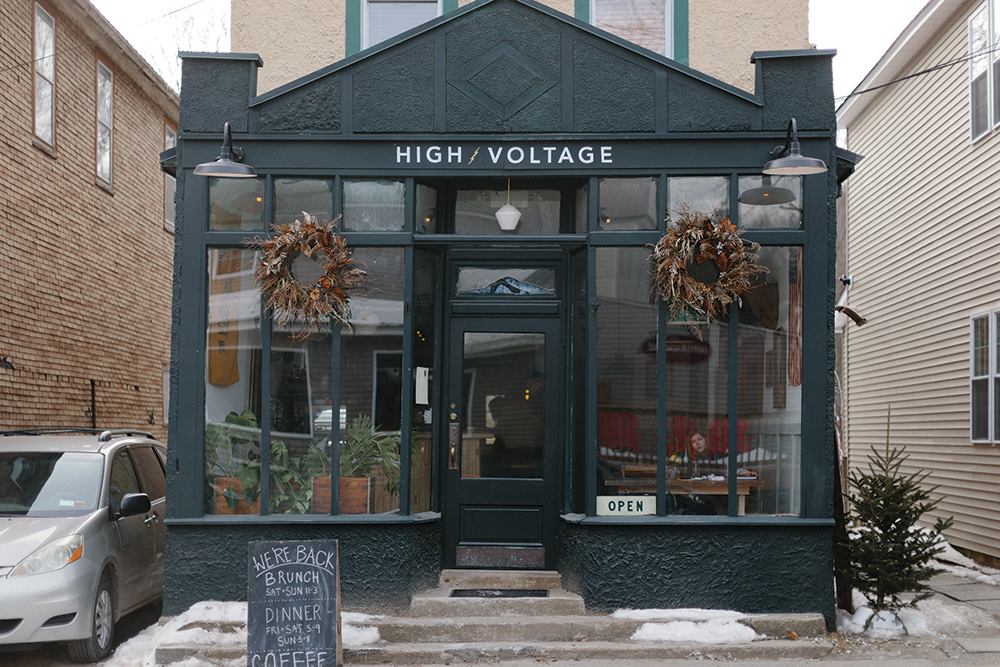 Proximity to Major City: New York City is 94.7 miles to the southeast; Albany is 90.9 miles to the northeast.

Transportation: The Harriman Metro-North station is 43.4 miles away; during rush hour it’s about an hour and 15 minutes to Grand Central. A Coach Short Line Bus runs from Main Street to the Port Authority. The New York State Thruway and Stewart International Airport (the nearest airport) are 41.9 miles southeast in Newburgh.

Nearest Hospital: Ellenville Regional Hospital is 19 miles away in Ellenville.

What if you could remake an entire upstate town into a haven of quaint coolness? That’s exactly what visionary developer Butch Resnick, restaurateur and community “curator” Nhi Mundy, and a hand-picked handful of transplanted new business owners are doing in tiny Mountain Dale, NY—one historic building at a time.

A hamlet of Fallsburg on the eastern edge of Sullivan County, Mountain Dale doesn’t look like much, either on the map or when you’re rolling into it after cutting over from Route 209 to the east or Route 17 to the south. Essentially, it’s a T intersection lined by turn-of-the-century structures with street-level storefronts, many of which have stood shuttered and underutilized since the dying breaths of the Borscht Belt era. These days, though, the lights are flickering back on in downtown Mountain Dale. Rebirth is here, and it’s sporting a beard and sipping an Americano.

Following the lead of Mundy’s Vietnamese eatery Ba & Me, in barely two years the town has added, among other businesses, two art galleries (Gingras Studio and A Guide to the Field); a shop specializing in vintage and designer hand-crocheted angora garments (Ambika Boutique); a quirky antiques store outfitted with vintage work clothes, World War II uniforms, and other oddments (State Land Supply Co.); an apothecary run by the uncannily named fashion model Hollie Witchey (Witchey Handmade); and, most recently, that anchor business essential to all small towns on the mend: somewhere to grab a cup of coffee and a bite (High Voltage café). Not a bad selection for a remote commercial district measuring barely three blocks. And nearly all these entrepreneurs were recruited by Mundy (publisher of the upstate lifestyle magazine DVEight) to open their shops in the repurposed properties.

“We also have a location in Asbury Park, New Jersey, and we knew Nhi from the restaurant scene there,” explains Jason Thomson, who, with three partners, opened High Voltage in a former fish market on Main Street last December to offer beverages and Polish-inspired comfort food sourced from local ingredients. “She asked us if we wanted to get involved with what’s going on up here, so we started checking it out and fell in love with the area. We could see the potential.”

Established as an agricultural community called Sandburg, the hamlet’s name change to the more fresh-air-evoking Mountain Dale came in 1880 following the arrival of the New York, Ontario & Western Railroad, which brought tourism and an influx of Jewish sweatshop-workers-turned-subsistence-farmers fleeing Manhattan. But with the demise of the railroad in 1957, followed by the rise of affordable air travel, and, finally, the economic downturn of the 1980s, the municipality, like so many other small Catskills towns, fell into withering decline.

Resnick, who grew up in Mountain Dale and manages the supermarket equipment company his father founded, was resolved to resuscitate his hometown. “When I was a kid, there was kind of a hippie/artsy vibe,” he recalls about the town, which in 1970 was the site of the unrealized Bach to Rock music festival and is adjacent to eccentric artist Mike Osterhout’s 1995-founded Church of the Little Green Man. “I saw what was going on with Sugar Loaf [an Orange County artists colony], and thought ‘Why can’t we do that here? Attracting artists and creative people is what will bring the town back. I figured if I build it, they will come.’”

So building it, or, rather, rebuilding it, is what Resnick began doing. In 2013, he started purchasing and renovating disused properties and offering below-market rents to residents and free first-year rents to new business owners. And, true to his prediction, they’ve been coming (a recent New York Times article on the project certainly helped spread the word). “We’ve got a satellite outlet of a cidery from Andes coming in and a double-decker bus pop-up restaurant, plus we’re planning a summer block party,” says the developer, who now owns 80 percent of the town’s properties and is renovating a nearby bungalow colony and looking to remake the former town school into a multi-artist loft center with lodging and a restaurant.” According to Resnick, all of the downtown storefronts are currently rented.

Thomson is among the pioneers who’ve gone all-in, purchasing a house nearby; he’s also buying an old church to convert to a B&B. “It’s exciting to be part of something new and great,” Thomson says. “And to get in on the ground floor of it.” 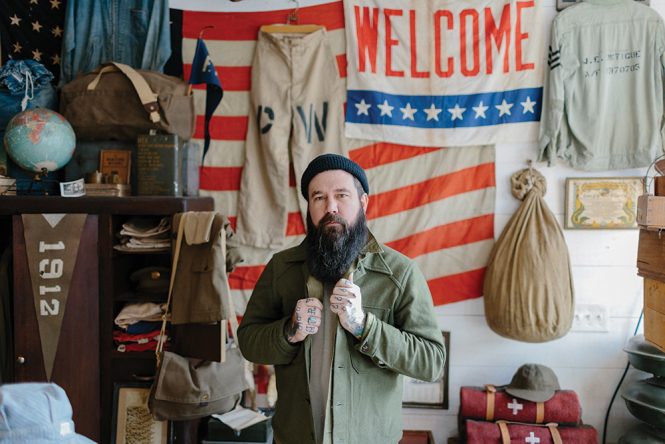 Because Mountain Dale’s renaissance is really just getting started, there are still bargains to be had, especially outside the town center and in neighboring communities like Woodridge and Wurtsboro. A cute 1959 three-bedroom/one-bathroom ranch (1,400 square feet) with a sunny deck on quiet Quiat Road in Mountain Dale was recently going for $105,000. On the grander end, Realtor.com listed a stately Tudor on Post Hill Road with three bedrooms and 3.5 baths on 10.5 acres for $399,000. But if you’re up for a serious handyman’s (or -woman’s) special, there are such examples to be found as well, like a Mill Hill Road 1,500-square-foot, three-bedroom/one-bath ranch on a half-acre for a paltry $9,900.