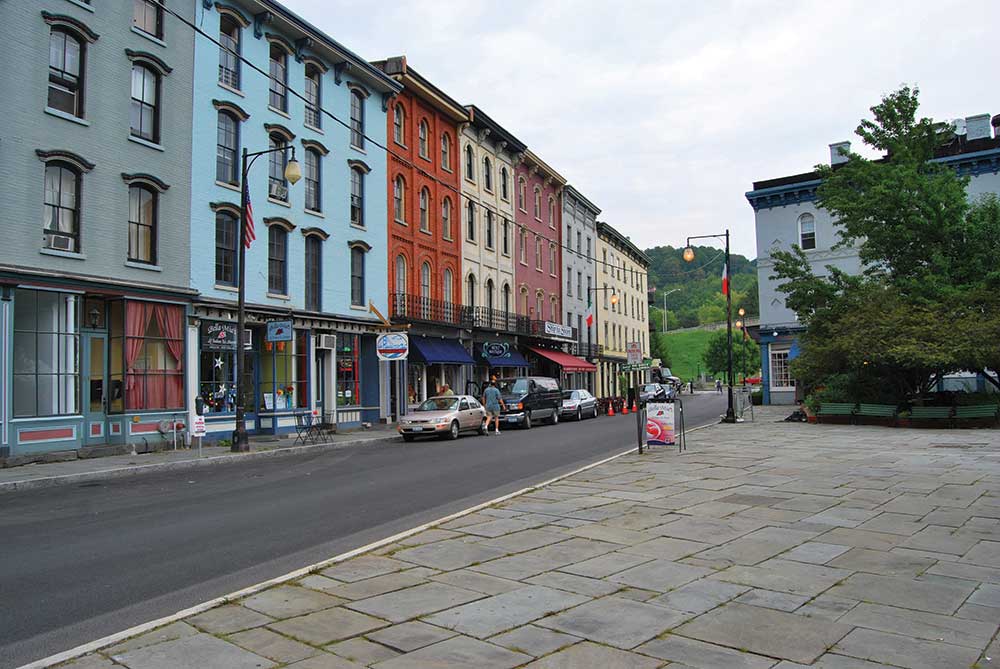 Transportation: Kingston is accessible by Exit 19 on Interstate 87. Adirondack Trailways buses stop in Kingston. The nearest Amtrak station is 11 miles away in Rhinecliff. Nineteen miles away in Poughkeepsie, both Amtrak and Metro-North stop. Ulster County Area Transit (UCAT) buses run throughout Kingston and to New Paltz and Saugerties.

In the fall of 2012, a young artist and a tattooist secretly began spray-painting red goats throughout Kingston’s Uptown Stockade district. Some condemned the red goats as vandalism; others lauded them as public art. Either way, the goats became something of a brand for Kingston; those same images of red goats showed up in far-off places like Brooklyn, Missouri, Miami, and even Canada, warranting a story in the New York Times.

The goats, which could symbolize the city’s bloody history or its dogged resilience, got the message out: Kingston may have struggled, but it’s plenty cool. Mayor Shayne Gallo, who is on a mission to redevelop and enliven the city, says he appreciates the red goats as a free branding tool and calling card to the rest of the world. Today the red goat lives on as the logo for the Kingston Film Festival, now in its third year. That bloody history started when the city was the site of violence between Dutch settlers and the Esopus Indians in the early 1600s. In 1777, as New York State’s capital, Kingston was burned down by the British. Over 300 of the Uptown Stockade district’s original 18th-century stone buildings were lost, but 41 were reconstructed and remain. In the early 1900s the city thrived in manufacturing and as a transport center, but these industries declined by the time IBM arrived in 1955. Forty years later, IBM left, taking away 7,100 jobs and leaving 25 vacant buildings on a 256-acre campus. Today, the campus is called TechCity, meant to be a small-business incubator. Though a welcome idea, the vision has yet to be fully realized, but residents remain hopeful.There are three main sections of Kingston. Midtown had been badly blighted, especially around crime-ridden Henry Street, except for a few brave institutions like the Ulster Performing Arts Center (UPAC) and the YMCA. It’s now safer and attracting new businesses and residents, thanks to the city’s plans to turn the area into a tech corridor.

Uptown Kingston, with its narrow, walkable streets, is busy with small businesses, and it’s the more historically preserved area. The picturesque main drag of Wall Street has undergone a makeover, and the area’s culinary scene has blossomed.

The Rondout district, also called the Strand, features a waterfront and marina where three bodies of water meet; it’s slated for an extensive redevelopment. Over the past decade, thanks to a crackdown on drugs, many of its formerly neglected storefronts have become art galleries, eateries, and shops offering goods from designer baby clothes to motorcycle upholstery. Much of the Victorian architecture was lost to urban renewal in the 1960s, but the Rondout still has attractive architectural offerings, and the neighborhood varies in topography, with some gently sloping hills. At night, the tree-lined, sloping streets can be as quiet as the countryside. 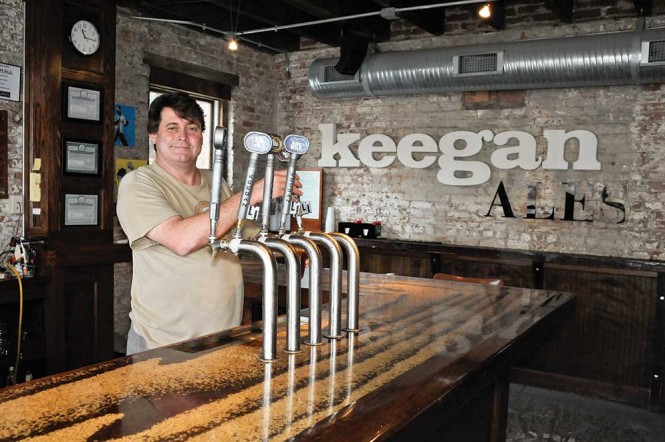 In 2007, Bloomberg Businessweek named Kingston the fifth best place in the country for artists to live. The city’s arts scene is thriving and its music scene is taking off too, with the popular indie band Bishop Allen recently relocating to the city from Brooklyn and the continuing rise of the annual O+ Festival, a music and art event that promotes health insurance for artists. With its waterfront walkways and outdoor summer films and festivals, family-friendly Kingston isn’t vying for the title of “the New Brooklyn.” It doesn’t so much want to strut its stuff as it wants to be discovered, quietly, and given its due.

Uptown is the most desirable neighborhood in the 8.5 miles of Kingston. It includes Colonial, Federal, Queen Anne, and grand Victorian houses, usually ranging from $250,000 to $400,000. Prices in the Rondout range from $65,000 for tiny brick Victorians and Federals to $300,000 for larger, well-maintained Victorians. Rentals in both Uptown and the Rondout run from about $700 for a condominium to $1,300 for a full house or large apartment. In parts of still-blighted Midtown, low-priced, two-family homes needing minor to major work abound, but these bargains also come with urban problems like gangs and drugs, both of which are being targeted by the city’s revitalization plan, which will be implemented in stages over the next decade. Smaller, mostly Victorian homes can be had from as low as $100,000.