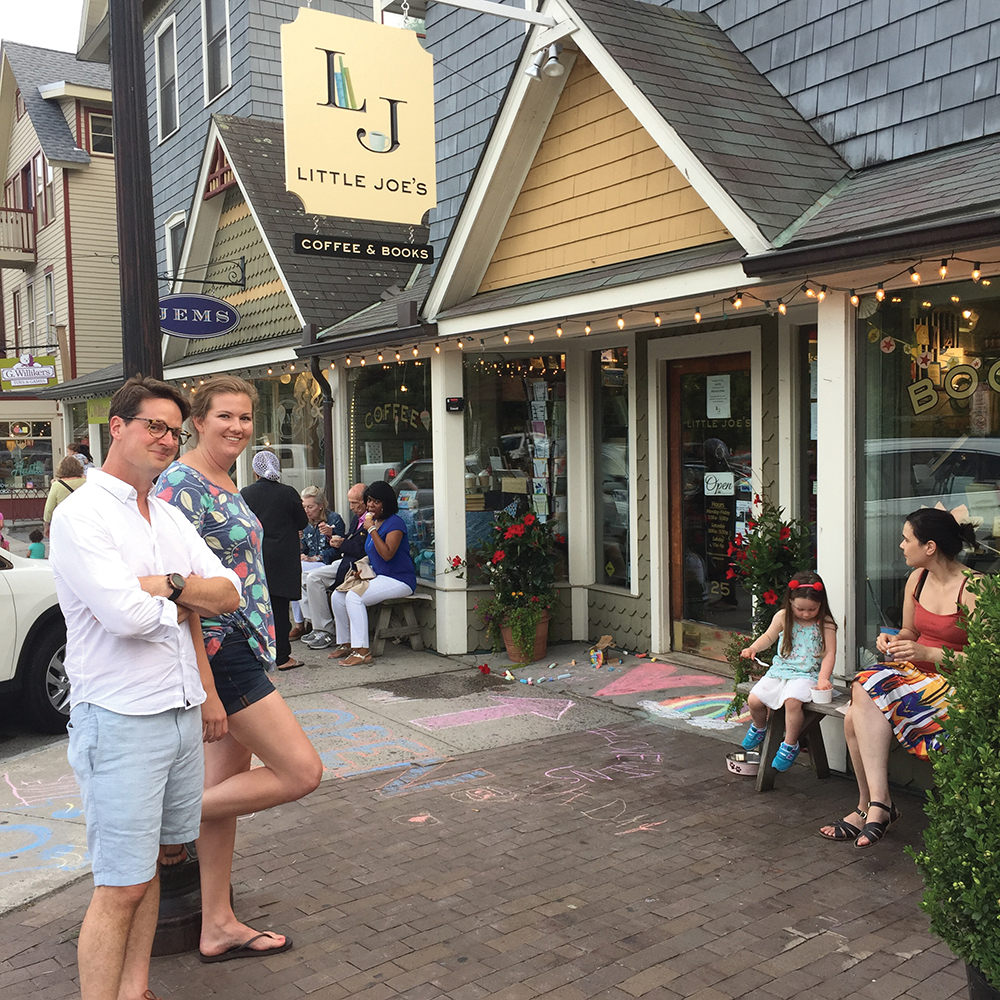 Transportation: The Metro-North train to Grand Central takes about an hour and fifteen minutes. The Taconic State Parkway is 13 miles to the east.

Nearest Hospital: The mental health hospital Four Winds has a location in Katonah. Northern Westchester Hospital is five miles away in Mount Kisco.

Schools: Elementary school students attend either Katonah Elementary School or Increase Miller Elementary School in nearby Goldens Bridge. Both schools feed into the John Jay Middle School and John Jay High School, each located in nearby Cross River. The private, co-ed preparatory Harvey School, located on a 125-acre parcel in Katonah, serves grades six through 12. The Montfort Academy, a Catholic high school founded in 2001, began in Katonah, although in 2013 it moved to Mount Vernon.

Katonah’s roots go back to Colonial times, but if you want to see them, you’ll need scuba gear. Named in honor of the Native American chief who sold English settlers the land for the town of Bedford (which contains the hamlets of Katonah, Bedford, Bedford Hills, and Bedford Corners), the entire hamlet of Katonah was placed on logs and rolled to its current site in 1897 to make way for the construction of the New Croton Dam, which expanded the Muscoot Reservoir, flooding Katonah’s original site.

Anyone who wonders why Katonah’s founders didn’t simply start over have never walked down Katonah Avenue and seen how the old hamlet’s remnants make up the current downtown. Ask any of Katonah’s residents why they moved there or decided to open a business there, and there’s a very good chance you’ll hear the same story: They happened to visit Katonah’s  downtown, felt like they’d fallen into a Norman Rockwell painting, and then realized they never wanted to leave.

“It has a real vibrant village, an incredible, diverse retail scene; it’s walkable, and people live there,” says Peter Menzies, who, with his wife Gretchen, took over Little Joe’s Books in 2013, opening the Katonah Reading Room Cafe & Market a year later. (Today, the cafe’s walls are chockerblock with photographs of visiting celebrity, including Bill Clinton, posing with members of the Menzies family.) “People live there” may seem like an odd praise, but the Menzies have also operated businesses in other parts of Bedford, and they know that just because a downtown is aesthetically pleasing doesn’t necessarily mean it’s economically vibrant.

Katonah manages to be quaint without being overly precious, somehow managing to retain a blue-collar vibe despite the prices climbing for its wealth of Victorian and Queen Anne houses sited on spacious, rolling lawns. That vibe comes courtesy of its retail scene: the Kellogg & Lawrence Hardware, established in 1887, and the Charles Department Store, opened in 1924, may sell some high-end items, but they’re also family-owned businesses with generations of loyal local customers. The Blue Dolphin may look like a small-town diner on the outside, but step inside and you’ll find it’s a world-class Italian restaurant whose dedicated servers will remember your name even if you moved away years ago.

All of this adds up to the kind of place where people are both extremely proud of where they live (in 2007, nearby resident Martha Stewart introduced the Katonah Collection, a furniture line meant to pay homage to the region) and incredibly protective (residents promptly sued Stewart in an effort to get her to name the collection something else). But Katonah’s community spirit is usually directed toward less litigious endeavors. Just take a look at the always-packed classes at the Katonah Art Center or the crowds that gather every weekend for stroller tours or senior socials at the Katonah Museum of Art. Or check out the plethora of innovative, alternative health businesses (like Jim Gates Rolfing) or visit the Katonah Village Library, which, thanks to years of support and fundraising from local residents, outshines—in both its size and its programming—most of the libraries in towns that are 10 times bigger.

Like many Hudson Valley towns, Katonah is slowly getting younger as new families migrate up from New York City. “I haven’t hit 50 yet, but now I feel like the old guy, and it’s great,” says Menzies. While Katonah’s retail scene could still catch up a bit to its changing demographics—Menzies notes that it could use a skateboard shop for the children, and that many residents would like another family-friendly pub—it’s the hamlet’s timelessness that continues to attract both young couples and creative types.

“My theory has long been that there are so many creative people here because creatives are more about the aesthetic feel of a place, sometimes edging out practicality,” says Peter Linz, a 20-year resident. “But Katonah wins out because it has both.” On Linz’s own dirt road, a 10-minute walk from town, there’s a touring jazz guitarist, an Academy Award-winning animator, the lighting designer for the New York City Ballet, and a character actor. And then there’s Linz himself: He’s an actor who commutes to New York City for his job as none other than the puppeteer behind Ernie on Sesame Street.

Katonah’s borders are somewhat malleable, and it can be hard to say exactly where it ends and the other nearby hamlets begin. Since downtown, which includes a Metro-North station, is the main draw, any house within walkable distance usually commands a higher price than a similar home at its more rural edges. 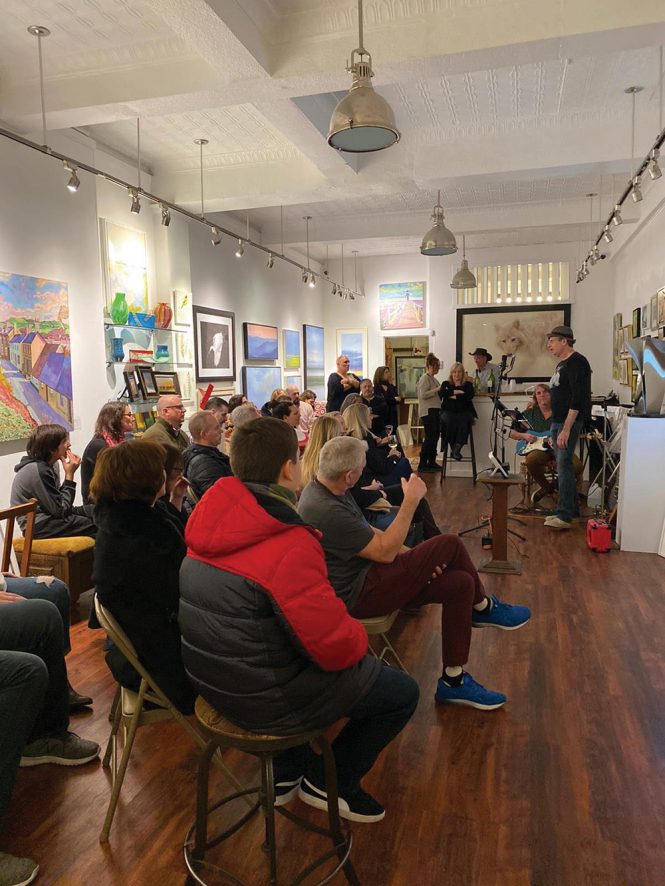 Nevertheless, you can live the Westchester life here for under $500,000. At press time, an updated 2,000-square-foot Colonial with four bedrooms and two bathrooms, not too far from downtown, was on the market for $480,000.

Otherwise, expect to find homes listed in or near downtown in the $600,000-to-$850,000 range.  Most are architecturally charming homes with plenty of room. But if you want to have ample room and be right in the thick of it all, a 4,135-square-foot, four-bedroom, three-bathroom house, built in 1900 and located a stone’s throw from the train station, is on the market for $1.15 million.