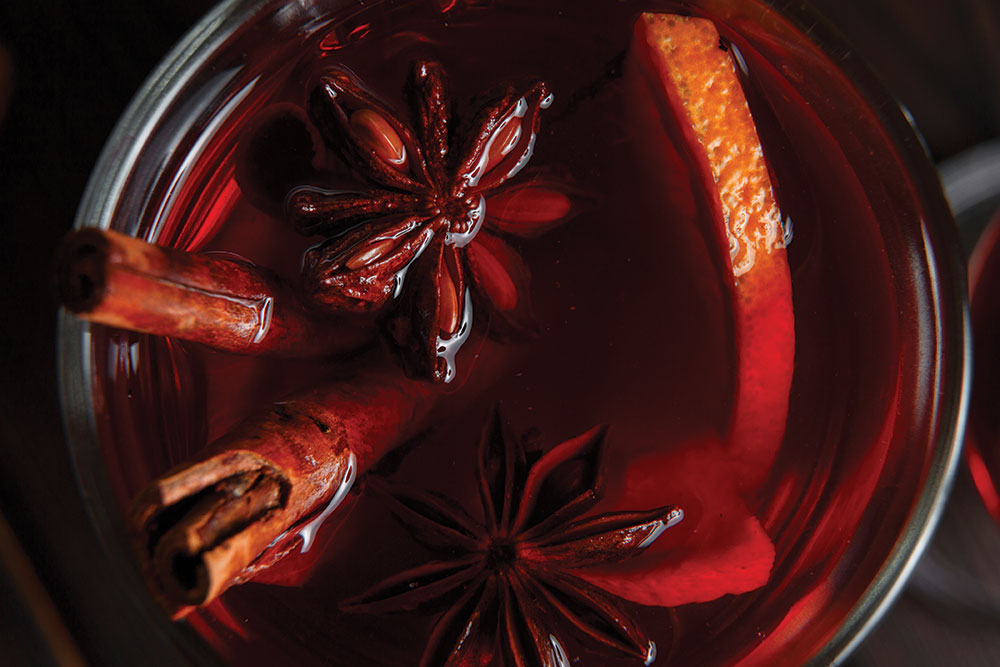 It’s winter once again. Time to hunker down. And so far, Hudson Valley weather predictions indicate that we’re in for months of frigid temperatures and lots of snow. Unless we’re avid skiers or kids who haven’t yet learned to hate shoveling driveways and scraping windshields, we are already complaining about the prospect of another long, bad winter. But in Nordic countries, an extreme winter isn’t just a given, it’s something to take into stride, and even celebrate.

In Scandinavia, winter is time for hygge: the practice of nurturing a feeling of contentment and coziness. Hygge (pronounced “hhyooguh,” “heurgh,” or simply “hooga,” according to Meik Wiking’s The Little Book of Hygge) originated in Denmark during the Viking era. (Speaking of Vikings, the Danish word that means  the opposite of hygge is uhygge, a feeling of unease or fright.)

Today, Swedes and Norwegians participate in hygge along with the Danes—in fact, the Norwegians define hygge as “the giving of comforts, the sharing of joy.” Not only that, but hygge is the latest lifestyle craze to emerge from the Nordic world, and it’s getting plenty of attention this season from American media.

So how do you “do hygge”? There’s no English equivalent of the word. The practice can take place in many different ways: indoors or outdoors, alone or within a gathering of intimates or strangers. Hygge is about enjoyment and comfort, creating a welcoming environment: It’s surrounding yourself with houseplants and tasteful furnishings, wearing soft sweaters and fur-lined boots, tossing thickly knitted throws across the sofa, baking bread, collecting artisanal goods and even making things by hand, settling around a fireplace or encircling a firepit in the snow, and keeping lots of candles burning.

In Denmark, consumerism unabashedly embraces hygge, which is omnipresent in the country’s product advertising. But hygge involves emotional connection and wellbeing as much as it does material comforts. It’s just as much about inviting guests for dinner, making your own holiday gifts, and sharing drinks—especially the traditional Nordic winter beverage, glögg (sometimes called grog), a heated, spiced wine that originated in the early 1600s.

One entrepreneurial venture, Hetta Glögg, is bringing hygge to the Hudson Valley. The company originated in northern New Jersey and moved to Millbrook in 2004, and then to Rhinecliff three years ago. Last summer, Hetta Glögg relocated to a building on Broadway in Kingston’s historic Rondout neighborhood. The company’s new headquarters not only provides enough space for glögg-making, but offers a cozy shopfront painted deep red, for hosting gatherings and events. “The space is bigger than it looks on the outside,” notes Hetta Glögg cofounder Darren Davidowich.

Hetta Glögg is made from a Norwegian recipe that’s been handed down through the ages within the family of Davidowich’s sister-in-law. “Technically, it’s still wine at the end of the day,” Davidowich says. “But it’s also wine with a lot more.” The recipe begins with port wine, which is infused with cinnamon, cardamom, orange peel, and raisins. After the spices are removed and their juices retained, the wine is heated, brandy is added to the mix, and the glögg gets bottled.

For Davidowich, glögg is all about goodwill and hospitality—though he is quick to point out that the drink has medicinal qualities too. (Try it for clearing a head cold or easing stress).

“It’s about welcoming in,” he says. “Handing someone a mug of something warm that smells good is a great thing to do as a host. It makes guests feel very received and tended to.”

But glögg is not just for drinking together. “It’s paired with conversation,” Davidowich explains. “And conversation implies an exchange. Conversation is not having an argument online or talking to someone at a store or on the train. It’s an exchange of words, feelings, ideas with someone we’ve chosen to be with, to share glögg with.”

Glögg or not, I wish you warmth and ease, comfort and joy this season, whatever comes to pass outside. As the Danes say, Kan du hygge dig!