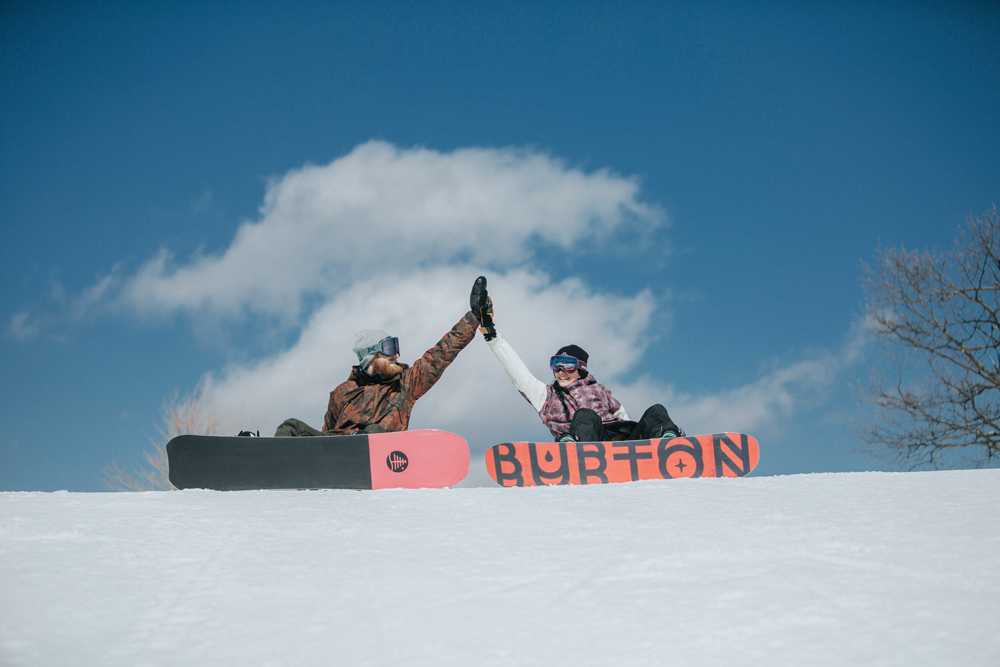 Population: 2,647 (Includes Haines Falls, the villages of Hunter and Tannersville, and those who live within Hunter but outside the main three population centers)

In winter, most Hudson Valley towns hibernate. Tourists stay home, shop owners take vacations, and everyone gets caught up on their reading list and Netflix queue.

But for the town of Hunter, winter means time to wake up. The 90-square-mile town—spread out along Route 23A, which connects  several Catskills high peaks—features three population centers: the hamlet of Haines Falls (population 78) and the villages of Tannersville (population 950) and Hunter (population 435), lined up from east to west. The town also includes numerous natural glories, like Kaaterskill Falls and, most famously, the eponymous mountain that towers overhead. In the 1950s, after locals built a ski resort on Hunter Mountain in an effort to bolster the town against the Great Depression’s lingering effects, Hunter became known as the “winter Hamptons.” By the 1970s, the resort was attracting a wide circle of celebrities, including Paul Newman, Joanne Woodward, Robert Redford, Kim Novak, Leonard Bernstein, and the Kennedy clan; and sports stars like Arnold Schwarzenegger, hockey great Anders Hedberg, tennis player Ivan Lendl, and skier Hugo Nindl. The ski slopes filled, second homes blossomed, and on winter nights, with its many new bars, Hunter became the place to be. But there wasn’t much to do there besides ski and drink—and one of those things you can only do in winter. SoHunter’s star power dimmed.

“We’d invite friends up to visit us, and I’d tell them, ‘When you drive through Hunter, just close your eyes,’” says Peter Finn, founder and managing partner of Finn Partners public relations firm in New York City, who lives in a house on the outskirts of Hunter that’s been in his family for over 125 years. He’s joking, but only slightly. In the 1990s, about one-third of Hunter’s buildings along Main Street/Route 23A were boarded up and/or had been for sale for years. After Finn and his wife Sarah finished extensive renovations on their own house, they bought some neighboring properties and fixed them up too. Then they started thinking about Hunter village’s movie theater. It was for sale, and it was in bad shape. But if you own the movie theater, Finn reasoned, you get to pick what movies to show.

That’s when Sean Byrne showed up at the Finns’ house, thanked them for their improvements to the neighborhood, and told them he was helping launch the Hunter Mountain Foundation, to buy blighted properties and fix them up. Members of the nascent organization urged the Finns to buy the movie theater, but set it up as its own nonprofit foundation. “They said if you do something like that yourself, it’s all on you,” Finn recalls. “But if you do it as a nonprofit, people will help.” And, boy, did they ever. 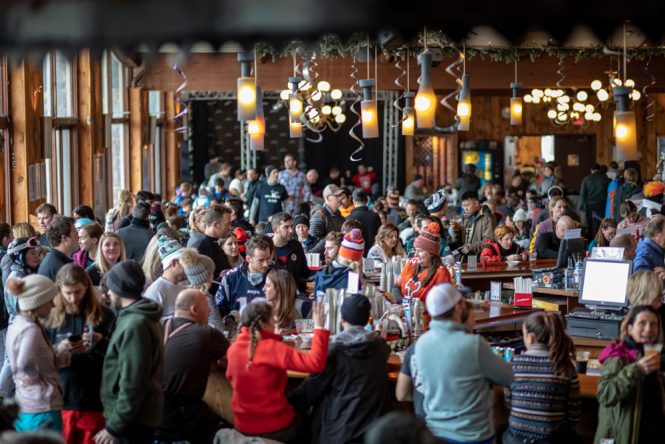 The twin launches in the ’90s of the Hunter Mountain Foundation and the Finns’ Catskill Mountain Foundation gave locals and second-homeowners an opportunity to come together, raise money, and get to work. The Hunter Mountain Foundation developed Tannersville’s now iconic “painted village in the sky” look, repainting its buildings in bright, eye-catching colors and transforming the feel of the village from a backwoods town with many closed-down bars to a funky, inclusive outdoor wonderland. Today the Hunter Mountain Foundation helps maintain Tannersville’s look, and acts as a business incubator, filling the once-vacant storefronts with new shops and restaurants, as well as developing a golf course outside the village and a small farm next to the high school. New trails in Haines Falls feature several safer, more secluded ways to hike Kaaterskill Falls in response to the increasing numbers of fatalities that have occurred there in recent years due to swelling crowds. The Hunter Foundation’s executive director, Sean Mahoney, says the next projects involve building trails to connect the popular Devil’s Path and Escarpment Trails by leading hikers though Hunter and Tannersville. “You then could walk from West Kill Mountain to East Windham, which would be a 40-to-50-mile excursion, and it would be a world-class trail,” Mahoney says.

Summers in Hunter are now even busier than winters, the villages filled with antique shoppers and outdoor enthusiasts, and the annual Oktoberfest and Ciders in the Catskills event in fall keep things hopping. The newly renovated Scribner’s Catskill Lodge is at the forefront of the movement that’s making the Catskills hip again, and hosts community events like free outdoor movies in the summer. It’s also injected new energy into the village of Hunter, which, with its mix of business and residential buildings on its Main Street, lacks the compact visual cohesiveness of Tannersville. Even the impending sale of Hunter Mountain ski resort to Vail Resorts has so far been greeted with cautious optimism, as locals hope improvements will follow. As Mahoney points out, in Hunter there isn’t the usual “locals vs. tourist” tension that many newly popular places in the Hudson Valley experience. “It’s the nature of the beast,” he says. “If you live here, you’re okay with it and you want more of it. Whether you’re a carpenter, or an excavator, whatever you do, the people who come up here are how you’re paying the bills.”

As for the Finns, the irony is that since buying Hunter’s movie theater, they’re too busy to see many movies. Catskill Mountain Foundation provides year-round arts programming, including live theatrical and musical performances, gallery showings, and, yes, movies, at three different locations: the Doctorow Center for the Arts in the village of Hunter (the old movie theater), the Orpheum Film and Performing Arts Center in Tannersville, and Sugar Maples Center for Creative Arts in Windham. But Finn still remembers when, in the foundation’s early days, he and his wife ran into a fellow Catskills region resident in New York City. When they told the woman what they were up to, her nose wrinkled. “Hunter?” she said incredulously. “Oh, I would never go to Hunter.” But then she did, Finn recalls, and she found so much to do there that she’s still coming back. 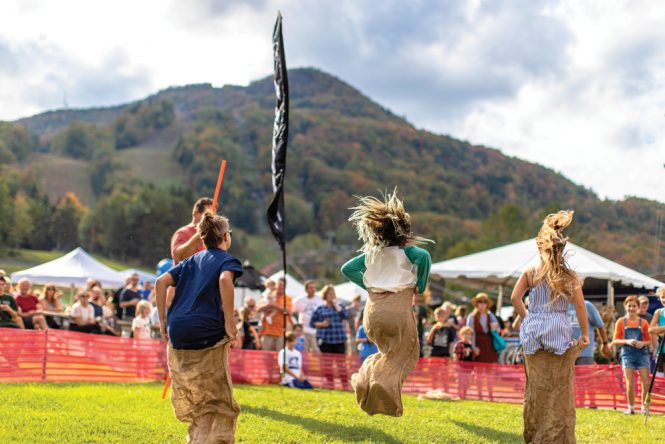 Sack races and other old-fashioned games were popular at the 2019 Oktoberfest and Ciders in the Catskills tasting event.

As with most touristy towns, there’s a big discrepancy in the market between small cabins and ski shacks and grand weekender estates. If you’re keen on living the rustic life, there are bargains to be had, with many three-bedroom homes priced under $200,000. On the upper end, an eight-bedroom, 12-bathroom compound at the foot of the mountain, including tennis and basketball courts, could be yours for $1.7 million.

Or start your own new Catskills tradition: The historic 7,000-square-foot Eggery Inn in Tannersville is on the market, with 17 bedrooms and 17 bathrooms, for under $300,000. Sure, it needs some work, but you could live the “Gilmore Girls” dream of being an innkeeper in a picture-perfect town. Or just move in yourself. Once word gets out that you’ve moved to Hunter, a lot of friends will want to visit you.