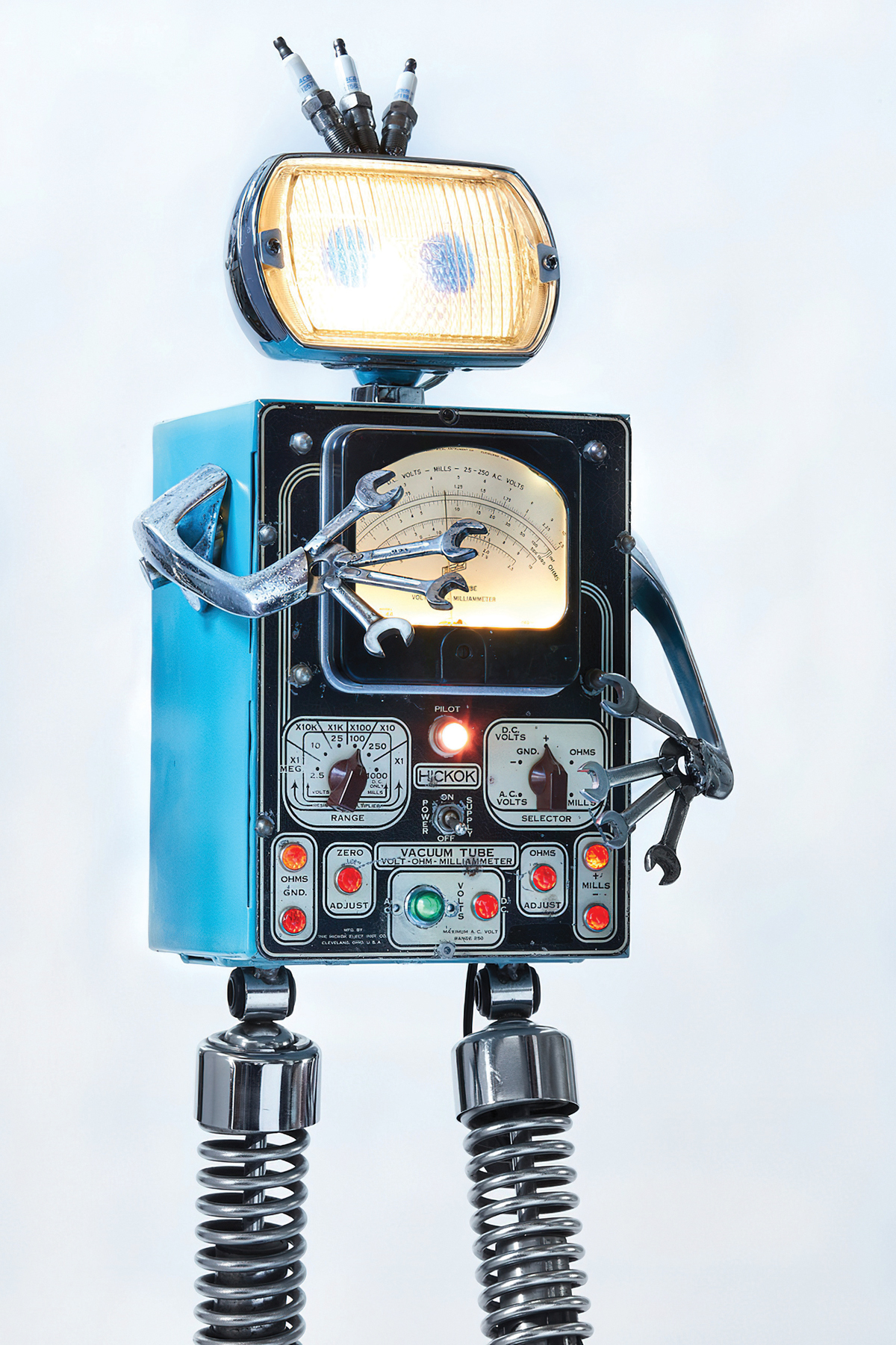 The word fabulous can be defined as “wonderful,” but also “extraordinary, having no basis in reality or mythical.”

Fabulous Furniture on Route 28 in Boiceville fits both definitions. Drive by the showroom and you’ll understand why it’s extraordinary. It could be the alien spaceship—that lights up at night—or the one-of-a-kind life-size stegosaurus made out of rusty shovel blades. Both flank the store’s entrance, alongside a wrench-osaurus, a dinosaur made from wrenches that can project flames. Fabulous Furniture is part furniture showroom, part robot art gallery, and home to a collection of attractively reconfigured cars.

Steve Heller is the inventive mind behind all these creations, and he runs the store, together with his wife, writer Martha Frankel. Despite owning Fabulous Furniture for 47 years, Heller has not run out of ideas, and he’s usually working on 20 projects at the same time. Heller might be crafting a live-edge table from a distinctive piece of wood or assembling a larger-than-life robot from vintage car parts, or he might be welding exaggerated fins onto one of his latest automotive finds. 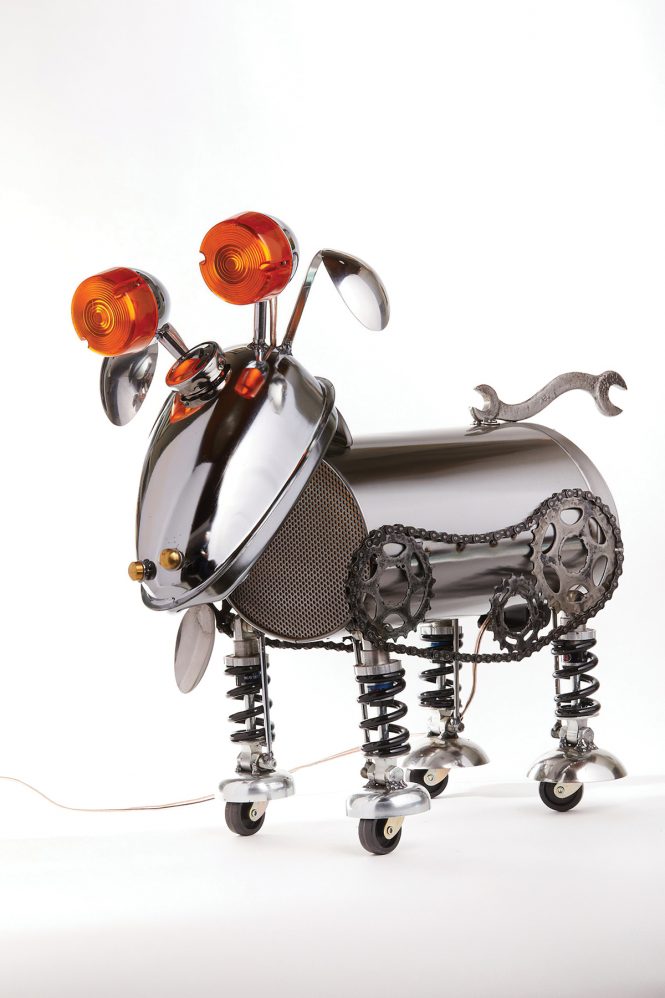 Fido, made of chrome, stainless steel, and motorcycle taillights, is mounted on wheels for easy walking!

“Most of our work is actually commissions,” says Heller. “If you come into the gallery here and if there’s something you like, and you can take it home, great. Otherwise, everybody always wants the table longer, lower, wider. They want this table but they want it in cherry, not walnut.”

The same goes for the robots and sculptures. “A friend of mine called once and said, “‘My friend collects giraffes,’” says Heller. “‘Don’t you have a giraffe sculpture?’ Mine was only about six feet tall and was made out of found metal, rusty stuff. She liked it but wanted something really shiny, made out of chrome, so I made her a 15-foot-tall chrome giraffe out of car bumpers and grills.”

While much of what Heller sells is furniture, there is no Fabulous Furniture line—the pieces he creates are one of a kind. He favors working with wood from trees that were previously felled or have to come down. “What I’m after is trees that are dead, diseased, or misformed, trees full of burls, or a tree that was hit by lightning and they had to cut it down,” Heller says. “Those trees have incredible grain and patterns. Lumber companies want everything exactly the same. That’s why they use oak for furniture, because wherever you get oak from—Virginia, Maine, or any place in between—it all looks exactly the same, while black walnut looks different from different areas and is the king of woods. That’s what we use. We don’t use any oak, we don’t use any pine. We do use different kinds of maple. Our specialty is diseased maple, which looks like a pen and ink drawing—it’s unbelievable. We use cherry, which is a beautiful deep-red color. We’re after something that you wouldn’t see anyplace else.” 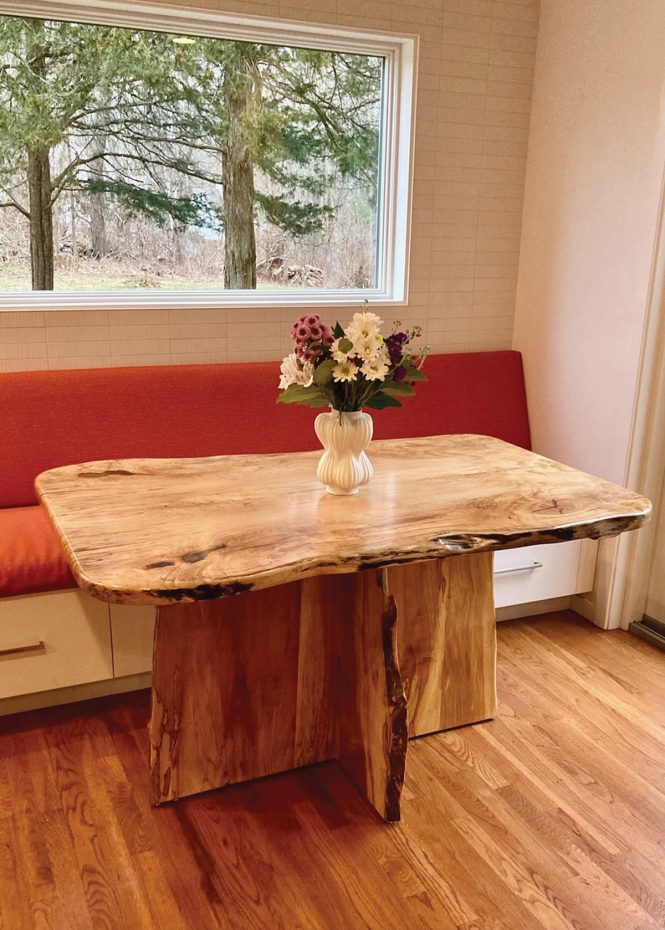 Heller began his wood carving/sculpture career when he was only 12, finding pieces of wood in a park and carrying them home on his bike. Since then he’s mastered diverse projects, creating heirloom furniture such as naturally-edged tables, with butterfly joints that look like actual butterflies, and chunky end tables cut from lightning-scarred wood.

As a teen he also began tinkering with cars. He was 14 when he purchased his first car, took it apart and put it back together. Heller likes to dress up cars with vivid images of flames and details such as exaggerated fins and headlights. “A school teacher brought us a brand new 2016 Honda minivan and said she always wanted a flame car,” says Heller. “We flamed it for her and it changed her life. She’s so thrilled and happy.” 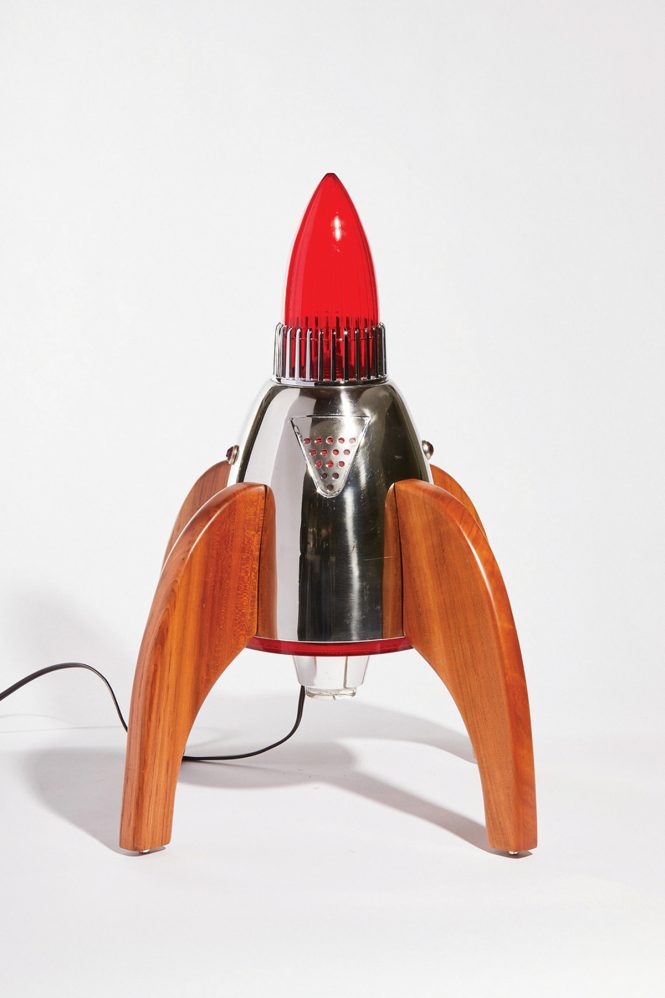 He welded the fins from a 1957 DeSoto onto a Mercury Grand Marquis and painted it two-tone white and turquoise. “It was such a great cruiser car,” says Heller. “I had the Marquis and then it got written up in the New York Times and a collector called and had to have it. So I sold it. I cried when I put it on the truck to California.”

His fascination with robots dates back to his childhood, when robots abounded in popular culture. Fabulous Furniture features robot lights, robot clocks, and robot sculptures. There are tiny robots and larger-than-life-size robots, some inspired by 1950s robots, others inspired by the films Robots and WALL-E. Many are made with vintage car parts. Customers for his robot creations span the globe. “There’s a whole robot culture out there,” he says. Heller’s robot sculptures have been exhibited at the Petersen Automotive Museum in Los Angeles, the American Visionary Art Museum in Baltimore, and the Norman Rockwell Museum in Stockbridge.

Heller says he’s rarely flustered by commissions, no matter how out-of-this-world the requests might be.

“If you can think it up, we can build it,” Heller says.