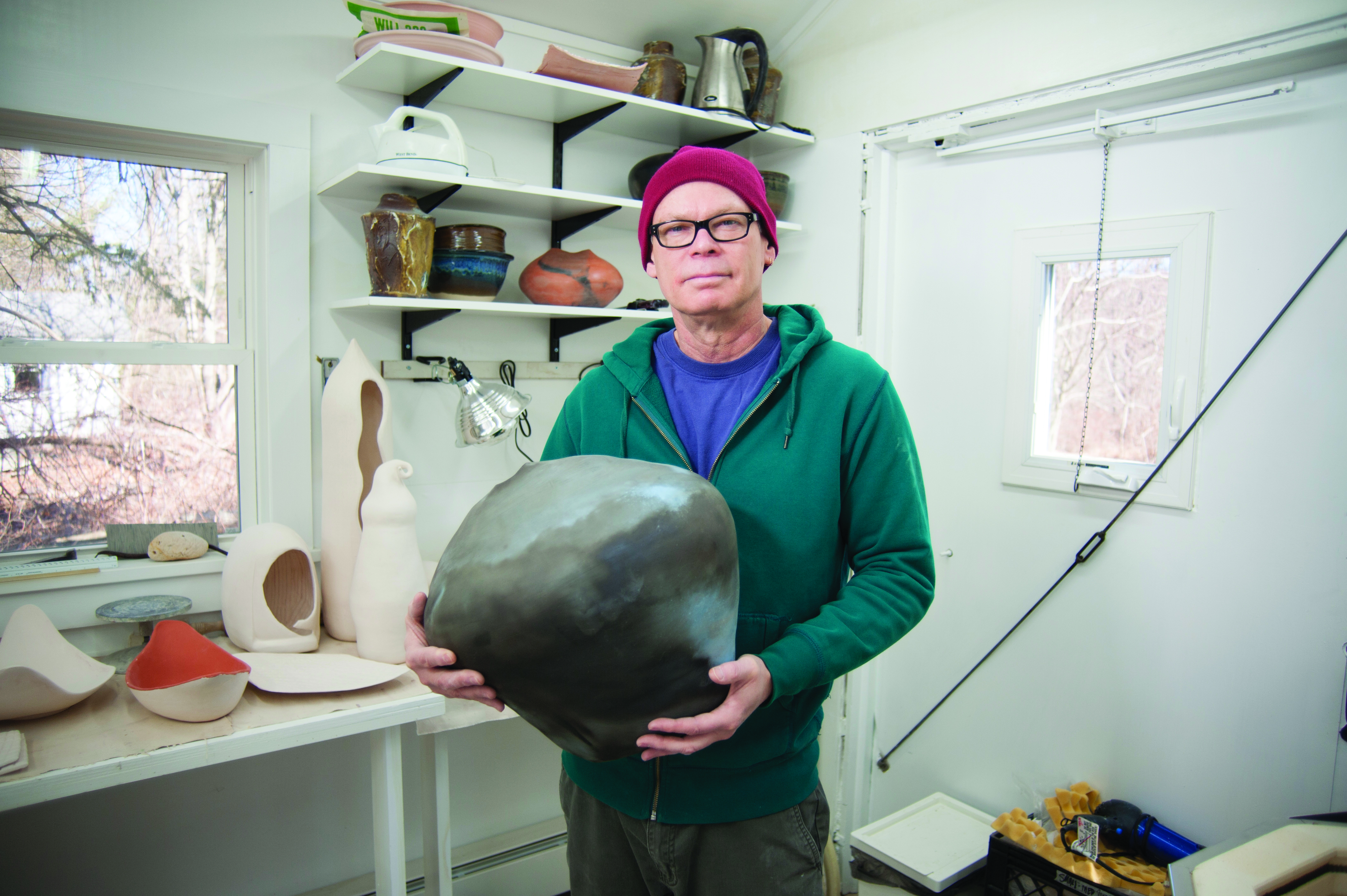 Bob Barry likes chaos. A noted ceramicist, artist, and professor at Long Island University, he knows how to make a piece of clay bend to his will, but for his recent work he prefers to let nature take its course. His mantra lately has been “Whatever happens, happens.” Spare, simplistic structures wander the expanse between vessel and sculpture in a body of work shaped more by feel than deliberate design.

The pieces’ distinctive, ghostly coloration comes from being smoked after kiln drying, a technique Barry picked up from Native Americans while growing up in Southern California. The process produces patterns that “can’t really be predicted or controlled. All the markings are random,” he explains.

Although Barry had wanted to try the smoking technique for years, he wasn’t able to explore it fully until moving from Brooklyn to a secluded house in High Falls. “If I had a lot of neighbors, they’d say, ‘What’s that burning over there? There’s a lot of flames,’” he says.

But the change in atmosphere has produced other effects, too. Barry says his most recent pieces are “starting to resemble the woods around my house,” which he claims is a byproduct of approaching the design process without a plan. “I do some other work where I’m controlling,” he admits. “With this work, I’ve abandoned all hope. I want it that way.”