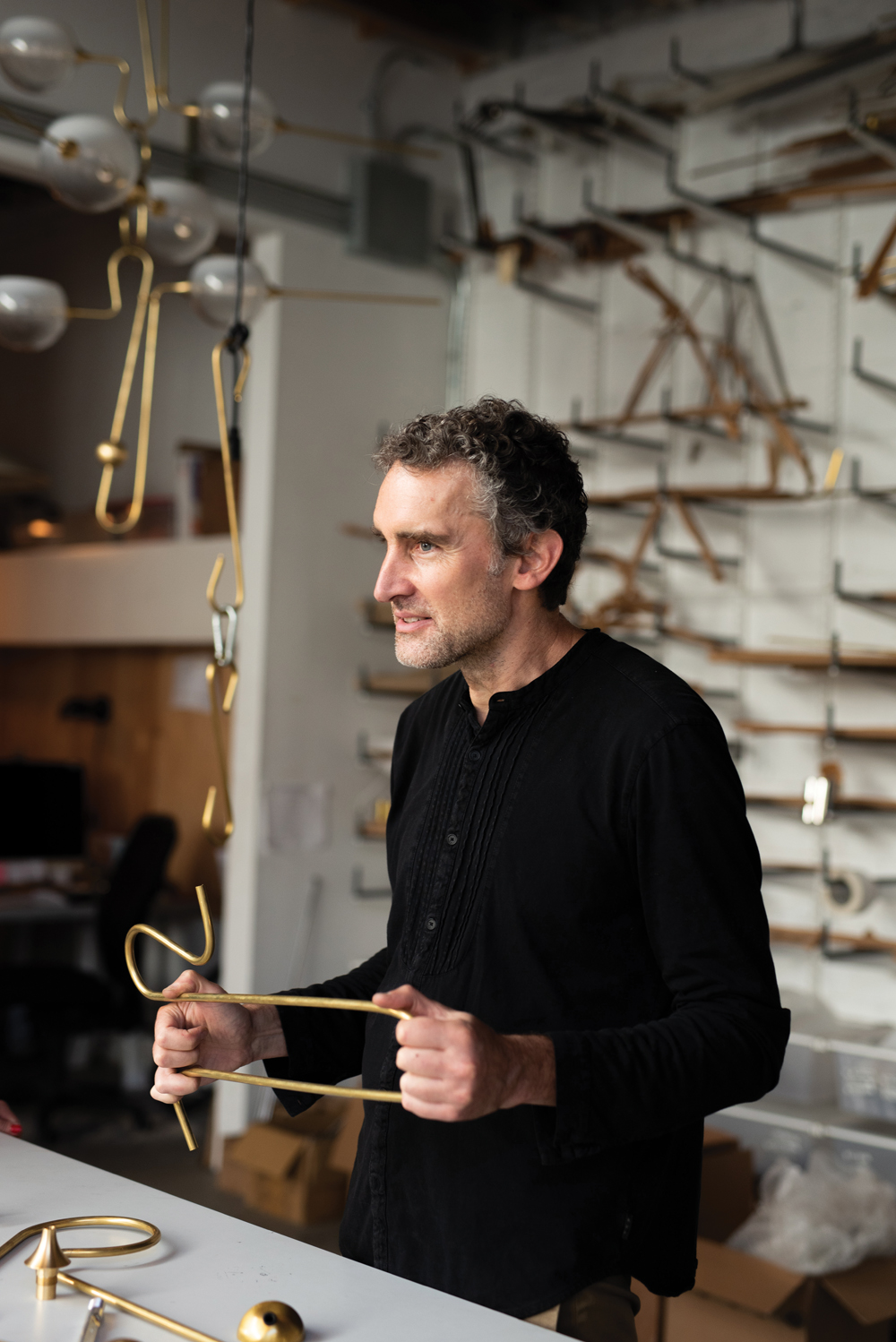 From a design perspective, David Weeks sees form and function as not only existing side by side, but equally critical; from an artistic perspective, he approaches his work as if it were sculpture. “I make one of something, and I’m not really concerned about how I’m going to make it again,” the Brooklyn-based designer explains of a process that’s not only pragmatic but also very much in the moment—as evidenced in the Whiplash Collection.

Unveiled in May, at the David Weeks Foundry in Germantown, the Art Nouveau-inspired collection takes its name from the sinuous lines that came to define an era more than a century ago. The collection—the first from David Weeks Studio to feature blown glass—repurposes an ornamental flourish as functional with signature minimalism and ease. The end result is what Weeks calls an open-ended dialogue between material and form. 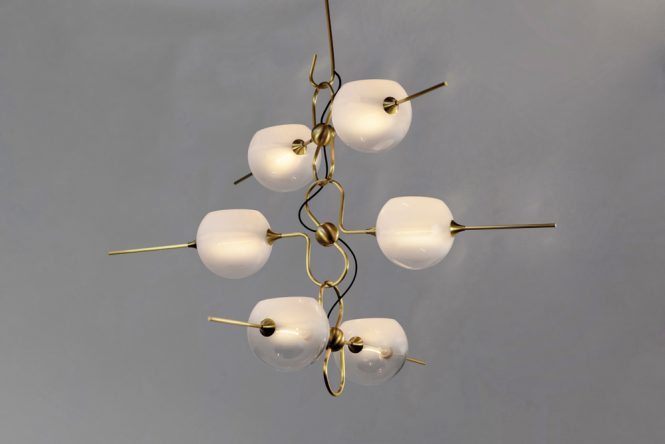 A three-tiered fixture from the Whiplash collection, which debuted this summer at the Germantown location of David Weeks Studio.

“Materials dictate strength. Strength dictates structure. Repetition quantifies proof of concept,” the artist explains, pointing to a contemporary who once said his favorite design is the one that’s about to break. “[In other words], it’s designed so dead-on-the-money that it works, but it’s not overbuilt in any way,” Weeks explains. In fact, he welcomes loose ends that help advance a project. “Designing for yourself can be contradictory,” he explains, akin to having two jobs, where one is tasked to resolve the very same problems one creates—a process for Weeks that ultimately clarifies his understanding of art and design.

The Whiplash Collection, marked by piercing elegance and modernism, stands in stark contrast to the quotidian chandelier. “Glass is inevitable,” Weeks says, pointing to the partnership between light and glass, glass and light. This, after years working with metal, proved a welcome respite. “Working with glass is a totally different experience,” Weeks says of the three-year collaboration with Brooklyn glassblower Michiko Sakano. The collection features six configurations of a modular design—employing complementary elements including very fragile pearls of glass and engineering that hinge on counterweights— ranging from a solo pendant to a five-tier fixture. 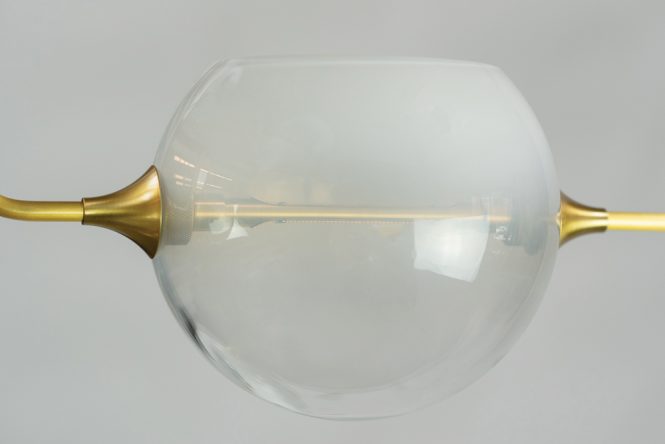 David Weeks Studio was founded in 1996 as an umbrella for the designer’s diverse interests. What began as a core group of elemental lighting fixtures has evolved into a product line featuring furniture, accessories, and installations. Regardless of the medium, Weeks leans into the process: namely, examining the materials, understanding the particular situation in which the designer finds himself, and making the best of what he has.

“I think Whiplash did it,” Weeks declares of the yield from his partnership with Sakano: a solid piece that is sincere, honest, and speaks to what they aspired to do in the first place. The Whiplash Collection is an electrifying dance between delicacy and dynamism, energy and poise; one that reflects the feminine coils and curves of the natural world. When compared with art, Weeks does not mince words: “Design is more disciplined, more calculated, and not as instinctual.” It is, according to Weeks, a more complete way of thinking.