Transportation: There is a Trailways bus stop in Margaretville, served by Adirondack Trailways and New York Trailways, with buses to Port Authority in New York City.

Nearest Hospital: Margaretville Memorial Hospital is located in the village on Route 28. 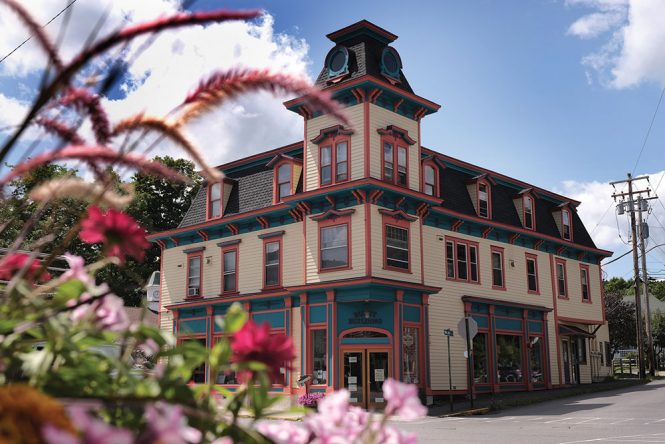 The beloved Bussy Building in downtown Margaretville was built in 1850 to house a grocery store.

If you’ve ever taken a scenic drive up Route 28 into Delaware County, it’s likely that you took in the south end of Margaretville at a glance—a Freshtown supermarket, a CVS, and the Bun ’N Cone burger-and-ice cream stand with its ample parking lot and picnic tables. Whether you made a pit stop or kept going, it’s also likely that you assumed that’s all there is to the Village of Margaretville.

“[People] go to Freshtown, get their poison ivy thing at CVS, and then they’re back on [Route] 28 and they’re gone,” says artist and retired naturopath Barbara Alyn, who moved to Margaretville from Long Island 25 years ago and recently opened Barbara Alyn Artwear.  She says she’s met folks who’ve lived in the area for decades who “didn’t even know there was a Main Street here.”

But just beyond that little strip of stores, nestled at the base of Pakatakan Mountain, lies a veritable time capsule of classic American small-town sweetness: Margaretville’s business district.

From Route 28, Margaretville’s business district is entered by way of a small bridge over the Delaware River—which seems like the way one should always be introduced to a quaint village. In fact, the river is what drew Margaretville’s original Dutch settlers—specifically, its binnekill, Dutch for “backwater portion of a stream,” according to the Middletown Historical Society (the larger township to which the Village of Margaretville belongs).

By the 1840s, a full-fledged hamlet had materialized: Middletown Center was later renamed Margaretville after Margaret Livingston, a descendant of Robert Livingston, then owner of the Hardenbergh Patent, which covered millions of acres of Catskill Mountain land, including the village.

Nowadays, Margaretville’s business district remains small but is increasingly diverse and eclectic, experiencing a resurgence like never before, with long-vacant commercial properties being snatched up by aspiring entrepreneurs and restaurateurs. That includes an Art Deco theater that recently sold and is up for redevelopment; the former Ark Bowl, under new ownership as the Margaretville Bowl, which is being renovated to accommodate a bar, restaurant, cinema, and live music venue to complement its original bowling alley; and a large dairy farm north of the village that’s being transformed into Faith American Brewing Company by actor Kelsey Grammer. 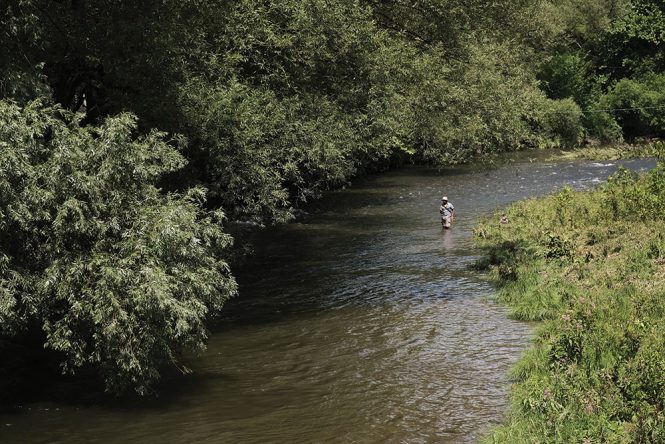 The East Branch of the Delaware River flows through town, inviting anglers from around the world.

“There’s more creative energy here than I remember in a long time,” says Jessica Olenych, owner of Home Goods of Margaretville and president of the Business Association of Margaretville, who grew up in nearby Arkville.

Beyond the shopping and dining possibilities—storefront shops sell everything from outdoor gear and jewelry to fabrics and antiques, and culinary options abound for such a small town—Margaretville is one of Delaware County’s commercial centers, and has historically served as an agricultural hub and marketplace. Insurance companies, banks, and attorneys are set up here, as well as a Department of Motor Vehicles. Margaretville Hospital and Margaretville Central School are the main employers of those who don’t work for themselves.

While Margaretville is far from a nightlife community (Alyn and her husband travel 35 miles east to Woodstock for live music), the burgeoning art scene is palpable, with galleries and a small theater in the village. This year, organizers of the inaugural Something Fishy on Main Street event decorated Main Street with trout crafted by local artists, which are then auctioned at a big community fish fry on Labor Day.

With a population of 596 within its .7 square miles, Margaretville’s residential streets exude an overwhelming sense of calm and safety. Gorgeous Victorian architecture and landscaped lawns are dripping with wholesome, Rockwellian small-town vibes. When you first learned about the American Dream, you probably pictured a place like Margaretville. It is so picture perfect, in fact, that it served as the setting of a fictional upstate New York town in the 2000 drama You Can Count on Me with Laura Linney, Matthew Broderick, and Mark Ruffalo, who lives just down the Delaware River from Margaretville in Callicoon, Sullivan County.

But despite a powerful sense of family and community, local real estate agent Axel Schwolow safely assumes as many as 80 percent to 90 percent of people currently buying property in Margaretville are second-homeowners from downstate. Olenych has noticed an uptick in the population of couples slowly transitioning from New York City to the Catskills, often with one spouse living in Margaretville full-time while the other commutes for work.

“It’s really the second-home central of the Catskills,” says Schwolow, who’s lived in Margaretville since 2002 and started as a part-time resident himself. “There is a sprinkle of millennials from Brooklyn who find this area attractive and can work from anywhere,” he says, but adds, “It’s just a handful.” 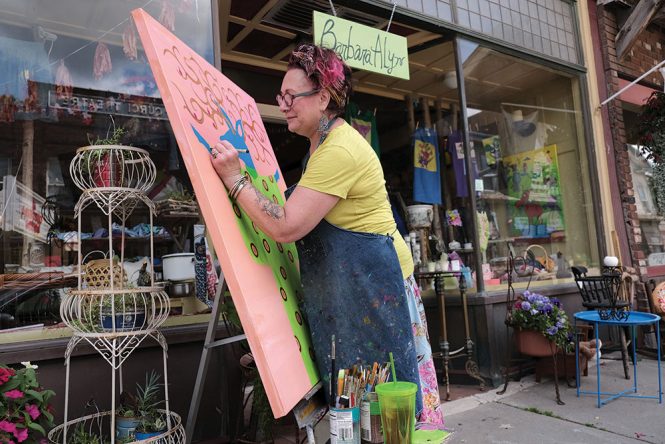 Your buck takes you a long way here: A four-bedroom, two-bath 1850 Queen Anne Victorian with a wraparound porch was featured in the New York Times “What You Get for $250,000” real estate series. For $474,500, you can snag a five-bedroom three-bath home on a farm that once belonged to Margaretville’s namesake herself, Margaret Livingston. A private 230-acre retreat will run you $795,000—far short of the near-million-dollar price tags that accompany similar properties further east near Woodstock and Kingston.

For simpler housing, the bargains are downright insane: a Cape Cod-style three-bedroom home on six acres with a woodstove for $175,000; charming country homes with mountain views on more than five acres for as low as $134,000; and cozy cabins that need a bit of TLC for less than $100,000.

Whether their roots run deep or if they’re new to town, everyone in Margaretville is simply looking to “create their own little bit of heaven here,” says Central Catskills Chamber of Commerce Executive Director Carol O’Beirne, who has lived in the area since the 1970s.

“We’re all searching for a quieter, but renewing landscape,” says O’Beirne. “People [here] are very proud of their community. We’re very fortunate to be able to live here.”