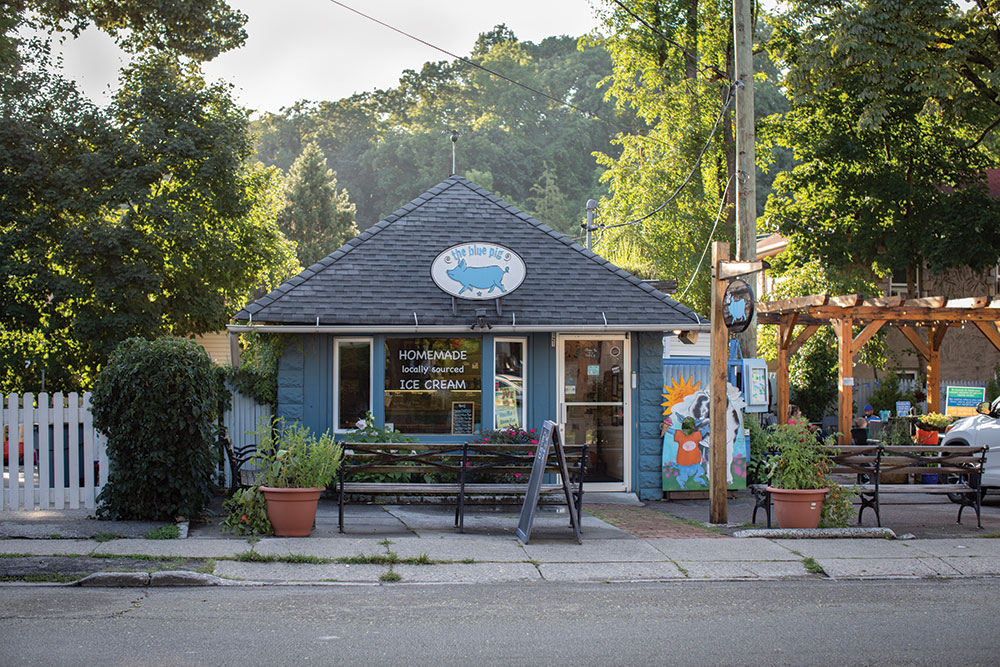 Proximity to Major City: White Plains is 16 miles to the southeast, Midtown Manhattan is 40 miles south.

Transportation: One of Croton-on-Hudson’s best-known features is its train station, which serves as an important hub for Metro North and Amtrak. During peak hours, as many as six express trains leave every hour and reach Grand Central in about 45 minutes. Route 9 passes through town, and the rebuilt former Tappan Zee Bridge (now Governor Mario M. Cuomo Bridge) is about 14 miles south. Westchester County Airport is 18 miles to the southeast. 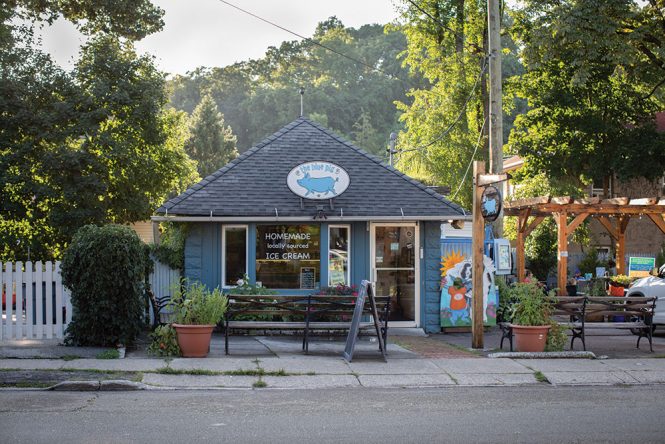 First-time visitors to Westchester County are often surprised on how downright rural it can be, with its acres of rolling, lush greenery interspersed between country homes and dense urban centers. The village of Croton-on-Hudson takes things one step further with a distinctly wild feel, despite the fact that it’s just a 45-minute train ride from Grand Central Station.

Croton-on-Hudson’s location is idyllic: surrounded on three sides by water—the Hudson River, the Croton River, and the Croton Reservoir—with a group of wildlife sanctuaries taking up much of the fourth side. Even before the reservoir and the iconic New Croton Dam were built in the early 20th century, the land between the two rivers has been coveted. Native Americans have lived here since at least 7,000 B.C., and in the late 1600s, Stephanus van Cortlandt, then mayor of New York City, received permission to build a manor here. The village itself sprang up around the manor, consisting mainly of people who worked there.

Despite the landscape’s historic popularity, it’s shocking how quickly you can go from the bustle of Midtown Manhattan to a wooded area within the village’s five square miles, where both white-tailed deer and red-winged blackbirds can be spotted. Case in point: On a recent picture-perfect summer Saturday afternoon, I ran for six miles on the Croton Aqueduct Trail up to Croton Gorge Park, and until I got to the dam, I saw five times as many rabbits as people. Upon reaching the dam, that ratio changed quickly. The 97-acre park at the base of the dam remains a popular spot for outdoor frolicking, including picnicking in the summer and sledding in the winter.

For those who prefer birdwatching to trail running, Croton Point Park—created on the waterfront over a capped landfill, thanks to the efforts of numerous activists and environmental groups—offers prime spots for watching bald eagles in the winter and nesting owls throughout spring. The park also hosts the Clearwater Festival in June. Just north of the park, Croton Landing provides one of the few public put-ins in Westchester for kayakers and canoeists wanting to paddle on the Hudson. And Teatown Lake Reservation’s 1,000 acres include 15 miles of hiking trails and year-round educational events. 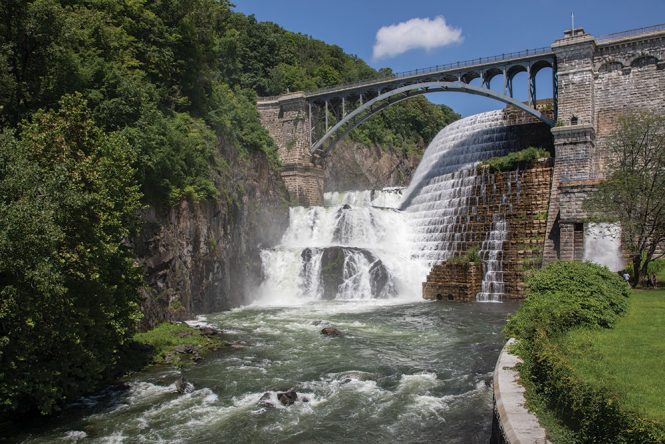 The New Croton Dam, as seen from Croton Gorge Park.

Yet for all of Croton-on-Hudson’s bucolic delights, it’s the village itself that stands out. Brooklynites moving upstate find themselves right at home amongst the socioeconomically diverse yet cohesive community and the lack of chain stores. Walk into the Black Cow Coffee Company, the village coffee shop and micro-roaster for over 20 years, and you’ll find a wide range of people filling the tables, chatting, holding knitting groups, playing mah jong, or engaging in political activism (at Postcard Tuesdays, customers write postcards to mail to political leaders while discussing current events and handing out voter registration information).

Newcomers also find themselves among neighbors who grew up in the village and never saw any point in living anywhere else, so it’s not unusual to meet people whose families have lived there for multiple generations. Croton-on-Hudson’s small school system also creates the kind of insular community in which parents all know each other—and each other’s children. So if your kid is hanging out in the village at 1pm on a school day, rest assured that you’ll hear about it. That may not sound so great to your kids, but after they graduate and move away, they’ll find themselves coming back to this quiet village when it’s time to start their own family.

All of this adds up to a red-hot real estate market where houses move quickly. The most recent housing data for the village, which in 2016 listed the median home price as $528,819, is much lower than the reality of the current market. According to local realtors, anything within walking distance of the train station that’s priced below $750,000, no matter the size, will spark a bidding war with numerous contingencies being waived. This includes the townhouses and condos along Half Moon Bay Drive, which runs along the waterfront between the train station and the Hudson River, some of which are quite modest (as of press time, a two-bedroom, 1,500-square-foot condo had just hit the market at $750,000), but here you’re paying not just for the train station, but also for the stunning river views.

Closer to the upper village, home prices are slightly more modest. Aside from a $250,000, 1,000-square-foot, one-bedroom house that’s been converted from a garage, most homes range between $550,000 and $900,000. Some of these are regal Victorians; others are architectural gems that were converted into multifamily homes and now need someone to return them to their glory days, such as a four-bedroom, nearly 5,000-square-foot Victorian listed at $749,000. Prices, and square footage, continue to creep back up as one moves further afield towards the various park and small rivers that surround the village, topping out at a $3.5 million, five-bedroom French country estate that sits on 9.5 acres right near the Croton River and tucked in between two parks.