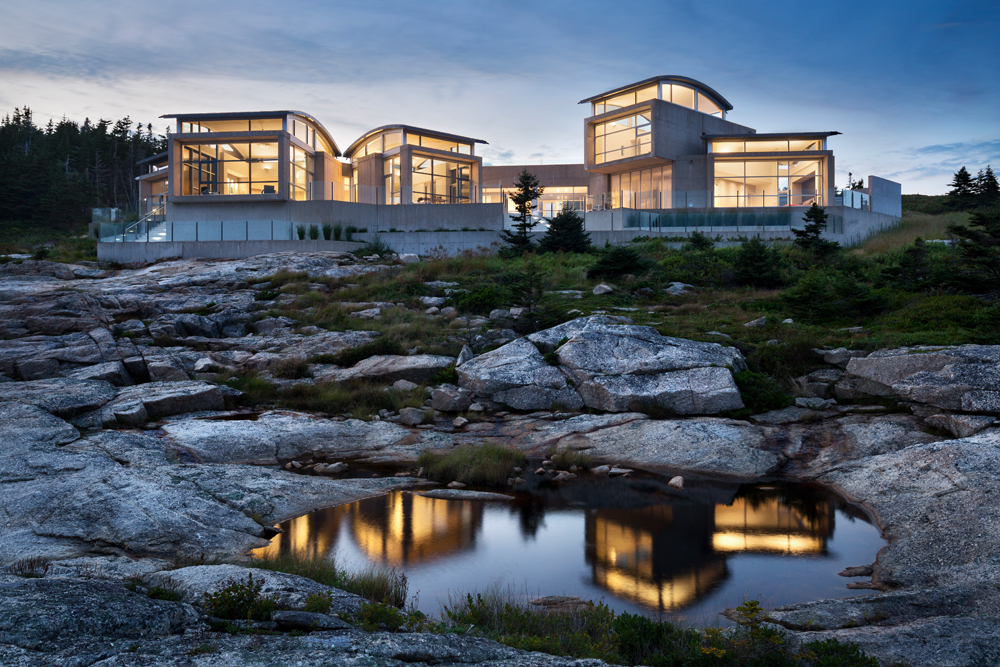 The houses that Alexander Gorlin designs look like they could have always been right where they are, “like they grew out the landscape,” he says. The gently curving zinc rooflines of a house Gorlin built in Nova Scotia, perched on the edge of the Atlantic Ocean, emulates the waves that crash against its rocky shore. Each glass and concrete pavilion is angled to frame its own distinct vista: a historic lighthouse, the sea-lanes to Halifax, a World War II Allied bunker.

Gorlin, a native of New York City, knew he wanted to be an architect from a young age. “I always built elaborate cities and train sets all over my parents’ apartment,” he says. After graduating from The Cooper Union and Yale, he worked for I. M. Pei for a few years before launching his own firm in 1987. Alexander Gorlin Architects has always specialized in a wide range of projects, but it’s the residences that allow his distinct vision to come to life.

Located on a steep, heavily wooded site in the Rocky Mountains, this 8,000-square-foot house extends into the surrounding landscape.

In the Rocky Mountains, he found inspiration in the region’s Anasazi stone ruins. The house he designed outside of Denver reimagines the ruins as partially enclosed in glass and terraced up a mountain to help break down its scale. “Even though it’s a large house, it appears intimate and grand at the same time,” he says.

In 2012, Gorlin got the opportunity to work on a residential project in Upstate New York, preserving and enhancing a 1784 Dutch stone farmhouse in the Catskills. The historic residence became the centerpiece of a new plan that linked it to the property’s existing barn structures through a series of pavilions—an intimate community of structures that appear as if they grew organically over time. 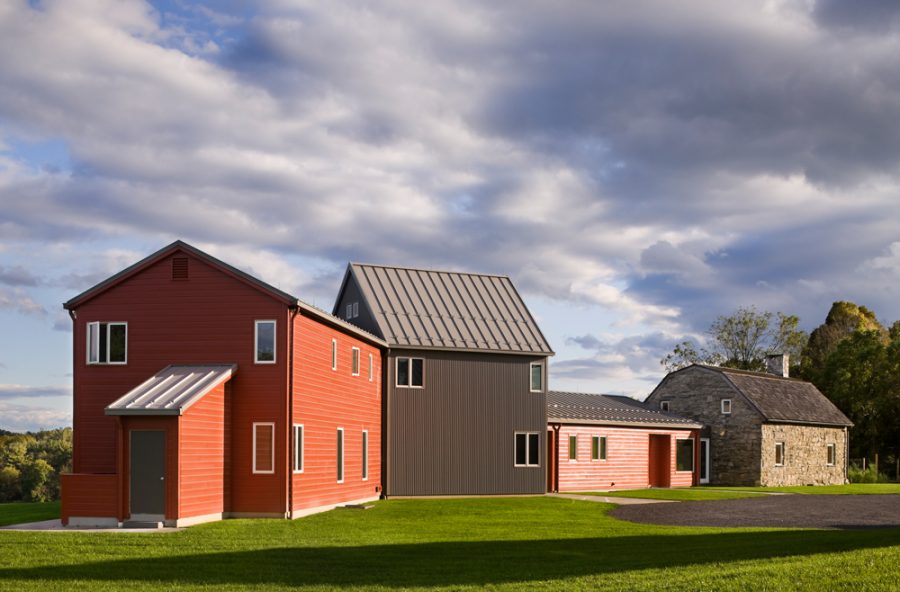 The residence in Leeds, New York, incorporates a community of related buildings, giving the impression of a small country village.

“When you come to a site, there’s an overall view or feeling to it,” he says. “The idea of the house is to focus the view and distill it into a much more intense involvement with the landscape.” When viewed under this lens, the many homes his firm has designed across the country begin to speak the same language, just in nuanced accents that communicate their distinct histories and seasonal changes. “To live in one of my houses is always new and fresh,” Gorlin says. “Even though the house as an object is always the same, the experience is always different.”