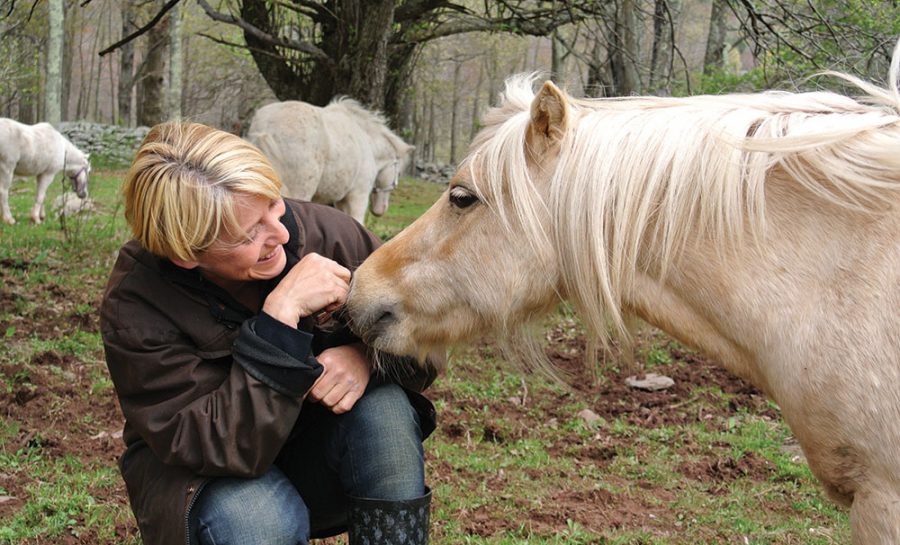 For circus trainer Jenny Vidbel, who lives on her family’s 58-acre farm at the foot of Windham Mountain, the Catskill Mountains aren’t quite the “big top,” but their silhouette works just fine. For three generations, the Vidbels have been circus artists as well as farmers: the 41-year-old Vidbel is an equestrian/animal trainer; her twin sister, Susan, is an aerialist; their mother, Sharon, retired to Florida after a career in dressage; and her grandparents, Joyce and Al, kicked off the family’s circus legacy.

In the 1930s, Vidbel’s grandmother, Joyce Lane, then a teenager, left the Catskills homestead—a former dairy farm that’s been in the family for five generations—for Nebraska, where she learned trick horse riding. Soon thereafter, Ringling Bros. and Barnum & Bailey Circus came calling. Joyce found her life’s passion as a circus equestrian—and met her husband, Al Vidbel, a young Polish immigrant who had run away to join the circus, working his way up from dung shoveling to starring as an animal trainer specializing in elephants.

As the couple moved through other circus troupes, their animals became intimate family members, and whenever they returned to Windham they brought their horses, elephants, and other assorted circus animals with them. The elephants “were our babysitters,” recalls Vidbel. “They were really protective of us.”

Vidbel grew up immersed in both farm life and the circus, and often traveled cross-country with her unorthodox family. Their dedication to their craft and affection for animals inspired her to become a circus trainer, most recently with the Big Apple Circus. The New York City-based circus, which filed for bankruptcy last year, will be renewed for its 40th season this fall under new ownership—with Vidbel and her animals in the lineup.

These days, when they’re not performing, Vidbel and her menagerie—15 ponies, nine horses, nine dogs, four pigs, a donkey, and a llama—live at her Windham farm. All of the animals are rescues, with many of the dogs sourced from shelters, and the horses pulled from auction kill pens. Some of the animals are retirees, and not all are suited for circus stardom. “If they work out, great,” Vidbel says. “If not, they live their life out here anyway.” 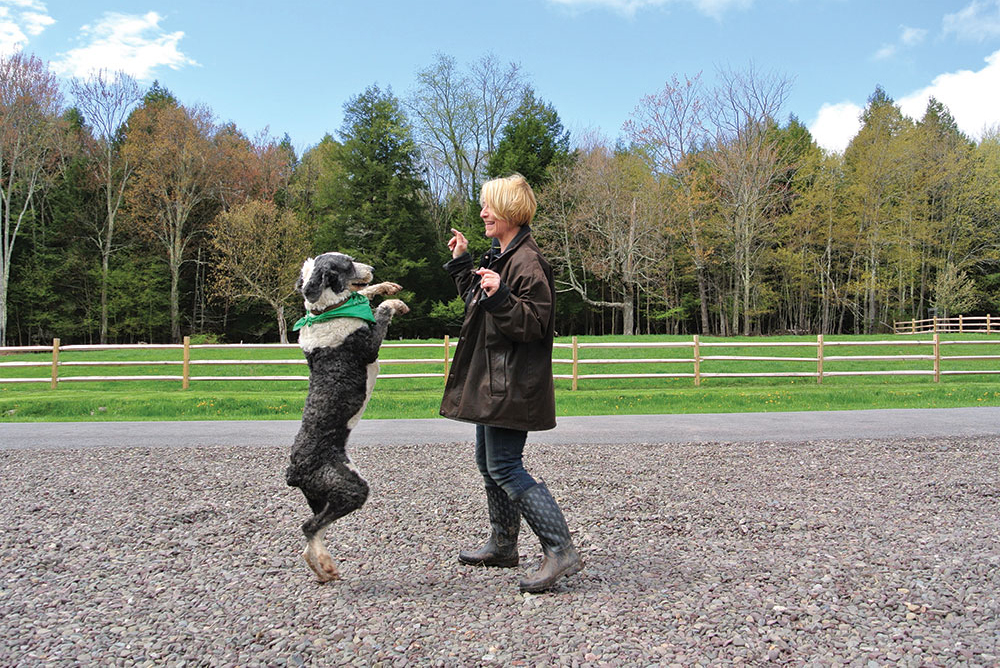 Like her grandparents, Vidbel met her partner, Guillaume Dufresnoy, in the circus, when they were both working at the Big Apple; he’s a retired trapeze artist and the Big Apple’s former artistic director. These days, based in the homestead’s 1920s farmhouse—”I’m one of the retired animals,” Dufresnoy quips—the couple is establishing the nonprofit Al & Joyce Vidbel Foundation, named in honor of Vidbel’s grandparents, to operate a therapy program with the mission of “bringing differently abled humans and animals together in an effort to connect, understand, and heal each other.”

The foundation aims to enroll economically disadvantaged children and special-needs children and adults (as well as, eventually, seniors) in a therapy program that will culminate in private recital performances for family and friends. By being “performers, rather than spectators,” says Dufresnoy, participants will be able to build esteem, learn responsibility, set goals, and learn about teamwork while developing loving relationships with animals.

In the foundation’s therapy program, participants and animals—mainly horses and dogs—will be paired based on personality types, with bonding encouraged through hands-on animal training sessions running over several weeks and optional end-of-program recitals. As mutual trust, respect, and affection builds in the relationships, Dufresnoy explains, there will be a transfer of equally beneficial mental and physical stimulation and emotional comfort.

In addition, this summer Vidbel and Dufresnoy broke ground on the Windham Mountain Horse Theater, a 250-seat indoor ampitheater that is slated to open in 2018 and to offer regularly scheduled weekend performances for the public. Dufresnoy will serve as the foundation’s president and the horse theater’s artistic director.

Vidbel and Dufresnoy are developing the program with longtime circus performer Lisa Lewis, who was behind the Big Apple’s performances for special-needs children. But it’s not only the kids who will profit at the horse theater, says Vidbel. The farm’s resident animals—both those with circus training and the rescues—crave positive human contact and interaction. While Vidbel, Dufresnoy, and Lewis have begun testing the program with individual visitors, its full implementation remains about two years out.

Vidbel hopes public access to the farm will influence lives as positively as it did hers. “Humans of all ages and abilities will learn how to rehabilitate, communicate, and form wonderful loving relationships with their animal partners,” she says. “I believe this is a wonderful thing to share. This place is paradise for me.” 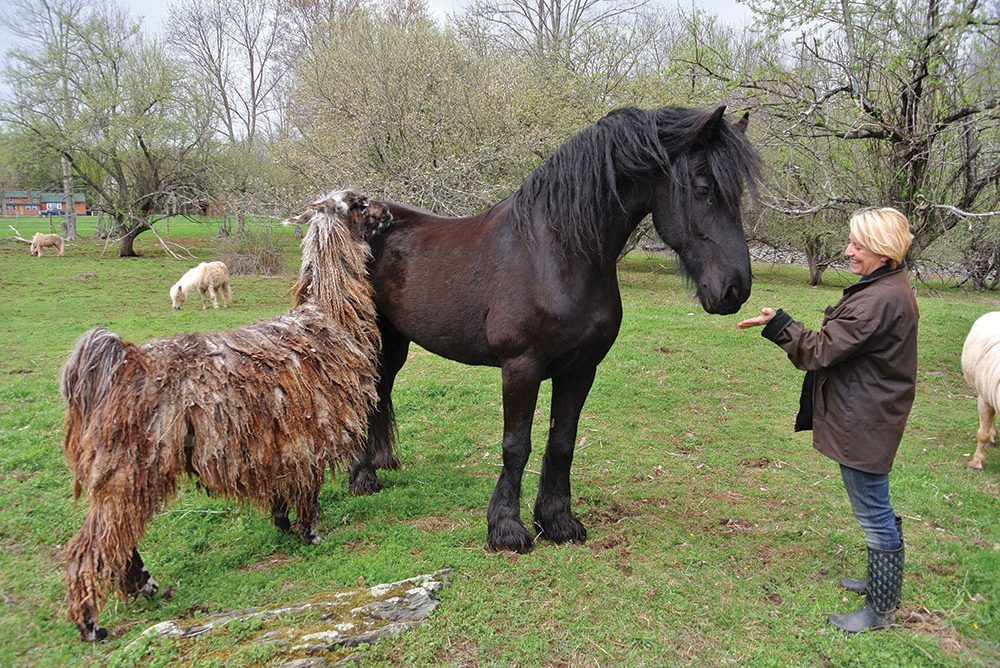 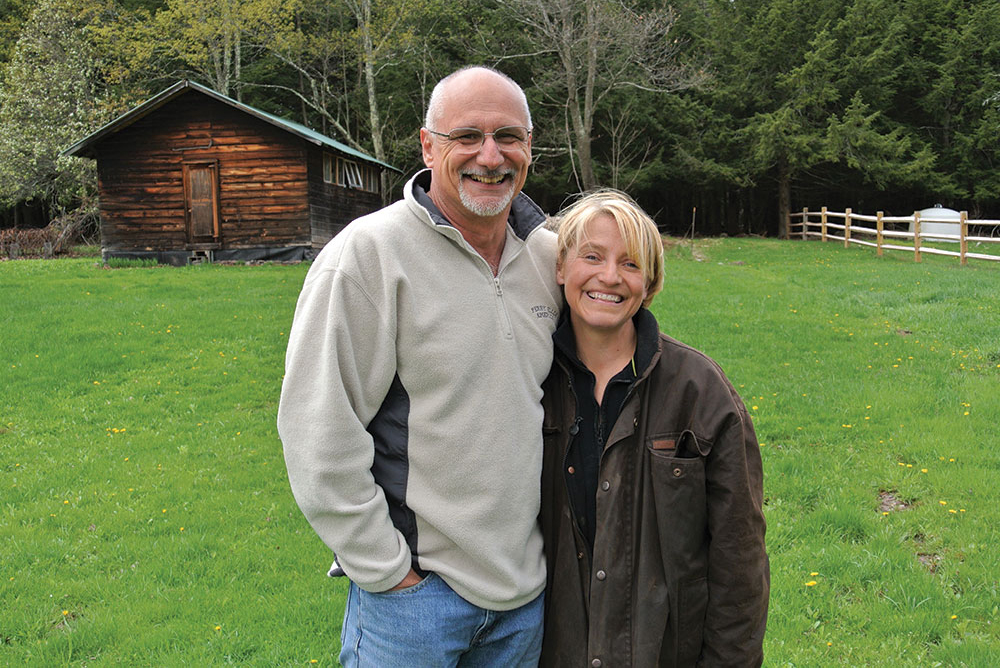