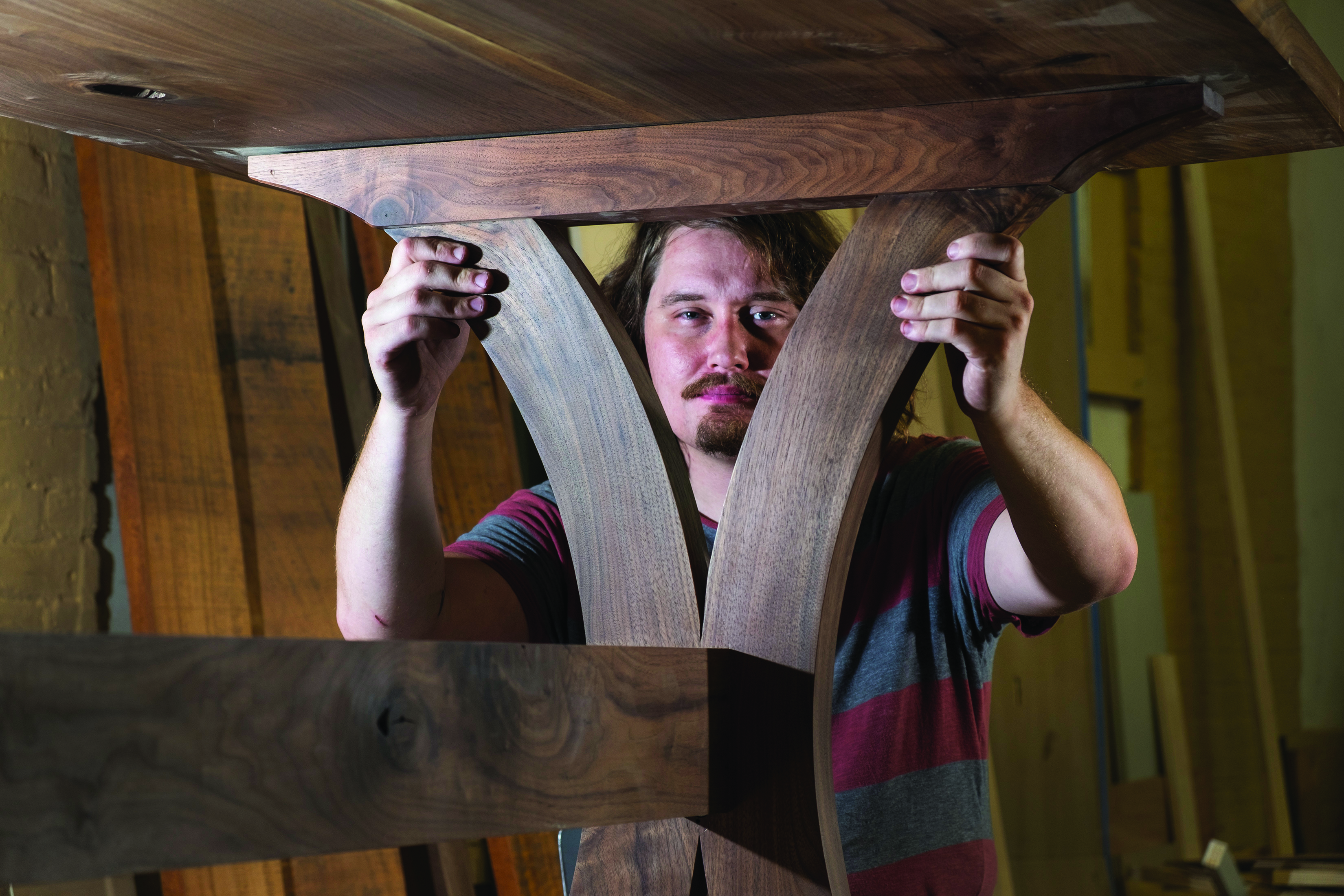 “I never start a piece with a conscious design,” says Hudson Valley woodworker and historic restoration specialist Jack Decker of Vernacular Design. “I just let it surprise me.”

A Woodstock native, Decker opened his studio in a former hat factory in midtown Kingston in 2010, drawn to the district by its abundance of raw space and the growing community of artists there. He began his career in historic restoration in 2004 when his mother bought a circa-1790 home in Kingston. “I just stepped in, started doing it,” he recalls. “I love learning about how these old houses are constructed, the engineering methods they used back then.”

Inspired by the period furniture he encountered in his research, Decker apprenticed with Kingston woodworker and sculptor Johnny Poux, and began making his own chairs, tables, and other furnishings. The Hudson Valley region’s rich supply of native wood also influenced his decision to build a career here. In all of his furnishings—including chairs, tables, benches, and beds—Decker uses native materials.

“There’s a much larger variety of species of soft and hard woods here than many people realize,” he says. “The Hudson Valley is actually more forested now than it has been in 150 years. Some of that is from conservation, but a lot of it is the positive side to the decline of local agriculture—fewer farmers are clear-cutting timber for planting or livestock.”

Decker often codesigns prototype pieces with individual clients, allowing the clients to “test” the pieces in their intended settings, and refining them as needed. The Colonial- and Shaker-influenced aesthetics of his furniture dovetail with many of his clients’ restoration projects, while his clean-lined, utilitarian pieces also hint at modern minimalist design. “Well-executed simplicity inspires me, design that speaks volumes without being excessive,” he says. “Whether it’s Colonial or Danish Modern, there’s a universality there that makes these things timeless.”