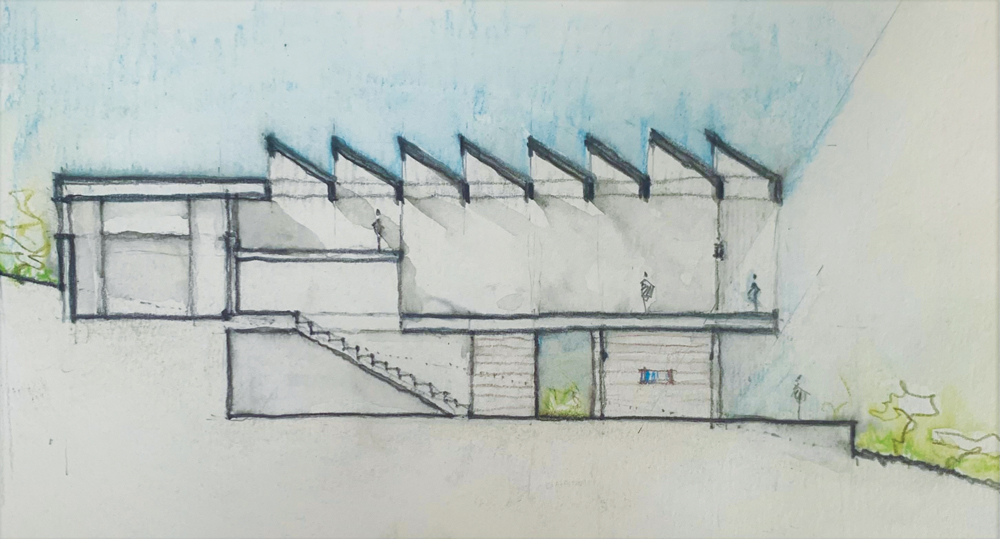 “Once I feel like I’ve absorbed the priorities of the client, then I try and capture it in a loose form, like watercolor pencil,” says Grigori Fateyev. “That’s the freest, most direct way of documenting my thoughts. The sketches exist as research and become a manifesto for the project.” Fateyev, owner and principal of Hillsdale-based Art Forms Architecture, has a tendency to talk deeply and philosophically about his profession. “Architecture is a funny field: What we’re designing doesn’t exist. We design what buildings contain, not the buildings themselves—we design the volume.”

The Cantilevered Live/Work Space featured here is a long-term passion project of Fateyev’s and not one that was specifically commissioned. He has designed several homes/studios for artists, and he’s wrestled with the demands of meshing creative and domestic space in one building. “There’s a great amount of activity in an artist’s studio and the need to respond to very practical demands,” says Fateyev. “When it becomes a living space, there’s an entirely different set of demands.” 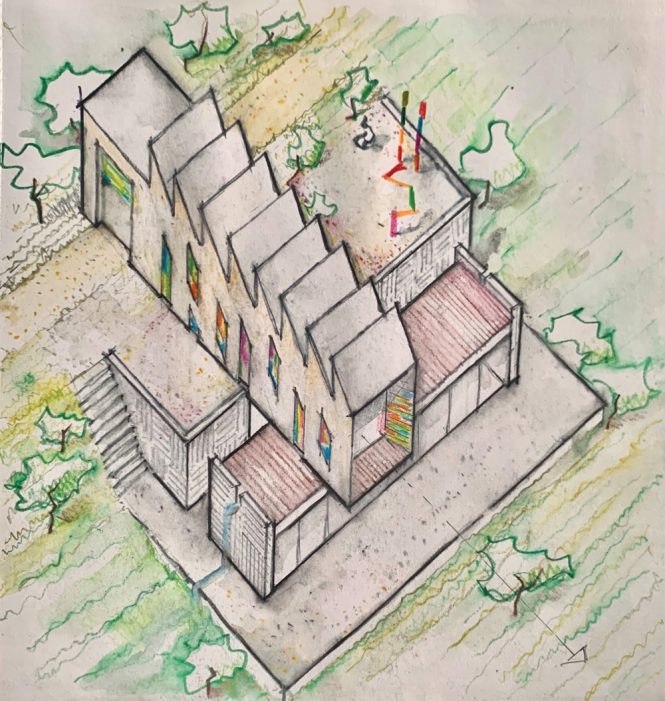 Art Forms Architecture’s Cantilevered Live/Work Space was designed to provide an artist with two distinct spaces: working above, living below.

The Cantilevered Live/Work Space is a meditation on the nature of creative labor and its relationship to the rest of the artist’s life. Fateyev’s answer to the live/work question was to separate the house into two perpendicular volumes. The upper volume topped with series of “factory” skylights (“an homage to Le Corbusier’s studio for Amedee Ozenfant, mother of all modernist studios,” says Fateyev) is where the creative work gets done, with little outside input beyond the natural light. “I don’t want the exterior to invade the studio,” says Fateyev. “I want the artist to be surrounded by this white envelope and confronted by the possibilities of their own work.”

The studio is cantilevered over the lower residential volume that directly connects to the landscape. The design of the domestic area is simple, with a primary bedroom, guest bedroom, and living/dining area all in connection with the outdoors, unlike the inward-focused studio space. “The residential space has an open-ended continuum between the interior and exterior,” Fateyev says.

Unlike most of the other projects in this feature, Fateyev hopes to see this building realized for his old friend Anton Ginzburg, a multi-disciplinary artist. This project will be featured in an exhibit of Fateyev’s work at UMass Amherst this November.