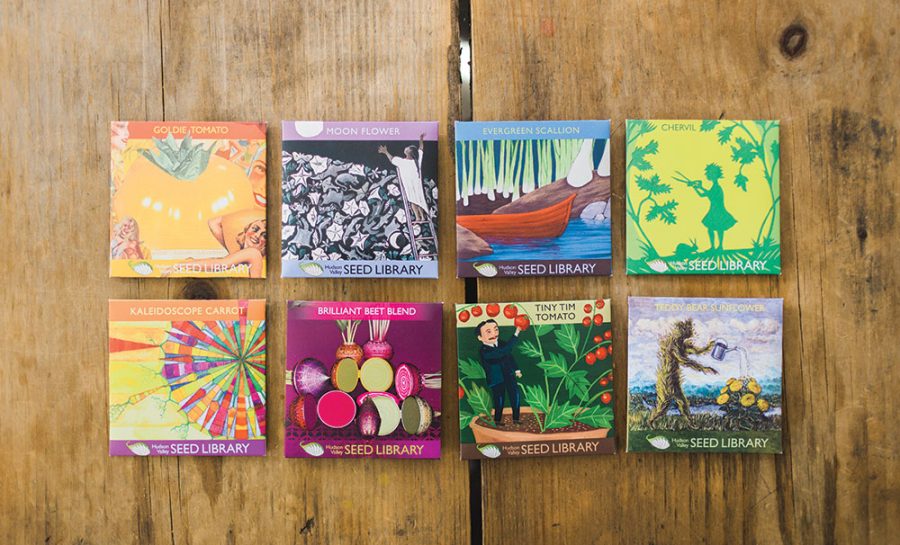 Bite into a cherry tomato warm from the summer sun. Gather daisies and pluck raspberries from your own backyard. Watch butterflies dance. There are a million wonderful things you can do with a garden, so much so that the practice has exploded over the past five years—with more than 42 million American households growing food at home or in a community garden in 2013, up 17 percent, according to the National Gardening Association—which, in turn, is inspiring innovative enterprises like the Hudson Valley Seed Library.

Seed saving and swapping is as old as agriculture itself, but the practice dwindled in the 20th century as corporate agribusiness came to dominate farming. Industrial production of commodity crops and proprietary patents placed on commercial seed varieties are a serious threat to biodiversity. Since 1903, 96 percent of the original American commercial vegetable varieties have been lost. In 1996, American agribusiness began using genetically engineered seeds, making seed saving impossible. And over the past two decades, multinationals have gobbled up regional seed companies at an alarming rate. 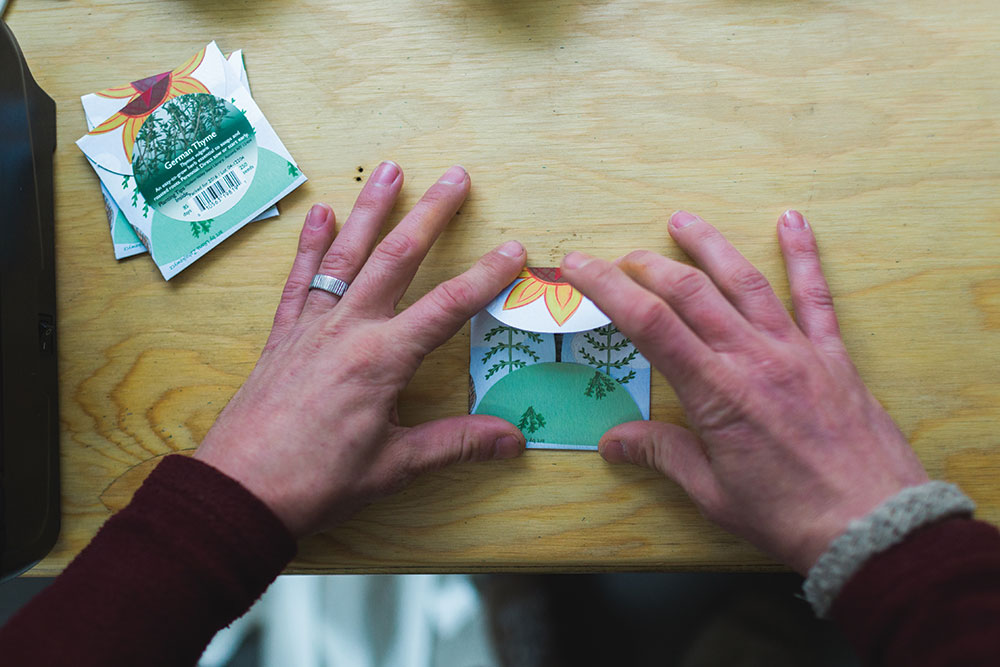 Protecting seed diversity is vital to world food security and biospheric health, so sustainability-minded farmers have been working to preserve seeds for several decades, including the Seed Savers Exchange, which was founded in 1975. But the battle to keep seeds diverse didn’t loom large in the public mind until 2000, when farmer and activist Sascha Altman DuBrul used leftover seeds to co-found the Bay Area Seed Interchange Library (aka BASIL) in San Francisco. In 2004, DuBrul returned to his native New York City and met Ken Greene, a library assistant who was running children’s programs—including a garden—at Gardiner’s tiny public library.

Greene approached head librarian Peg Lotvin with a radical suggestion: Why not maintain a seed collection alongside the book collection, so that patrons could “borrow” seeds in spring and “return” them at the end of the harvest season? Lotvin, an avid gardener herself, thought it a wonderful idea.

That first year, five people participated. But over the next four years, the number of borrowers grew to 60. Library patron Sarah Snow, a graphic designer, helped Greene create original “art packs” for the seeds by tapping artist friends to design the packets.

“I had no idea what would happen,” says Greene. “I was following the seeds and letting them lead the development of the concept. I was passionately interested, but I didn’t know the subject would consume my life and I’d have to quit my day job and start a seed farm.” 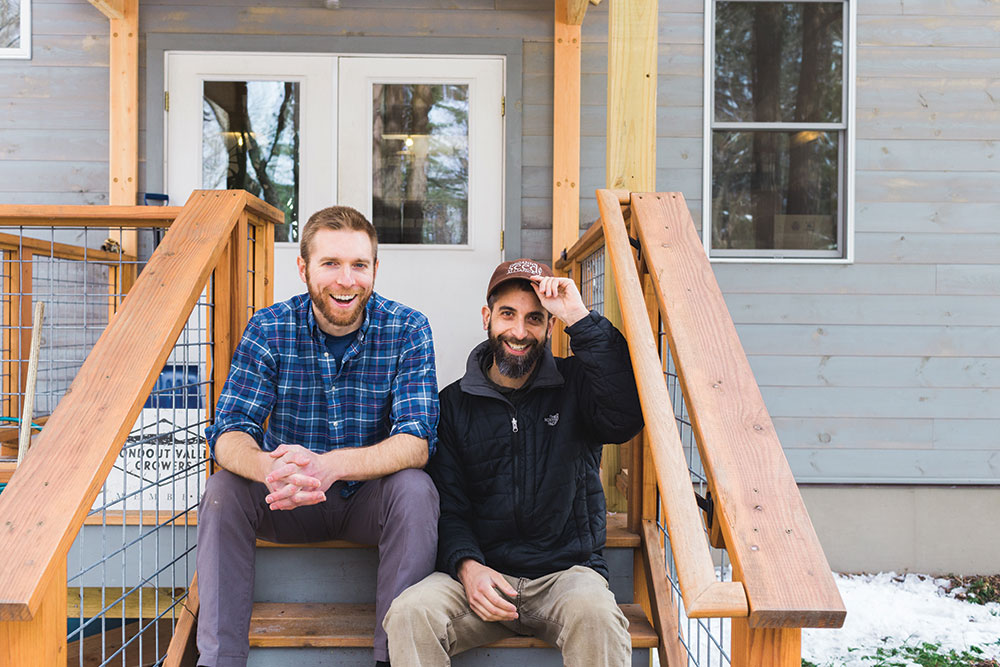 In 2008, Greene and his life-and-business partner Doug Muller established the Hudson Valley Seed Library on a former Ukrainian summer camp they purchased in Accord, turning its two acres into a farm that produces heirloom and open-pollinated seeds. “It was a crazy place,” says Margaret Roach, Columbia County-based author of A Way to Garden and creator of a website by the same name, who’s been a Seed Library booster from the start. “But they went with the flow and made it work, gradually renovating buildings, making a proper office. They worked like dogs. It’s a labor of love.”

Since then, a major enterprise has grown. In 2015, the Seed Library sold 250,000 packets of seeds online. (Besides the seeds produced at the Seed Library’s farm, which became certified organic in 2013, Greene sources stock from local CSAs and organic growers.) Membership includes a seed discount, wise counsel, and access to trial varieties that aren’t yet being offered to the general public. 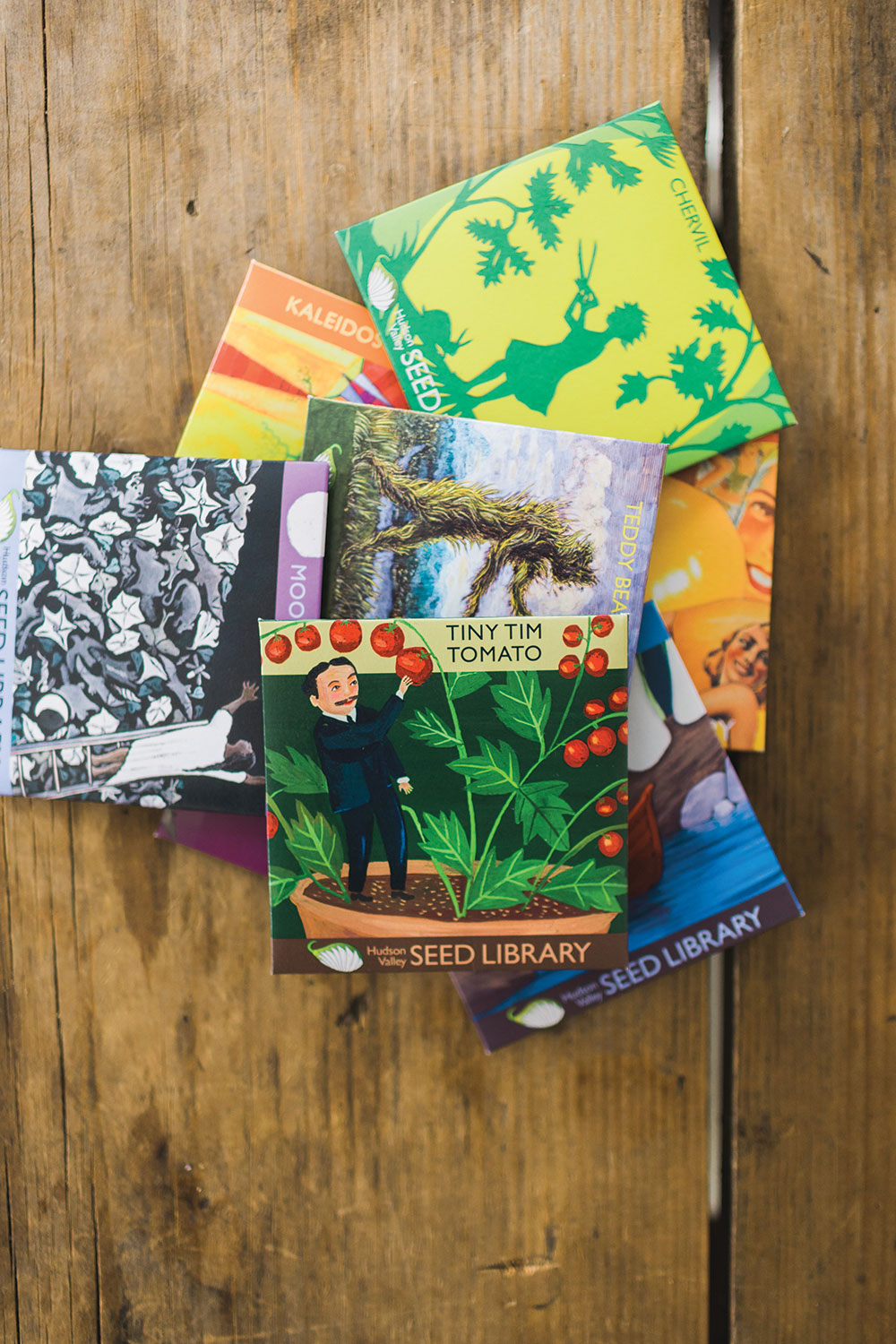 Today, responses to the Seed Library’s annual call for illustration submissions for its quadrofoil Art Packs number in the hundreds. Selected works become part of a traveling “Art of the Heirloom” exhibit. “The art piece of it is a very smart differentiating factor,” says Roach. “It’s an extra hook that’s authentic as well as environmentally and philosophically sound. I find Ken and Doug’s success exciting because they share my feeling that regional seed companies are a critical part of our future as a species, especially as the climate evolves. From a selfish point of view, as a gardener, I am especially excited that they understand the importance of regional adaptation.”

That adaptation can’t be duplicated in a laboratory—it’s born of a specific interaction between seed, soil, and climate. “When we started, there wasn’t a lot of information on producing seeds in the Northeast; the big multinationals grow where it’s cheapest and fastest,” says Greene. “Through a lot of research and trial and error, we have become a go-to [source] to learn how to do this.”

In 2014, the homestead gained a new warehouse. Meanwhile, seed libraries are proliferating worldwide by the hundreds, partnering with libraries, universities, and museums. But thanks to Greene and his allies, the Hudson Valley stands as ground zero in seeding a revolution.