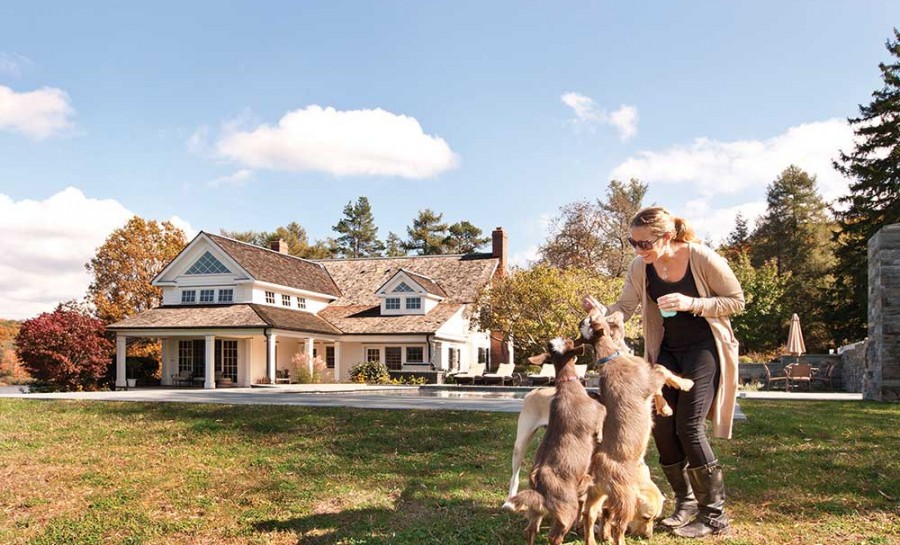 As a professional housewright—an 18th-century term for a builder of wooden houses—Josh Rich pays tribute to old houses for a living. So when it came to creating a home for his own family, he paid a troubled Colonial-era house the highest compliment: Instead of demolishing it, he took it apart and put it back together again.

Rich, owner of the Dutchess County-based carpentry and building firm Home Enrichment Company, bought the house in 1996, intending to start a family there. He was drawn to the house’s location atop Long Mountain in the town of Kent, with views of the Hudson River and the Catskills.

Although the house was in poor condition, with rotted wood and a dismal foundation, Rich liked its setting, layout, and Greek Revival style enough to preserve what he could and replicate the rest. “It was important for me to save everything that was there,” says Rich. 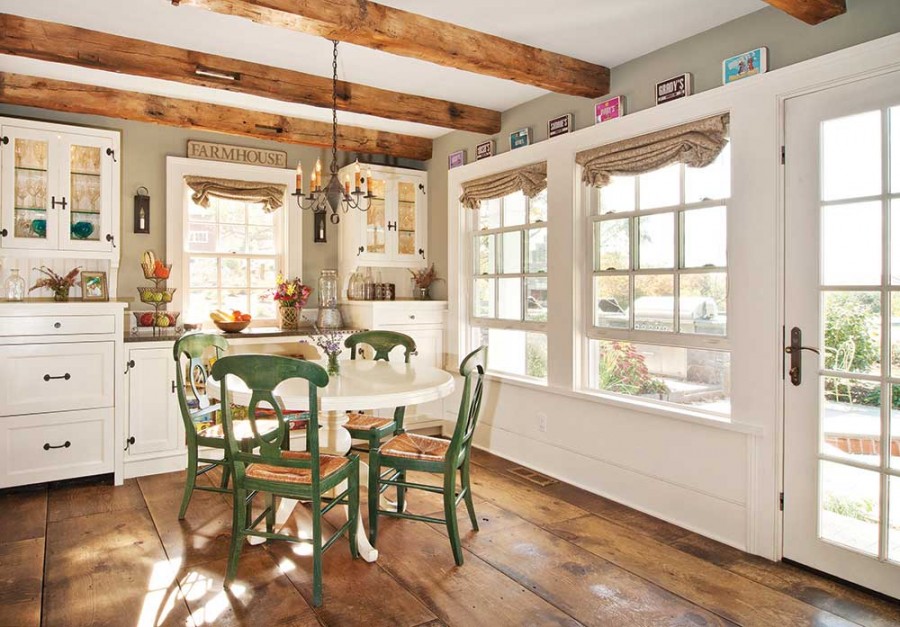 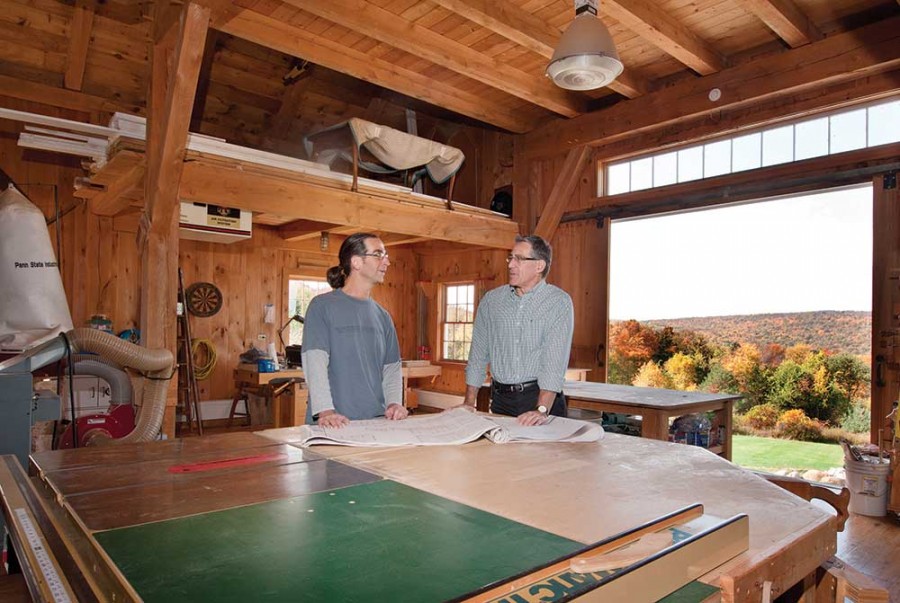 Knowing that the house—“a trapezium, with no equal sides any which way”— would need significant repairs, Rich consulted a local historian along with Poughkeepsie architect Daniel Contelmo, his collaborator on more than 20 traditional-style houses. According to the historian, half of the house had been moved to its present location from elsewhere on the farm, although he wasn’t certain of its original location. “It was dragged by oxen,” Rich says. “He could see the strap marks.”

In 2001, Rich spent three months disassembling the house and sandblasting its beams. “There was more than 200 years’ worth of stains and paints on them,” he says. “I had to tent myself in and use the sandblaster, so they are really quite charming.” 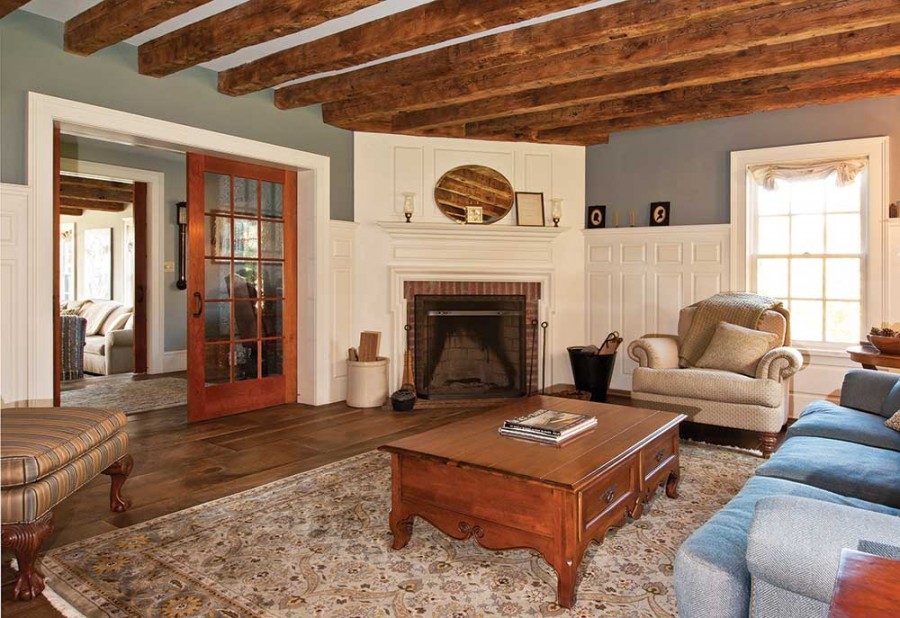 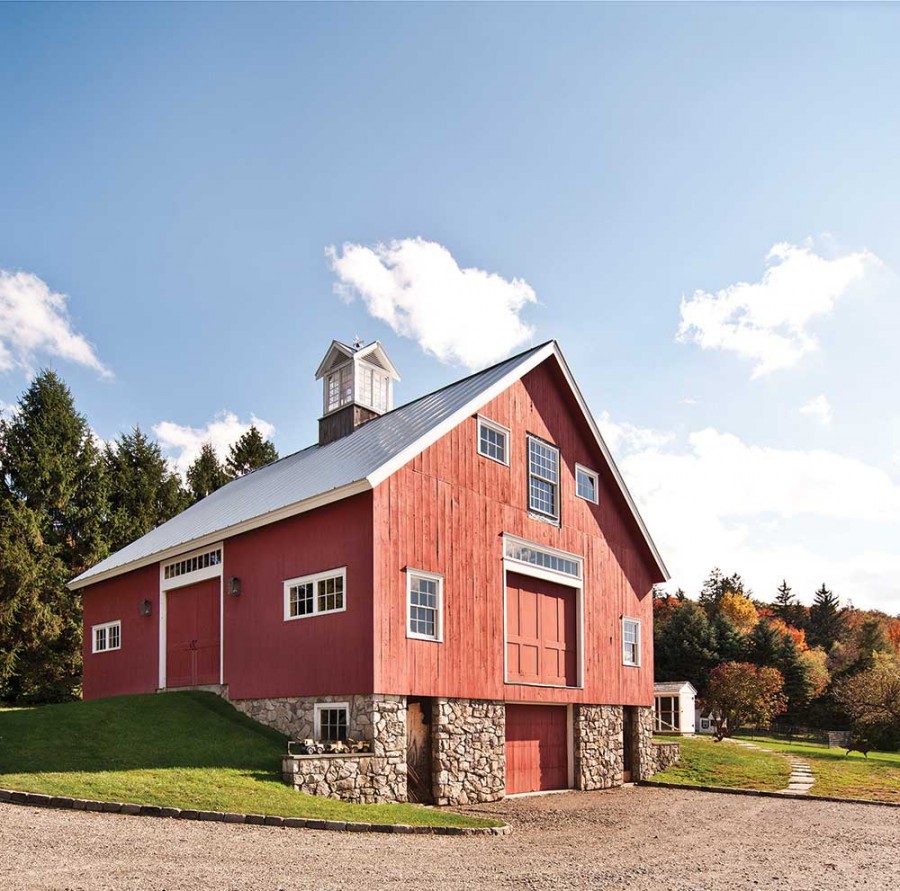 The side door, much of the flooring, and the foundation were falling apart, so Rich installed a drainage system and built new stone walls, designed by Contelmo. For the interior, Rich replaced the original wide wooden floorboards with newly cut boards that he “distressed and waxed, one at a time, for an old feeling,” says Contelmo. “It’s like being back in time, seeing him and his guys whittling a piece of wood when another builder would find a way to jam it in and make it fit.”

To “formalize” the house, Contelmo designed period-style wainscoting and a new staircase and newel. He also left in certain structural flaws, like a slightly uneven dining room, to lend authenticity and charm.

Contelmo’s new plan follows the house’s original footprint, retaining such details as its triangular Pine Plains-style windows placed above the eyebrow windows in the back and exterior mahogany columns and window trim. Additions include a family room on the ground floor, wraparound porch, in-ground pool, cabana, outdoor fireplace, and garage. 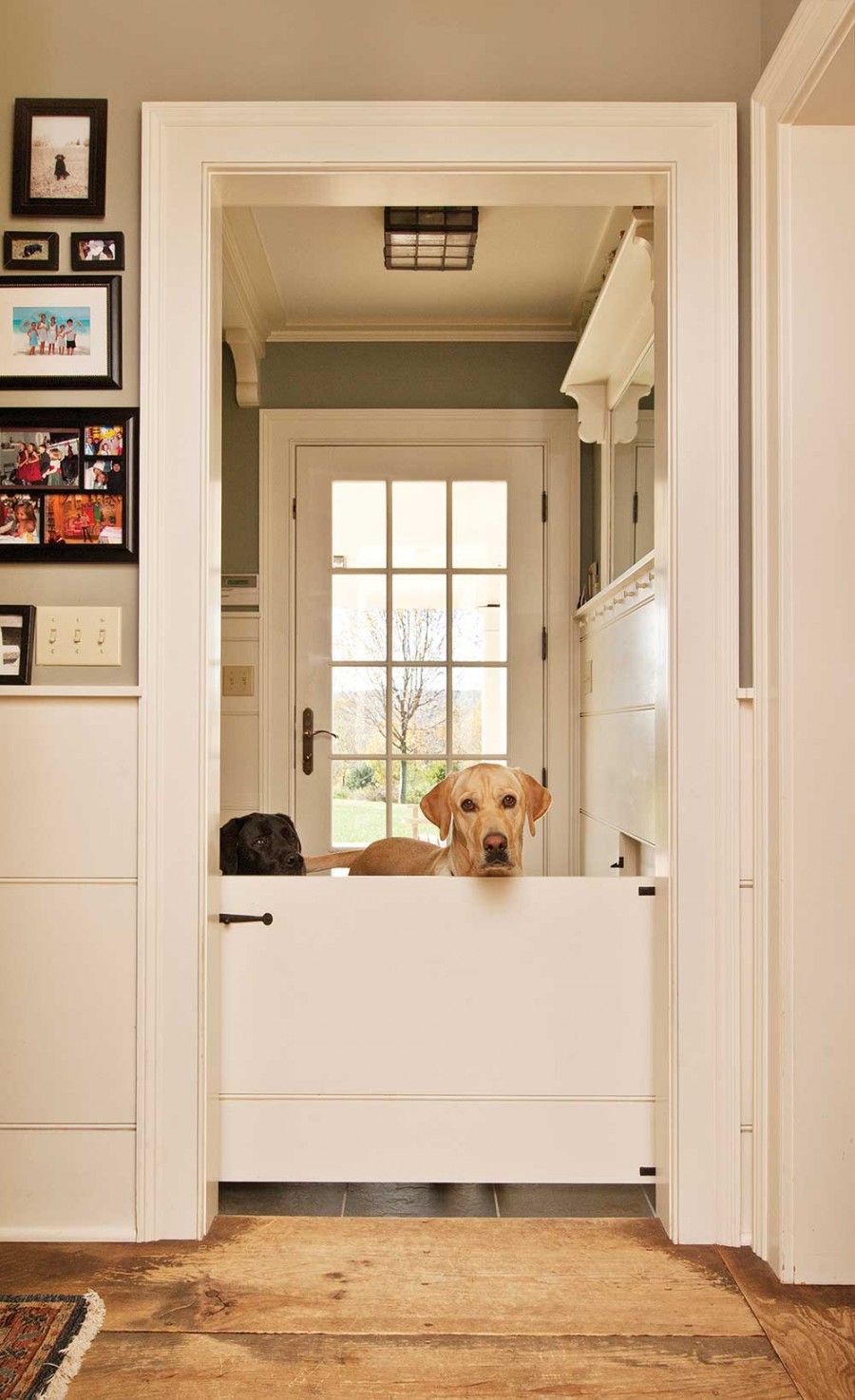 The house’s few modern amenities include Energy Star appliances, an energy-efficient heating and cooling system, and uplighting installed on top of exposed beams to light the ceilings. Milk paint was used on the kitchen cabinets and the entire house is painted in historical colors.

Contelmo also designed a three-level, wood-framed barn in authentic period style, which Home Enrichment assembled without nails. The barn, which features a basement, a main floor of 1,575 square feet, and a loft, provided a workshop from which Rich could direct the project. Today, it houses Home Enrichment’s offices.

It took six months to reassemble the house, including installing wooden joinery throughout, rebuilding the foundation, and reassembling its two fireplaces and chimneys using reclaimed brick—“and another eight or nine years to finish the place,” Rich jokes.

The property was originally a 1,000-acre bull farm built in the early 1800s. Today, thanks to Rich’s diligence, the 3,200-square-foot house is set on 8.5 landscaped acres and boasts four bedrooms and 2.5 bathrooms. Rich was right, it was a good place to start a family: He now has five children, seven chickens, three goats, and two Labrador retrievers.