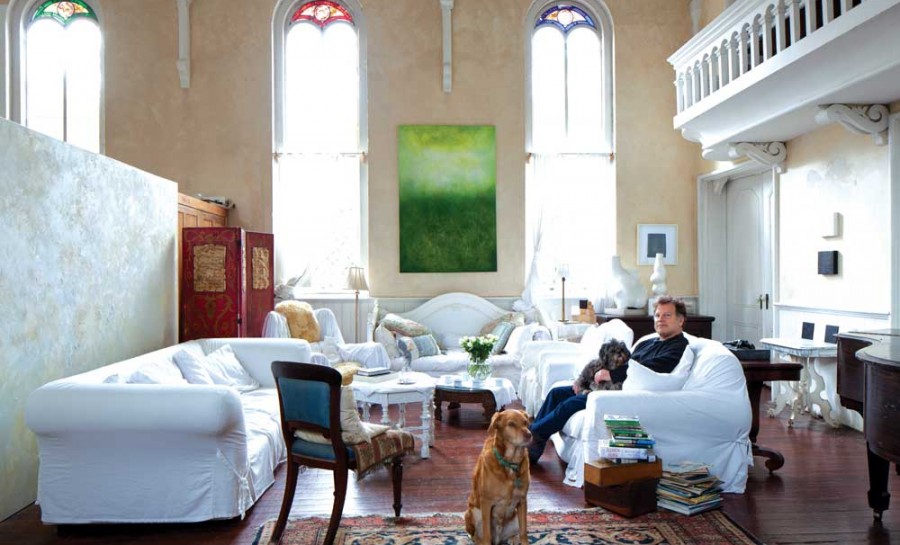 Close to 30 years ago, Julie Hedrick and her husband, musician Peter Wetzler, drove a vanload of her large oil paintings from her Greenwich Village studio to a Toronto gallery and on the way back they pulled into Kingston for gas. “So, inadvertently, my first one- woman show was responsible for bringing us here,” says Hedrick, who mainly grew up in Canada. Friends who lived in Kripplebush had told them about a desanctified Baptist church that had been stalled on the market for three years, so while they were in town they decided to check it out. “It was too late to call a realtor, so we peeked through its windows and we were both smitten. Me, in particular! It was as if I’d walked through some portal into my future destiny.”

The prospect of buying the gutted nave and its adjoining chapel was as exciting as it was daunting. At best, they would end up with a weekend place and enormous, light-filled studios. “At worst, if it turned into a money pit, we could star in a real-life, modern-day enactment of Mr. Blandings Builds His Dream House!” says Hedrick, laughingly referring to the 1948 Hollywood comedy. Luckily, the first option prevailed. 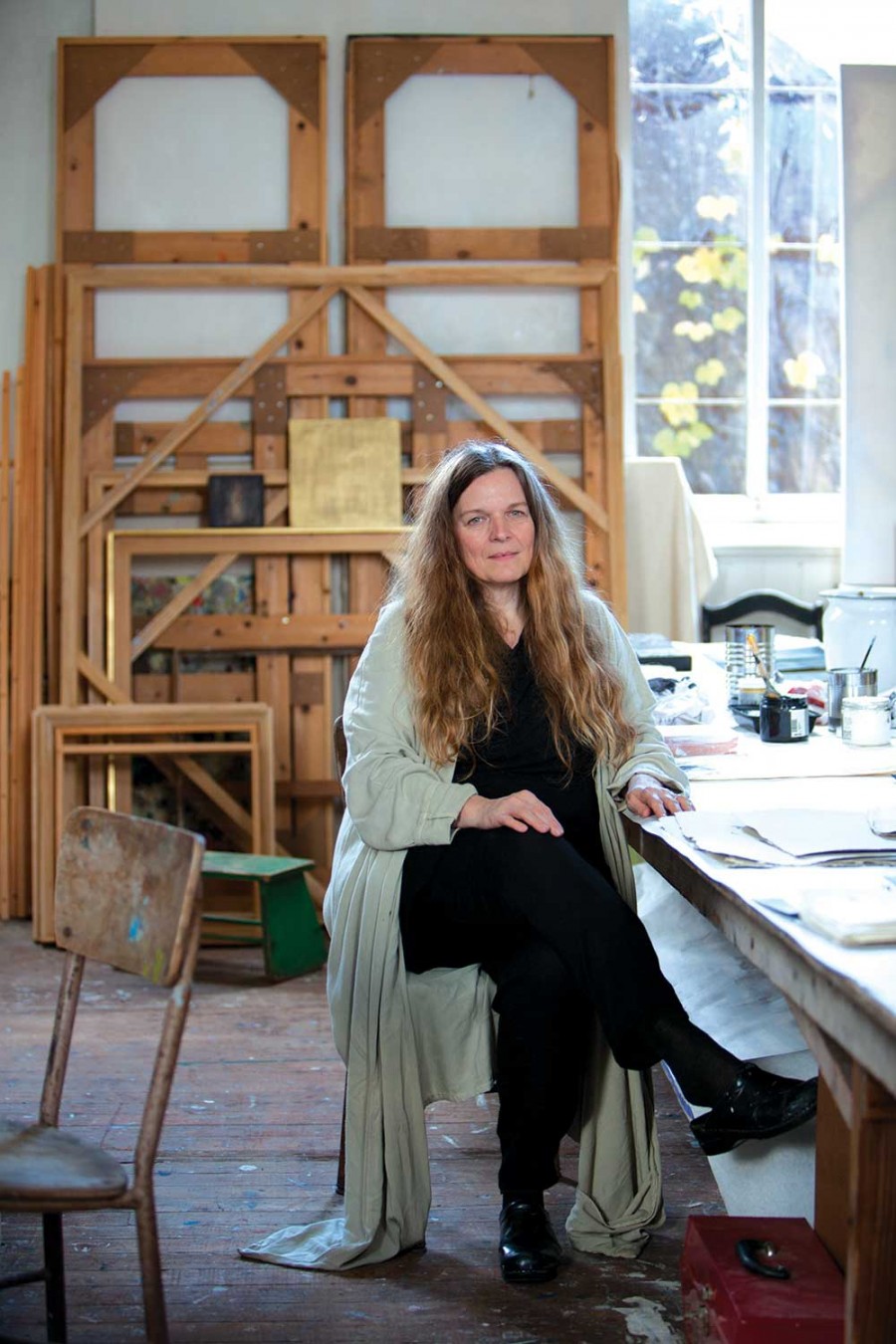 Hedrick creates luminous, epic commentaries by layering color onto canvases large and small, while Wetzler’s current compositions merge classical music, free jazz, and Balinese gamelan. Both artists exhibit or perform consistently and, when asked, say they similarly distill their work to essential properties of harmony, emotion, movement, layering, beauty, and contemplation. They collaborate with dancers and choreographers, as well as with each other. Wetzler is currently scoring a series of Hedrick’s poems.

The church was erected in 1859, and its soaring, Georgian-style steeple still anchors what local historians refer to as “the holiest street in the Rondout” for its proliferation of ecclesiastical architecture. Short of several coats of paint, the chapel was habitable when Hedrick and Wetzler took ownership in 1986. But the sanctuary was another story. Its ceilings, walls, floors, and beautiful mahogany stage were intact, but its windowpanes were long gone, and armies of pigeons had taken up residence in its chandeliers. “Hats off to the Rondout Savings Bank,” says Hedrick. “They were the only ones who had the vision to offer us a construction loan.” After a labor-intensive, hands-on renovation, Wetzler accompanied the celebrated composer Pauline Oliveros in an inaugural concert that christened the space and tested its potential for future performances. 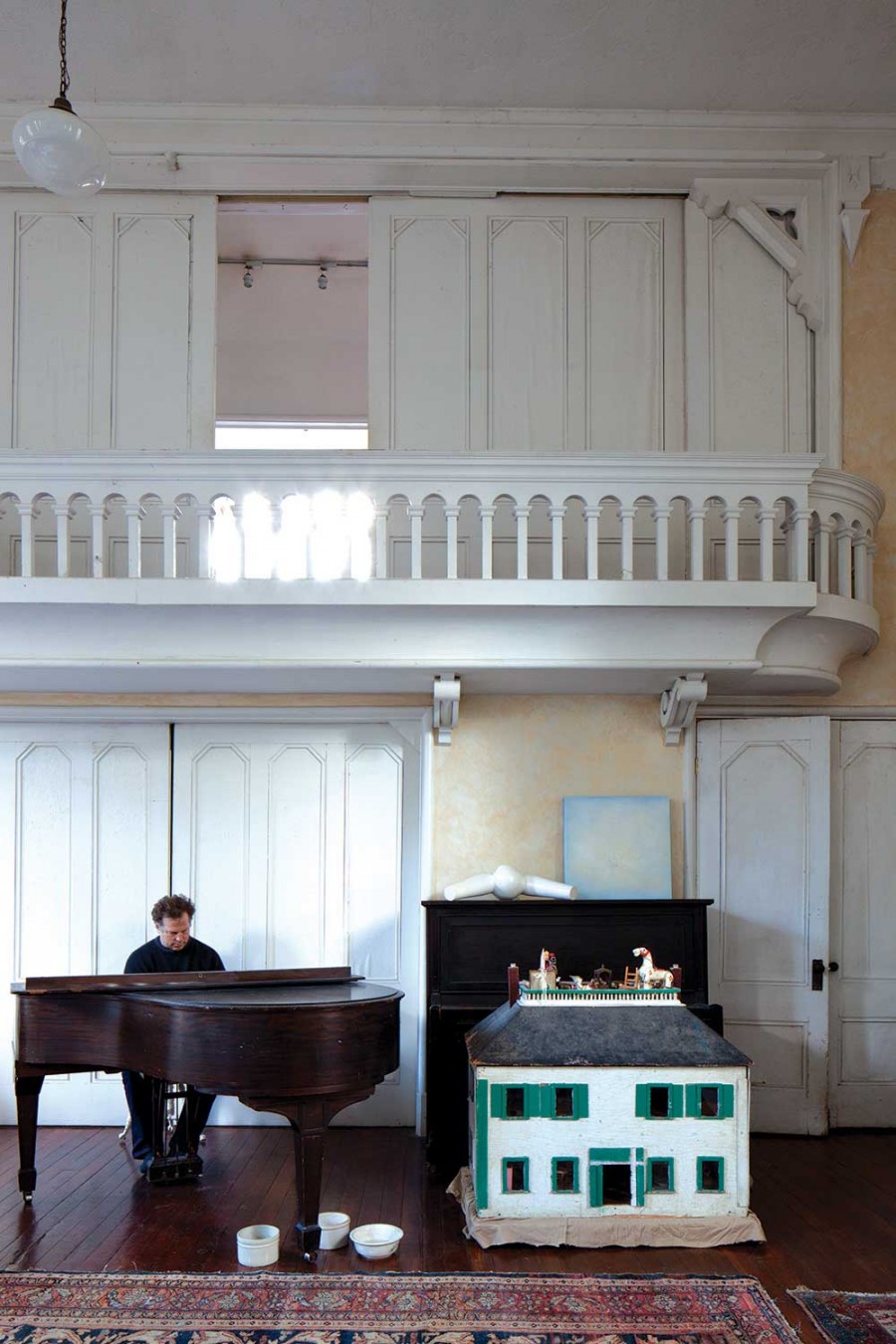 In 2001, in what the couple describes as a bittersweet move, they sold the nave section of the church to friends, but the chapel has been their full- time home since the early 1990s. “At first, negotiating 3,700 square feet after our tiny East Village apartment completely threw our children Aria and Matthew into shock, in the best possible way,” remembers Hedrick, as she leans over a canvas in a lofty studio that’s adjacent to a sprawling sitting area and Wetzler’s grand piano.

“At times since we moved here we’ve had wanderlust,” recounts Hedrick. “At one point we had a farmhouse surrounded by 20 acres, and then we put down a deposit on some land in Nova Scotia. But in the end we’re the happiest we’ve ever been here. We love Kingston’s bone structure, its light, its spaciousness, and, of course, its community. It’s where the threads of our lives have come together.” 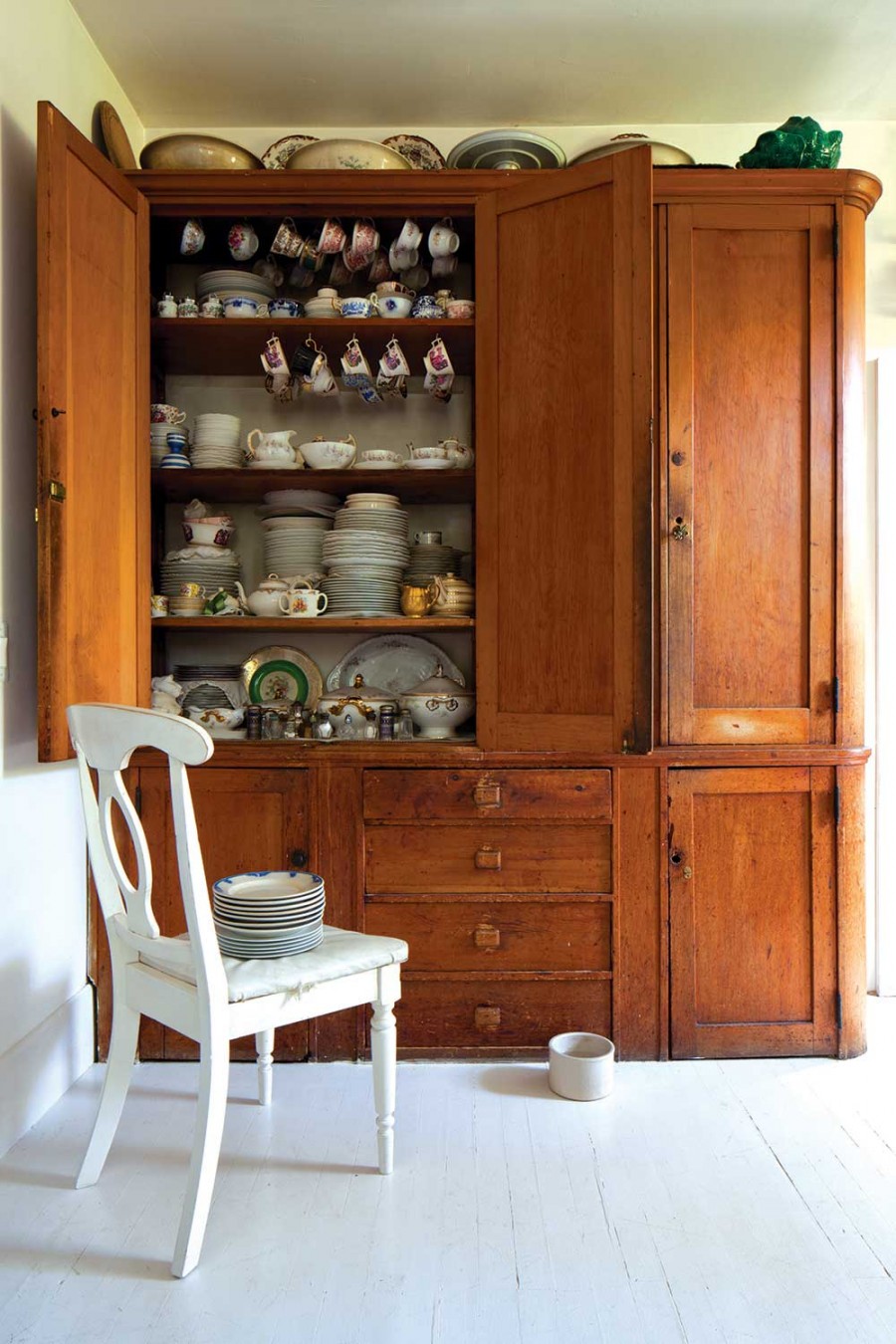