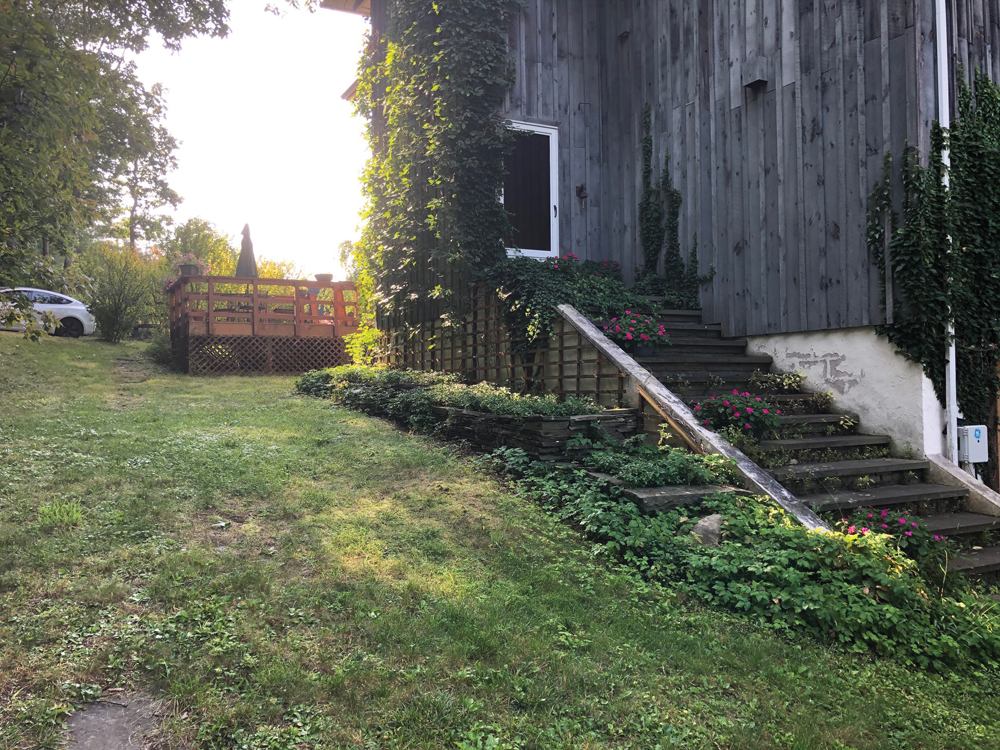 I grew up on a farm in Saugerties. I worked in house repair and construction while in college and became comfortable with both plumbing and electricity. I became a chemistry teacher at Red Hook High School, hence I had a solid understanding of electricity, phase changes, photovoltaic (PV) technology, and more. My wife and I designed and built our house in 1978 using plans from the University of Illinois at Urbana-Champaign. We were serious about energy performance; it was built with nine-inch walls and passive solar technology.

I became an avid reader on solar and geothermal systems. After retiring in 2002, I installed the plumbing and electrical systems, as well as several bathrooms and a kitchen in the house my daughter and her husband were building. By 2008, I was very interested in actually installing a PV system at my own house. My son-in-law, who is a mechanical engineer, convinced me to install geothermal first. That made sense, because my central air conditioning was getting old and would soon need to be replaced. He found us a company that would drill the wells, install the plastic pipes in the ground, and fill the wells around the pipes with sand and bituminous clay. He told me, “You figure out the rest!” 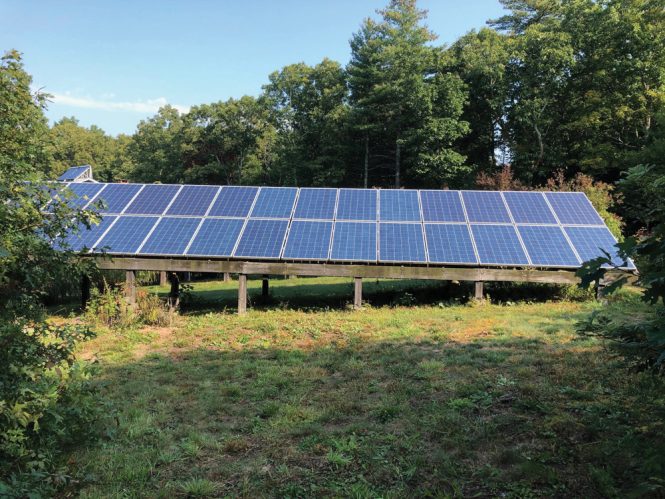 I was fortunate to have started with geothermal, because the price of solar panels dropped dramatically between 2008 and 2012, when I actually installed the PV system. That solar system supplies enough electricity to run everything in the house, which includes the geothermal system, and also charges our electric vehicle, a Tesla 3.

I considered hiring a contractor, but they were pricey. I calculated the heating and cooling loads. I chose a water-source heat pump, which is very efficient because the temperature of groundwater is relatively constant, and water is a much better conductor of heat than air is.

I selected a Water Furnace Envision 049, which helps to heat our domestic hot water when it is running. It has a dual-capacity compressor (to accommodate the heating and cooling functions) and a backup resistance heater capable of 32,700 BTU/hr. That backup heater has only turned on once—when I tested it! The temperature in our house is perfect and you cannot hear or feel that the system is running. 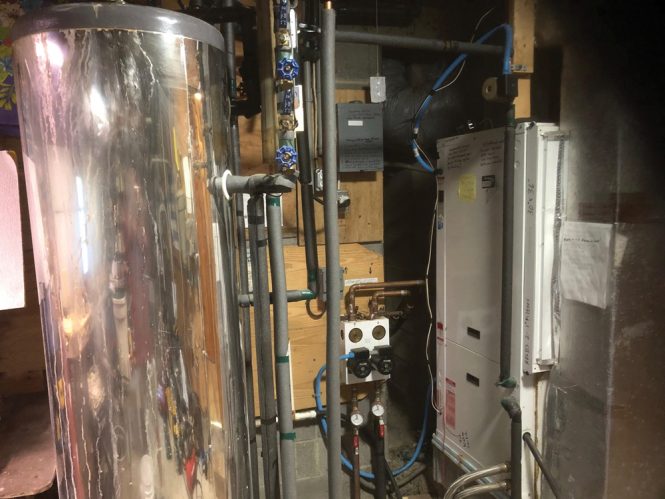 Dederick’s geothermal system, which he estimates cut his heating costs in half after he switched from an oil-fired furnace.

The system required two wells, each 300 feet deep, spaced 20 feet apart. The piping was connected in parallel to reduce the resistance to the water flow. This allows the use of a smaller circulating pump. I used a 15-percent ethanol solution to protect from freezing. The duct work in our house did not need to be increased in size, because we already had a central air conditioning system.

I estimate that switching from an oil-fired furnace to a geothermal system cut my heating costs in half and lowered my air conditioning cost considerably. Also, I knew I could “make” my own electricity but I could not “make” my own oil. 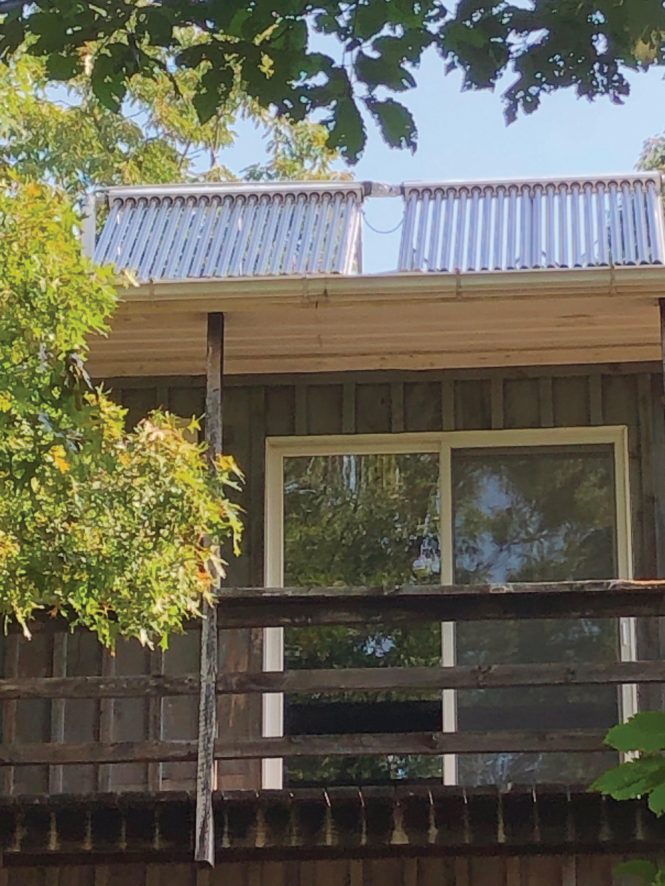 In my opinion, building codes should be modified to encourage PV and heat pumps in all new construction. Owners of older homes should consider geothermal when their old air conditioning or heating systems need replacement. 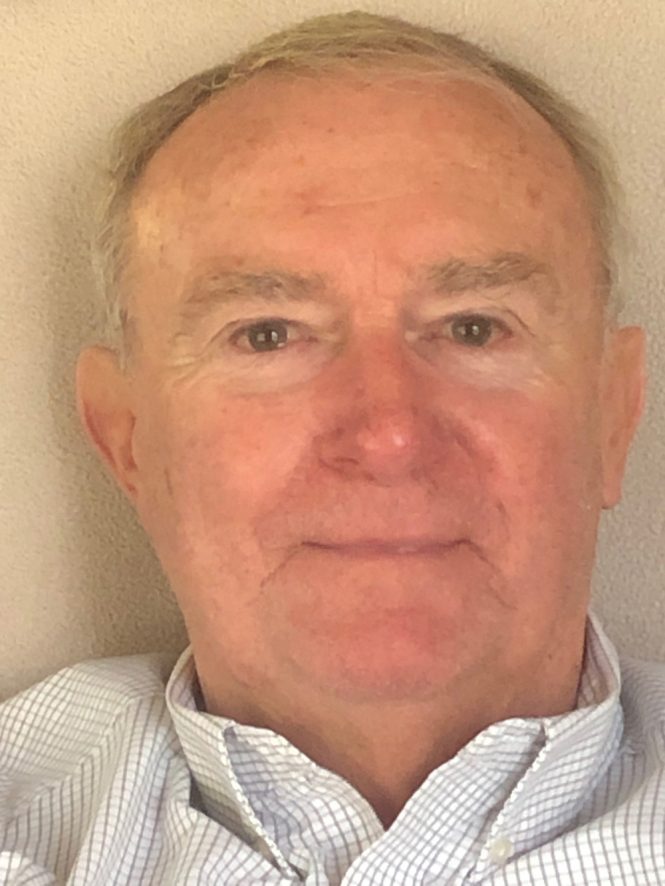 Wayne Dederick is a retired chemistry teacher with three daughters and six grandchildren, hence his care about the future of our planet.