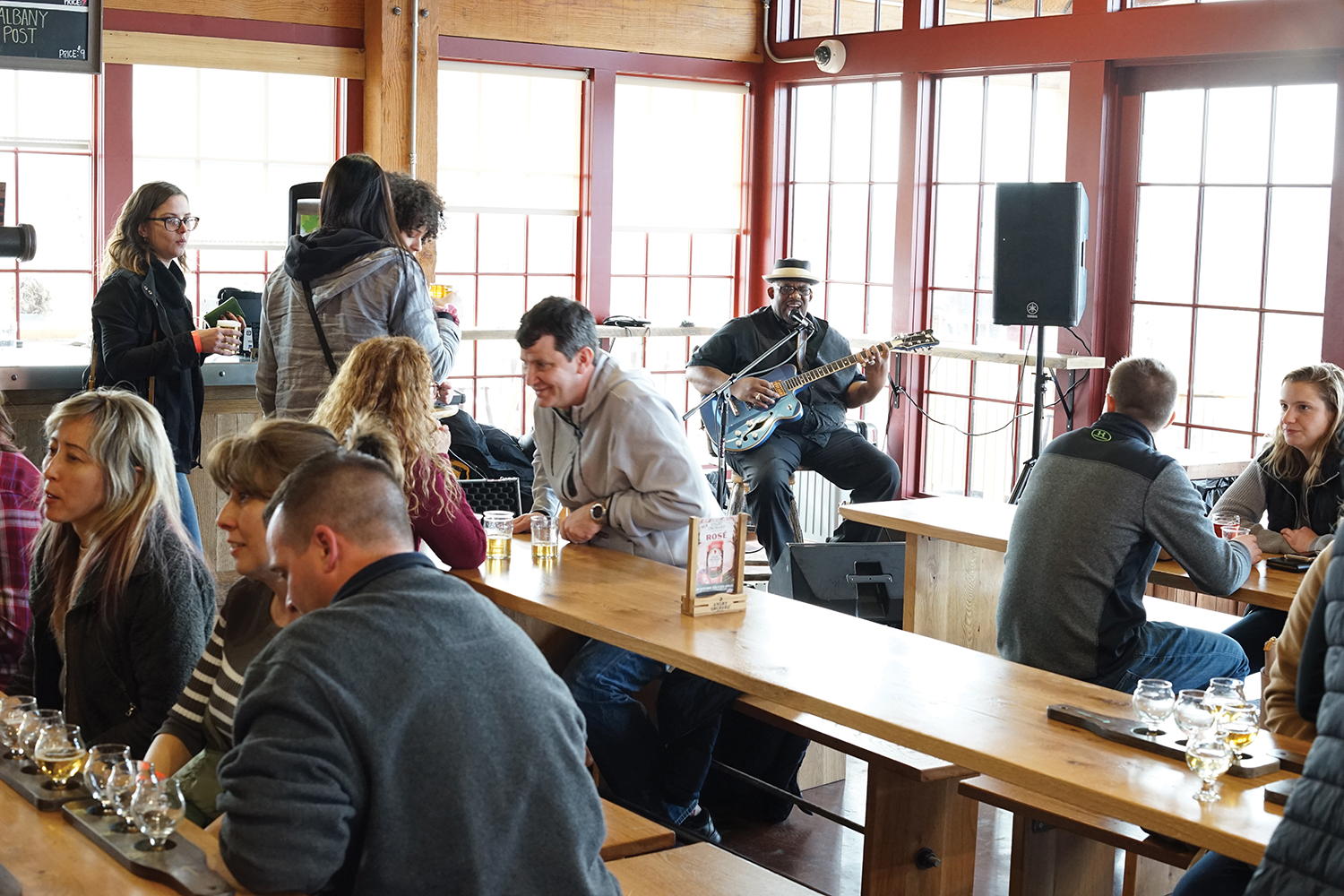 With its charming mix of 18th- and 19th-century architecture, its history as a working-class town, and its cross-section of cultural and religious representations that reads more cosmopolitan than rural, Walden is an approachable and affordable home base. Located in the northeastern portion of Orange County, it’s the largest of three small villages that make up the greater town of Montgomery. With a position that straddles the Wallkill River—a Hudson River tributary—Walden began its life in hydropower as an 18th-century mill town (in fact, the town takes its name from the pioneering miller Jacob T. Walden).

In the 19th century, the village went on to serve as a manufacturing hub for textiles and knives (even earning the nickname “Knifetown”); although the last knife-making plant closed in the 1950s, industrial pursuits persisted.

“When I grew up, Walden was a factory village. There was a lamp factory, a coat factory, a paper factory—there were a lot of factories,” recalls lifetime local Bill Voegelin,  a retired carpenter who grew up in neighboring Montgomery, and who—with his wife, retired schoolteacher June Voegelin, and two children—moved into a home he built just outside Walden in 1986. 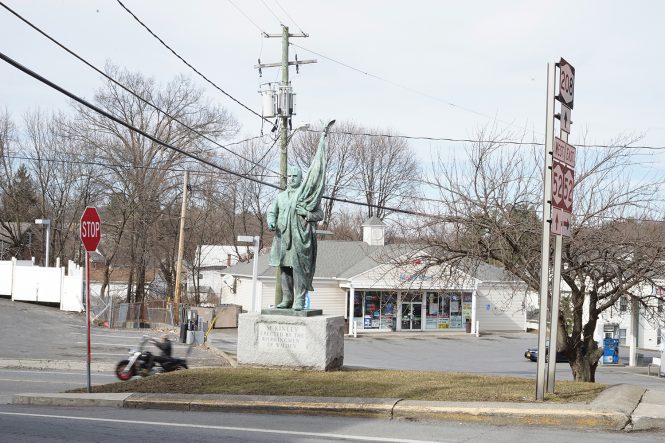 A statue of President William McKinley graces the crossroads at Walden’s entrance.

With time, he says, socioeconomic improvements have come to what has traditionally been a working-class village. “I think the average income of the families that are here now is higher than it was when I was a kid. So I think the village itself has improved,” he says.

Today, light industry and retailing carry on, and an estimated three out of four households are made up of families with children—with the community ties, amenities, and services to match. The things that drew the Voegelins to Walden over 30 years ago—high-quality public schools and parks—are still there. Walden is a haven for kid-friendly open spaces and recreation, with 145 acres spread out over seven public parks.

“Walden offers a lot. It provides what anybody might need,” says June Voegelin, who frequents village conveniences like the Thruway Shopping Center and the Josephine-Louise Public Library, built in 1916.

The Wallkill River is the village’s dominant geographical feature, with its waterfalls, dams, bridges, and Tin Brook tributary, and serves as a bucolic background to the village’s residential and commercial pockets. Several parks traverse the village, including Tin Brook-hugging Wooster Grove, along East Main Street, with nearly 10 acres encompassing a playground, basketball courts, seasonal ice rink, bandstand, and rec center (set within a former train station); the 34-acre Bradley Park, chockablock with sports courts and fields, along with a skateboard park and playground; and the 99-acre James Olley Community Park, with several playgrounds, trails, and a manmade beach. The Walden-Wallkill Rail Trail offers over three miles of paved pathway through the heart of town and into the neighboring hamlet of Wallkill that’s suitable for strolling, jogging, cycling, or dog walking.

Walden’s historic central business district along Main Street has harbored a thriving mom-and-pop-shop retail corridor for more than a century, as evidenced by stalwarts like Millspaugh Furniture (dating to 1858) for finely crafted home furnishings or Sohn’s Appliance Center (since 1907). Retail, dining, and services spill over onto offshoot streets, including Orange Avenue and East Main Street. Neighborhood hubs include Sweeney’s Irish Pub; Zona Rosa, a Mexican restaurant; and breakfast/lunch haunt The Barnside. During summer and fall, the village center is lively with a farmers’ market; free outdoor summer music and movie events; and the annual Walden Day, featuring food, entertainment, and a Little Miss Walden Contest.

The village’s other major commercial artery runs down the hill to the riverfront Thruway Shopping Center complex, which opened in the 1950s (on the grounds of a defunct knife factory). It’s had staying power, maintaining retail arms for sporting goods, wine and liquor, and hardware; there’s also an adjacent Hannaford supermarket.

On the outskirts of town, hard cidery Angry Orchard is Walden’s premier attraction. The 60-acre orchard and tasting room welcome visitors with complimentary flights of cider, barrel house tours (for a fee), and scenic spots like a fire pit overlooking the orchards and a satellite treehouse tasting room created by the people on Animal Planet’s show “Treehouse Masters.”

For a small town, Walden has a rich convergence of spiritual culture, too, with numerous churches and a synagogue; the Tibetan Buddhist Tsechen Kunchab Ling, Temple of All-Encompassing Great Compassion; the Hindu ashram Shanti Mandir; and a Bruderhof community. “[Walden] doesn’t exclude anybody,” says Bill Voegelin. “It’s very welcoming.”

Walden’s median home value is an affordable $168,000, with listings for single-family homes generally running in the range of $130,000 to $350,000. With attractive rates and a sought-after school district, the housing stock turns over quickly, often snatched up largely by young families and military personnel. Single-family homes built prior to 1940—including Victorians in varying states of upkeep—are the primary structures within the village center, although options diversify on its outskirts, including Colonials, modern townhouses, “McMansions,” and more than 150 multiunit developments with10-plus residential units apiece. Ulster Avenue and Walnut Street offer large, opulent Victorians. At press time, a renovated, three-bedroom, 1.5-bath, end-unit townhouse from the 1970s, within walking distance to the rail trail and Bradley Park, was listed for $169,999. Of note, Walden also maintains a sizeable rental community.