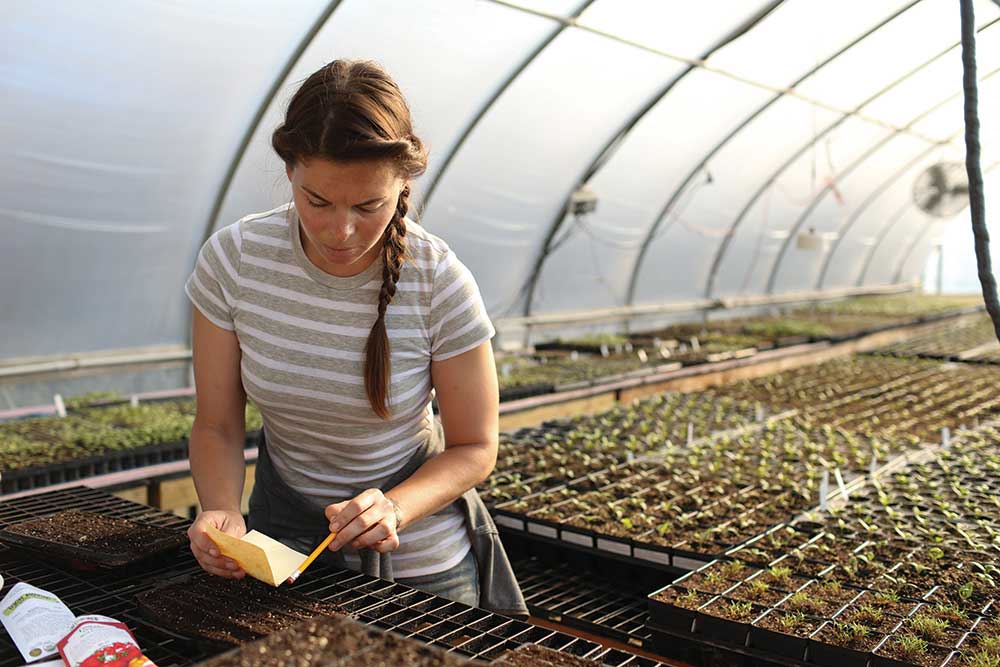 According to the U.S. Department of Agriculture, more than 49 million Americans qualified as being “food insecure” in 2013. That means approximately 1 in 6 people across the country don’t know where their next meal will come from. Surprisingly, Poughkeepsie’s rate of food insecurity tops the national average, at 1 in 4 people, according to the Poughkeepsie Plenty Food Coalition, a nonprofit organization dedicated to ensuring quality food for all residents, regardless of income level.

One member of the coalition, nonprofit Poughkeepsie Farm Project (PFP), is actively combating food insecurity. As one of approximately 30 local CSAs (community-supported agriculture projects), PFP is an anomaly among its peers, set smack in the heart of the City of Poughkeepsie on 15 acres of the Vassar College campus, surrounded by the college’s 500-acre ecological preserve. 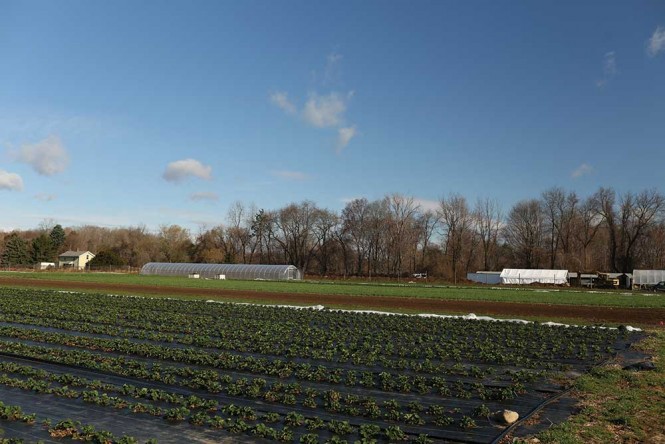 PFP’s urban location gives it an advantage in fulfilling its mission to connect “farm, food, and community.” Standard farm shares are $776 for the full season (23 weeks) and a working share is $632 plus 12 hours of lending a hand. Barter shares, in which members work rather than pay a fee, are also offered.

A farm share provides weekly allotments of produce to its members—enough to allow a family of four to get by on less than $26 per week. “We did comparison shopping, and to buy organic in the grocery store each week would cost at least $80,” says Executive Director Lee Anne Albritton.

Each year, 35 low-income families receive sponsored CSA shares. PFP also makes twice-weekly donations to Poughkeepsie charities, including soup kitchens, food pantries, and homeless and domestic violence shelters—and provides nutritional cooking workshops for those charities’ food service workers. In 2014 alone, says Albritton, the farm donated 27,000 lbs. of produce (including the subsidized shares), which is 20 percent of its total production or approximately $77,000 worth of food.

The donations PFP provides depend, in turn, on philanthropic grants. “I don’t want to say it’s easy for us at all, because the farmers work very hard, but we lease the land, and most CSAs own their land and have to pay taxes and deal with costs that we don’t incur,” Albritton says. “Vassar College recently agreed to extend our lease to 25 years. Vassar really values the program—we provide internships and apprenticeships to the students, and many students and staff there belong to PFP. Because of Vassar’s supportive relationship, we’re able to concentrate on food justice as well as apply for the grants that allow us to do that. And, in reaching out to other community organizations, we’ve become well known.” 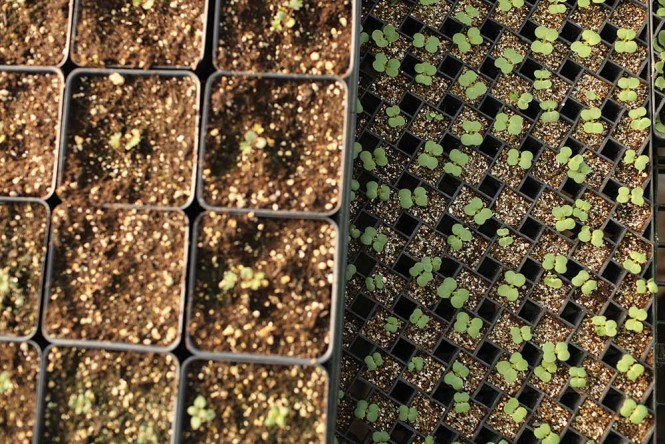 But that isn’t all PFP accomplishes in the name of equalizing Poughkeepsie residents’ access to good food. The farm offers food education programs for children and adults, cooking demonstrations and workshops, informational held on site and at libraries and schools, student internships through fellowships and work/study programs, and farmer apprenticeships. Last year, 2,016 people participated in the programs, including 1,600 students who attended field trips there.

Field trips to PFP are so popular that the year gets booked in advance. “There’s a cooking workshop at the end of each tour, so everybody gets to leave having made something they just picked,” says Albritton. “Kids go home and are like, ‘Mom, we have to get kale.’ Parents have called and asked us, ‘Can you tell me what kohlrabi is? My kid is asking for it. Where would I find that?’”

The PFP Summer Institute program was founded by Poughkeepsie School District teacher and PFP education manager Jamie Levato in 2012 in partnership with the Cary Institute and funded by the Department of Environmental Conservation. The program trains teachers to incorporate farming and gardening into their curricula, whether it’s math, science, English, or nutrition. In a study conducted by Levato in a school cafeteria, where small servings of kale were offered, 63 percent of 100 students who had participated in farm-to-table projects ate the kale in its entirety—further proof that PFP’s education plan is working.

PFP itself was founded in 1999 by a group of 15 professors and local residents, led by New Paltz-based climate-change activist Dan Guenther. The farm began with 70 members and only three farmed acres and has grown to more than 500 shareholders and 13 cultivated acres. 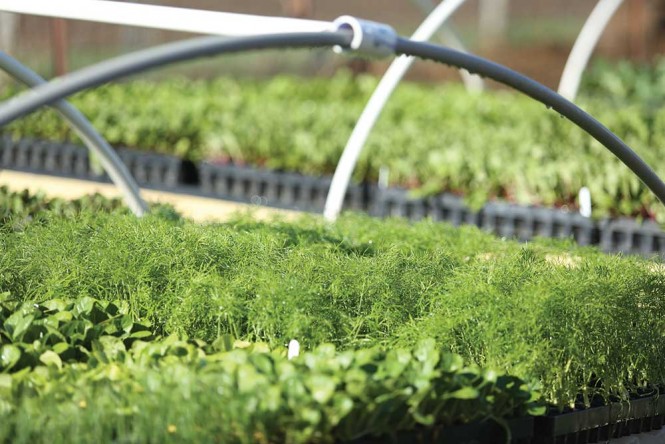 Ultimately, it’s “people power” that runs PFP, says Albritton, from its hands-on, 13-member board of directors to its staff and volunteers, each of whom tries to leave the farm in a better state than they found it. Albritton is no less ambitious. She hopes to launch a capital campaign to build an education center and a second greenhouse in order to allow the farm to offer more courses and a CSA year-round, doubling its participants, as well as a permanent distribution center so food can be preserved to last longer. “That alone would increase what we offer our members and how much we can donate,” she says.

Albritton would also like to get Poughkeepsie’s senior population more involved in the farm. “Getting older people fresh vegetables and fruit is a big part of addressing their health needs,” she says. “They’re on a really tight budget, and this way, they don’t have to go for pre-packaged food.”

But most importantly, Albritton wants to ensure that the farm keeps growing food for the future, by expanding PFP’s farm apprenticeship program. “We have a really competitive, conscious program, and we want to extend what the apprentices are learning,” she says. “We’re basically teaching more people how to become farmers—that’s one of the biggest things we can do.”