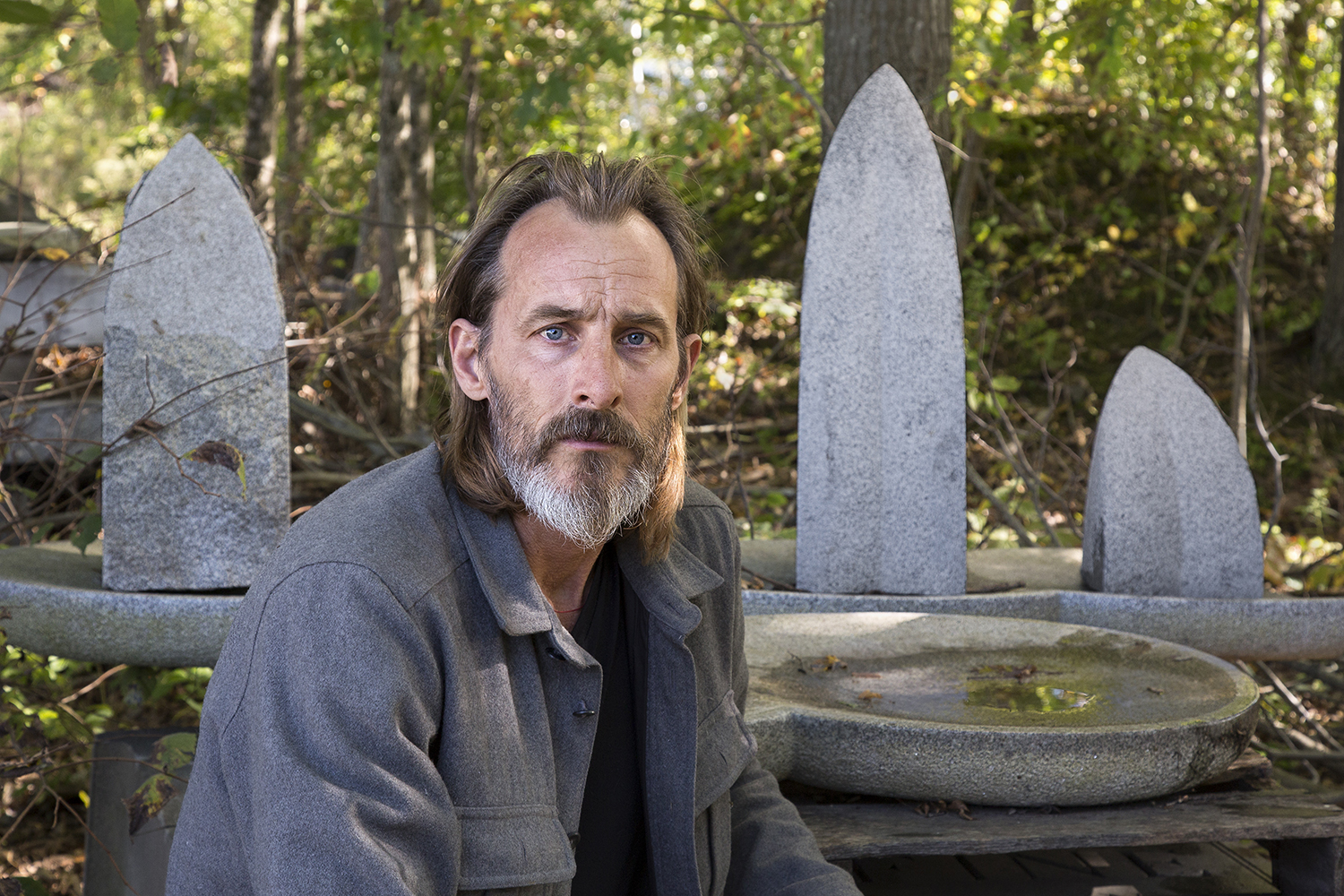 Raised on a farm outside New Paltz, sculptor and stonecutter Chris Lewis made his first carving at age 10—a tombstone for a friend’s dog. “I don’t even think I delivered it, it was so bad,” he says. “But I was always fascinated with stone—both the material itself and whole idea of stonecutting.” His parents ran a plant nursery, so he grew up around landscape architects and contractors, developing a keen eye for design. Nonetheless, on his parents’ advice, he initially chose a more practical career.

But after only one college semester of civil engineering, Lewis threw in the towel. He moved to Aspen, Colorado, and began working for a landscaping company that designed and installed flagstone patios. He quickly discovered that he had “a knack for knowing how stones are going to fit together, Rain Man style,” he says. “If I look at a pile of stones, I can tell in a matter of minutes where 50 percent are going to go.”

After the Loma Prieta earthquake devastated Northern California in 1989, Lewis moved to San Francisco, where he joined the local bricklayers union, took sculpture classes, and worked in landscaping and masonry. His work won the attention of Charles Kibby, who recruited him to work at his ornamental stone repair company, Kaptive/CGI Preservation Arts.

Kibby encouraged Lewis to travel to the village in Italy where Michelangelo lived—Pietrasanta, a thriving seaside commune of sculptors and artists on Tuscany’s northern coast. Lewis traveled there in 1996 to apprentice for prestigious sculptor Andres Lemieszewski. Under Lemieszewski, he cultivated his distinctive sculptural style. 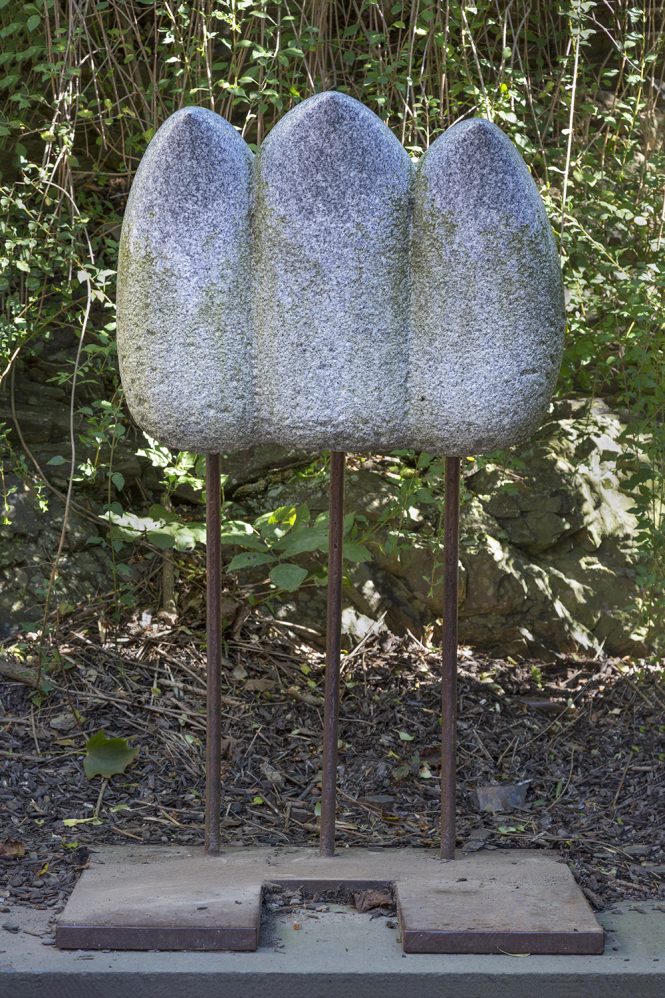 “I felt like most stone carvings were flowy and amoebic,” Lewis says, “and I just had this thing for creating edges and points.” His designs blend curves with hard lines and sharp edges for a dynamic effect. For his “spike sculptures”—crests of carved stone mounted atop iron rods like giant popsicles—he uses varying-height rods and configurations, creating top-heavy sculptures that bob in the wind, casting shadows that evoke ocean waves. “The rods keep getting longer and longer,” he says. “There is just something about the inertia of the stone and the little gusts of wind that get it moving.”

Currently, Lewis is focusing on completing commissions for fountains and landscape sculptures as he travels the country. He spends summers working out of a shipping-container studio near New Paltz; Christmas with his parents in Florida; and five months a year in Ventura, California, where he shares a communal studio.

Wherever Lewis works, he uses indigenous material—Barre granite, marble, bluestone. Granite is his favorite because it offers a physical as well as mental challenge. While marble is relatively soft and easy to carve, granite needs to be broken and crushed.

Lewis begins each sculpture using brisk, powerful hammer strikes on a large-diameter chisel to break off chunks of material. For large-scale works, he uses sledgehammers and stone axes, striving to remove as much as possible while preserving the stone’s original silhouette. “I do my best to blast every chip of stone off with a little explosion,” he says. “As the piece shapes up and the detail becomes more finite, the hammers and chisels get smaller, but the action is the same.” Some days, he does 50,000 hammer strokes. To finish, he uses a right-angle polisher with diamond pads in a seven-step process that leaves the stone shining like a quartz countertop. “Stonecutting is as much an illness as it is passion,” he says. “Most stonecutters I know have no idea why they do it. But I’m so glad I stuck with it all these years. I think the best is yet to come.”