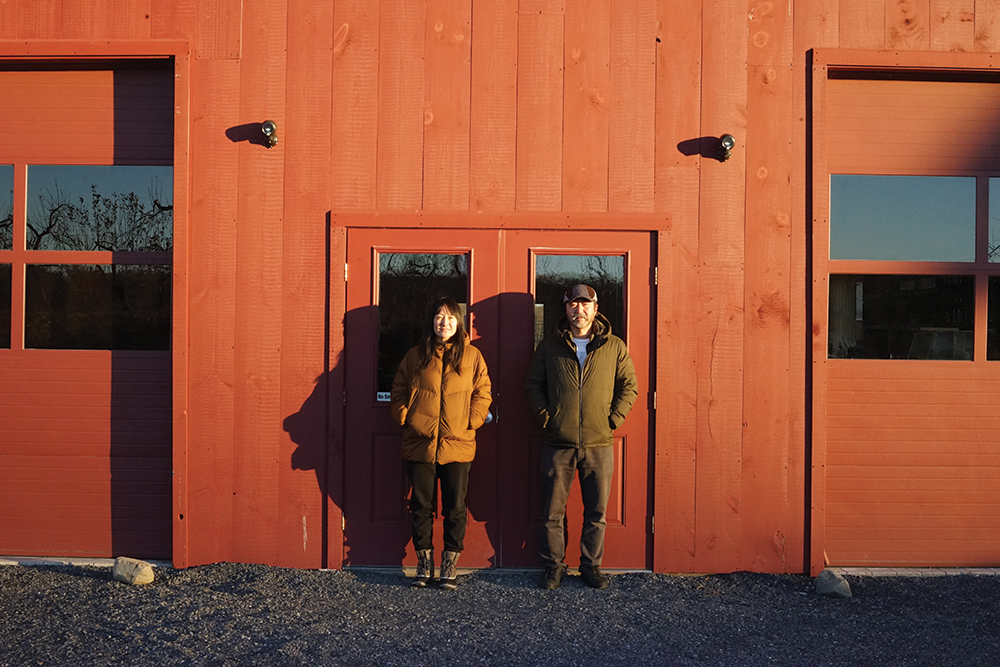 Hard cider is enjoying a renaissance in New York State, with the business counting more than 80 cideries statewide and the Hudson Valley at its hub. Part of a broader resurgence of craft brewing and distilling that’s been bolstered by a decade of New York State legislation aimed at easing restrictions and promoting growth for craft beverage producers, hard cider is a natural fit, given that New York is the second-largest producer of apples in America.

But contemporary cider-making is also a return to regional cider traditions with long-established roots. Hard cider was a pre-Prohibition, Colonial-era staple that was once even more popular than beer, but which faded out in the face of the Temperance movement, when cider production and even the growing of cider apples were deemed illegal.

Basque-ing in the Glory

Brooklyn Cider House arrived on the scene in late 2017, presenting an idiosyncratic version of hard cider, pairing apples sourced from New Paltz with a stylistic twist from Spain. The concept for the Basque-styled cidery was born during a fateful 2014 business trip to the foothills of Spain’s Basque country for company cofounder Peter Yi—one of many journeys he set out on in search of notable wine labels during his former 25-year career as a wine buyer in New York City. 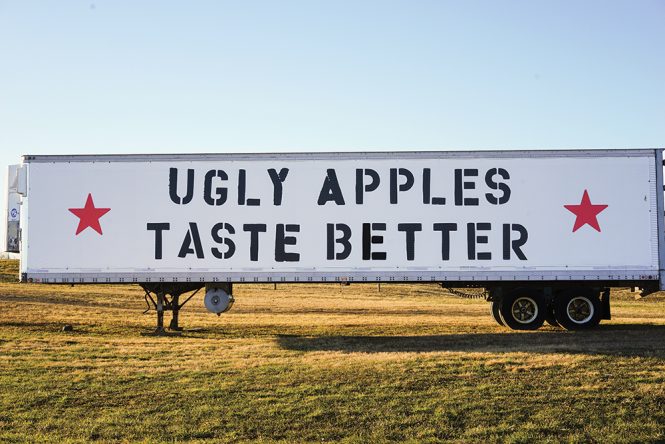 The Yis are proud to grow “ugly” but more flavorful cider apples, which were banned during Prohibition.

On the recommendation of a family friend, Yi ventured into one of Basque Country’s ubiquitous sagardotegi, or cider houses, centuries-old traditional gathering spots known for their laid-back atmosphere, farm-fresh fare, and natural cider “caught” straight from the barrel—and its appeal proved irresistible. “I was so mesmerized,” he recalls. He found that the synergy of the sagardotegi ciders—unfiltered and unrefined, noncarbonated, dry and sour, and both food friendly and rich with probiotics—to be more reminiscent of wine than the sweet, carbonated hard ciders that were more commonly marketed in the US at the time. “It was such a lightning-bolt moment that I fell in love instantly,” he says. “I just took one taste. And I was like, ‘Holy moly!’ I knew I wanted to do this.”

Back on his home turf later that year, Yi’s vision to bring the sagardotegi experience to the Big Apple proved contagious enough to enlist his Brooklyn-based sister, former schoolteacher Susan Yi, who now manages the venture’s administrative and developmental aspects, along with a finance-world friend, Lindsey Storm, who left the team in 2018 to pursue a career in the beer industry, to help get it off the ground. In the five years since, Brooklyn Cider House has come a long way.

The twofold venture includes the Brooklyn Cider House eatery/cidery, located in the Bushwick section of Brooklyn, and its New Paltz-based farm/tasting room counterpart, Brooklyn Cider House at Twin Star Orchards, which the Yi siblings acquired in 2015. It’s the Brooklyn establishment that’s designed to closely recall the sagardotegi atmosphere that so enraptured Yi, with a prix-fixe, family-style menu centered on four courses (including Spanish omelets and rib-eye steaks), paired with “cider-catching”—or cider served straight from the barrel—that’s led by a cider guide in between courses. It’s also there that the apples—harvested and imported primarily from the New Paltz orchards and pressed into juice at nearby farms—are processed into cider, fermented in stainless steel tanks, and aged for up to 18 months.

With apples at the core of the business, the Yis knew early on that they would need just the right kind: bitter, hard cider-variety apples that were not yet being cultivated in New York State. The quest to produce the apples themselves—with the right climate, soil, drainage, minerals, and proximity to New York City—ultimately led the team to New Paltz, where Susan Yi frequently went rock climbing.

Twin Star Orchards—which retained its name from its previous owners—spans about 200 acres, with 50 acres devoted to growing 8,000 hard cider-variety apple trees that the Yis planted, and 50 acres of ancient orchards that they’ve maintained. The goal is to turn out what they proudly dub “ugly apples”—or quality, flavorful apples that are free from preservatives, but not necessarily as perfect in appearance as commercial apples, which tend to emphasize looks over flavor. 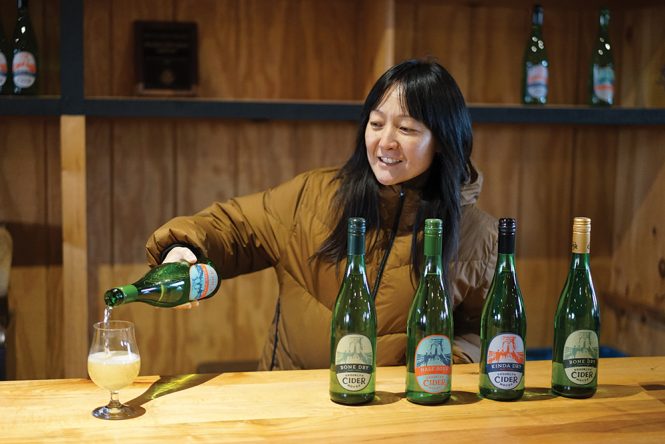 The so-called ugly apple is the sole ingredient in the Yis’ ciders, which are produced naturally whenever possible, with minimal intervention, using no added flavorings or additional sugars. The fermenting process is primarily owed to naturally occurring wild yeast and microbes and white wine yeast—an approach that the Yis credit with their ciders’ structure and aroma. “If you keep the ingredients really pure and fresh,” says Susan Yi, “it’s going to be a great product.”

Among Twin Star’s trees and terroir, where kids and pets are both welcome, a tasting room invites visitors to sample the label’s four main varieties: the bestselling, tart Kinda Dry; the Half Sour, with aromas of wildflowers, citrus, and honey; the crisp Bone Dry, reminiscent of Colonial-era cider; and the dry Raw, with citrus and crisp green apple flavors that are most attuned to traditional Basque cider styles. Bottles can be purchased, naturally, along with a selection of other New York State-made ciders, wines, and spirits.

Peter Yi, an admitted foodie—“To know wine, you have to know food,” he explains—found that at many other cideries, wineries, and breweries, the food served is an afterthought. “We had to make the food as good as our cider,” he says. Hence, a covered food pavilion—with a panoramic perch overlooking a pond and the orchards—was constructed at Twin Star, serving up a weekend menu of grilled burgers and Neapolitan-style pizza, topped with handpicked tomatoes and herbs from the garden and baked in a wood-fired oven imported from Naples. On weekends, Twin Star also hosts live music and, occasionally, pig roasts or outdoor yoga.

In the fall, there is apple picking out in the orchards, since in addition to the more bitter cider varieties, Twin Star grows several varieties of tasty eating apples, including McIntosh, Golden Delicious, and more.

But the Yis purposely don’t overdo it with a lot of over-the-top embellishments to lure visitors in. On her days off from Brooklyn Cider House, Susan Yi makes the trip up from Brooklyn with her husband and two kids to enjoy the Twin Star property, where they hope to build a shared vacation house for both Yi families one day. “What’s really nice about it is that it feels like a family farm,” she says. After all, she notes, at the end of the day, “You just need some grass and trees, some good food and good cider, and that’s enough.”

Brooklyn Cider House’s tasting room at Twin Star Orchards is open from April through early November (Thursday through Sunday, and on Monday holidays).