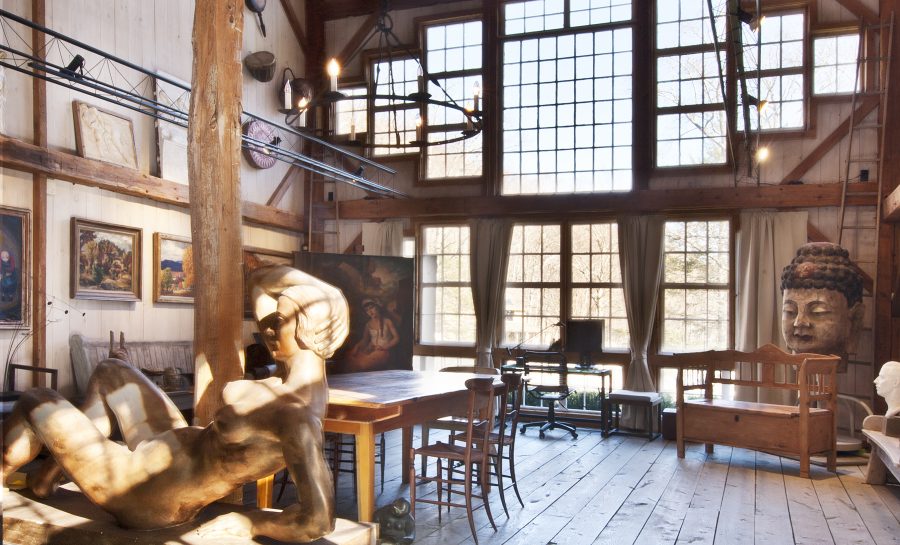 One art collector has not only made a career of acquiring breathtaking paintings and sculptures but has created a singular environment for those works on a 16-acre property in West Shokan. There, tucked away at the foot of the Catskills, can be found the disparate geographical influences of the collector’s life: the Great Lakes, where he spent his childhood; Europe, where he’s frequently traveled; and New York City, where he lived during his adult life.

Witten Pond, with its three residences, spring-fed pond, and countless vistas, stunningly blends wild mountain rusticity with urban minimalist modernity. The art collector who owns the property, who does not wish to be named, first discovered Witten Pond as a summer rental 40 years ago. Then, there was only one livable structure, a hunting-and-fishing lodge built in 1920.

Built with chestnut timber and resting on a hill, the 1920 house is decidedly Adirondack with a wraparound porch, twig banisters, river-stone fireplace, and hardwood floors on both levels. Upstairs is a warm, peak-roofed bedroom with skylights, inviting plenty of sun. 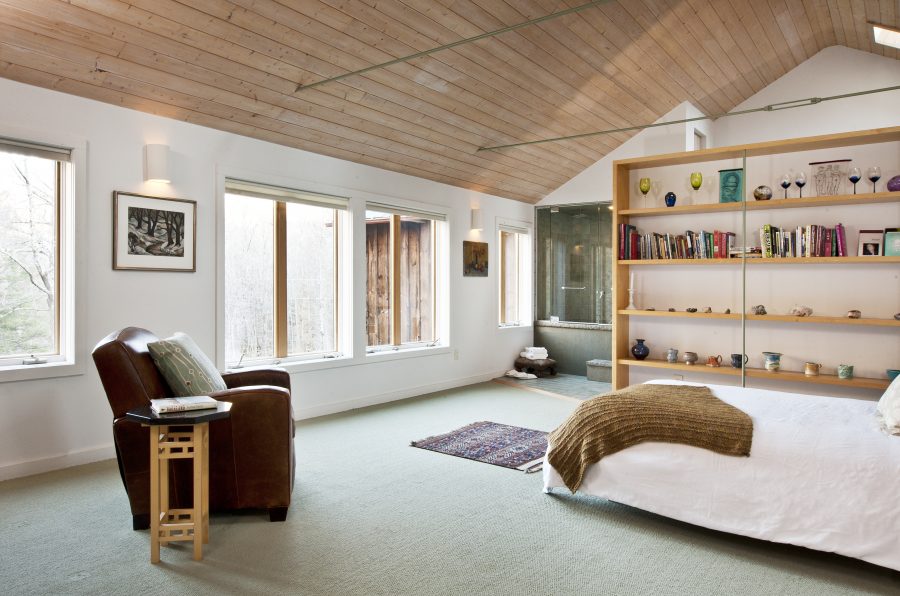 “I fixed it up and made nice changes, but never changed the basic plan that [the original builder] had in place,” says the art collector, who is now in the process of downsizing his properties in the US and Europe. He resided part-time in the 1920 house at Witten Pond until the mid-1990s, while he constructed a larger principal house on the property to live in.

“I was shocked to find a circa-1835 timber frame up in the Schoharie Valley,” he says. “I had it taken down, and reconstructed it on the other side of the pond.”

As the main house at Witten Pond today, the circa-1835 post-and-beam barn is a showstopper, anchored by a great room with a cathedral ceiling and a wall of windows facing the pond. The art collector says the great room was inspired by the Maverick Concert Hall in Woodstock and can take on any function.

When constructing the principal house, the art collector added an adjoining residence that is uniform in its exterior but wildly different inside. European touches abound, including a contemporary kitchen and living space with a Euro-style wood-burning stove, spiral staircase, and master bedroom suite overlooking the pond. The suite has the slanted roof of a Swiss chalet, while its spacious floor plan and white walls recall a Manhattan studio.

“It’s all open space from floor to rooftop rafters,” says the art collector. “I lived in a loft in New York City, and it has that quality.”

A third structure on the property, a gatehouse which has been outfitted with a black-and-white, Scandinavian-style approach while retaining country charm, offers guest accommodation and includes a fireplace, spiral staircase, kitchen, and upstairs loft. The final building, a Scandinavian wood-fired sauna brought by the art collector from Michigan, offers an additional retreat. 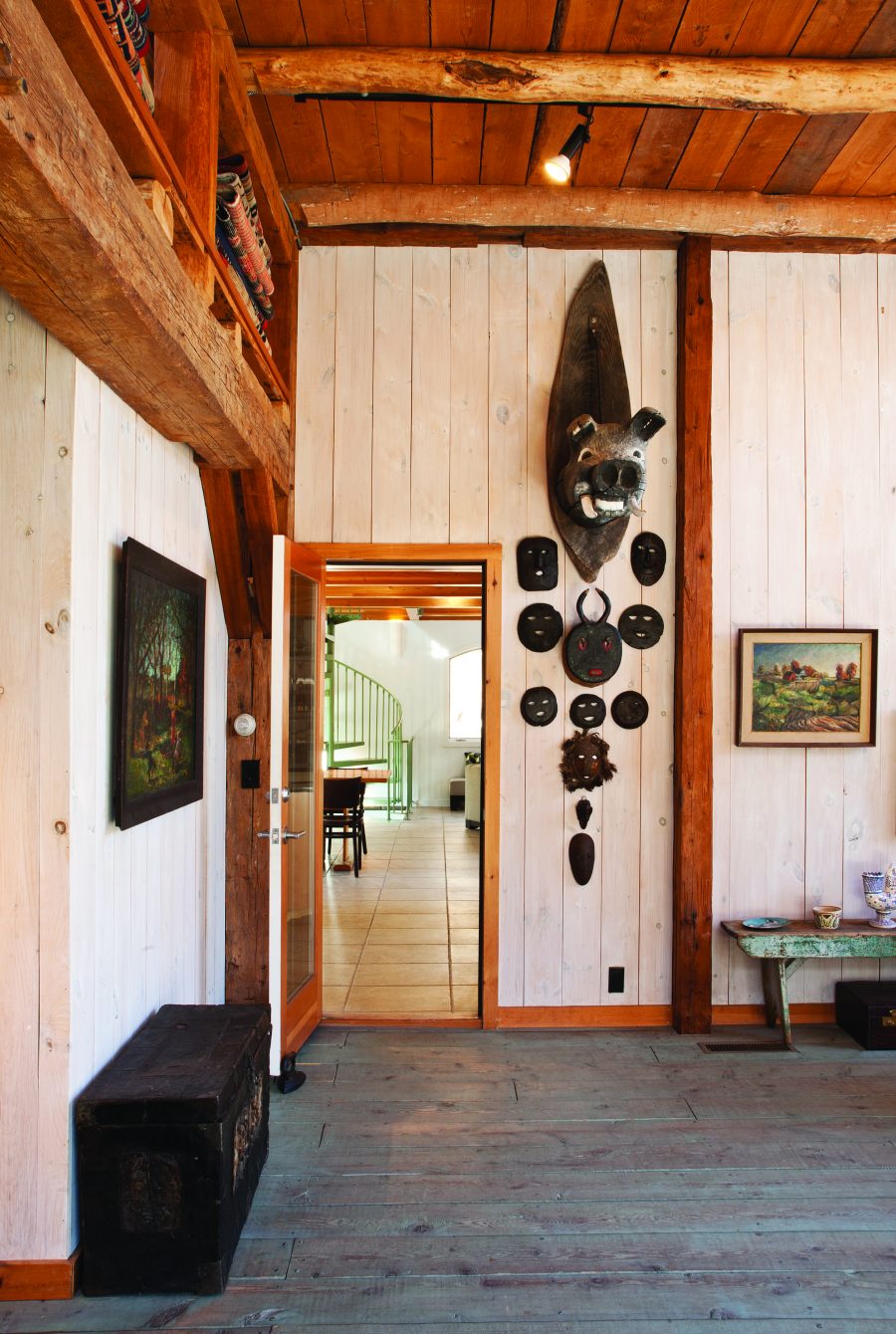 All four structures surround the pond, which is filled with brown trout and regulated by a concrete dam and spillway. A stone patio beside the pond is a perfect space for leisurely gatherings.

“I like being clustered around the pond,” says the art collector. “I like to have guests on the other side; we get together for meals, but we each get to have our own spaces.”

While each structure at Witten Pond is singular in its design, the entirety of the property stands as the creative realization of an integrated artistic vision at the foot of the historic Catskills.

“Wittenberg Brook, right around my house, hasn’t changed probably since the glacier,” says the art collector. “It is like it was then; it’s so pristine, yet I’m allowed to live there in my modern lifestyle.” 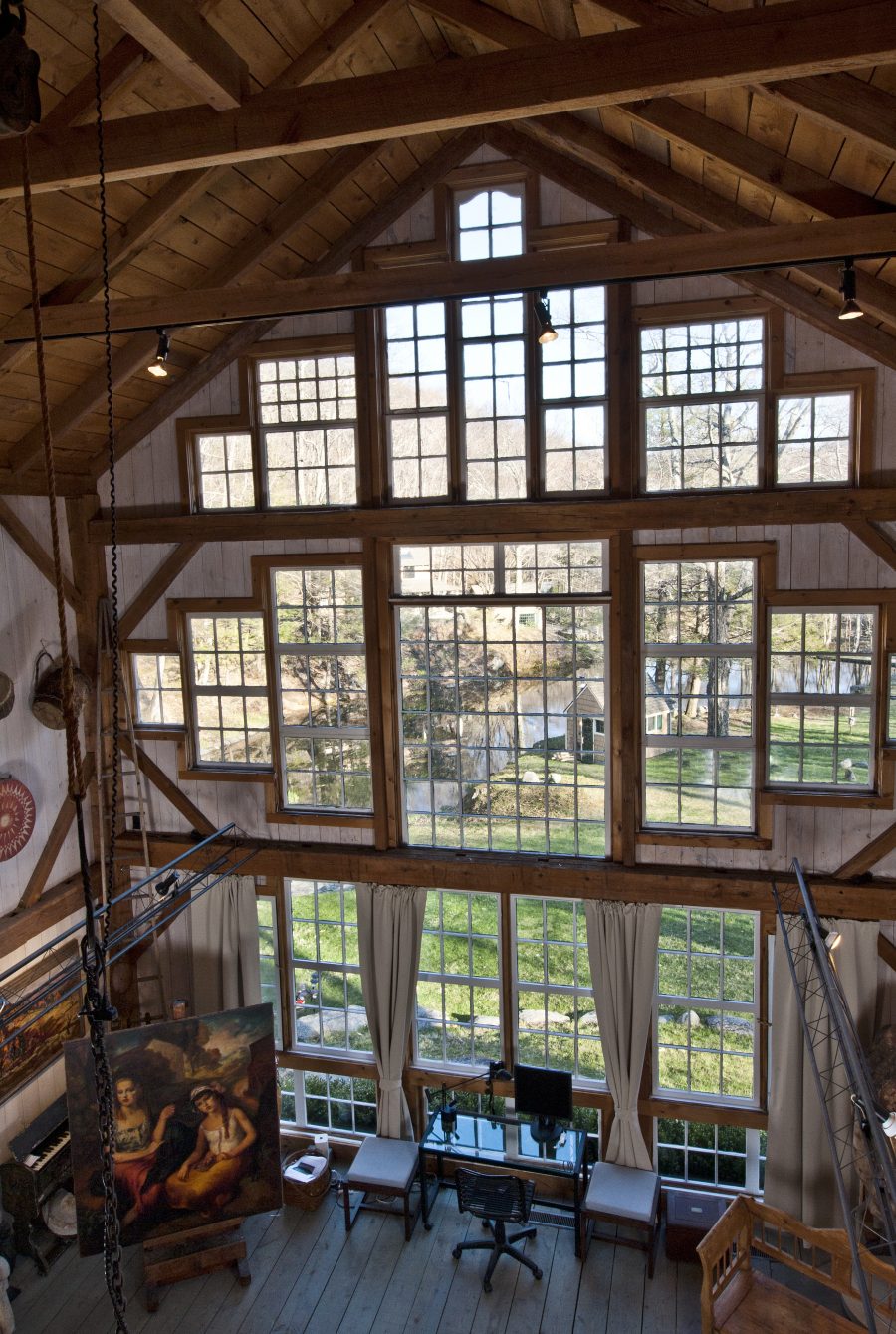 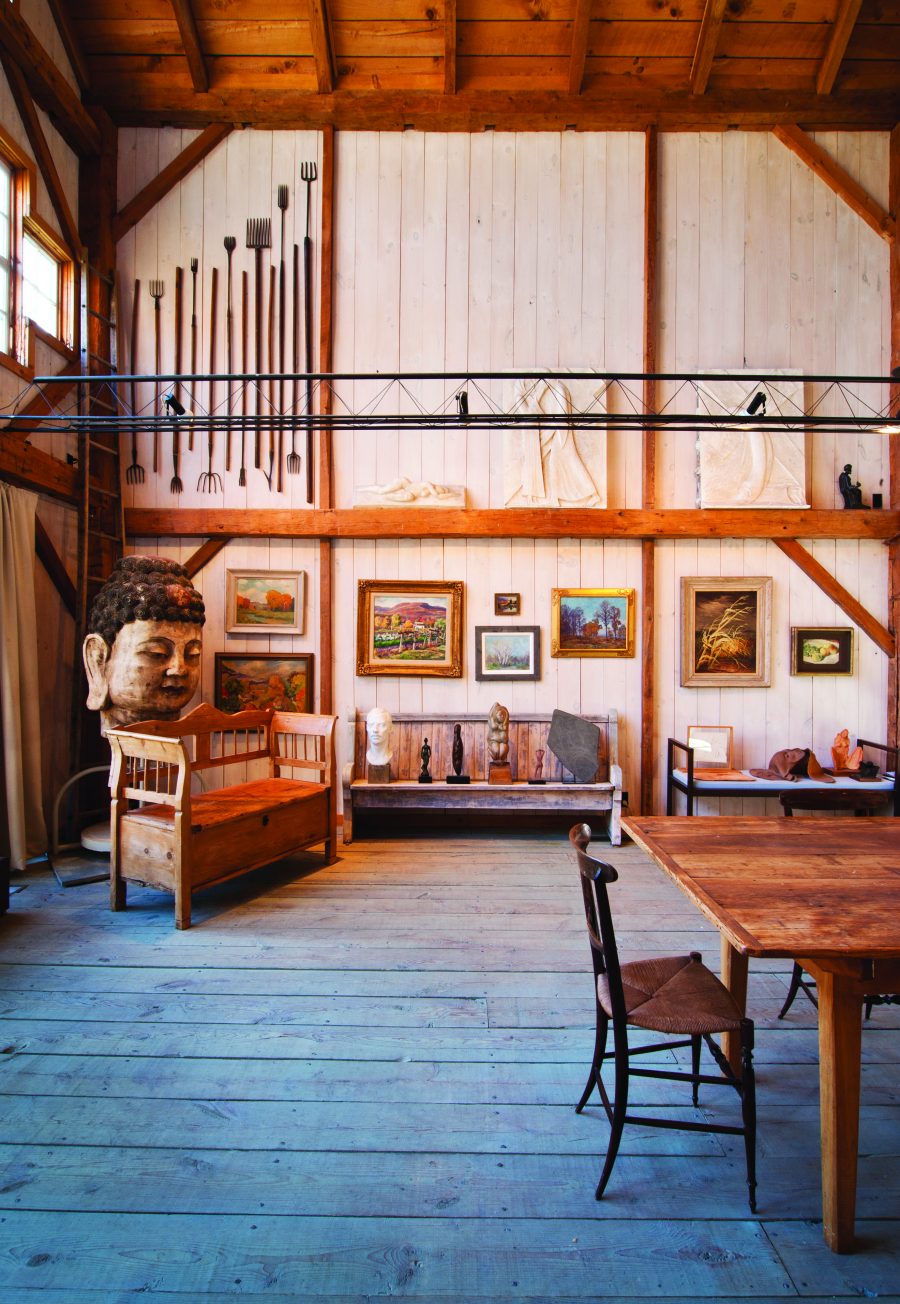 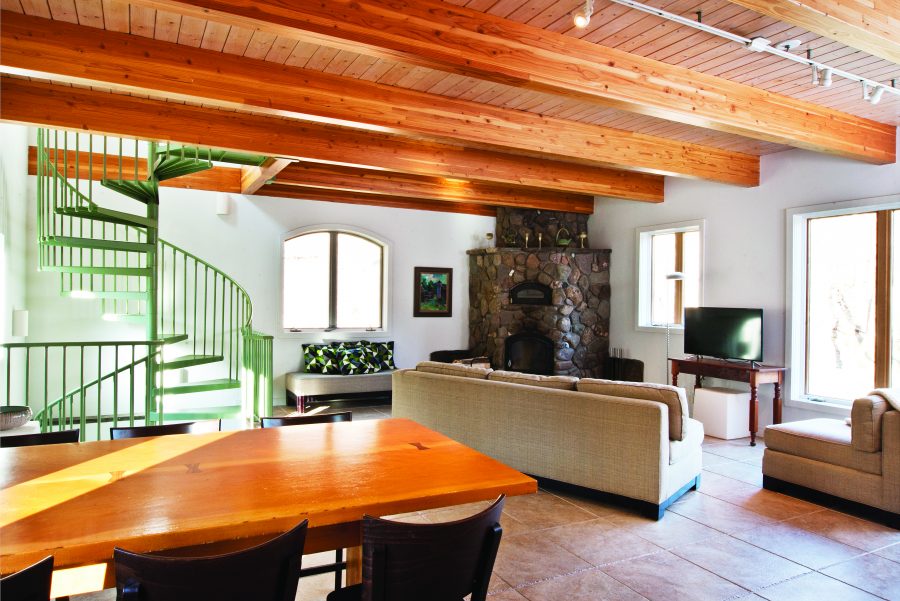 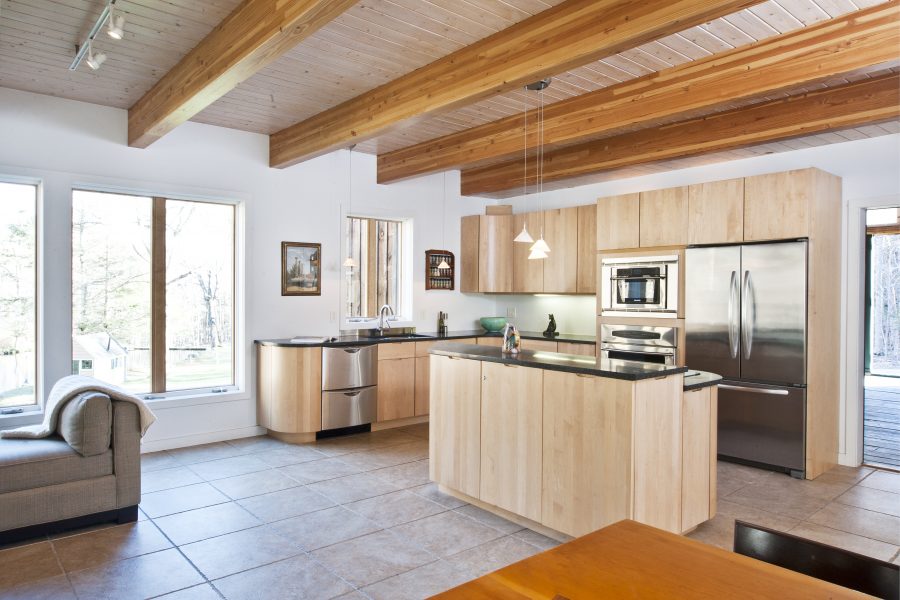 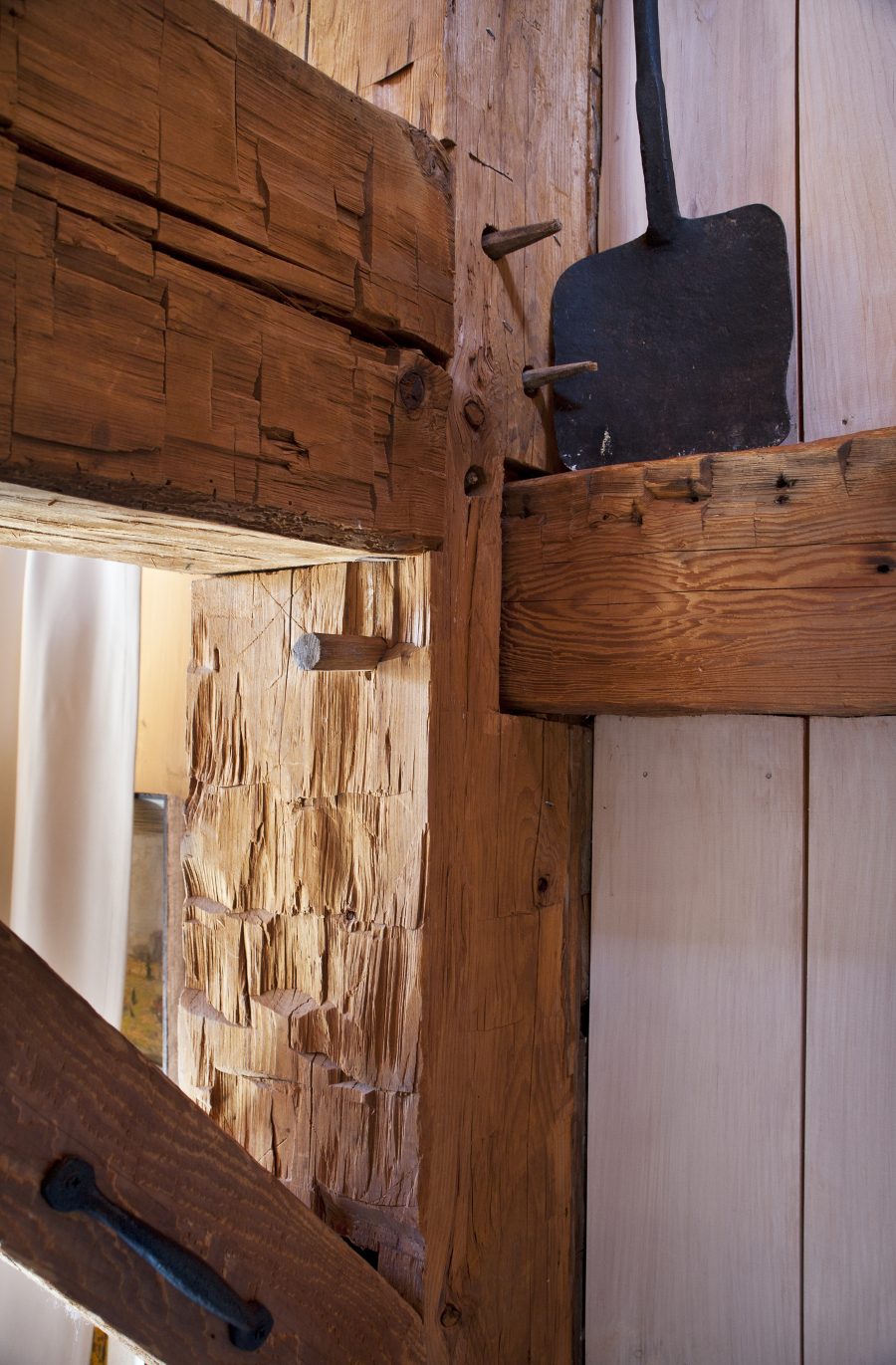 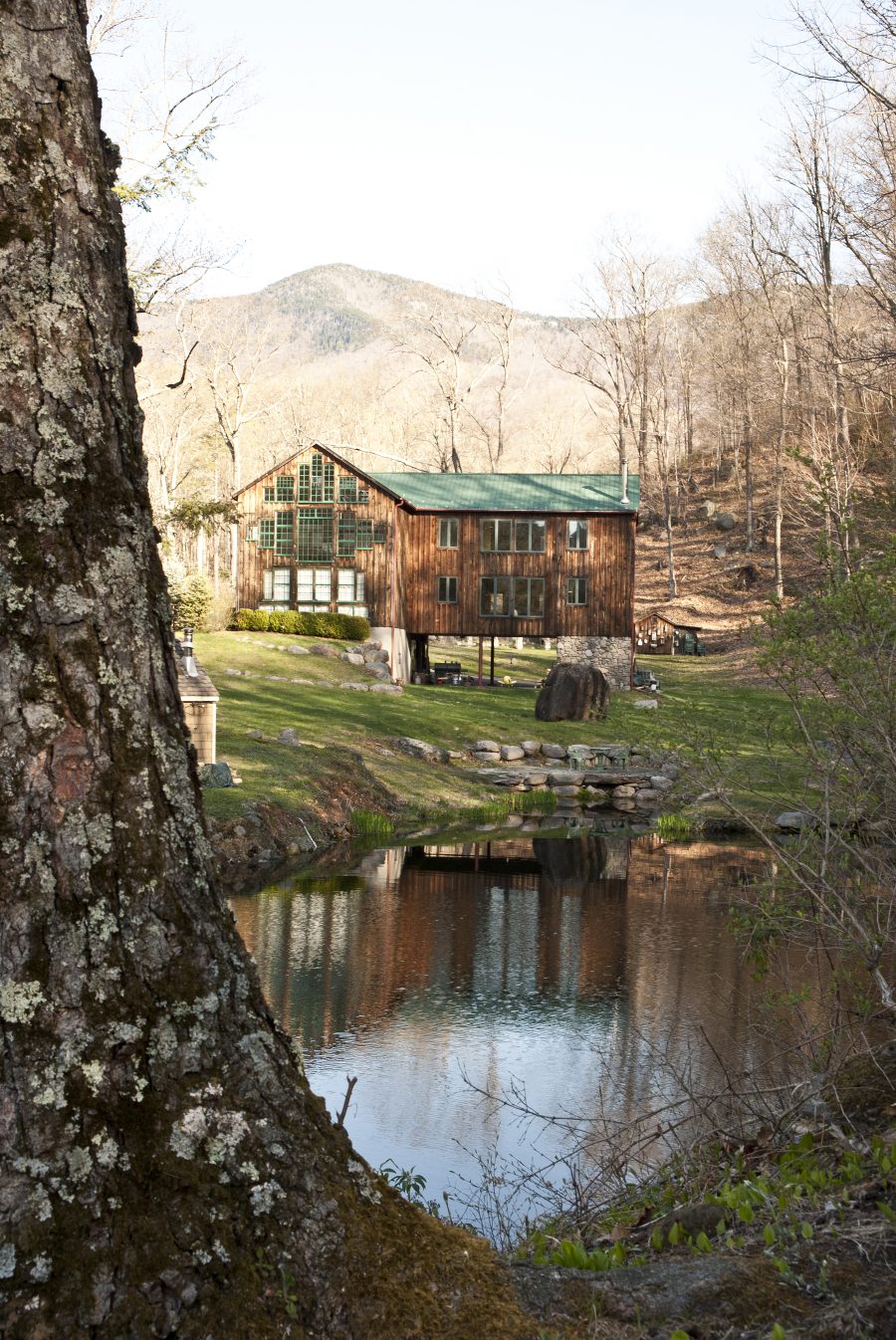 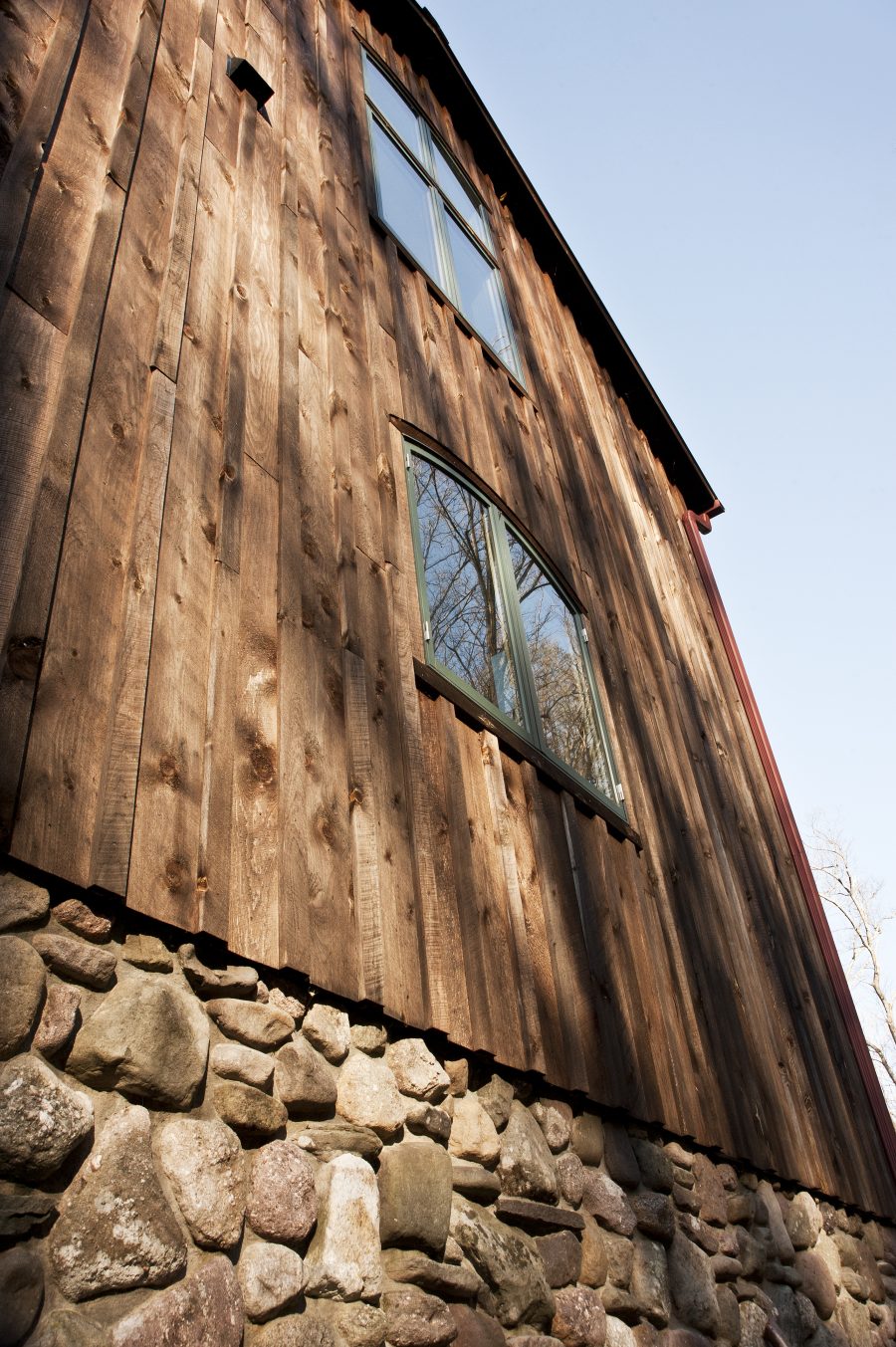