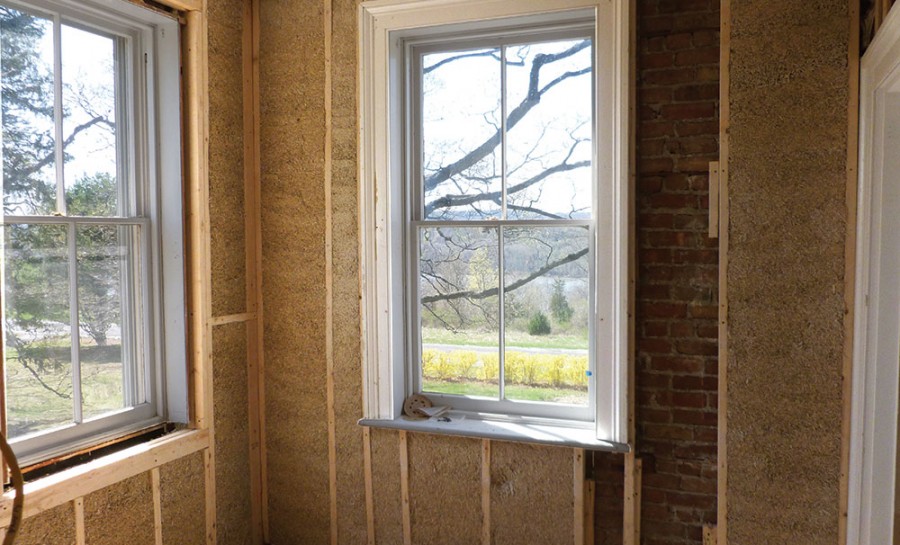 Former Wall Street analyst and Columbia County resident Jim Savage is so convinced of hempcrete’s benefits that he started a business promoting it. Savage discovered hempcrete while renovating his 1850s farmhouse in Stuyvesant. A plumber’s misstep led to substantial leaks in two rooms’ ceilings, one of which was insulated traditionally, the other with hempcrete. Savage’s insurance company promptly dispatched mold remediation specialists to evaluate the damage. While the traditional insulation was beyond repair, the hempcrete dried almost completely within a few days, leaving no permanent damage. It was as if it had “healed itself,” Savage recounts. “They’d never seen anything like this; they expected that they’d lose that ceiling as well.” 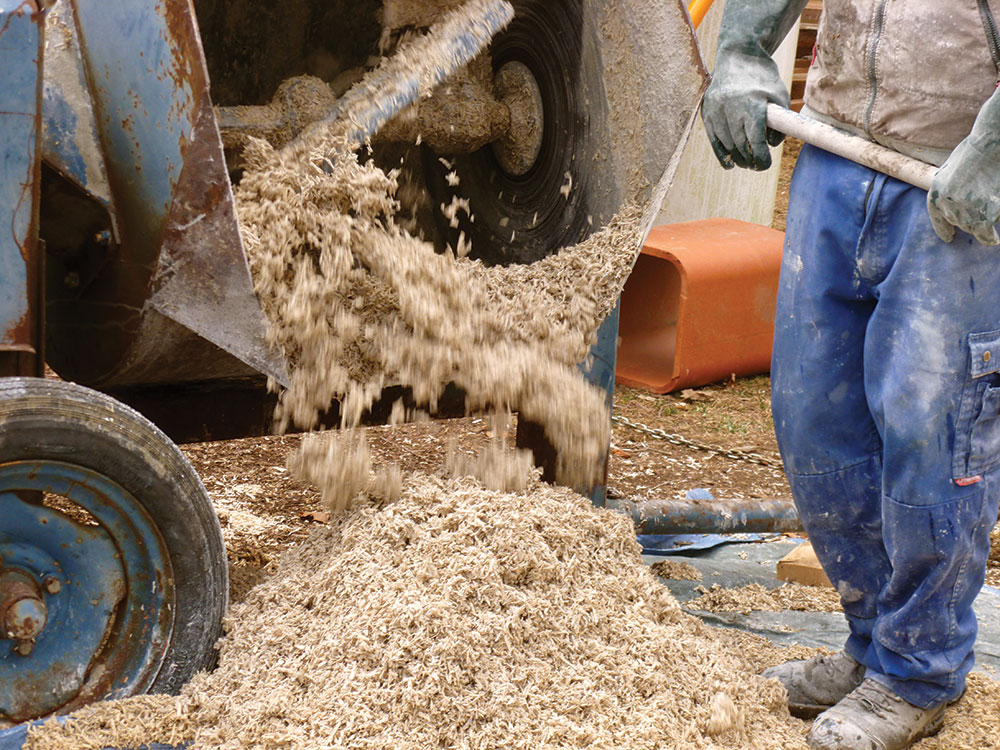 Savage has been promoting hempcrete through his company, Green Built LLC, since 2012. He says the material has many benefits, not least of which is that it prevents water damage, which is no small thing in the flood-prone Hudson Valley.

Hempcrete’s name, however, is slightly misleading, as it doesn’t possess the load-bearing properties of concrete. Unlike concrete, hempcrete “breathes,” allowing moisture to pass through and prevent saturation. As insulation, hempcrete reduces indoor humidity in the summer and retains it in the winter, reducing the cost of running an air conditioner or furnace. The use of lime in hempcrete also makes it virtually fireproof, eliminates the need for added chemicals, and raises the material’s pH to levels intolerable to mold, insects, and rodents.

Plus, Savage notes, hempcrete is so natural it can literally break down into mulch, thereby reducing toxins in the home. Traditional insulation is rife with volatile organic compounds (VOCs) and other toxic chemicals. Savage believes hempcrete’s usage improves air quality, potentially alleviating illnesses like asthma and “sick building syndrome.”

“I look at spray foam and think, boy, am I glad I don’t have that in my house,” he says. “If you can create an environment that’s mold resistant and nontoxic, it’s healthier for people, it’s a healthy building.” 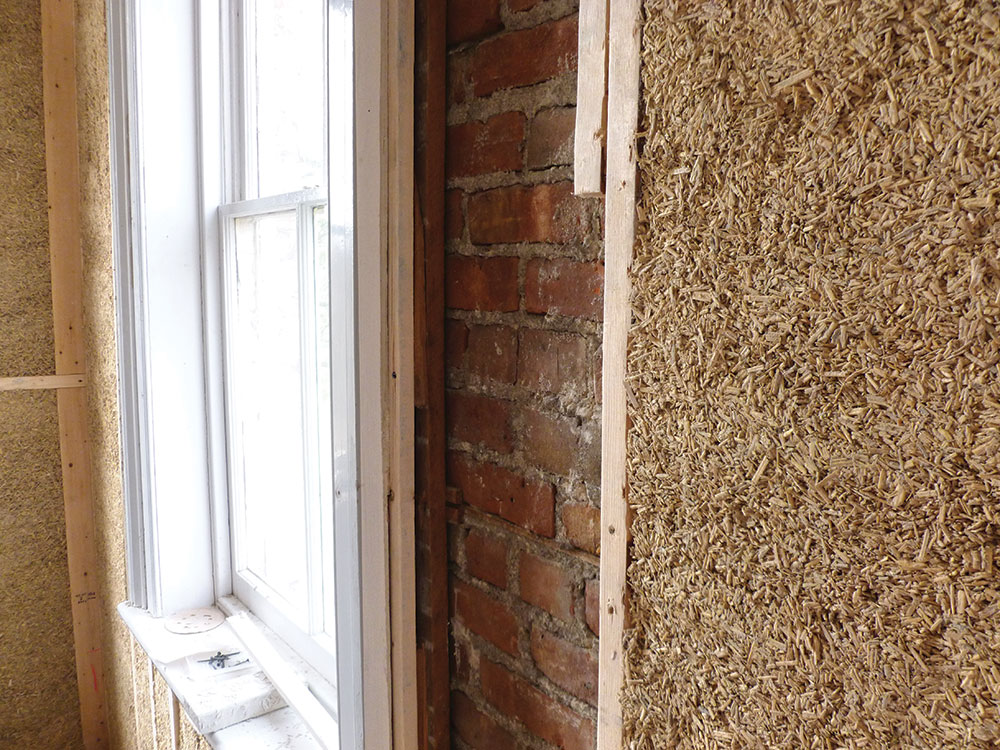 So, with all of hempcrete’s benefits, why is it still relatively obscure? When marijuana was outlawed in 1938, so was hemp. But today’s hemp activists contend that while industrial hemp and marijuana may be of the same species, they have as much in common as a Great Dane and a dachshund. Industrial hemp contains no more than 0.3 percent THC (marijuana’s principal psychoactive agent), while recreational and medicinal strains of marijuana contain 5 to 10 percent. “You could smoke a telephone pole’s worth of our stuff and still not get high,” Minneapolis, Minnesota, hempcrete producer Ken Anderson recently told the New York Times.

France and England never criminalized hemp, and the use of hemp in construction in both countries has been rising since the 1980s. In fact, English building insurers provide a discount for the use of hempcrete because of its durability. Hempcrete was even used in The Prince’s Natural House, an eco-friendly demonstration home built in Great Britain by HRH the Prince of Wales’s Prince’s Foundation for Building Community.

Here in the United States, hemp advocates like Susie Cody, director of the New York Hemp Industries Association, are campaigning for the deregulation of hemp in domestic production. Cody believes domestic hemp production could boost the state’s local economies. The hemp plant grows almost a foot a week during its lifecycle, so enough hempcrete for a 1,500-square-foot house could be produced on a few acres in one growing season, and New York State has the perfect conditions for cultivation. Plus, says Cody, “hemp is a good rotational crop. It breaks up chemicals in the soil [and requires] no pesticides or fertilizers.” 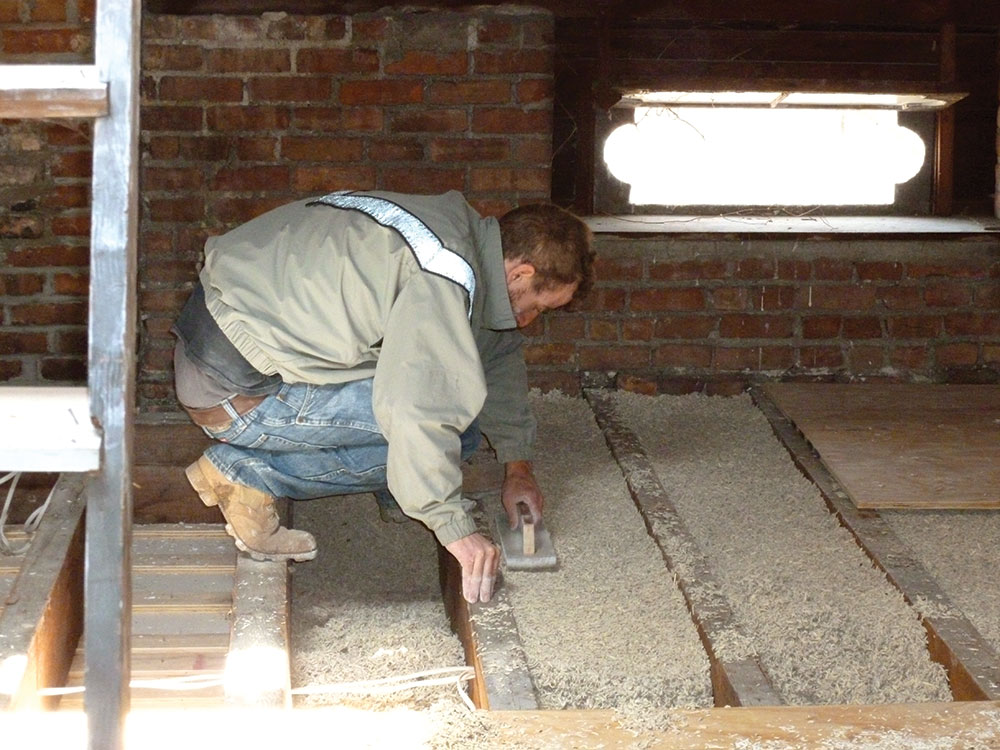 Hemp has a multitude of other potential applications. “It’s the strongest fiber of any plant material. Anything that is made out of plastic can be made out of hemp,” says Cody. Hemp is already being used in clothing, manufactured goods, and even cars (BMW’s i3’s door panels contain a hemp polymer to save weight). Because hemp absorbs carbon during its life cycle, offsetting transportation-produced pollution through its cultivation would actually make many hemp products carbon negative.

Cody believes hemp could become New York State’s new cash crop, which would be a boon to local farmers. As marijuana becomes decriminalized and even legalized in the U.S., both she and Savage are hopeful that local hemp production is not far off. In January, New York State opened its first eight legal medical marijuana dispensaries, a sure step toward legalization. In anticipation, Green Built LLC has several projects in the works to promote the use of hempcrete in construction. 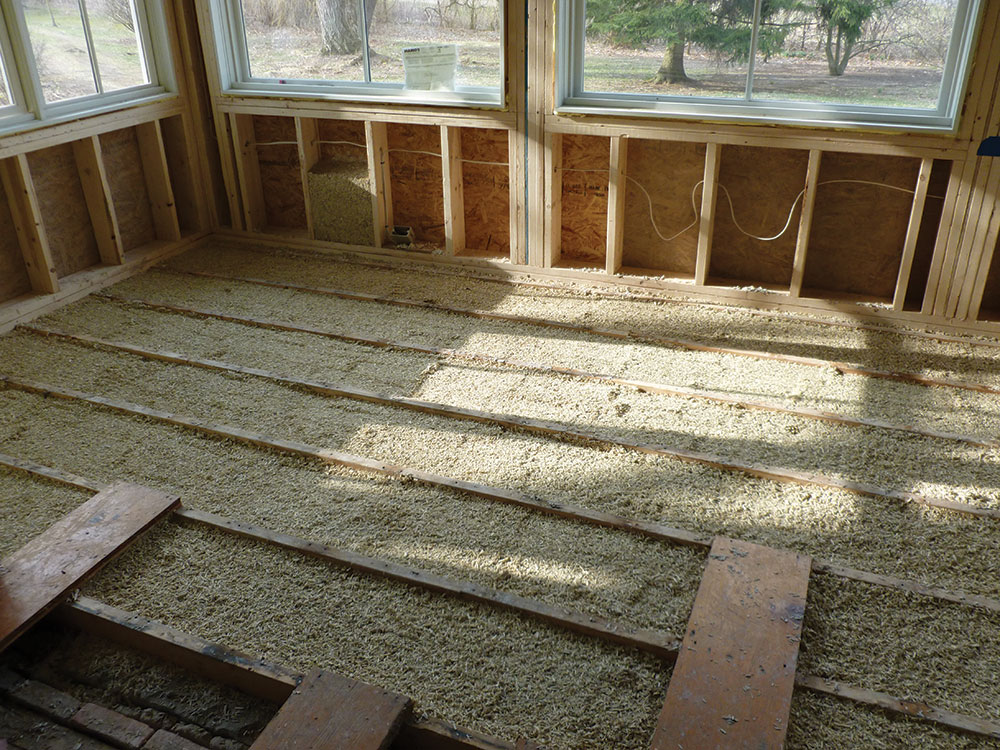 This spring, Savage plans to construct a 400-square-foot, passive-energy tiny house utilizing hempcrete to serve as a prototype for future production of modular hempcrete stand-alone structures and home additions. He’s also designing structural insulated panels (SIPs) using hempcrete to replace traditional materials. “By using homegrown materials that are grown by neighbors rather than mined out of the ground,” says Savage, “we can build homes that are nontoxic and carbon sequestering, provide comfort, and are resilient.”