Homing in on a definitive design vernacular for the Hudson Valley is a near-impossible feat. Buildings here range from pastoral perfection (a la 17th-century Dutch barns) to elegance incarnate (hello, 19th-century village Victorians) to boundary-pushing Modernist meccas (like architect Adam Dayem’s Sleeve House in Taghkanic). But whether your aesthetic is classic or contemporary, there is something for you amidst these rolling hills and riverfront towns. And who better to spot the true gems than architects themselves? We asked five professionals who have designed buildings in the Hudson Valley to pick their favorites. Here’s what they said.

Rick Alfandre’s focus on “lasting beauty” led him into the sustainability space, where he designs and builds high-performance, environmentally harmonious, and healthy designs in the commercial, industrial, and residential spheres. He designed the LEED Platinum-certified building at 231 Main Street, New Paltz (where his and other offices are located), as well as Emerson Resort & Spa in Mount Tremper. One of Alfandre’s favorite buildings in the Hudson Valley is the Student Union Glass Atrium at his alma mater, SUNY New Paltz, designed by Ikon5. “Originally, I thought the design of the addition to the Student Union was too reminiscent of I. M. Pei’s addition to the Louvre,” he says. “However, the contrast between the 2010 glass building and the adjacent brutalist student union and administration buildings really is enjoyable. The amount of glass feels outside of my design comfort zone or sensibilities. As such, it continues to challenge my thinking about architecture. The building has become iconic.” When asked what building he wished he’d gotten to design, Alfandre points to the SUNY New Paltz Engineering Innovation Hub, which was designed by New York City-based Urbahn Architects and opened in September 2019. “This would have been a great project to work on,” he says. “It is a wonderful addition to the higher education resources in the Hudson Valley.” 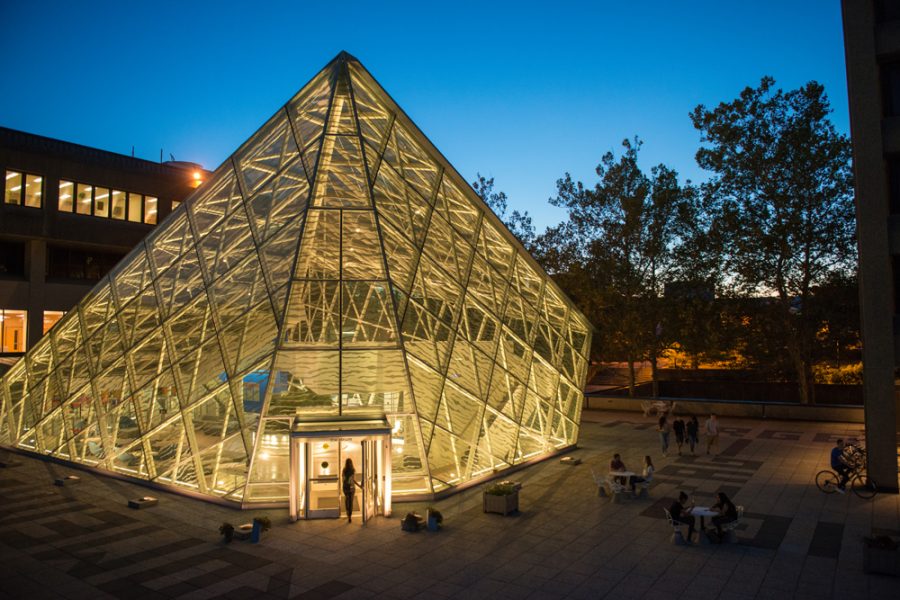 Atrium at the Student Union Building at SUNY New Paltz

Steven Kratchman is drawn to a challenge. Using the source of complexity in a project as its departure point, Kratchman and his firm take a problem-solving approach, whether working on conversions, historic and landmark properties, renovations to occupied buildings, or vertical additions that integrate new structures with old. One of the buildings Kratchman admires in the region is the private home renovation and enlargement in Garrison called the Hudson Highlands residence. “The source of my intrigue is the confluence of professional and personal roots tangled into one structure,” Kratchman says. “Overlooking the Hudson, it is an original farmhouse designed by James Gamble Rogers, a noted Beaux Arts-era architect from approximately 100 years ago. More recently, the farmhouse was reimagined and enlarged by COOKFOX Architects. Before starting my own office over 20 years ago, I trained and learned at two different and well-known firms headquartered in New York City: one included James Gamble Rogers III, the grandson of the noted architect, and the other had Bob Fox. These two firms, Butler Rogers Baskett and Fox & Fowle, had two architectural traditions. This Garrison property also has two visions knitted into one structure making a third, newer vision. The intrigue is a metaphor for my personal career.” Though his firm has primarily focused on residential projects in the Hudson Valley, including over a dozen projects slated for Croton-on-Hudson, where Kratchman lives, he is hoping to move into the commercial space Upstate. In the future, he has his sights set on projects like renovating the Bear Mountain Bridge toll building, converting abandoned train stations into commercial restaurant buildings, and master planning and building out transit-oriented development on the Hudson Line from Croton-on-Hudson north. 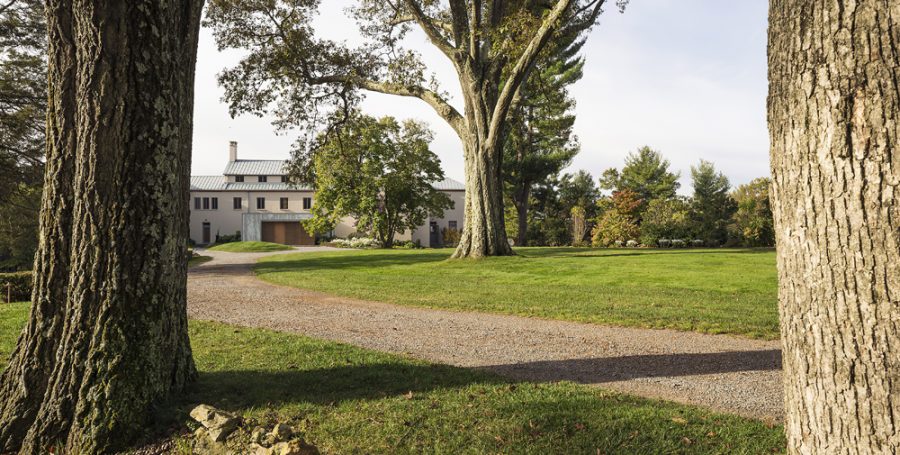 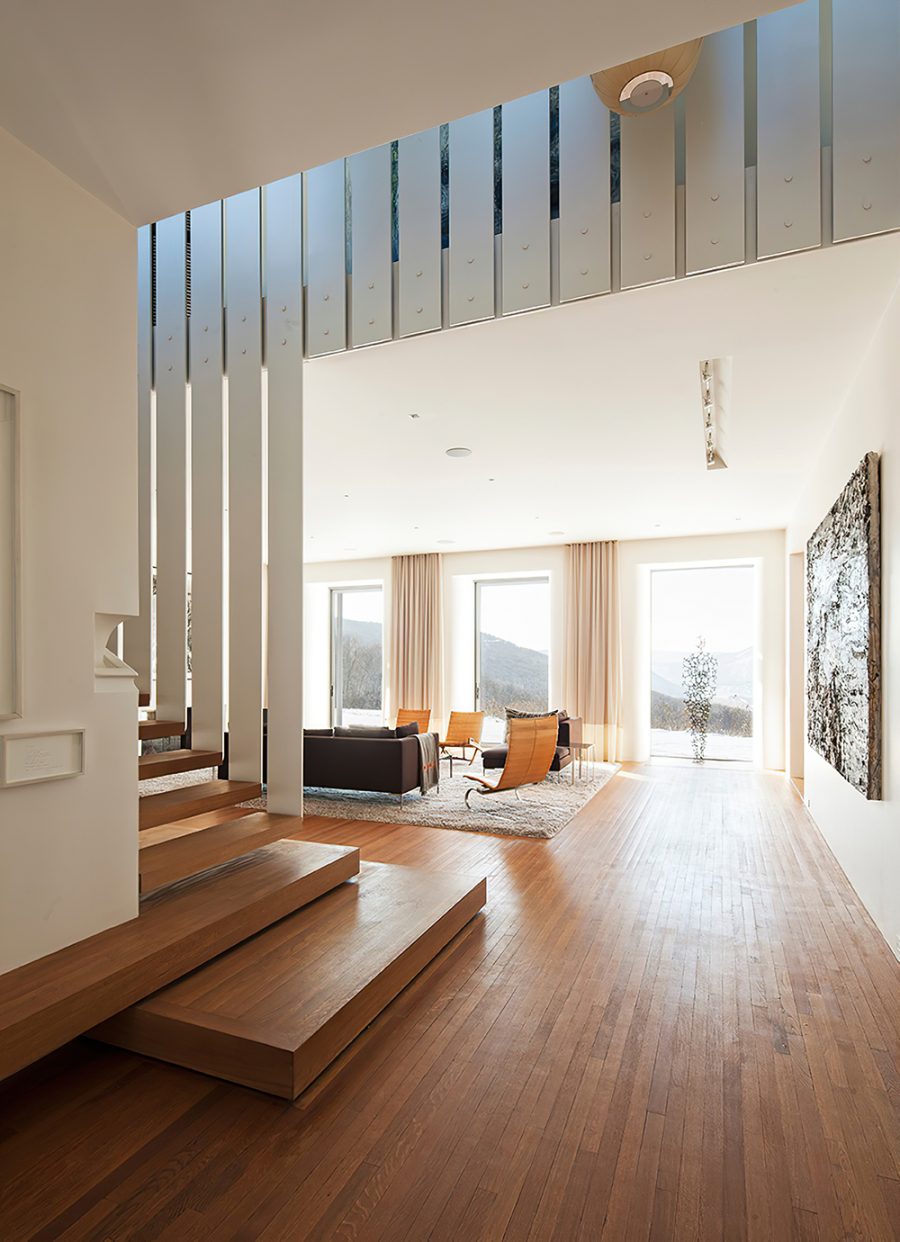 Pliskin Architecture takes a contemporary spin on classic design, whether designing a modern farmhouse from the ground up or bringing fresh life into a vintage structure. So, it’s no surprise that principal Barak Pliskin picked the Poughkeepsie Underwear Factory as his favorite Hudson Valley building. The adaptive reuse project, managed by Coppola Associates, reimagined a 19th-century industrial building as a multiuse live/work hub, which is home to, among others, youth education arts nonprofit The Art Effect. “It presents an ambitious vision for what a post-industrial Hudson Valley can look like,” Pliskin says. “Between the vibrant incubator for companies and creators, the new residences, and the expansive sustainable initiatives, the project has been a good ambassador for a potential next chapter for the Hudson Valley. The balance of historic preservation and present-day programming has made the project both relevant to the history of the Hudson Valley, and a viable venture for years to come—a valuable precedent as we examine other adaptive reuse projects.” 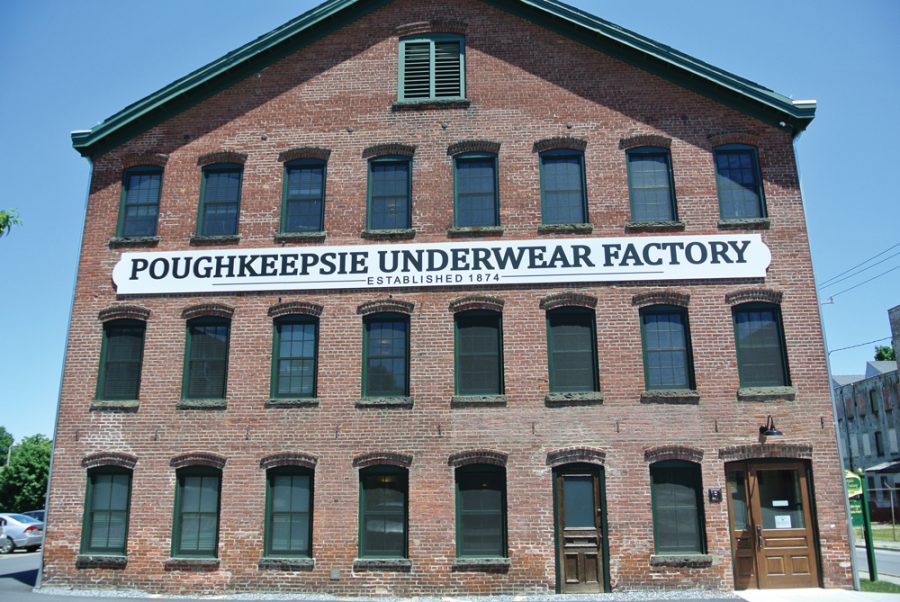 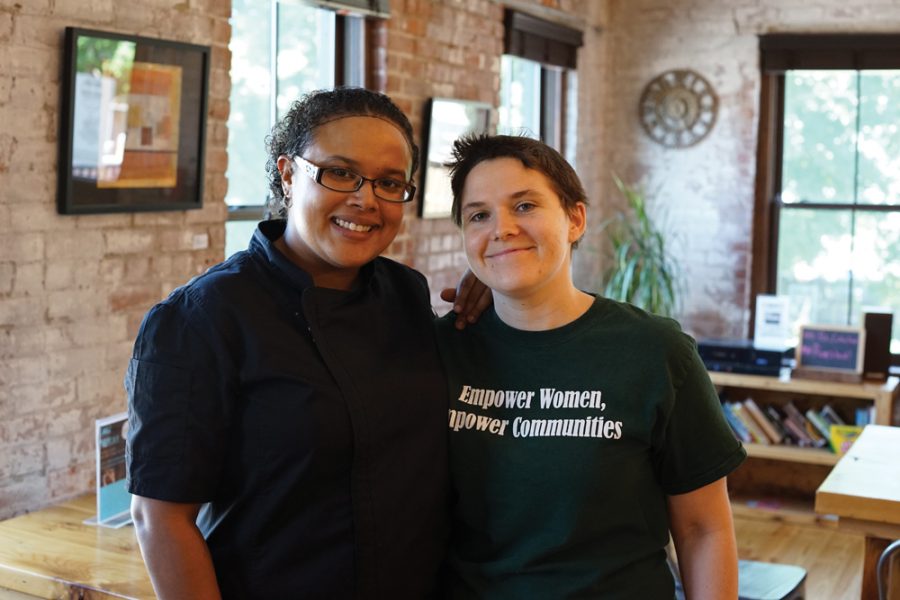 Founded by Joshua Pulver in 2004, A+C embraces clean, modern design with good detailing and interesting materials. A+C has worked on several residential projects in the region that you can glimpse, including the side of a recently completed home in Woodstock at the top of Cannon Circle. Two works-in-progress that you can peep in Rhinebeck are a home on Hilee Road and another on Platt Avenue. When asked what building in the Hudson Valley he admires, Pulver admits that “most of the good modern homes and best design in my opinion are tucked away.” But for public-facing options, his picks are Steven Holl’s own home and T Space, both in Rhinebeck. “I find [Holl’s] work and use of material very original, lyrical, and holding a consistent thread of investigation over time,” Pulver says. The lesson? “Experimentation is okay!” As far as a building he wishes he’d designed, he cheekily responds, “Olana, but that would require a time machine.” 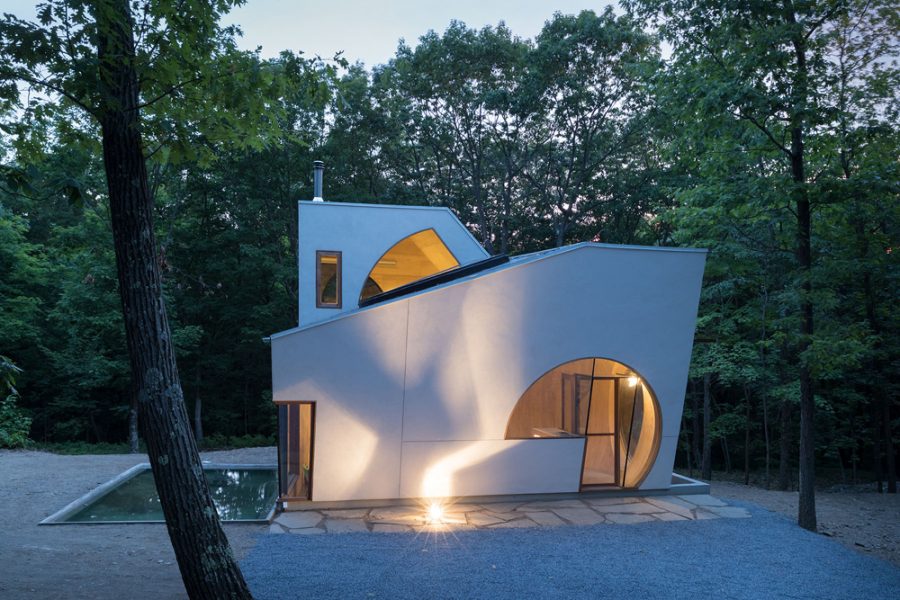 Jeff Wilkinson’s firm specializes in high-end residential design with an emphasis on placemaking and restoration, including historic masonry renovation. Integrating sustainable design and techniques like timber-frame construction, Wilkinson aims to reduce waste, salvage vintage materials, and showcase area artisans and craftspeople through his work. You can see examples of his design at Dolly’s at Garrison Landing, Mama Roux in Newburgh, and the Beacon Institute. For an architectural education, Wilkinson recommends touring Newburgh’s East End for some “extant gems,” including buildings by Calvert Vaux, Frederick Withers, and Andrew Jackson Downing—plus Downing Park, designed by Frederick Law Olmsted. Wilkinson’s absolute favorites, in the Newburgh hamlet of Balmville, are the c.1915 Tudor house at 33 Commonwealth Avenue by Hobart Upjohn and the c.1856 home by Frederick Withers at 469 River Road. He wishes he had gotten the commission for the kayak pavilion at Beacon’s Long Dock, but he thinks the final product is “terrific” and “best viewed from the river.” 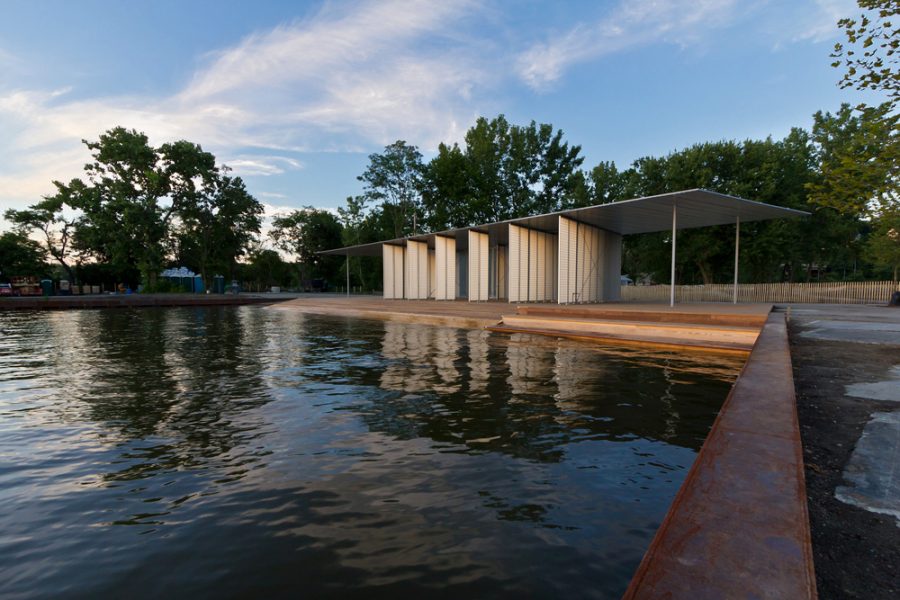 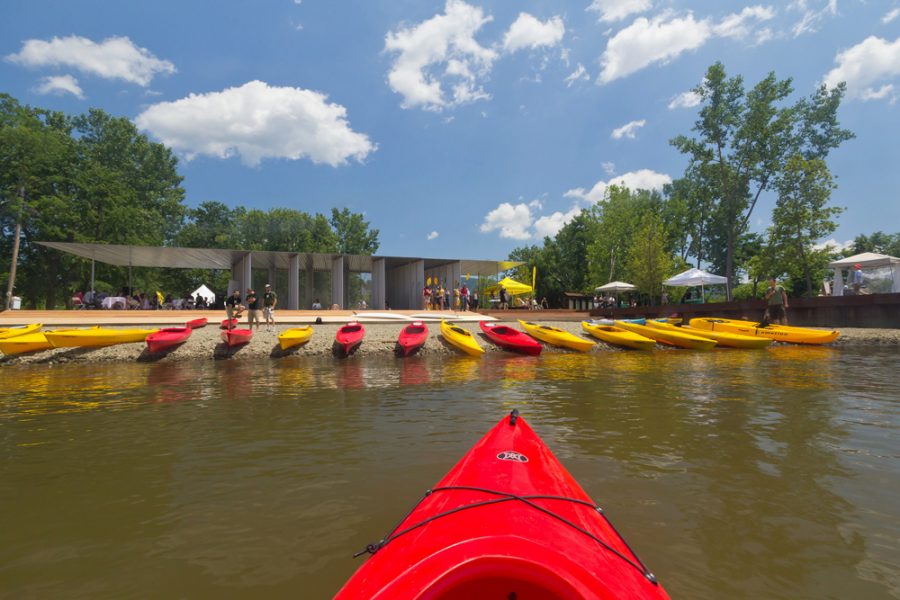