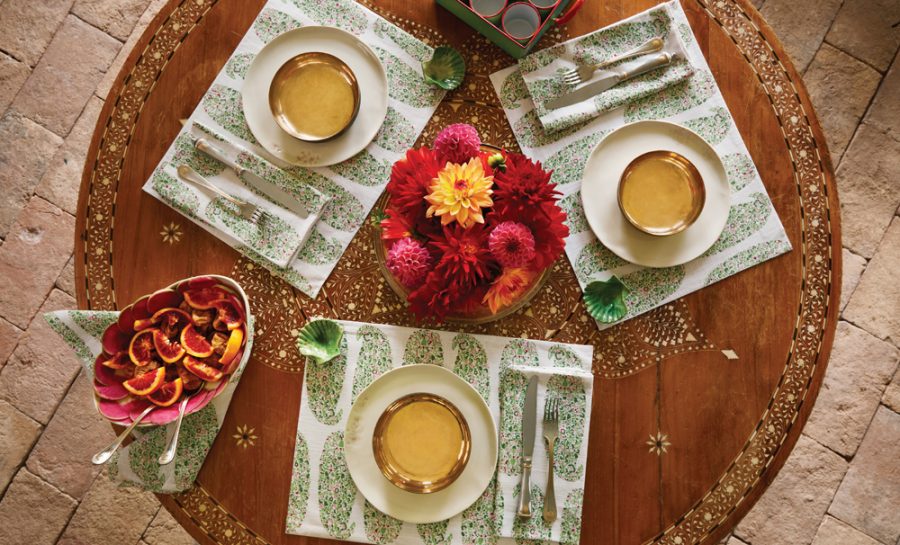 When John Robshaw was a student at Pratt, one of his professors sent him to India to “smuggle” back sequin gowns from Mumbai. That was his introduction to the world of Indian textiles, but it wasn’t the glittery stuff that kept him going back. Robshaw fell in love with the country’s block printing traditions.

With his fine arts degree in hand, he attempted to make a living as a painter, all the while collecting textiles. Though Robshaw’s paintings may have had great artistic merit, it was the textiles he’d been amassing that really wowed design professionals. Eventually, the fine arts gave way to travels abroad and serious immersion into the art and craft of block printing. Robshaw studied and worked alongside local artisans in Central and Southeast Asia, honing his skills and blending his painterly eye with an age-old tradition.

Now a leading textile designer, Robshaw’s signature style is woven into an ever-changing collection of home goods. Recently, he moved his showroom, bringing the color, texture, and techniques of the Southeast Asian decorative arts to Falls Village, Connecticut. The John Robshaw Shop is housed in a traditional farmhouse at the crossroads of Routes 7 and 126. Inside, you’re transported into a universe of swirly prints, paisleys, medallions, and other rhythmic patterns; bedding and tabletop textiles with hand-stitched edging and embroidery; vintage treasures; and antique and upholstered furniture that put you in another world. If you like color and texture—and value craftsmanship—this is your nirvana. 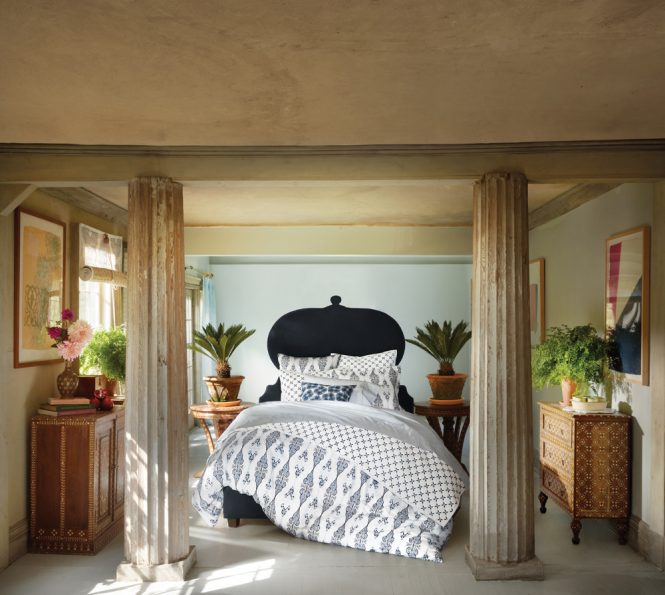 Robshaw’s had a home in nearby Sharon for a dozen years, and considered moving his showroom up from New York for a while. Not only would letting go of his city real estate save a chunk of change, it would relocate his space to a designer-focused neighborhood populated by Bunny Williams (her shop, 100 Main, is also in Falls Village); Cora Ginsburg LLC, an antique costume and textile dealer in Sharon; and, famed West Cornwall-based antiques dealer and garden designer Michael Trapp (among others in the design field).

When Robshaw learned that Trapp’s New England farmhouse was for sale, he saw his opportunity. While he had to make some adjustments, the space’s very non-New England interior, with the whitewashed columns and arched doorways established by Trapp, is a fitting echo of the aesthetics from which Robshaw’s products emanate. The property also includes a barn where Rachel Robshaw, a photographer and the designer’s wife, conducts her photo shoots. 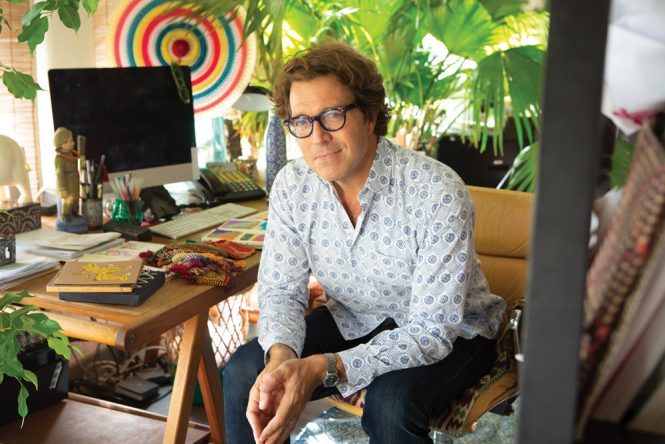 Despite not traveling to India since the start of the pandemic, Robshaw has continued to put out twice-yearly collections. He designs the prints in New York, then sends them to Jaipur, where block makers carve the patterns into hardwood and the hand printing ensues. The magnitude of the labor intensity and craftsmanship is hard to fathom, but the evidence of it is piled high on shelves and tables in the warren of rooms in Falls Village.

There are nubby, handstitched quilts, throws and sheeting, woven pillows, tabletop items, rugs, curtains, and wallpaper. Robes and pajamas sport playful elephant and palace prints. Elephants, in fact, are a common theme, making appearances in the decorative pillows handpainted by artisans in Jaipur, some of which, Robshaw says, take days to complete. A wall sprinkled with turbans pre-tied with Robshaw’s prints form a whimsical constellation above one of the show beds, proving there’s nothing you can’t decorate with a bit of handblocked cloth. 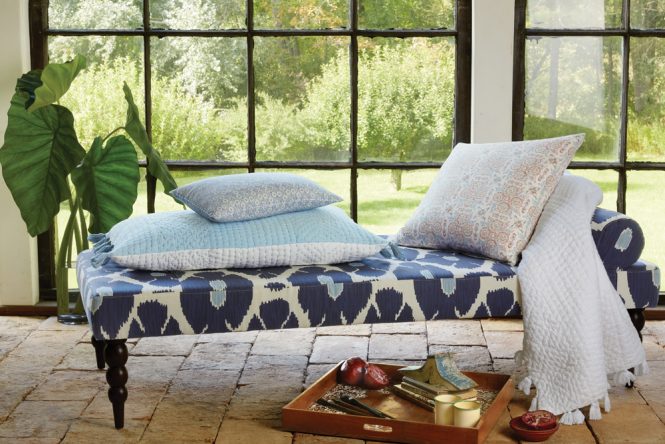 Robshaw’s furniture—daybeds, a swivel chair, ottomans, room screens, and other silhouettes—can be customized with any of his fabrics. He also imports antique cabinets, teak with bone inlay he’s found in New Delhi, and embellishes an already magical environment with vintage trea- sures collected hither and yon.

Admitting that he is a pattern and color junkie, the prolific Robshaw’s output is vibrant and exotic, inviting and homey. If you haven’t wanted to make your own journey to India prior your introduction to Robshaw’s textiles, you will now. Until then, a trip to the John Robshaw Shop in Falls Village will more than suffice. 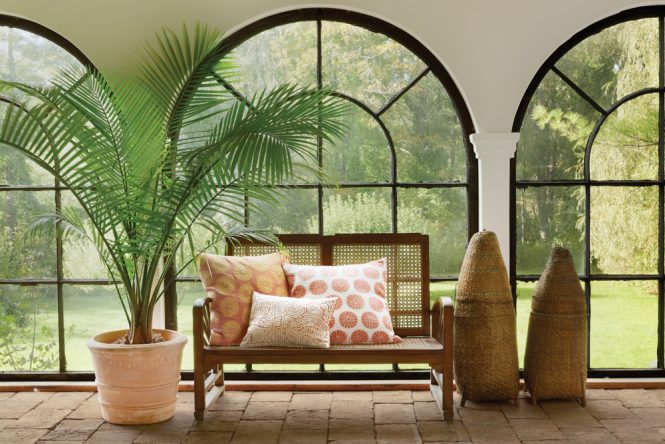