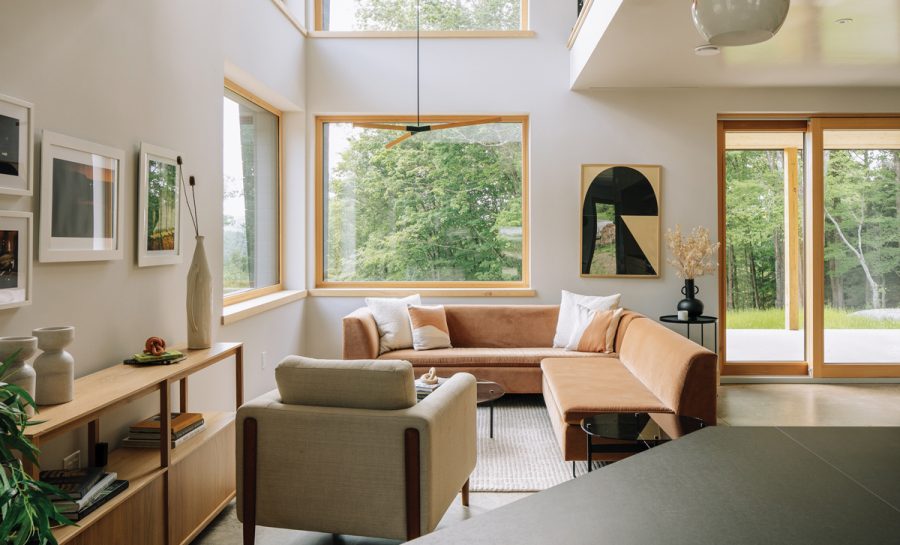 The Sullivan County Catskills has always been a beloved vacation spot for those looking to connect to nature, thanks to its fresh mountain air, bracing streams, and reputation for healthy living. For those who want to bring that ethos into their everyday lives, The Catskill Project, a plan for 11 homes on 90 bucolic acres in Livingston Manor, offers sustainability-minded homeowners the opportunity to reside in the first carbon-neutral community in the region.

“The homes’ carbon neutrality integrates the project into a larger regional and, ultimately, global movement,” says Buck Moorhead, AIA, a certified Passive House designer and the principal architect for The Catskill Project. “We consider this a real step forward for mitigating climate change. We’re working with the environment, not against it.” 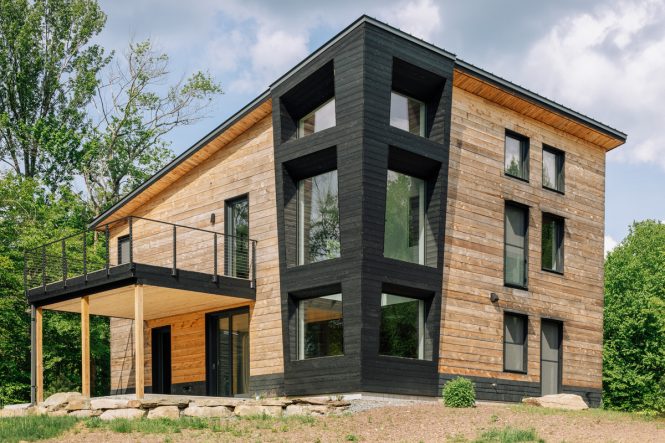 The Catskill Project is a proud partner in NYSERDA’s Building Better Homes—Emissions Free and Healthier Communities program, which, in conjunction with the New York State Home Builders Association and the Asthma and Allergy Foundation of America, is investing more than $30 million to decarbonize new single-family-home construction.

Crucial to the community’s goals, says Moorhead, has been identifying and reducing the energy consumed and emissions produced during both the construction and everyday use of the homes. “Since project conception in 2019, we’ve recognized the importance of factoring in embodied carbon, which is the energy used leading up to and during construction,” says Moorhead. Conserving resources from the building sites has been one key to reducing that equation. “Existing ash and maple trees, salvaged during site preparation, are milled locally and reused as flooring and ceiling features, in the homes themselves,” he says. 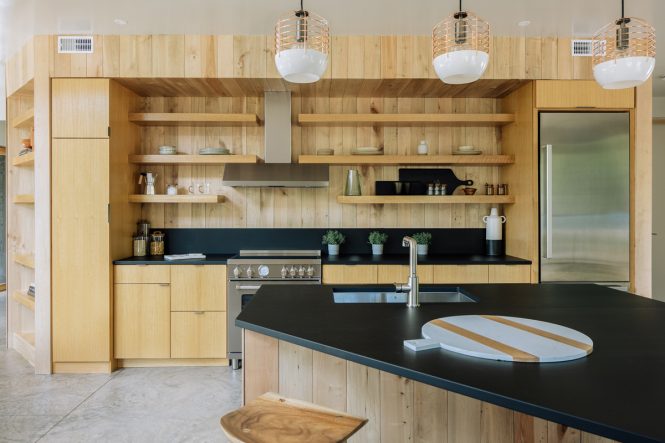 To help homeowners achieve net-zero energy use in their day-to-day, the homes will be powered by the sun, via solar arrays and community solar subscriptions. The homes’ Passive House features, such as triple-glazed windows, airtight construction, and dense-pack cellulose insulation, further minimize energy consumption. “Passive House construction optimizes the building envelope. It’s very resilient, extremely comfortable, and draft-free,” says Moorhead. “This is especially important in times of extreme cold or heat.”

As anyone who has spent time in Sullivan County can attest, homes can lose power during periods of intense weather. With an electric heating system, that could be especially dangerous in the winter. So Moorhead and his team ran a test. “We wanted to know what would happen if the power went out, so we shut off the heat to the model home for a full week last January,” he says. “The outside temperature went down to minus-10 degrees. The house’s interior temperature started at 68, and never went below 50 for that entire week.” 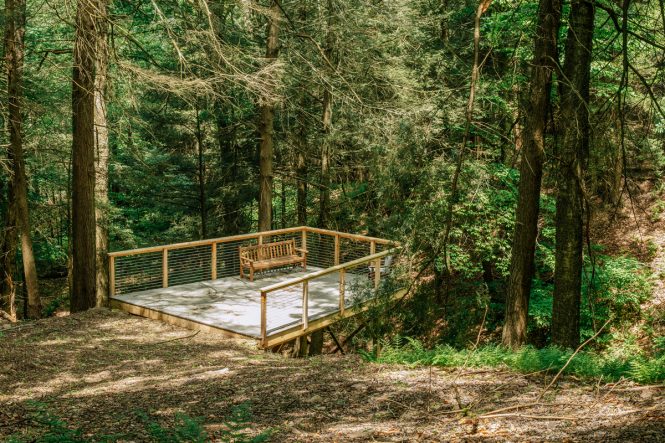 While the homes’ design and construction hold to some of the highest standards of energy conservation, their aesthetics are also warm, inviting, and blend the natural lighting and ambiance of the outdoors within. 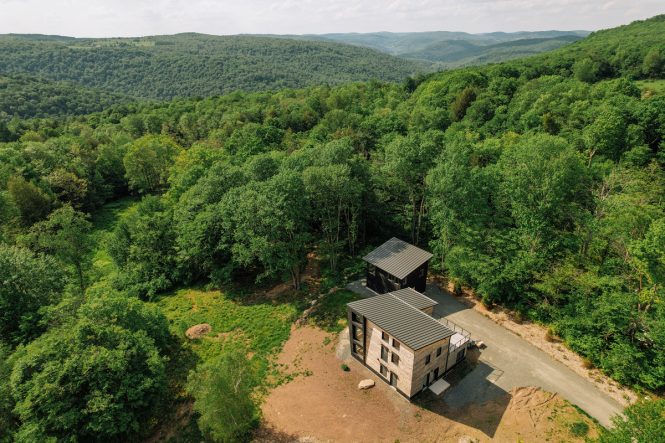 In addition to the community’s proximity to an array of towns and cultural attractions, homes will share 40 acres of preserved woodland with hiking trails, ponds, waterfalls, streams, and a viewing deck.

Exclusive sales and marketing of The Catskill Project is by Brown Harris Stevens Development Marketing. Homes range from two-bedroom, two-bath, up to three-bedroom, three-and-a-half baths. Prices range from $1.3 to $2 million depending on the option and upgrade package, with every home treated similarly in respect to energy efficiency and carbon neutrality.