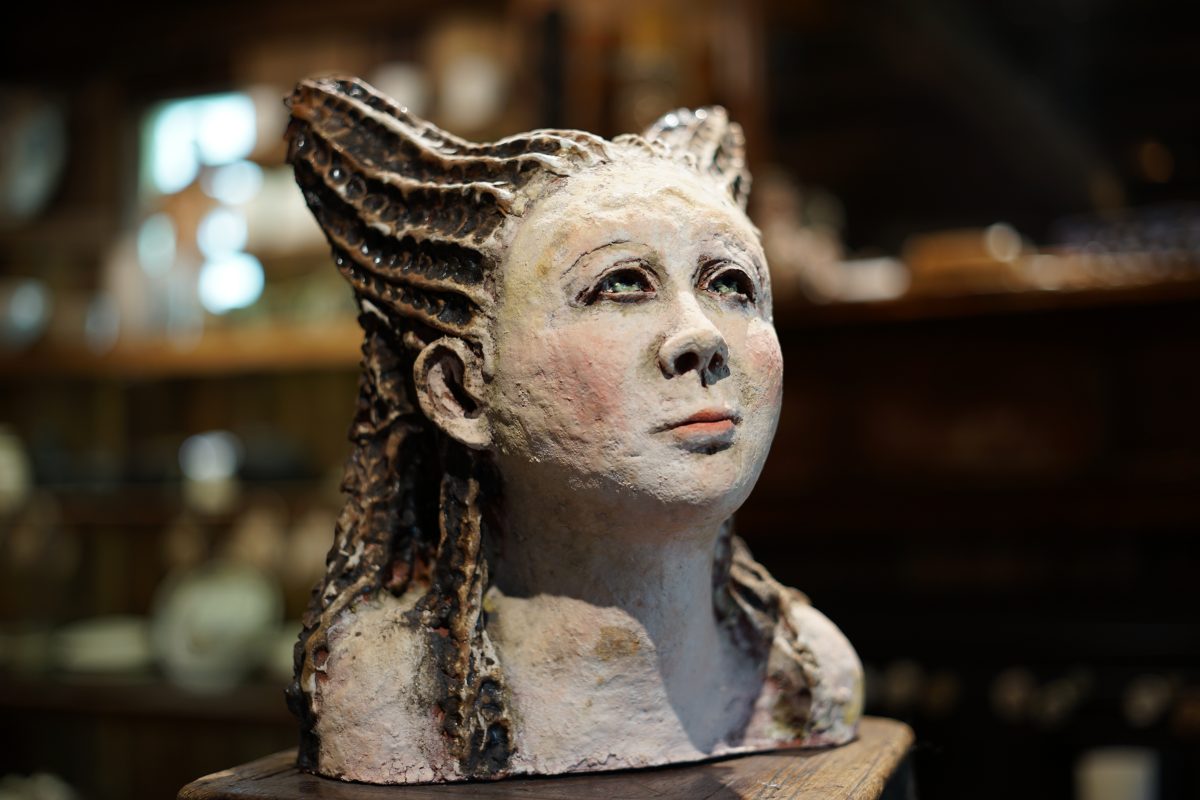 Proximity to Major City: New York City is 60 miles to the southeast; Albany is 111 miles north.

Transportation: The Harriman Metro-North station is 12 miles away; during rush hour it’s about an hour and 15 minutes to Grand Central. The nearest airport is Stewart International Airport, 19 miles north in Newburgh. The New York State Thruway is 12 miles east of town.

Your first clue as to why Sugar Loaf is often compared to the fictional, timeless village of Brigadoon is that your GPS search will probably come up with nothing, as if the place doesn’t even exist. A frantic bit of Googling advises plugging “1371 Kings Highway, Chester” into your GPS instead, as the village of Sugar Loaf lies within the limits of the Orange County town of Chester. But keep your eyes off your GPS screen as you approach, or you’ll still miss Sugar Loaf altogether. From its postage-stamp-sized post office on one end of the village to its impressive performing arts center on the other, you can drive from one end of Sugar Loaf to the other in the time it takes to thread a needle.

Obviously, the cross-village trip took a bit longer in the 1740s when craftspeople founded the village of Sugar Loaf just off King’s Highway (County Road 13) in order to sell their wares to travelers on horseback on their way to New Jersey. But aside from the speed limit, not a whole lot has changed. The village still consists of craftspeople and artisans living and working in many of the same roadside studios and workshops that stood in pre-Revolutionary War times. Sugar Loaf’s biggest nod to modernity is still about 40 years behind schedule: Peaceful 1970s hippie vibes permeate the town, lowering the blood pressure of anyone who visits there. 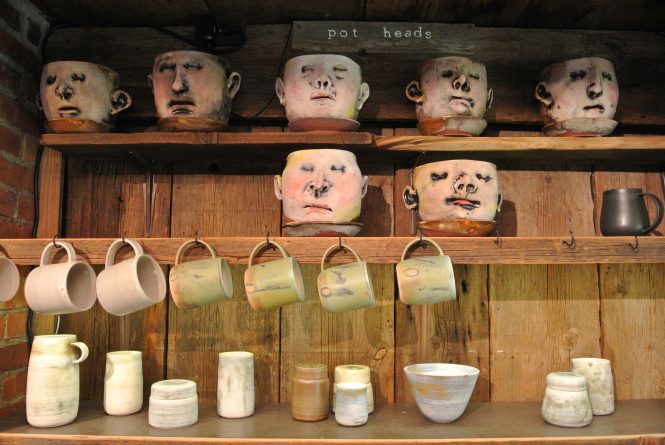 For this writer, stopping into the Candle Shop one morning was like walking into a monastery: The air was silent save for the tranquil sounds of Peter Lendved, who was patiently making his hand-dipped, dripless candles the same way he has for almost 50 years. Speaking seemed sacrilegious, so I simply stood there and watched him work, meanwhile feeling my breathing get slower and slower. Finally, Lendved turned around and looked at me. “I usually greet people as soon as they come in,” he told me, “but you had such an air of stillness and calm about you that I thought it would be best to honor that stillness.” It was an extraordinarily touching moment, and yet I couldn’t help but wonder: Was he doing a bit?

No, it definitely was not a bit. Just ask Melissa Somma, of Lightclub Curiosity Shoppe, or Kat Parrella, of Merrily Paper Boutique. Both women became enchanted with the village before they even learned to drive, moved there to follow their artisanal dreams, and say they love Sugar Loaf even more now than they did when they were younger. “You come here, and it’s got that magical quality to it, like you’re walking into another world,” says Somma, who is 46. “And I always figured that if you live here all the time, that feeling goes away. But it doesn’t. I’ll sit out on the front porch at night because I know that Peter across the street will be making the candles and that smell will just waft across to me.”

“That smell means home to me,” says Parrella, who has lived in the village since 1970 and opened Merrily in 2015. “My mother would burn those candles in her house; I first bought Pete’s candles when I was eight, and I still only burn Pete’s candles.” 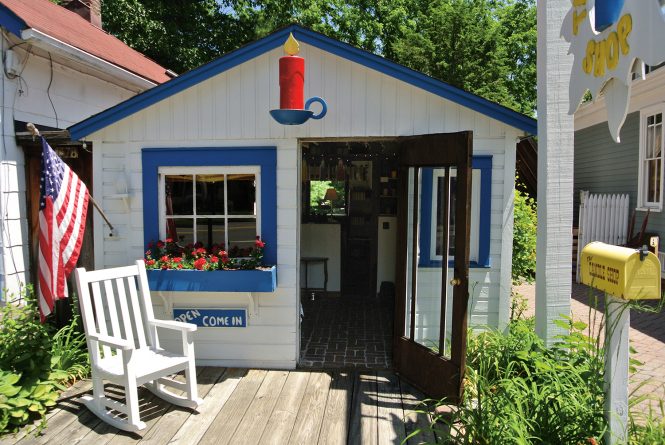 That’s Sugar Loaf in a nutshell: In a village whose economy is driven by tourists shopping on its main drag of Kings Highway or along its handful of charming side streets, there is no competition between artisans, only mutual admiration. Shop owners speak wistfully of the village’s outdoor summer concerts and fall festival, of popping over into each other’s backyards on cool nights when someone gets a blaze burning in a fire pit, of walking out their front door at night with no plans and stumbling upon a gallery opening or poetry reading, of finding a community of like-minded souls.

“We have our characters,” says Parella. “But they’re all good characters.” 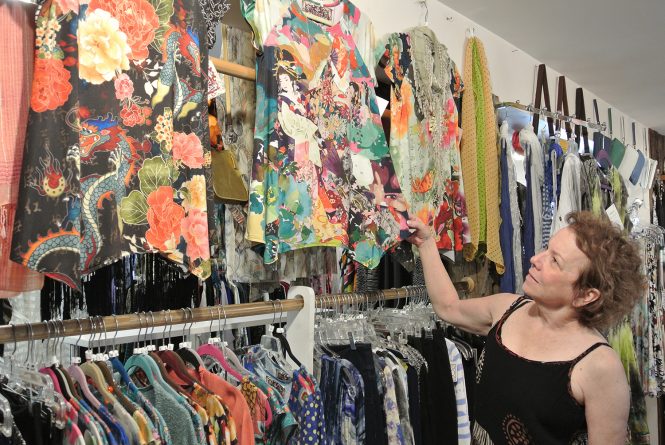 Beth Duke, owner of My Sister’s Closet, an upscale consignment shop, shows off some recent arrivals.

Somma was surprised to find how affordable it was to move into one of Sugar Loaf’s shops, and the market bears her out. A one-bedroom, 1.5-bath, rustic 100-year-old cottage right on King’s Highway that functions as a live/work/retail space with its own backyard currently goes for $175,000. But if you just want to be able to walk to the magic without actually opening up your own shop, the village has a wide range of options for such miniscule square mileage. Three-bedroom, three-bathroom townhomes range between $260,000 and $280,000. Standalone homes with at least three bedrooms and three bathrooms on Creamery Pond Road, right alongside the namesake pond, range from $300,000 to $445,000.