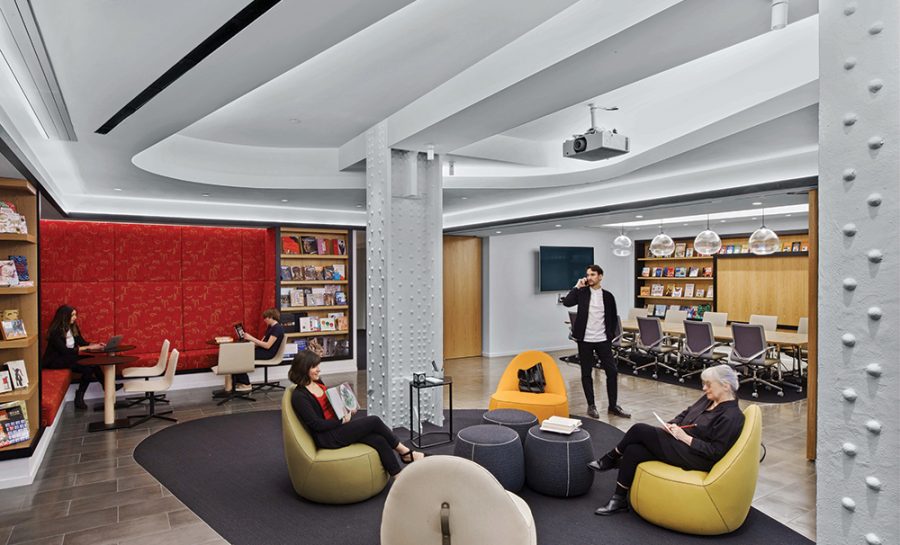 The Abrams Books headquarters in Manhattan is an open-plan work environment with several private working rooms, reading nooks, a library, and more than 600 linear feet of shelving. Photo by Eric Laignel, courtesy Spacesmith.

In 2005, Manhattan-based architect Jane Smith, principal of Spacesmith, started taking frequent drives upstate, visiting friends. She didn’t know it yet, but she was beginning the journey from visitor to weekender to flextime commuter—and eventually to opening a second Spacesmith office in Hudson with the intention of helping to shape the region’s built environment with an eye on sustainability and social     justice.

“I spent a lot of time driving up there, falling in love with the eastern side of Columbia County,” says Smith, whose roots lead back to rural Wyoming. ”I was amazed at the changes happening in Hudson. When the recession hit, she opted to live most of the time in Hudson and take the train as needed, giving up her city apartment.

Becoming more than a weekender deepened Smith’s connection to her adopted community. She served on the Historic Preservation Commission for two years and worked with the Olana State Historic Site’s landscape commissioner to curate “Follies, Function & Form: Imagining Olana’s Summer House,” an exhibit for which 21 architects and landscape architects were invited to imagine and sketch the summer house that was identified by its builder, the painter Frederic Church, on the master plan for Olana, but which he never designed or realized. 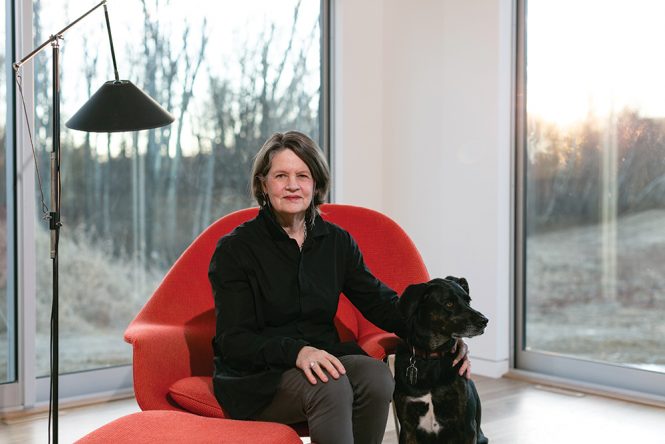 Jane Smith at her Hudson office.

Spacesmith’s portfolio includes the Brooklyn Brewery expansion at the Brooklyn Navy Yards, a Saddle River headquarters for webcam tech leader EarthCam; the Hermès Parfumerie in Manhattan; the United Nations’ Office of Project Services; and Part of the Solution, a homeless shelter and soup kitchen in the Bronx.

The Hudson office, at 551 Warren Street, opened in 2017. There are two dedicated staff members (“plus me when I’m up here,” says Smith), with space for six, and everything is technologically integrated to operate with the Manhattan home base (where a team of 25 serves a stable customer base across the corporate, municipal, and nonprofit sectors) to facilitate collaboration on Hudson Valley and Capitol District projects. Thus far, those projects include a design for a senior center, another for Albany’s Corning Tower, and several homes. Spacesmith architect Wendy Wisburn collaborated with the Omega Institute and the Citizens Climate Lobby to present “Drawdown Learn: Teaching a Solutions-Based Approach to Climate Change,” an in-person and online “incubation event” presented by the Omega Institute and live-streamed from the Hudson Library last October.

Smith believes Hudson is a good business decision. “The Opportunity Zones program [a federally-funded initiative that seeks to encourage private investment in low-income census tracts] helps attract capital and investors,” she says. “I want to be part of building community-based spaces that serve the people who don’t go shopping on Warren Street. I really believe there are possibilities here to bring together all income strata, and good design can help facilitate that. As with every community, at every phase, we’re in a great place to be sustainable and green. But we need to be careful and make it work for everyone, or it isn’t sustainable. As sensitive as people are to change, it can be hard to get things done, but I love consensus building.”

Spacesmith’s track record of collaboration with the public sector includes a standing contract with the New York City Department of Design and Construction; the firm has designed libraries, the Staten Island Family Justice Center, and worksites for the New York Police Department. Spacesmith’s underlying philosophy—bringing best practices to bear on what end-users actually need—is the same whether the project is a public place, an “active design” office, or a branded retail space. 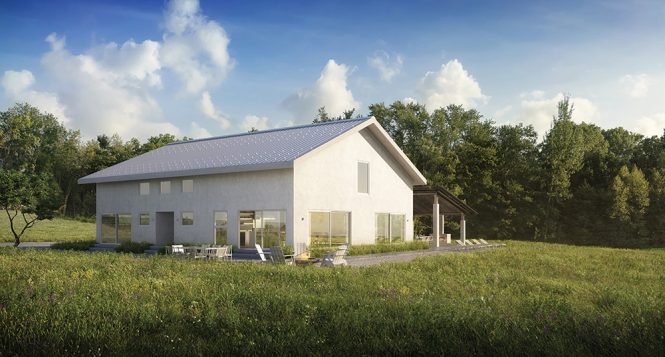 Jane Smith’s house near Hudson features white stucco cladding and standing-seam metal roofing in response to the farmland and as a nod to American Colonial architecture’s use of a central entryway and rooms branching off a main hallway. Photo: Spacesmith

“One key factor is universal access,” says Smith. “The old model of ADA [American Disabilities Act] access was to add a ramp; it might be added on out back by the loading dock. Universal access means everyone, of whatever ability, can enter together through the front entrance and feel dignity and a sense of ownership. Clients coming to a family justice center or food bank should feel safe, professional, and welcomed into a warm, inviting place.”

Spacesmith holds an interior design contract with the US State Department Bureau of Overseas Buildings Operations and has worked in Turkey, Mexico, Thailand, and other countries, but the elements that Smith and her team employ, whether for an embassy or a food bank, speak to all of the senses. “We incorporate volume—high ceilings, long vistas instead of rabbit warrens—and good light, both natural and added lighting that’s warm and conducive to relaxation and adjustable for various purposes and times of day,” she explains. “Detail should be simple, elegant, and beautiful, so it will stand the test of time. [We use] natural materials and textures that wear well, that people respond to, and LEED green materials that keep air quality good. We pay attention to acoustics and how sound travels, adapting with floor coverings or felted walls to keep clamor down and create comfort in places where people stand for a long time. Color is important—it can be under- or overused, the right amount adds interest without tiring you out. We consider every material on every surface, and the totality is  a joyful space that raises the spirit. It’s a matter of respect for humans, no matter what the purpose of the space.” 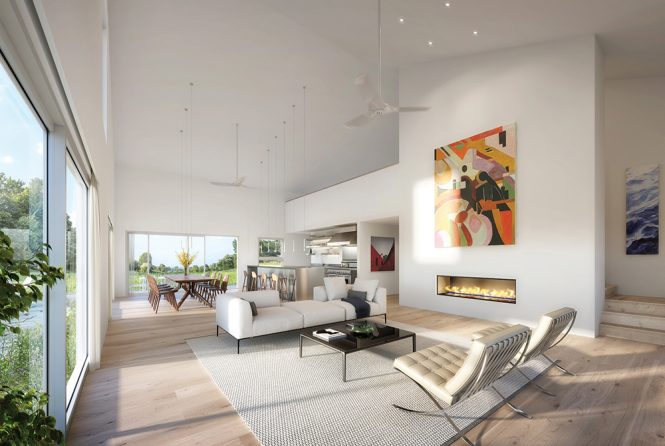 When Smith finally got around to building her own upstate house, on nine rural acres south of Hudson, context drove her design. “It’s a big rectangle that could be a barn or a farmhouse, but with a lot of surprises inside,” she says. “It’s very tight, but not LEED certified. We balance what we do with what the local trades are doing. As a creative artist, I love doing a beautiful home. But the most satisfying projects happen when we take the learning from one end of the spectrum and apply it to the other, creating public spaces for people who deserve dignity and really need it. I love doing that work. No matter what the project, if you don’t build with intent, bricks and mortar are just bricks and mortar.”