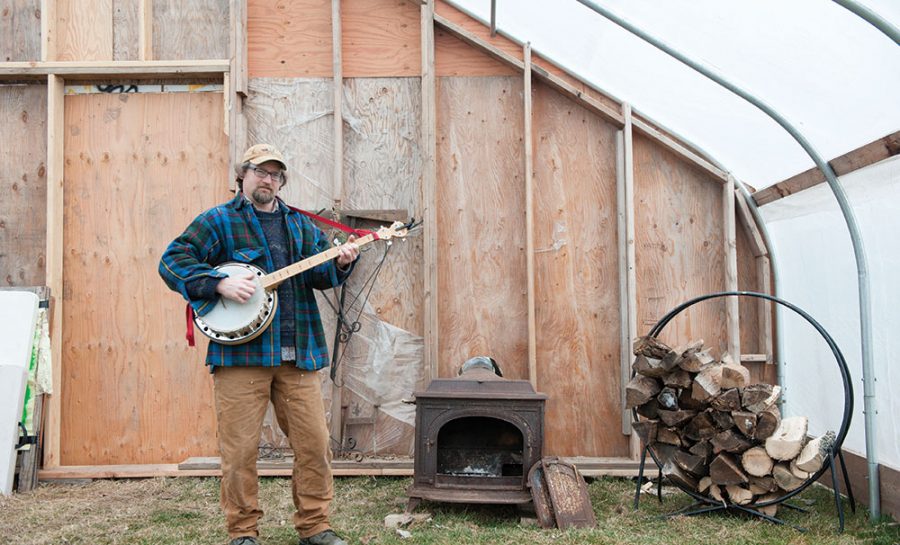 The Town of Ulster, with its main drag, Route 9W, lined with industry, retail, and big-box stores, is probably the last place you’d expect to find a working organic farm. But to Creek Iversen, farmer and director of the Seed Song Farm & Center, the location is all the better for having a commercial edge.

“We’re both an LLC, as a farm, and a 501(c)3 as a community center,” says Iversen. “A big part of the mission is to use the farmland as a commons, to bring in historically underserved groups and make sure the community has access to what we do.” With that purpose in mind, the newly formed 214-acre Esopus Agricultural Center—the former Chambers Farm, now occupied by four organic farms leasing land from Northeast Farm Access, LLC—makes an ideal location. 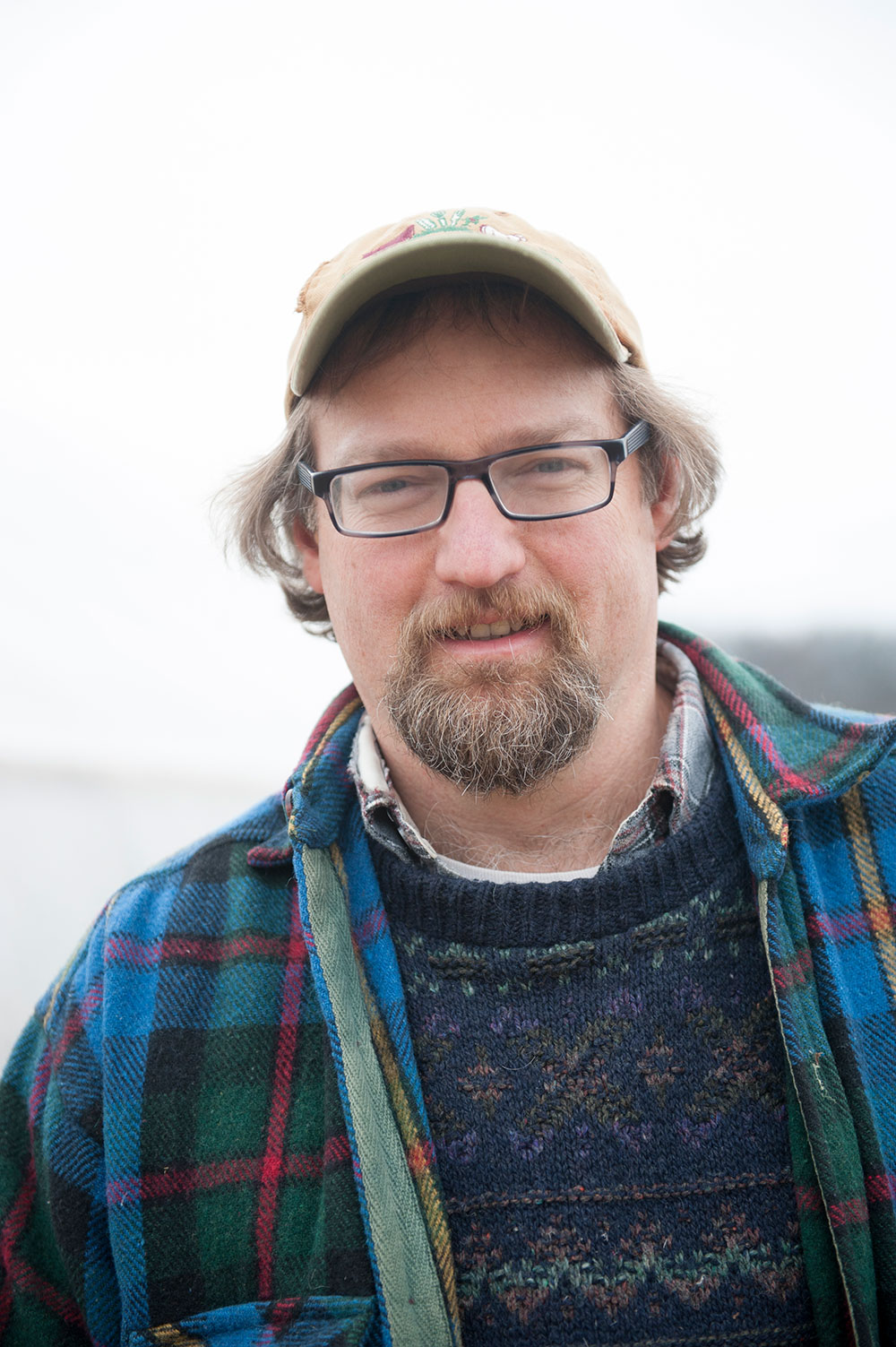 Iversen, born and raised in Otsego County, came to the Hudson Valley as a young man for a job with Hudson River Sloop Clearwater and worked as a naturalist and interpreter at the John Burroughs Sanctuary in West Park. When he decided 10 years ago to become an organic farmer, he found the road anything but smooth.

At Common Ground Farm in Beacon, he went from barter share member to intern to crew member to co-manager in three years, leaving when the board of directors opted to downsize farmed acreage and move away from the CSA model. Later, he managed Sylvester Manor Educational Farm on Shelter Island. He managed the not-for-profit Brook Farm Project in New Paltz until the property’s owner, the Open Space Institute, decided to shift direction and end the CSA’s tenancy. And finally, through 2014 and part of 2015, he worked to get Whirligig Farm up and running on the Hurley Flats—only to find his dream frustrated yet again when the landowner sold to another buyer.

Iversen’s struggles with land aren’t unique, but his level of determination stands out. Both the National Young Farmers Coalition and the US Department of Agriculture have identified rising land costs and competition with developers as barriers to young farmers getting started. A 2013 report from the USDA’s Economic Research Service estimated the price of farmland in the Northeast at $10,000 an acre.

He knew his ideas were sound. “The agro-ecological idea is beginning to take hold in communities around the country,” he says. “Cuba’s taken it to an art form: After the collapse of the Soviet Union, they had to redesign their agriculture to be self-supporting, and the way they have done it is organic, small-scale, and with a lot of public participation. If you have a good plan and the right scale, it works really well.” 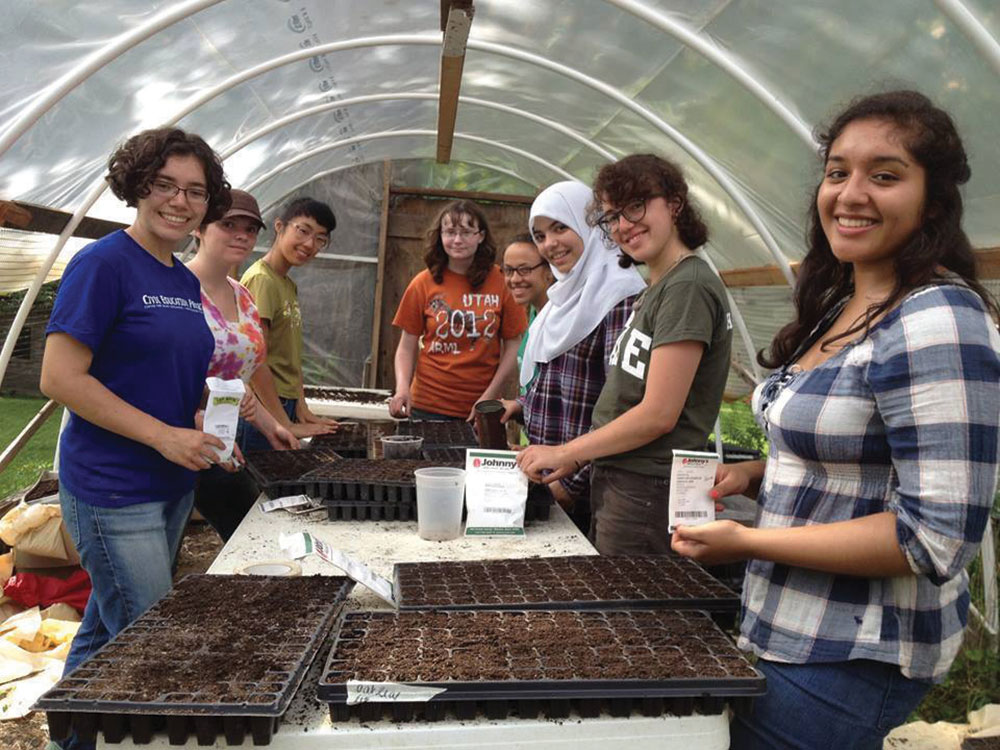 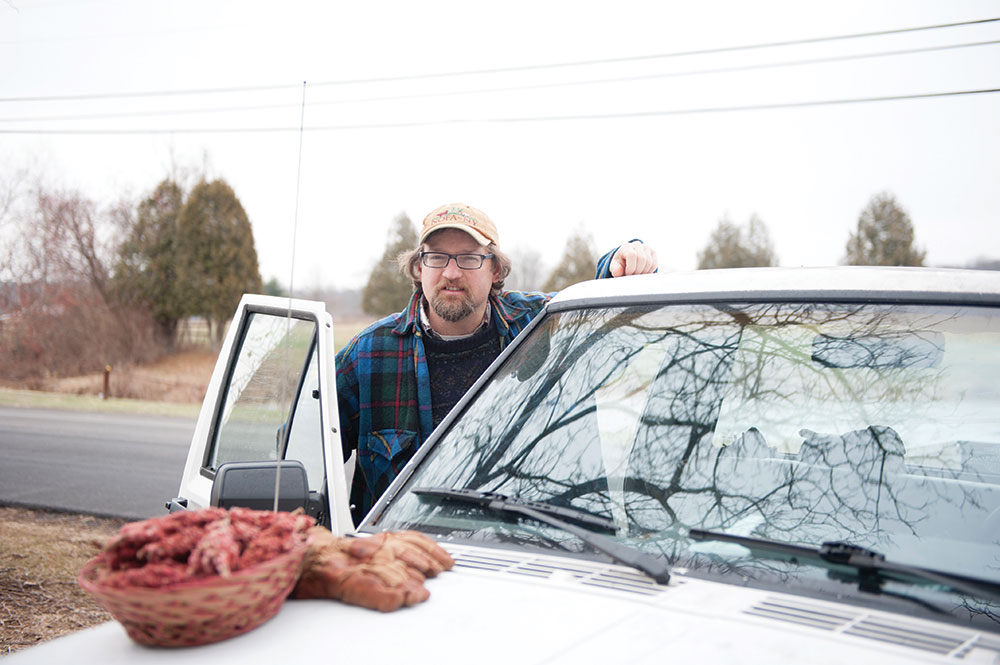 Then Iversen met Bob Bernstein, a community economic development professional with 40 years’ experience in land-use issues. In 2002, Bernstein, who lives on and tends a 100-acre biodynamic farm in New Hampshire with his family, founded the nonprofit Land for Good, focusing on farmland access, tenure, and transfer. In 2012, he founded Northeast Farm Access (originally New England Farm Access), a for-profit operation aimed at finding social investors to purchase farmland and lease it to farmers long term.

“We try hard to balance risk and benefit to farmers and investors,” says Bernstein. “What could be a better investment than organic farmland with water and experienced farmers, close to markets and near affordable housing? We look for opportunities to maximize community benefit, which is why we focus on towns on the edge of small cities.”

Bernstein says NEFA looks for “farmers with some experience, open to collaborating with others, who have a reason to stay in the geographic area—otherwise they’re unlikely to stick.”

Iversen would like nothing better than to stick. “It’s not simple to move a farming operation,” he observes. “Besides the fact that you need to build intimate knowledge of the land and a bond with the community, there’s a lot of equipment involved. We had to take down and move a 3,000-square-foot building. I’m hoping Ulster will be the last stop.”

Now, with a 30-year lease on 30 acres of a 214-acre property made up of prime fields, wetlands, and mature woods at the Esopus Agricultural Center, he is cultivating 10 immediately tillable acres, prepping another 20 acres; he is also helping to renovate a farmhouse into a kitchen, office, and community space. Alongside the cropland that will be used to grow veggies, herbs, and flowers is an area of “marginal” land that will be managed as habitat, and a public forest garden with edible indigenous crops like berries and sumac. 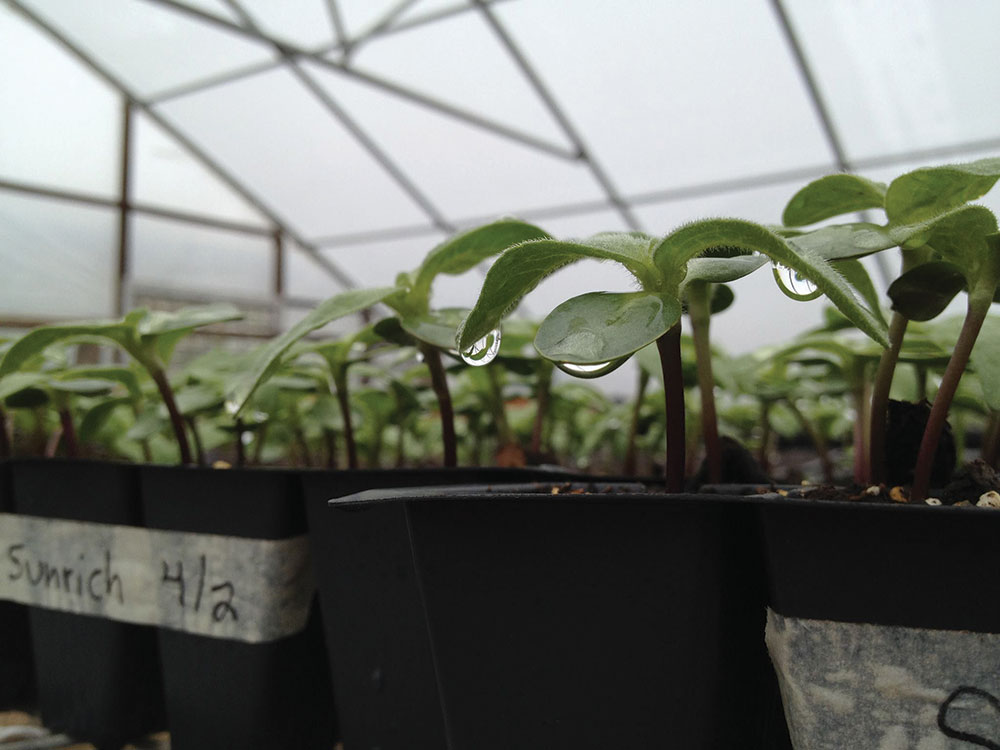 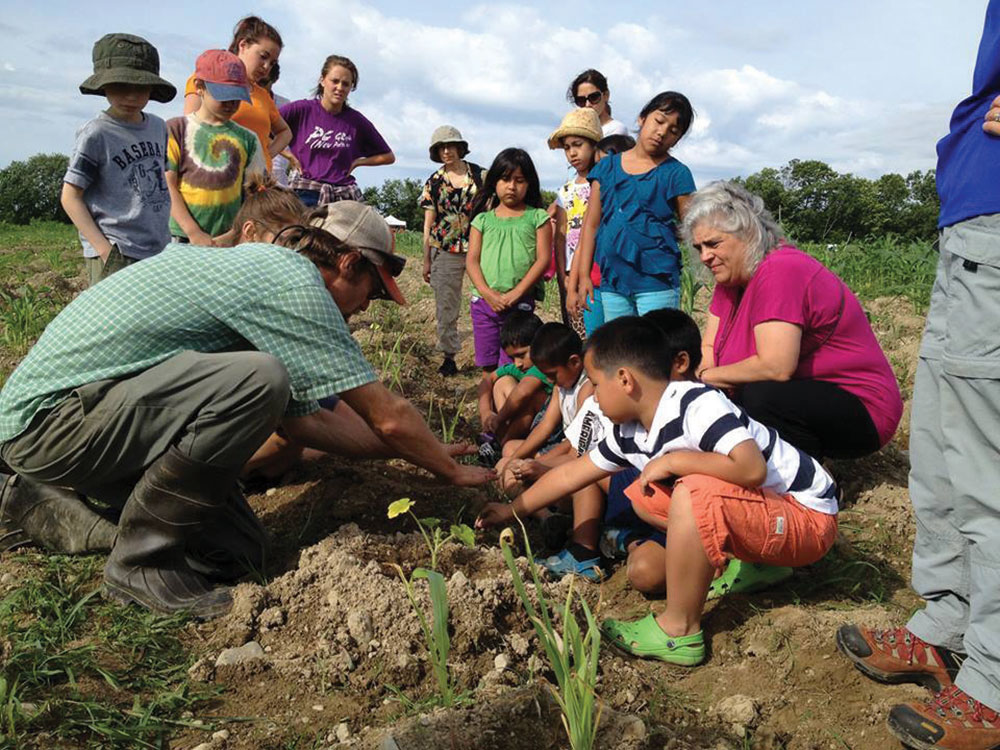 Seed Song Farm & Center will be increasingly open to the public for classes and special events. “We’re working with Kingston’s new African Roots Library to develop cross-programming between the farm and the library,” says Iversen, “and with Neetopk Keetopk to set up a canoe launch and an indigenous planting area and educational encampment. We worked a lot with them in Hurley, farmed together and ate together. Farms and barns have traditionally been a place for music, dance, and all kinds of community building through sharing culture and food.”

Community-supported agriculture shares will be available, with and without a work option, and Iversen hopes to establish Seed Song in a number of farmers’ markets. Most of all, he sounds like a man who can finally relax and get to work. “What a beautiful space this is,” he says. “Right near the shopping malls and the tech plant. The county bus comes right nearby; we hope to get a stop here. You get here and it’s another world, the Esopus going by, acres and acres of farm. … I hope to advance the public ethic of stewardship, because it matters for all of us.”